Yamaha CS1x: The digital synth with an analogue style

It’s the early 90s and everyone is making dance music except you! What do you do? Get some cool Roland analogue gear, or a cheap blue Yamaha with a digital heart? You go blue! 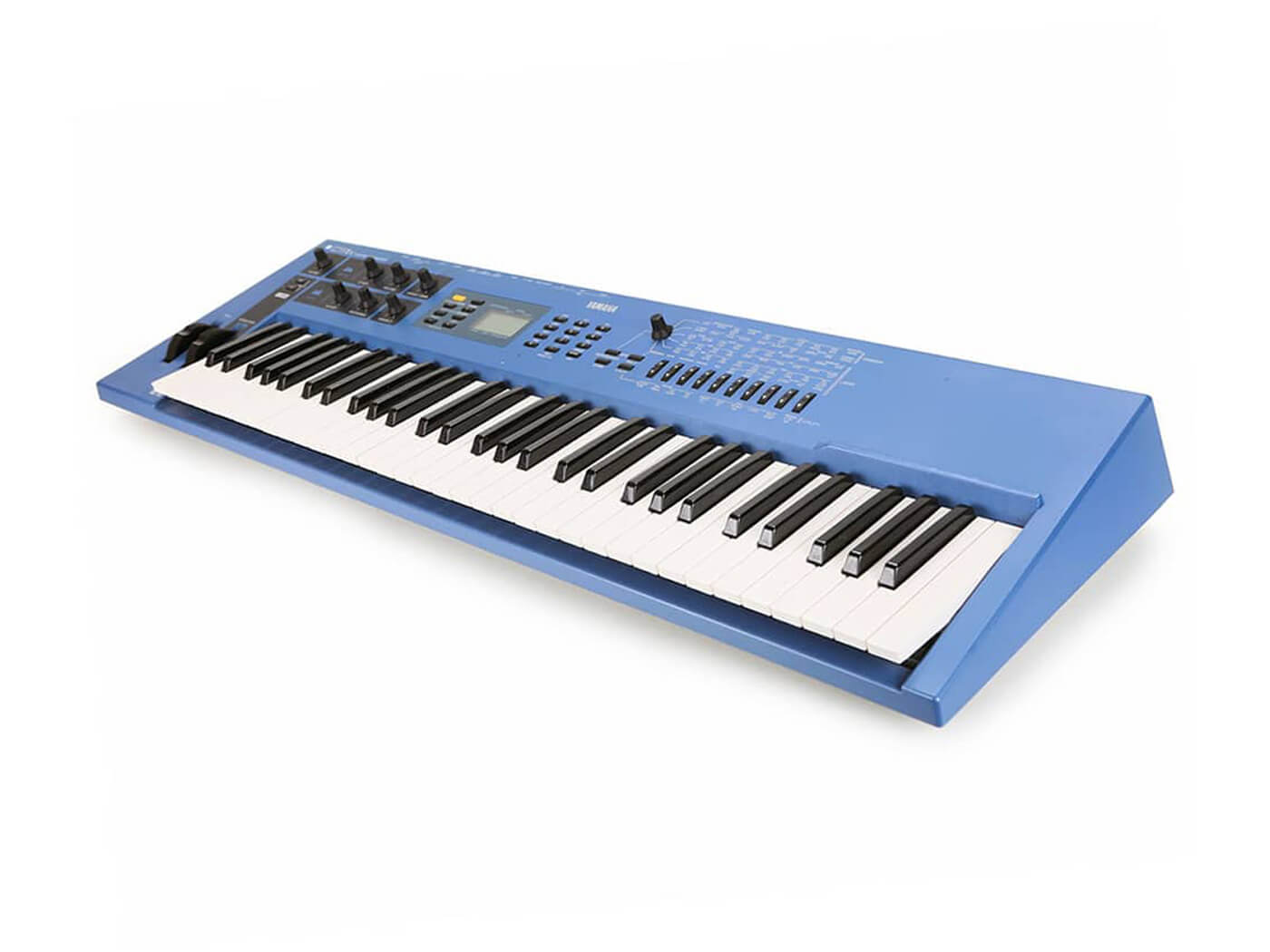 If you, like me, were attempting to make dance music in the 1990s, there was one obvious route: get something made by Roland, with an ‘0’ in its name. The TB-303 bassline and TR-808 and 909 drum machines were de rigueur for dance; in fact so monstrously
de rigueur were they that they were already starting to fetch silly money, silly money that I didn’t have as a struggling music-technology journalist.

However, as a music-technology journalist, I also knew that I could get a pretty good approximation of the filtered squeal of a 303 by merely twisting the filter and resonance knobs on any good analogue synth. Trouble is, this was 1994 and there were no good analogue synths. Everything was digital, black, sombre and knobless. Those of us attempting the squeals of dance, the filtered action of techno and the dark basses of jungle – and who couldn’t afford the big ‘0’ – were crying out for some kind of analogue revival. And – eventually, at least – we got one. Albeit a digital one.

It was the (then) smaller companies who realised that dance music had arrived and that it might stay around for a while, so the likes of Novation released the Bass Station to answer the huge demand for squelch, and Clavia released its virtual-analogue synth, the ‘Nord almighty’ Nord Lead. But the bigger companies weren’t too far behind. Korg released its Prophecy monophonic performance synth (’Korg Blimey’ I said in my review) and then Yamaha took everyone by surprise, releasing the CS1x, that looked like an analogue synth – a blue one at that – for silly money.

CS1x did everything us dance fans wanted and it did it for a fraction of a cost of those classic Rolands. With eight performance dials assigned to big filter and resonance parameters, plus an easy-to-implement arpeggiator, it did dance and it did it pretty well. And with a name like CS, those hands-on controls, and those swirling sounds, it certainly ticked all the analogue boxes, too.

But, really, CS1x was a bit of a fibber. Underneath that blue surface lay a very digital heart. While Nord, Novation and the rest were reinventing the analogue wheel digitally, Yamaha simply and rather cleverly wrestled its ‘analogue’ out of existing AWM2 technology, layering four of those sounds together in Performance mode. In fact, in Multi mode, the synth turned into a fully fledged XG MIDI tone module to deliver 480 very digital renditions of real instruments and other sounds.

Good(ish), but not analogue. It even did General MIDI – and if you’re not old enough to know what that is, I’m afraid to say it’s not a hilarious music-technology cartoon character, but a quite tedious way of making MIDI files of a certain format play the right (awful) sounds. (I hated it, but that’s another story.)

The CS1x, then, was very much a digital wolf in sheep’s analogue wool clothing, but you had to take your mid-90s reversed baseball cap off to Yamaha, because it pulled off the unthinkable: cheap and lush analogue. And it stands up pretty well today; just Google ‘CS1x demo’ and play the first video for some quite stunning sounds (albeit from newer ones than those found on the original machine).

The fact that you can get a CS1x for a few hundred dollars makes it quite a second-hand bargain, on the face of it, although the later AN1x was more like a proper virtual-analogue synth; it was powered by actual physical modelling and will do better ’analogue’, if that is your thing. However, the success of the CS1x eventually led to a vastly more powerful CS6x which would eventually lead into the MOTIF and then the MONTAGE ranges, so you could probably argue that the CS1x really was the start of something big.

A digital synth that did analogue, and an analogue pretender that eventually gave birth to Yamaha’s current digital workstation fleet. Not bad for a blue plastic synth with General MIDI.