Keeping Up With A Jones: Part 5 – Leg Hairs

MusicTech’s senior editor is building a recording studio from scratch and blogging every week on his progress. This week: success!   “So good they raise the hair on the editor of MusicTech’s legs”   For various reasons (see parts 1, 2, 3 and 4 of this blog) I still have a pretty empty studio. I’ve […] 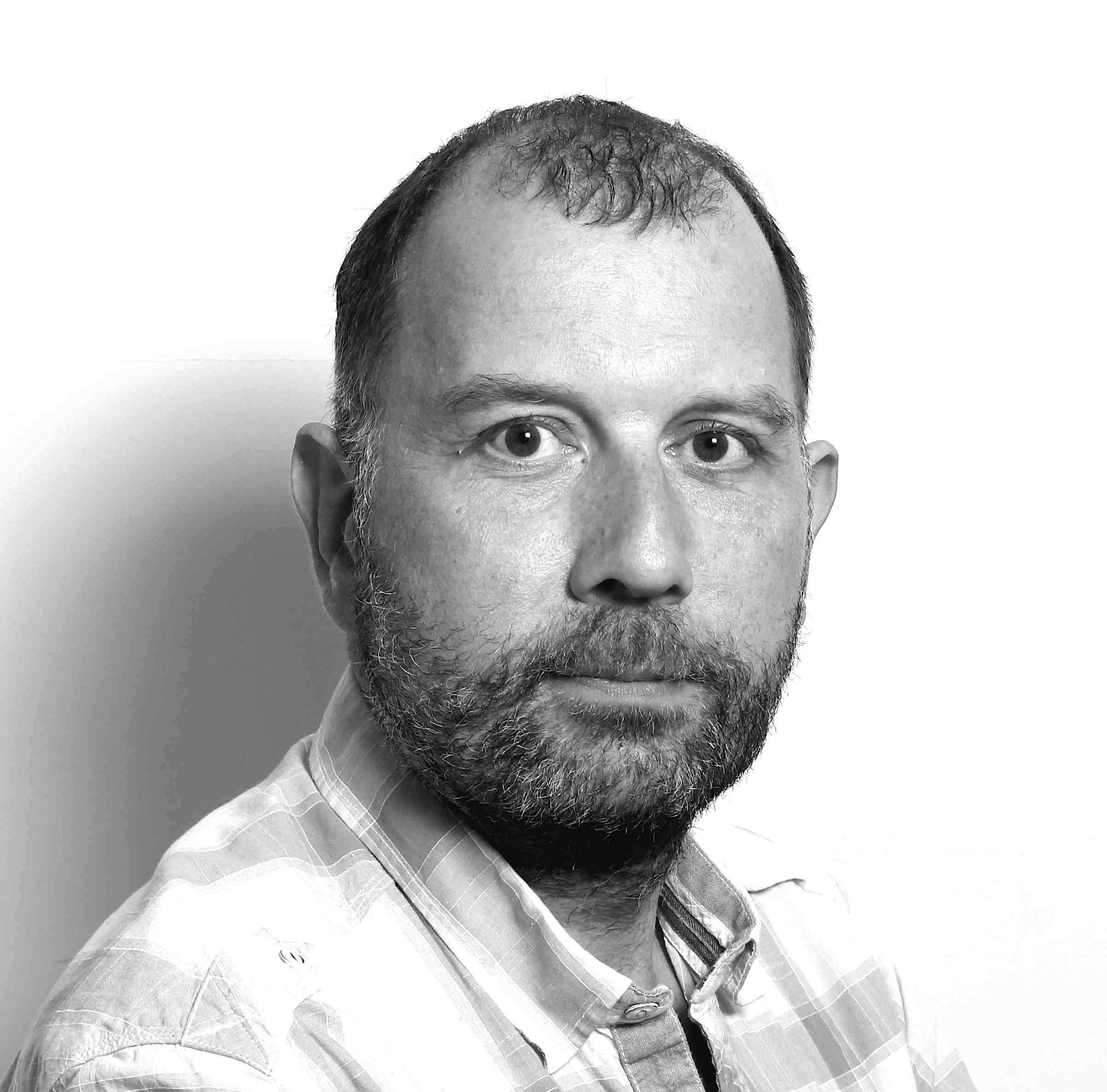 MusicTech’s senior editor is building a recording studio from scratch and blogging every week on his progress. This week: success!

For various reasons (see parts 1, 2, 3 and 4 of this blog) I still have a pretty empty studio. I’ve fallen at the first hurdle – choosing a set of studio monitors – by getting too many people to tell me what I want rather than actually going to audition some and making my own decision.

That mistake is now rectified and I’m sat in KMR Audio with Unity Audio Rocks, Focal Twin 6BEs and Neumann KH310s. My fourth choice: one of the PMC two.two range has so far eluded me for various reasons… The Neumanns and Focals are in a head to head and myself and MusicTech Digital Editor Andy Price are running through my chosen audition music. 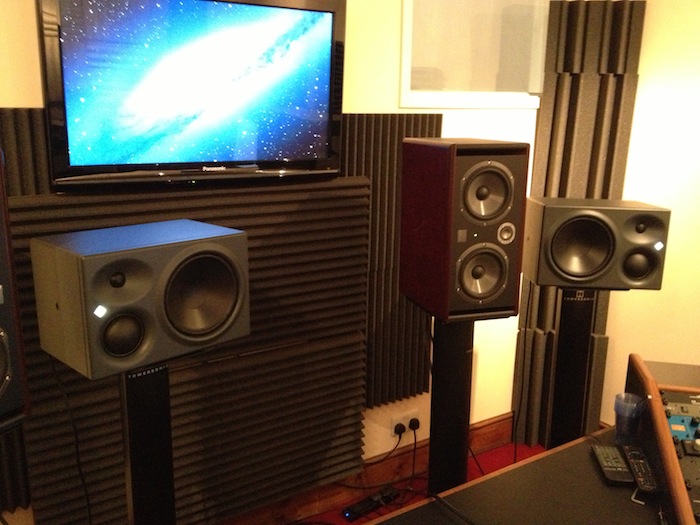 So far I’m pretty blown away by both sets but the Neumanns are sounding  ‘broader’ on some tracks. Better even… But, this is where my first problem is with hi-end monitors: does ‘better’ really mean ‘better’? What I mean is that just because a set of monitors is making my music sound amazing – or should I say a-maz-ing in italics – does that mean it’s great for mixing on. If my music sounds great on these, will that translate to sounding not so great on another less good set or cheap hi-fi monitors simply because I’ve been lazy in the mix stage cos it all sounds good?

I’m left a little baffled at this point but next up are Unity Audio’s The Rock MkII. They are two-way and the cheapest set on offer at £2100. If I’m honest budget is a consideration. I have a total budget of around £10k in mind for this whole project (where from I’m not sure at this stage, it has to be said) and, while I’ve always said that the monitors will eat up the largest share of that, one set of monitors will have to be seriously better than another for me to spend an additional grand on them. To my ears the Rocks sound flat – not flat as in bad but flat as in not coloured, which is a good thing. 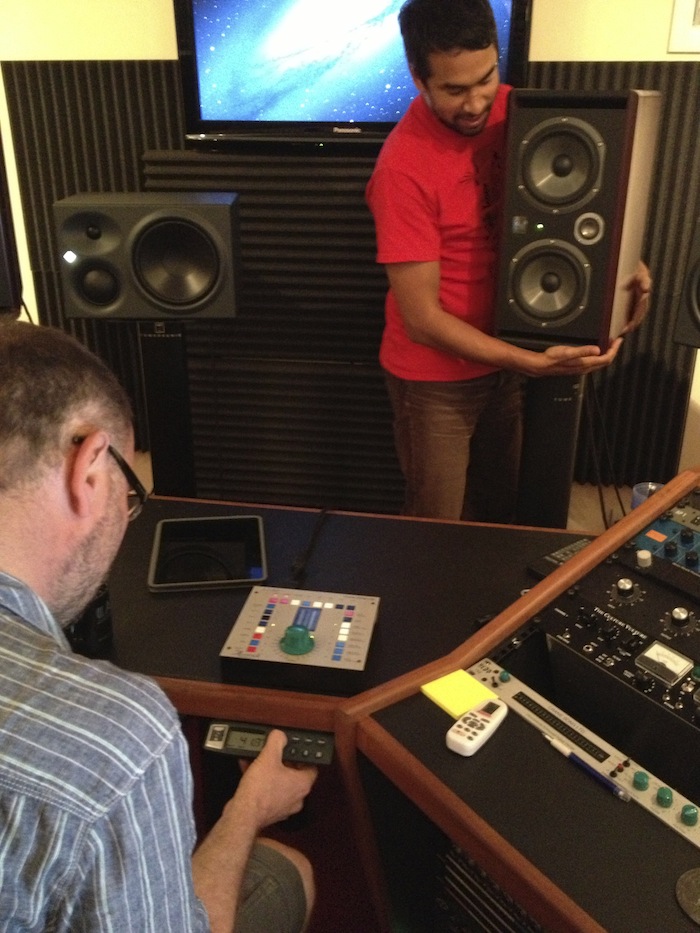 So do I want a great sounding set of monitors for mixing? Or do I want a true-sounding set? These are questions that I’ve been asking various people since my KMR listening sessions and, for once, opinion seems fairly uniform. The answer is, if you can afford it, both. Accurate monitors with a flat response will be great for the methodical placement of instruments and frequencies in a mix but will wear you down over long sessions. Great sounding monitors will be great for long sessions.

So I’m down to two sets: a more expensive set of accurate speakers which sound too good(!) or a cheaper set of flat monitors that sound very accurate indeed. My choice?

Before I reveal which I go for, let me explain a slightly OCD thing I have done in the past – stick with me as its relevance will become clear. A few years back I went through my entire iTunes collection and gave each track a rating out of five. Any piece of music that didn’t warrant a 1 star was deleted, the thinking being I would end up with a more streamlined collection of great sounding music. I’d also be able to turn to the ‘ultimate collection’ of music, the five star collection, at a moment’s notice. But how do you rate a piece of music at a maximum five stars? My answer – and this is quite personal and possibly a bit odd when you first read it – was that if, on listening to said track, the hairs on my arms stood on end, it got five stars. Fairly unscientific, I know, but music is so personal why not? 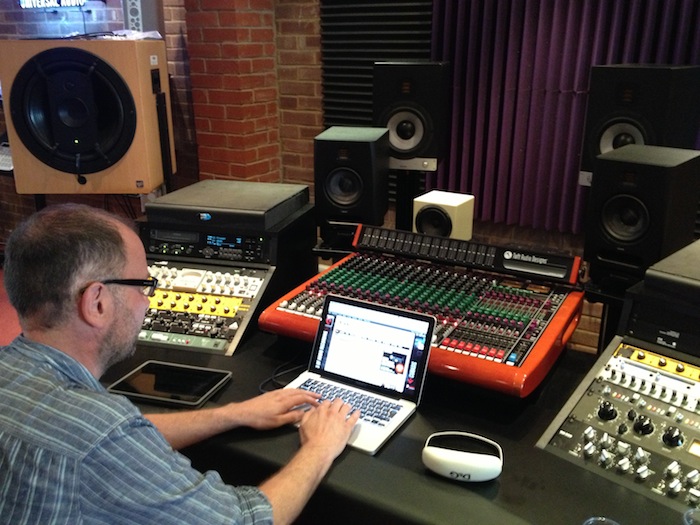 And ‘personal’ is a word that pops up with monitor auditioning too. I could tell you the frequency response of this, the power of that, the depth, the breadth, the EQ curves… I could baffle you with baffles, chuff on about chuffing, tweet the best tweeters (I could go on) but when you are at a certain price level, pretty much every set of monitors will sound great in isolation so you need something else to help you make what I now realise is a very personal choice. I’m going to be working with these monitors for (hopefully) years so we have to get on with each other. So I need something else. It might come down to the colour, the name, just something else beyond the spec. Or, indeed, something quite bizarre.

So I’m auditioning away, listening to some of my hair-raising five star music on what are arguably the three best sets of monitors in their price point and something personal happens to help me make that choice: the hairs on my legs raise for the first time ever. And that’s how I make my choice. After a couple of months of dillying and dallying, of advice from experts, of auditioning, of laughing, crying and eventually going slightly mad, I choose a set of monitors – the Unity Audio Rocks, by the way – because my leg hairs become erect while auditioning them. (Who’d have thought I’d write that sentence a couple of months back at the start of this process…)

Unity Audio don’t advertise with MusicTech (and hopefully this helps to confirm to some extent that, of course I’m not making any buying decisions on who does or does not support our website or magazine) but they are very welcome to say ‘so good they raise the hair on the editor of MusicTech’s legs’ in any of their future promotional material.

I suspect they won’t take me up on my offer…

So my choice is finally made, but then, potential disaster strikes. MusicTech’s monitor expert Huw Price originally recommended PMC’s DB1S-As to me what seems like a lifetime ago but they were subsequently discontinued and we hadn’t had a squeak out of PMC about their replacement, the two.two range, nor were any available at KMR to audition so I wrote them off.

But what happens the minute I decide to get The Rocks? PMC ring to say they have finally got a set of two.two.6s for us to review…

Next week: the PMCs arrive for Huw Price to review for MusicTech, but end up at the editor’s house instead…