Garry Garritan Interview – The Man Who Can

Liam O’Mullane ventures to Abbey Road Studios to meet multi-sampling legend Gary Garritan and gain an insight into the Abbey Road CFX Concert Grand virtual piano and a secret new project… When someone has dedicated their life’s work to creating convincing, sampled orchestral sounds that always offer an intuitive and playable interaction, it’s a real […] 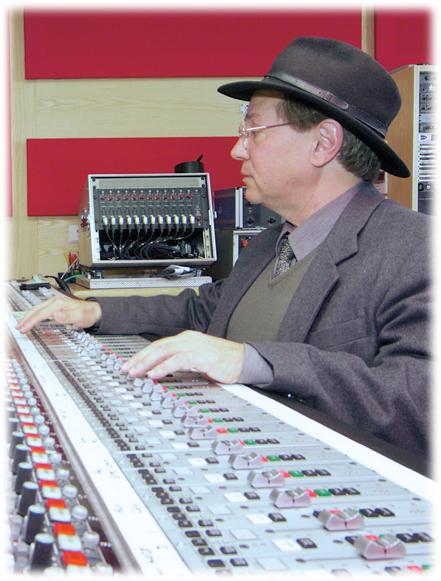 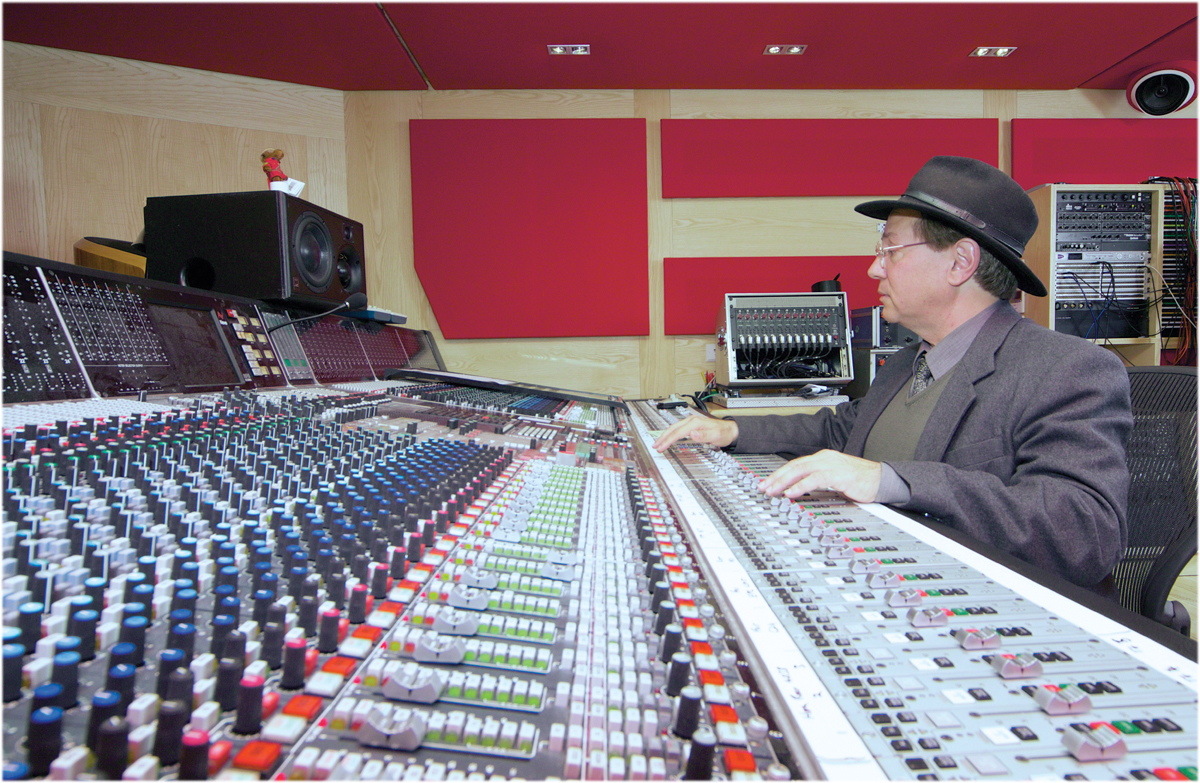 When someone has dedicated their life’s work to creating convincing, sampled orchestral sounds that always offer an intuitive and playable interaction, it’s a real honour to see them mid-session in one of the finest studios the globe has to offer. When we arrived at Abbey Road, Gary Garritan had just wrapped up his CFX Concert Grand session in Studio One (which was reviewed last issue), and was midway through a new project in Studio Two.

This iconic live space was filled with a lust-worthy array of microphones, placed near, mid and far from a performers’ seating arrangement. Gary was extremely secretive about this project, only telling us that it was based around ‘natural instruments’, which really just lets us know that he’s not suddenly decided to go techno on us. But before we push for more secrets of his craft, let’s look at why Gary has received such huge acclaim over the many years he’s dedicated to the industry.

A History of Passion
Gary has been a musician since his early years, and it was his obsession with the harp that led him to discover the world of sampling. After designing a MIDI harp he needed to create high-quality samples to trigger, which turned into the renowned Giga Harp library. This was merely the first step of Gary’s career in sample library development.

Whereas some developers might focus purely on capturing acoustic instruments, Gary’s focus is equally placed on MIDI playability for live performance. This is well evident when he shares his reason for creating the CFX Concert Grand virtual piano.

“There’s a plethora of piano libraries already in existence,” says Gary. “We counted over 100 sample-based libraries the last time we checked. Since Henry E. Steinway in the 1800s there hadn’t been any major advances in piano technology until more recently with the Yamaha CFX piano from the CF series. The CFX created a new standard and no-one has sampled it yet! Abbey Road Studios is the best location in the entire world to record a library like this – we worked with the best piano, studio space, gear and engineers to create a package that’s above and beyond what’s already out there.

“We were acquired by MakeMusic Inc. a couple of years ago,” he continues, “so our team is really strong, consisting of programmers from the older group who came over to MakeMusic with me, along with newer members from MakeMusic themselves. The CFX Concert Grand was a very complex project, using 40 microphones to capture various dynamic levels. We captured sounds from the barely audible pianissimo to very loud fortissimo, and everywhere in-between. The mics capture aspects, like the player’s perspective, with a binaural head, to room and ambience using a wealth of Abbey Road’s excellent mic selection. These aspects can then be controlled by the user with the ARIA engine within the sample library interface.”

When sampling an instrument there’s a certain skill level required from the performer as well, and Abbey Road regular Sally Heath (who often plays as part of the prestigious London Metropolitan Orchestra) was chosen. Her credits include playing on the soundtrack for the classic movie Truly, Madly, Deeply as well as providing music for legendary British TV series Inspector Morse.

Though she is obviously well versed in professional work it was her first sampling session, and Gary notes that there’s a meticulous level of detail required.

“It’s a rigorous session, not just playing scales as some people imagine,” he says. “You have to be incredibly precise to achieve the right dynamics, and with 12-hour days, stamina is essential, especially as this project required about a week of recording work. There’s also a huge amount of pre-production preparation to carry out before any of this happens.” 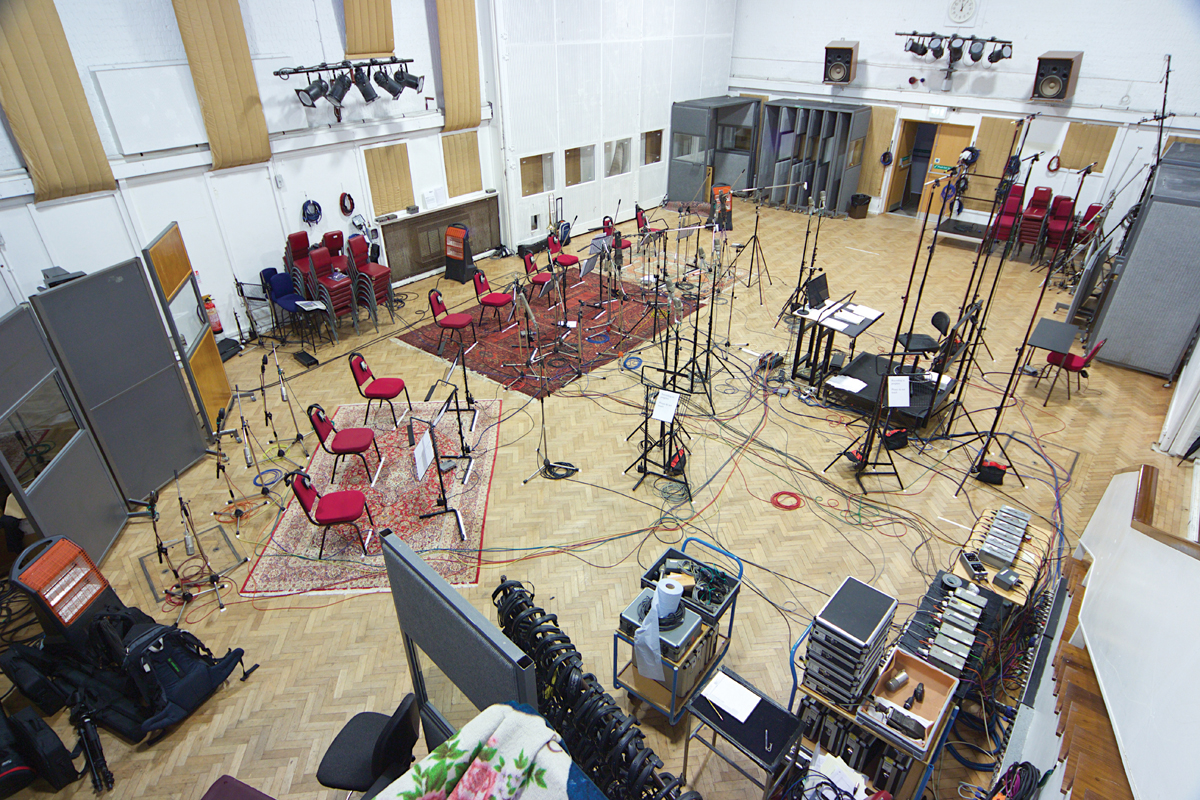 We arrived the day before a sampling session at Studio Two, and saw the work involved in setting up the room. This not only required positioning the player and equipment, but also involved testing and balancing all the mics to optimise the set-up for a smooth recording session.

Ch-Ch-Changes
Gary and his team employ a modern approach to multi-sampling that reflects the changes that have occurred over the years in equipment and software.

“Well as you’d expect it’s vastly different,” says Gary. “There have been so many changes in technology that it’s like night and day with the difference of hard-disk streaming, disk space, interface tools and so on.”

When it comes to hard-disk space with multi-sampling, Gary always keeps a close watch.

“There’s always a danger of overindulging and letting libraries grow to behemoth sizes,” he says. “We do want to capture as much as possible, but we also need to keep things simple and manageable for the user. So we go for the best source material possible and then use smart technologies to keep the library sizes as minimal as we can.

“For instance, instead of using the round-robin technique, which might require 16 samples of the same note per articulation, we’ll take a few samples and use intelligent technology to vary them. Round-robin is commonly used in the industry to avoid a machine-gun effect, so if you program in a rapid sequence of notes the sampler automatically moves between the 16 samples for a natural-sounding variation. However, we use a different approach requiring fewer samples by applying variations using algorithms, impulse responses, tone variation and minute changes in pitch. This potentially means we use a small fraction of sample space on the computer. This approach offers infinite variations, whereas the pure round-robin approach is limited to the number of samples recorded”

This whole smart technology approach started with the first Garritan Personal Orchestra release. “We wanted GPO to be a library that could fit onto any computer, as it was a time when disk space was very limited.”

The focus on playability in each Garritan release depends on the user’s ability to express their ideas in real time using various controls and features of the library. This also relates to aspects of resource design and efficiency.

“MIDI playability is important to work alongside a musician’s creative impulses,” explains Gary. “You want to be able to play quickly and capture an idea as it happens. The problem with the larger libraries is that they can take a while to load up, be spread across different computers, and then you need to load different articulations and work between them. By the time this is done, the wonderful epiphany of inspiration will have vanished into nothing.” 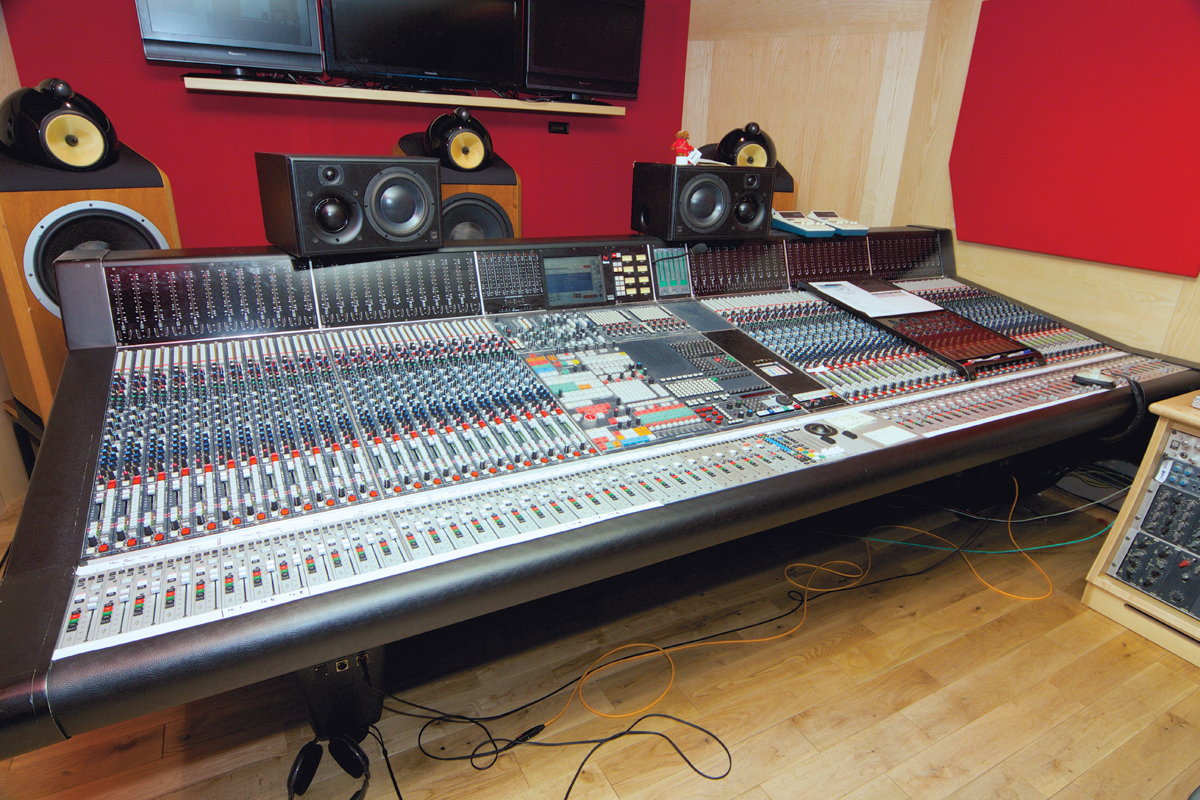 Although the CFX recordings were conducted in the high-end environment of Abbey Road’s Studio One, this type of location is quite unique.

“We usually work out of concert halls like Benaroya Hall in Seattle, Troy Music Hall in New York, the Rudolphium in Prague, or the Chan Centre in Vancouver,” says Gary. “These spaces are designed for orchestral sound and are therefore great. I’ve also recorded in less conventional spaces like caves to create some fascinating impulse responses and capture a few instruments too.

“When working in these non-studio spaces you do have to deal with environmental sounds that you have little-to-no control over. This involves a post-production process to edit out unwanted sounds. With these Abbey Road sessions it’s much easier since it is the finest studio in the world and any unwanted sounds are kept to a minimum, meaning less post-production work is required.” 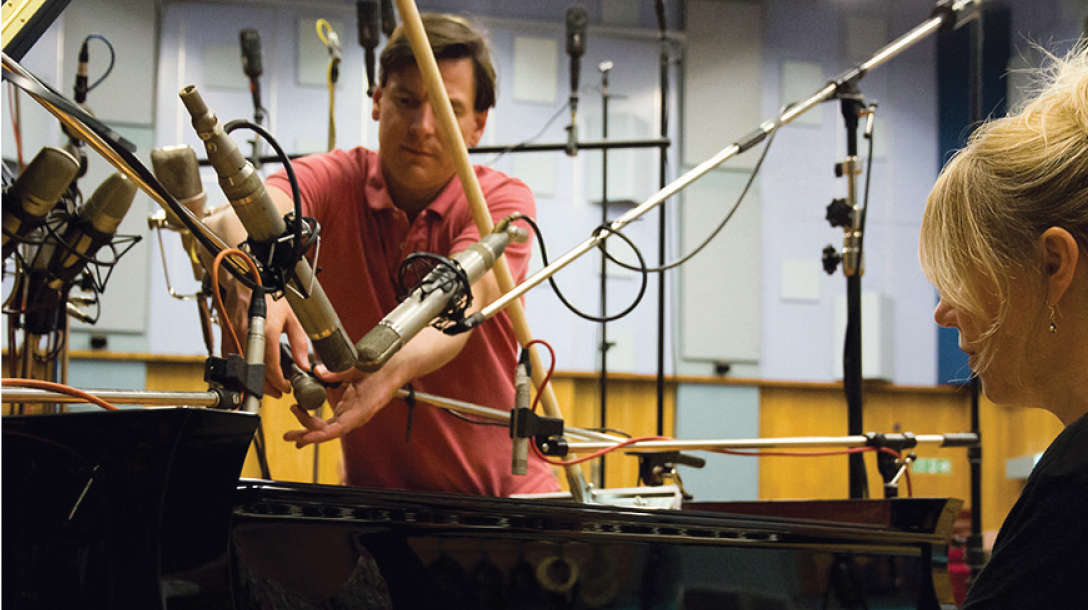 Future Technologies
During our interview Gary mentioned the obvious need to tune and calibrate any instrument being recorded for the most solid performance and therefore best recording possible. This sound advice then led to an insight into a very interesting plan that Gary has.

“We are taking dynamic response mappings now as we record,” he says, “so in the future we can release templates for various MIDI controllers. The idea is that these mappings will offer the user a more accurate playing response from their own MIDI controllers at home as they’ll be calibrated to the instrument that has been sampled. This potentially means that you could select your controller and have as close an approximation as possible of the feel of the real instruments at you fingertips, which is a very exciting prospect.” 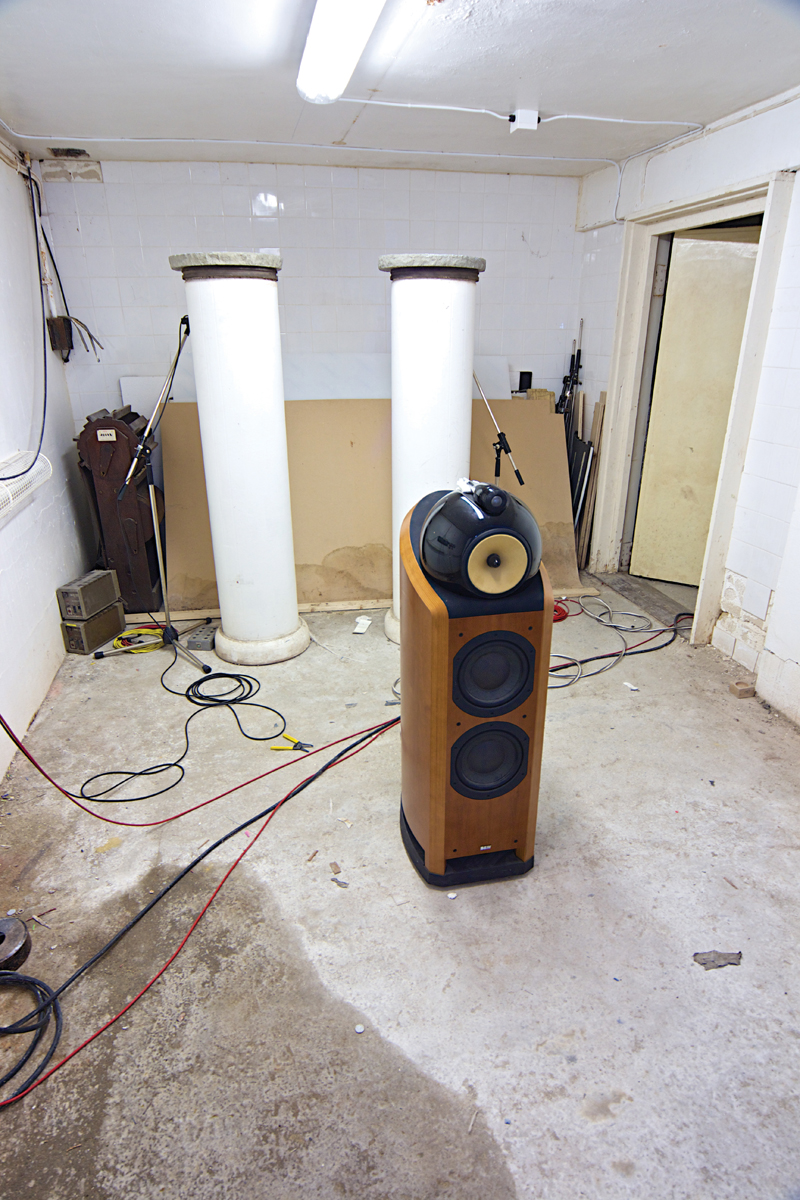 While we had roaming access to Studio Two we took a sneak peek in the famous echo chamber that sits just outside the live room. The sound is sent from the control room and pumped through a full-range speaker unit, which is then picked up via room mics and returned to the desk for balancing with the dry source sound.

The Next Step
Before we say goodbye to both Gary and the historical surroundings of Abbey Road, he leaves us with his outlook on what he’s waiting on for the next evolution of instruments.

“Ideally I like to go for recording different types of sounds that haven’t been done before. I think we need a new musical genre, and I find that it’s new sounds that create the genre. 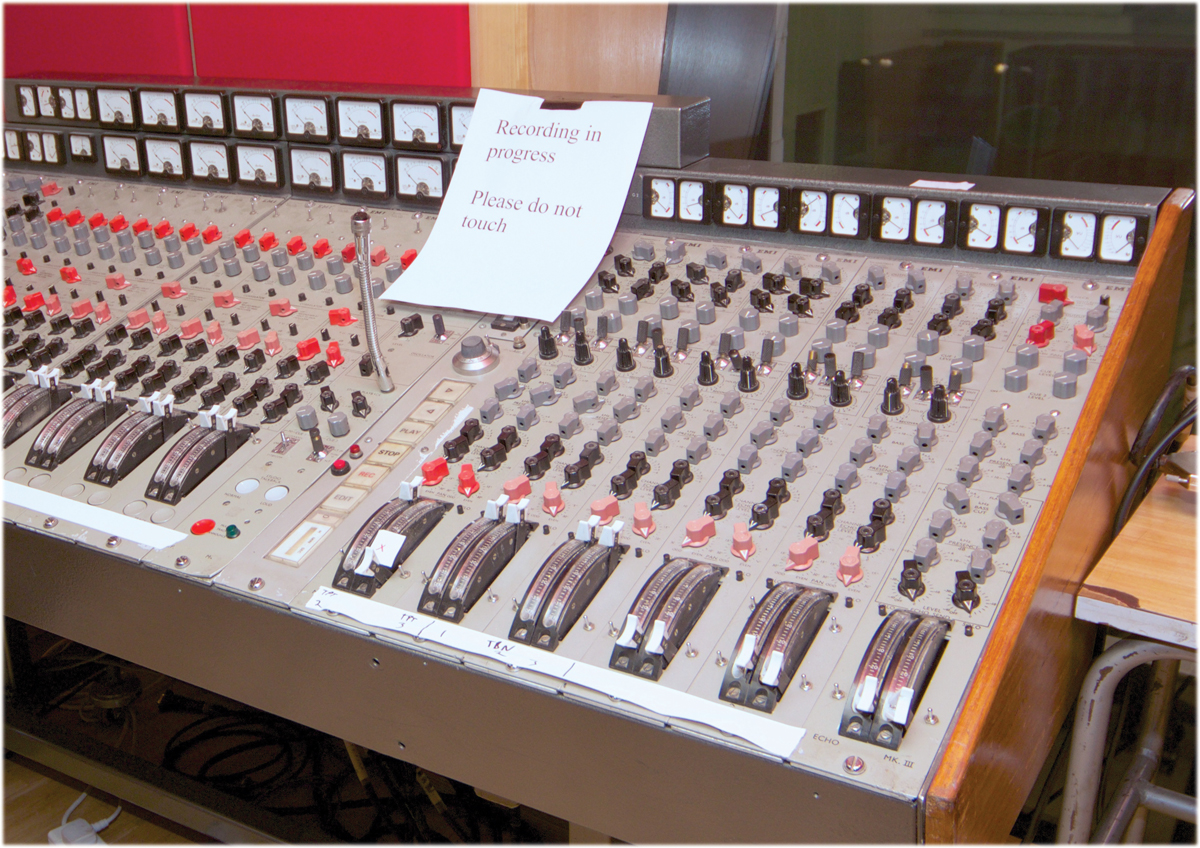 Studios One and Two both use Neve 88RS desks with 72- and 60-channel configurations, respectively. There’s still a big nod to the history of this studio thanks to an EMI TG desk sitting at the side, overlooking the live room.

“We had the orchestral revolution in the 1700s and 1800s where many of the instruments of the time started to group together to form what became orchestras. Then in the mid-1800s to early-1900s you had new instruments such as saxophones and so on that resulted in the jazz genres. Then electric guitar became popular in the ’50s and ’60s and another new genre was born. Then, of course, electronic sounds resulted in a new age. I’m still waiting for the next new sounds to come that will create the next musical genre.” 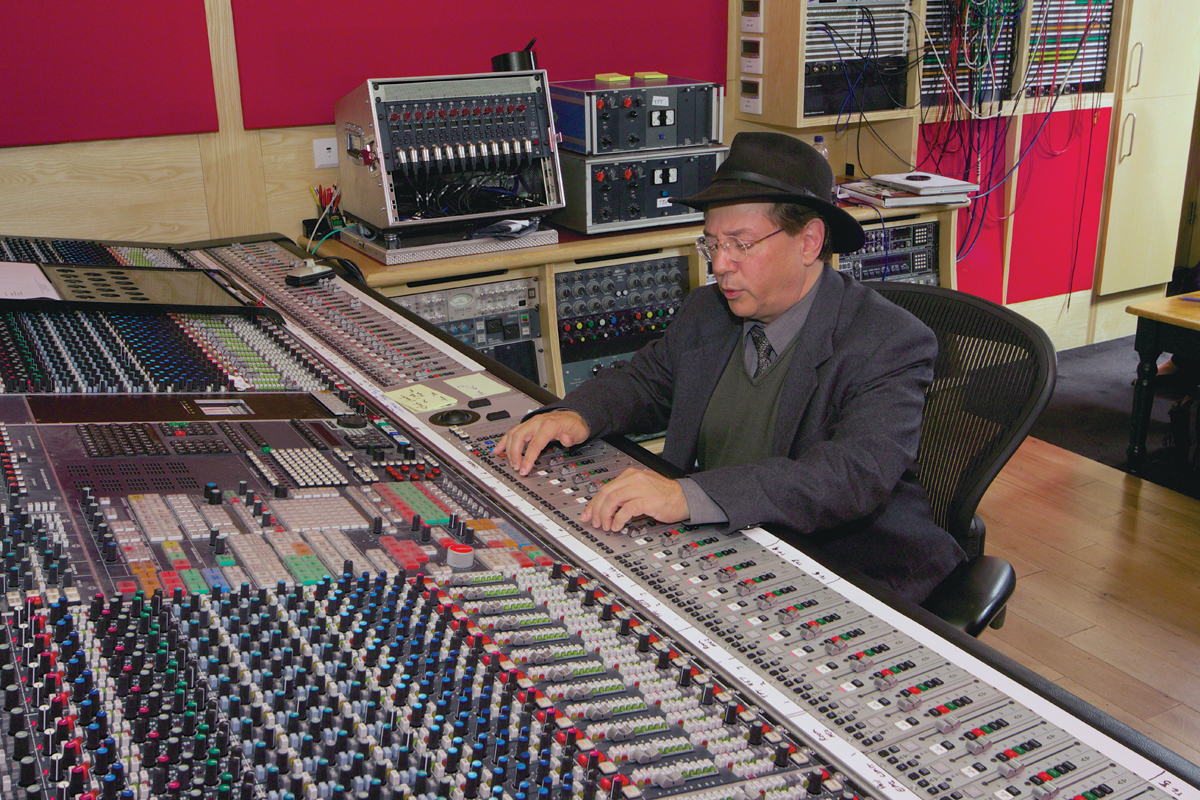 “As part of MakeMusic we’ll also be striving for a closer integration of sample libraries and there are, of course, exciting new libraries on the way. I can’t disclose any information right now, but the best is yet to come.

And what was the end result like? Check out our review of Garritan CFX Concert Grand