Album Crafting: Part 7 – The Lion and the Unicorn

Andy Price re-examines an older track in this latest blog, and is inspired by the range of music he’s heard from readers…   “Today’s musician doesn’t necessarily need access to a high-end recording studio to make superb music” These last few weeks have signalled an interesting development in the crafting of my new album – […] 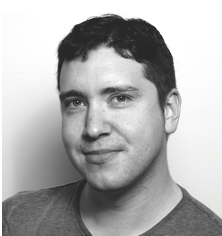 Andy Price re-examines an older track in this latest blog, and is inspired by the range of music he’s heard from readers…

These last few weeks have signalled an interesting development in the crafting of my new album – although in my last blog I was busy exploring the sonic potential of a range of new instruments, including the Novation Mini series and wondering whether the sounds on offer would push me into a new more experimental direction – this last week I’ve been very much going back to basics.

I’ve been writing stripped down acoustic music on the whole, with little (if any) overdubbing or external melody writing aside from the basic chords and the vocal melody. This approach I think is very much a reaction to my attempting to open up too much to a range of new sounds – my natural OCD has pulled me right back to basics!

The most important thing to think about has been the overall tone of the album , rather than the individual tracks themselves. I’ve written multiple songs with a similar feel now and I think I’m heading for an autumnal, nature-y vibe on the whole. A bit of a departure from my original ideas which were much more progressive (read: bonkers!) I often find myself pulled from pillar to post when songwriting for a project such as this, frequently having flurries of exciting ideas that quickly turn to dust almost as soon as they’re written.

Here’s a song that I actually wrote a long, long time ago (summer 2007 to be exact) I resurrected it last year, adding a little more guitar and lyrical texture. I’m thinking of doing the same thing with a few other older songs written at the same time. Although not entirely recycling the songs as such but as some musical ideas that might inspire more melodic ideas.

The track was exhumed when I reached a point last year when nothing new or worthwhile was manifesting itself – yet this song was one of my most frequently played when just sitting around, warming up on the acoustic guitar. I decided that it pretty much suited the tone of the album and that I should add more elements to cement it’s inclusion amongst the other tracks. The Lion and the Unicorn was the songs’ original title – borrowed from a George Orwell essay that the original lyrics of the song was inspired by – despite the lyrical changes I decided to keep the original title. I think overall this decision was a good one.

Even though when I listen back to the finished album now The Lion and the Unicorn does stick out somewhat. I wrote and added the final coda last year which wasn’t present in the original version of the song, a multi-tracked guitar line backed up by orchestral strings and high-frequency choral synth just gave the song a more jubilant end which I’d always thought it had needed. Writing that part of the song alone to me made re-looking at the song a justified use of my time.

I received some feedback on the song that told me that the lyrics should be more open and accessible as the music itself, which I agreed with and ultimately re-wrote the lyrics again. I’d tried to cloud their meaning with too many layers of ambiguity, not necessarily wrong but in pure songwriting terms audience-limiting.

In the meantime I’ve recently been rediscovering the pure joy of actually listening to music, the communicative and inspirational qualities, and try and bear that in mind when I write my own new songs. Our recent ‘Send Us Your Music’ campaign has brought much new and interesting music into the office from our readers which has proven to be both fascinating and exciting. A reminder that today’s musician doesn’t necessarily need access to a high-end recording studio to make superb music.