The Moog synthesizer is 50 years old this year. Over the next few issues we’ll be celebrating in style and kick things off by talking to Bernie Krause, the man who brought the Moog to the masses… The ‘inveterate technophobe’ Bernie Krause conquering his  fears… Get away from your computers and discover the real world. […] 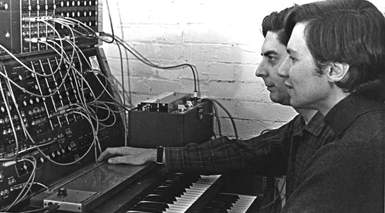 The Moog synthesizer is 50 years old this year. Over the next few issues we’ll be celebrating in style and kick things off by talking to Bernie Krause, the man who brought the Moog to the masses… 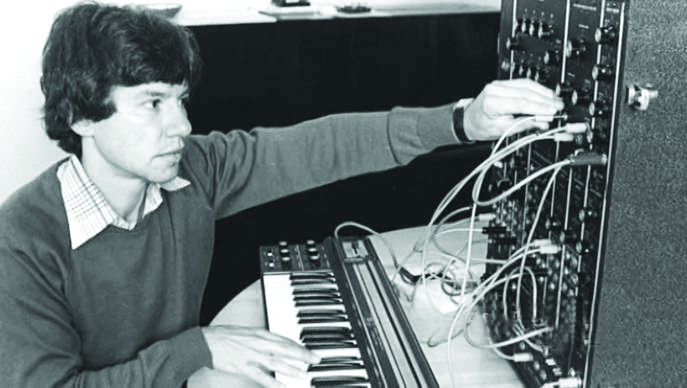 Get away from your computers and discover the real world. That’s the philosophy of the man who brought the sound of the Moog to both pop music and feature films. Bernie Krause has some very definite opinions on technology and music making, and talks exclusively to MusicTech this month. In case you are unfamiliar with Bernie, he is one of the most influential musicians of the last 50 years with a career very much entwined in technology…

Born in 1938, Krause studied classical composition from the ridiculously early age of four years old before eventually settling on the guitar. This led to a slot in the band The Weavers (replacing Pete Seeger) before he went on to study the fledgling subject of electronic music at Mills College in San Francisco during which time Karlheinz Stockhausen was in residence there. It was also here that Krause met Paul Beaver to form the immensely-successful partnership Beaver & Krause. Together they began to champion the Moog synth, playing it on the Monkees Star Collector (one of the first pop songs to feature a synth) before playing with The Byrds, Stevie Wonder and The Doors, and introducing the synth to George Harrison in 1968. 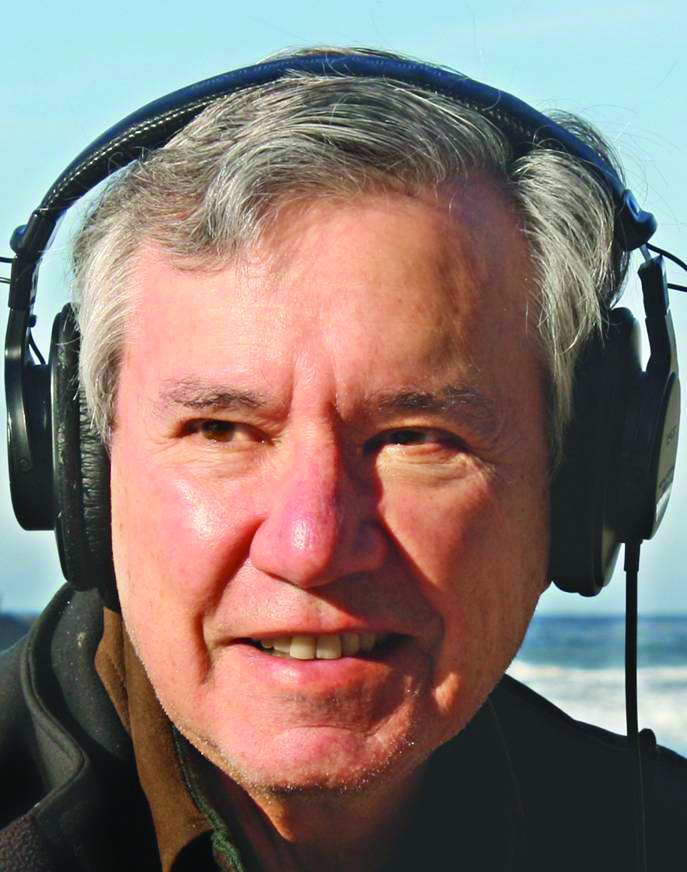 The pair went on to provide synth sounds for some of the biggest Hollywood films of the time including Apocalypse Now and Invasion Of The Body Snatchers. Since Beaver’s death in 1975, Krause has continued to release dozens of recordings of natural found sound from various environments, but the sound of the Moog is still close to his heart and he’s presenting a Moog film at the Cheltenham Music Festival in July as well as performing his soundscapes with The Great Animal Orchestra. (See later for details).

MusicTech: Tell us about your history with Moog synths – how did you get involved?

Bernie Krause: In the mid 60s, as an inveterate technophobe, I met a very patient and kind man, Paul Beaver, who later became my music partner. Together, we bought one of the first Moog models (III) and introduced it to pop music and film on the West Coast and to some extent, the UK. Paul’s tutoring gradually gave me the confidence I needed to overcome the fears of the technology and to pass onto others, some of the skills that Paul imparted to me. Together and/or separately, we contributed to 135 feature films and can be heard on somewhere around 250 albums of the 60s and 70s (and after Paul’s death in 1975, my efforts into the early 80s). Paul and I turned out five albums, among them In A Wild Sanctuary, The Nonesuch Guide To Electronic Music, and Gandharva.

MT: What was it about the early Moogs that drew you in to using them?

BK: I was intrigued by how simple they were to use, especially with the re-creation of typical sounds I wanted
to reproduce.

MT: Tell us a little about your time at Mills college and your experience with Stockhausen?

BK: When I first arrived in California during the mid 60s, I enrolled as an auditor in the Mills College (Oakland, CA) Tape Music program. Stockhausen was lecturing both at UC Davis and occasionally at Mills. I loved hearing him talk, although, to be frank, understood very little of what he was trying to impart. It was a level of Germanic esotericism that was meant to obscure and fill time. He filled only a small amount of mine since I have a serious case of ADHD and little patience for that kind of stuff. 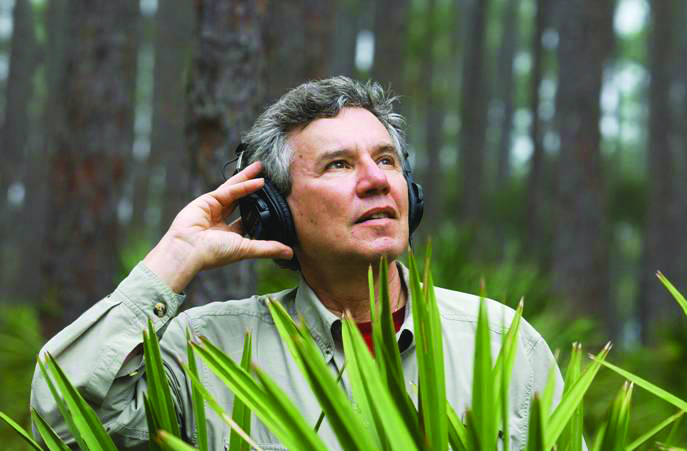 Sounds from the natural world are now Bernie’s passion…

MT: Tell us about a typical film score project?

BK: Our involvement ranged all over the place. Sometimes we did just sound effects (like Rosemary’s Baby). Sometimes both music and effects (like Apocalypse Now). And sometimes just contributed to the musical score (like Performance, with Mick Jagger).

MT: What about your relationship with Bob Moog – did you know him well?

BK: We both knew him on a professional level, mostly. But when we were at AES conventions, we managed to hang out together for short periods of time. But I cannot say that I knew him, well. That said, we were one of his most successful sales teams for the instrument.

MT: What advice have you picked on your musical journey thus far that you can pass on?

BK: Shut up and listen.

MT: What drew you to music in the first place?

BK: I gravitated toward music because hearing and reproducing sound has always been a stronger link to the wider world that what I could see with limited vision. So my world was informed by sound.

MT: Explain the fascination you have with natural sounds?

BK: I think you should listen carefully to the sounds of the natural world. Get your lardy butts away from computers, iPhones, iPads, far away from enclosed environments, and as deep as you can into the remaining pristine forests of the world. Everything one needs to know philosophically, technically, or practically about music that can be found in the biophonies expressed in those wild habitats. That includes melody, harmony, rhythm, organization and expression across time. There is no better inspiration or teacher or place to perform or record.

MT: Tell us about the Cheltenham Music Festival – how did you get involved?

BK: After reading my recent book, The Great Animal Orchestra, Richard Blackford, Balloil College Oxford composer-in-residence, called to ask if I would be interested in collaborating with him on a symphony based on the main themes of the book i.e. how animals taught us to dance and sing and how natural soundscapes could be integrated into the sounds that humans produce. Richard understood the concept immediately, and we have had a wonderful collaboration over the past two years.
I contributed natural soundscape recordings which Richard then integrated into the symphonic score such that this is the first Western composition to completely embrace biophonies as a component of the orchestration.
Richard connected with Cheltenham and arranged for a commission to have the premier at this summer’s Music Festival, with a performance by the BBC National Orchestra of Wales, Martyn Brabbins, conducting. 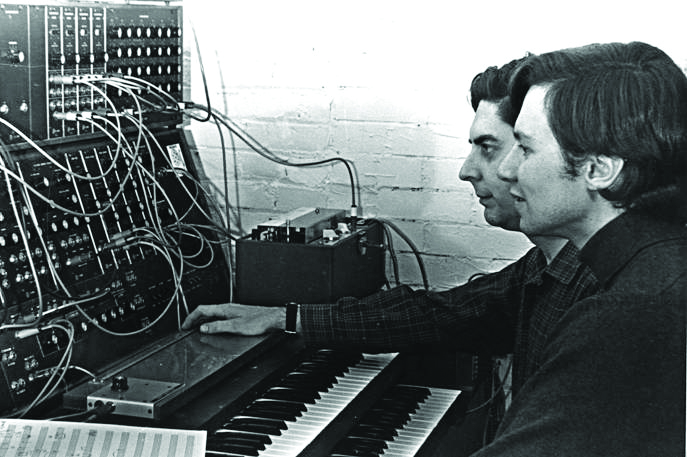 One of the best sales teams for Moog, Krause and Beaver brought its sounds to the masses…