Add heft to your tracks with precision by creating bass drums from scratch. 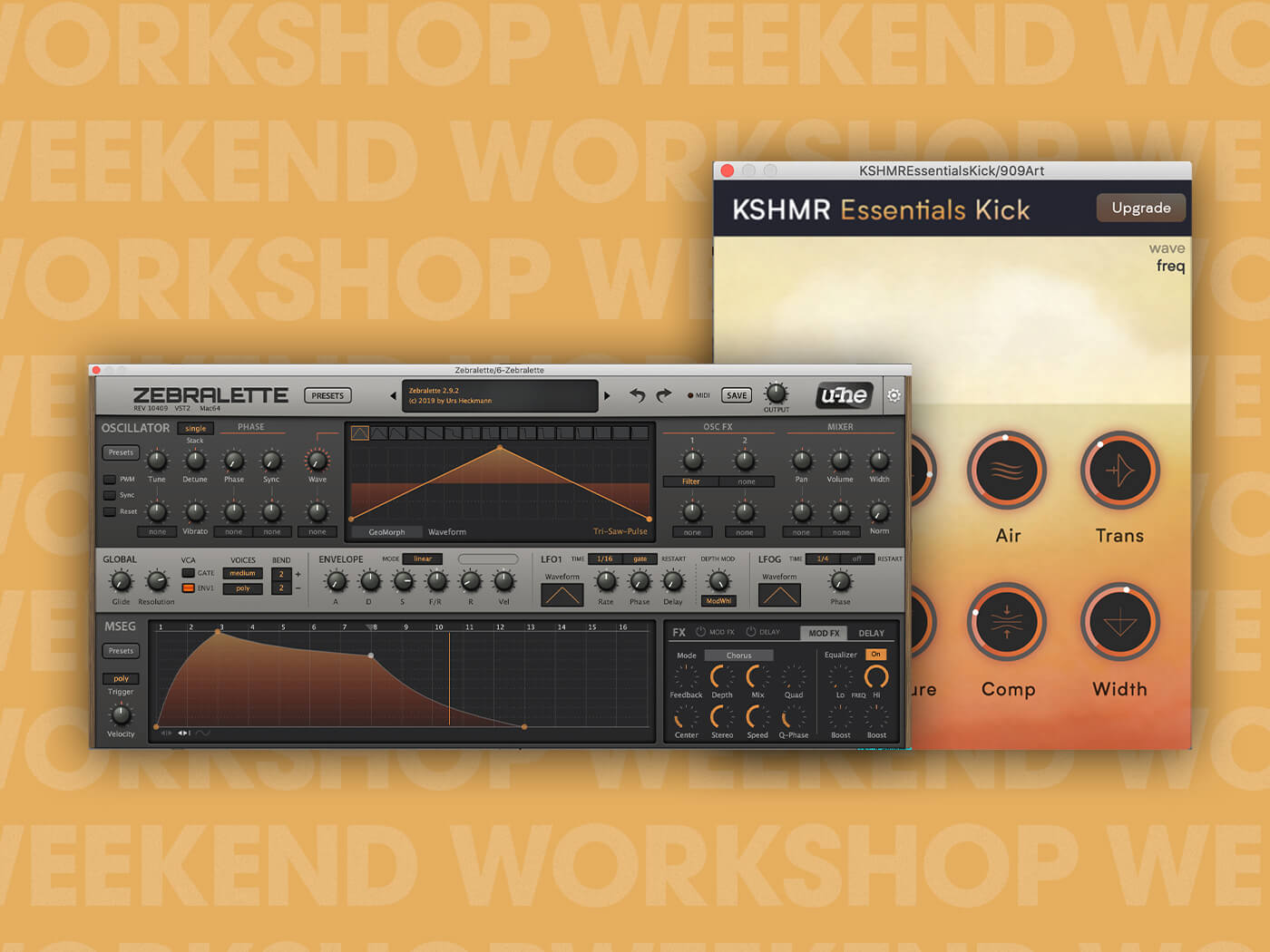 The bass drum is the beating heart of electronic music; from deep ambient impacts to the driving four on the floor beats of House and Techno, it sets the pace of the track and can even change the mood.

In this Weekend Workshop, we’ll be creating two bass drum sounds modelled after a pair of classics, first pioneered by Roland in the 80s. The 808 and 909 kick drums have been the backbone of electronic music for decades; today we’ll be using U-He’s Zebralette and W.A. Production’s KSHMR Essentials Kick, to create modern takes on these two sounds.

Zebralette was first introduced in 2005 as an introduction to U-He’s Zebra 2 plug-in. While Zebralette only has one oscillator to Zebra 2’s four, it is still a powerful polyphonic synth with two LFOs, 24 spectral effects, and a multi-stage envelope generator. The ability to draw your own waveforms and then cycle through them with one of the available modulators, even allows Zebralette to function as a basic wavetable synth. This gives us more than enough features to create a wide variety of kick drum sounds. Zebralette is available for macOS, Windows, and Linux in VST, AU and AAX formats.

Essentials Kick, meanwhile, is a collaboration between EDM artist, KSHMR, and W.A. Productions. Kick pulls the ‘Kick’ module directly from the full version of the Essentials plug-in and provides a one-page interface for processing your kick drums. It has everything we need to give our kicks a modern edge. Kick is available for macOS and Windows, in VST, AU and AAX formats.

Let’s check out the sounds we will be making today:

Let’s start by loading two instrument tracks and two audio tracks in our DAW. The first track will be for creating our 808 inspired sound; the other for our 909. We’re reserving the two audio tracks for bouncing our drums so we can save them for later use. Load an instance of Zebralette on the first track and let’s take a look at the user interface.

There are three distinct sections to Zebralette. The top panel contains all of our settings for the oscillator, plus spectral effects. Then, the middle section holds all of the voicing and dynamics settings, along with our two LFOs. Lastly, the bottom section provides a large window for configuring the multi-stage envelope and controls for Zebralette’s four effects. Only one effect, plus the delay, can be used simultaneously.

Before diving into our first sound, we will want to load the initial patch. Click anywhere within the information display window at the top of the UI. From the dropdown, choose ‘init’ to load the patch. Let’s plonk down a C#1 note, as this is what we will be working with for both of our sounds. You should hear a deep saw wave. 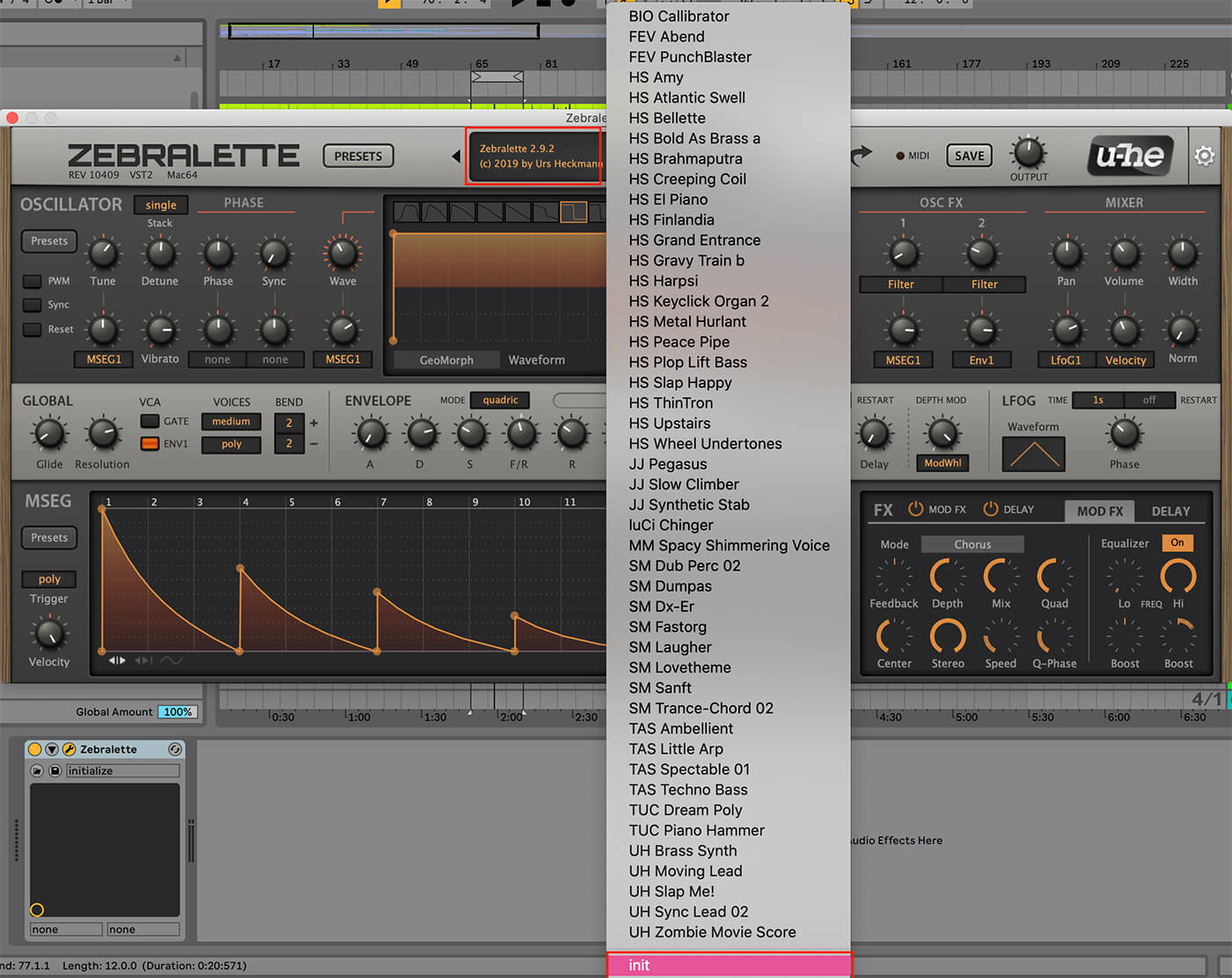 We’ll start by designing our 808-inspired sound. Since both sounds are made using the same basic waveform and technique, we can duplicate our instance of Zebralette later and tweak the parameters to create our 909.

Usually, we would use a sine wave as the basic building block for a bass drum. Since Zebralette doesn’t have a sine wave, we’ll start with the next best thing: a triangle wave. The extra harmonics can also add some aggression to our sound, which can be tamed later on using the filter effect. Let’s choose the triangle wave from Zebralette’s oscillator window. 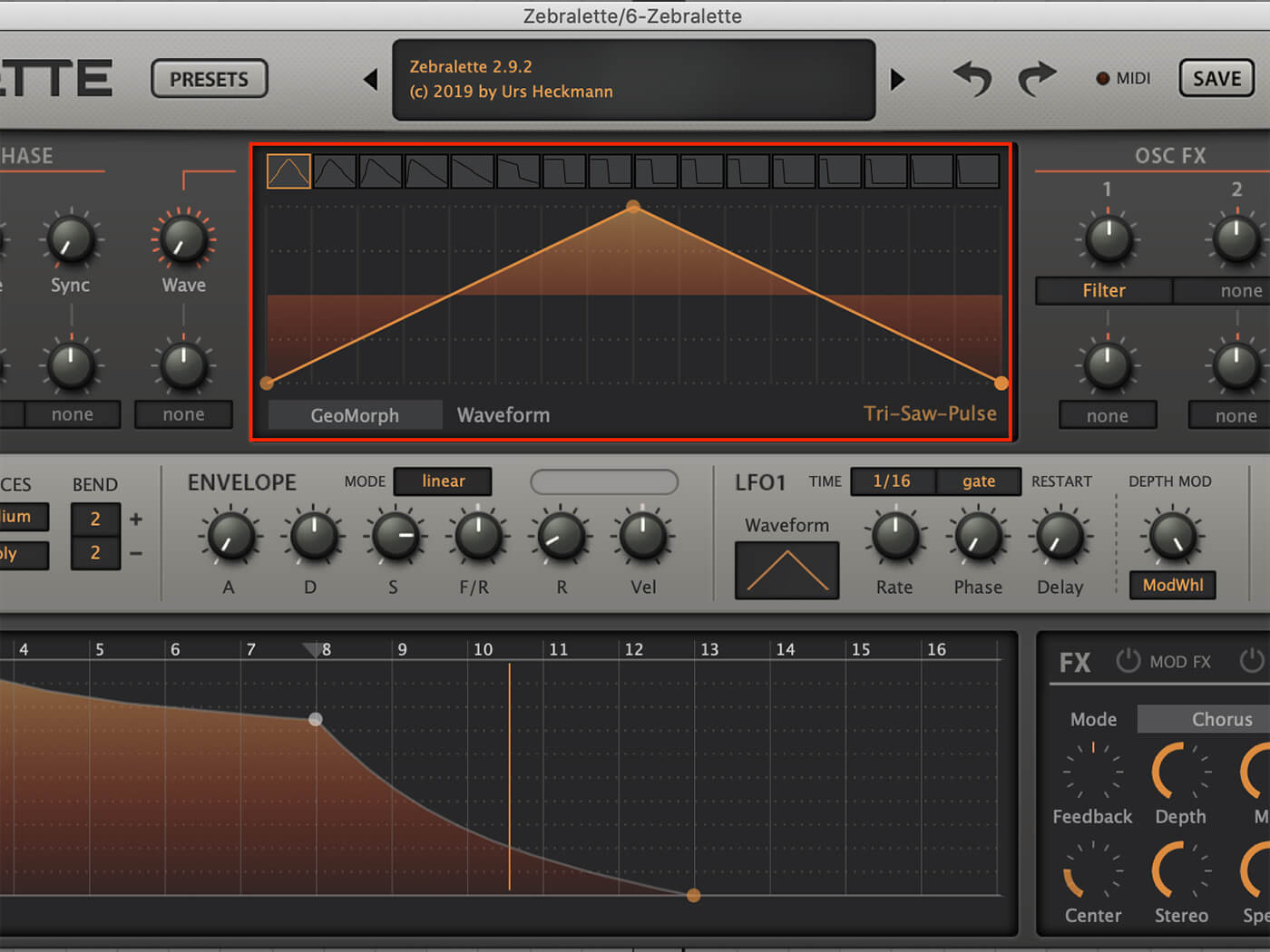 Without the high-frequency content of the saw wave, the sub frequencies seem to have more presence.

Now we can start to shape the dynamics of our sound to give it more kick-like qualities. Let’s start by adjusting our volume envelope. We will bring the sustain down to zero and adjust the attack to around 2ms. This will make sure that we don’t get any pops or clicks that can occur with an immediate attack phase. While 808s can have varying decay times, it’s common for them to ring out a bit more than punchier bass drum designs. Let’s set the decay to around 46ms. 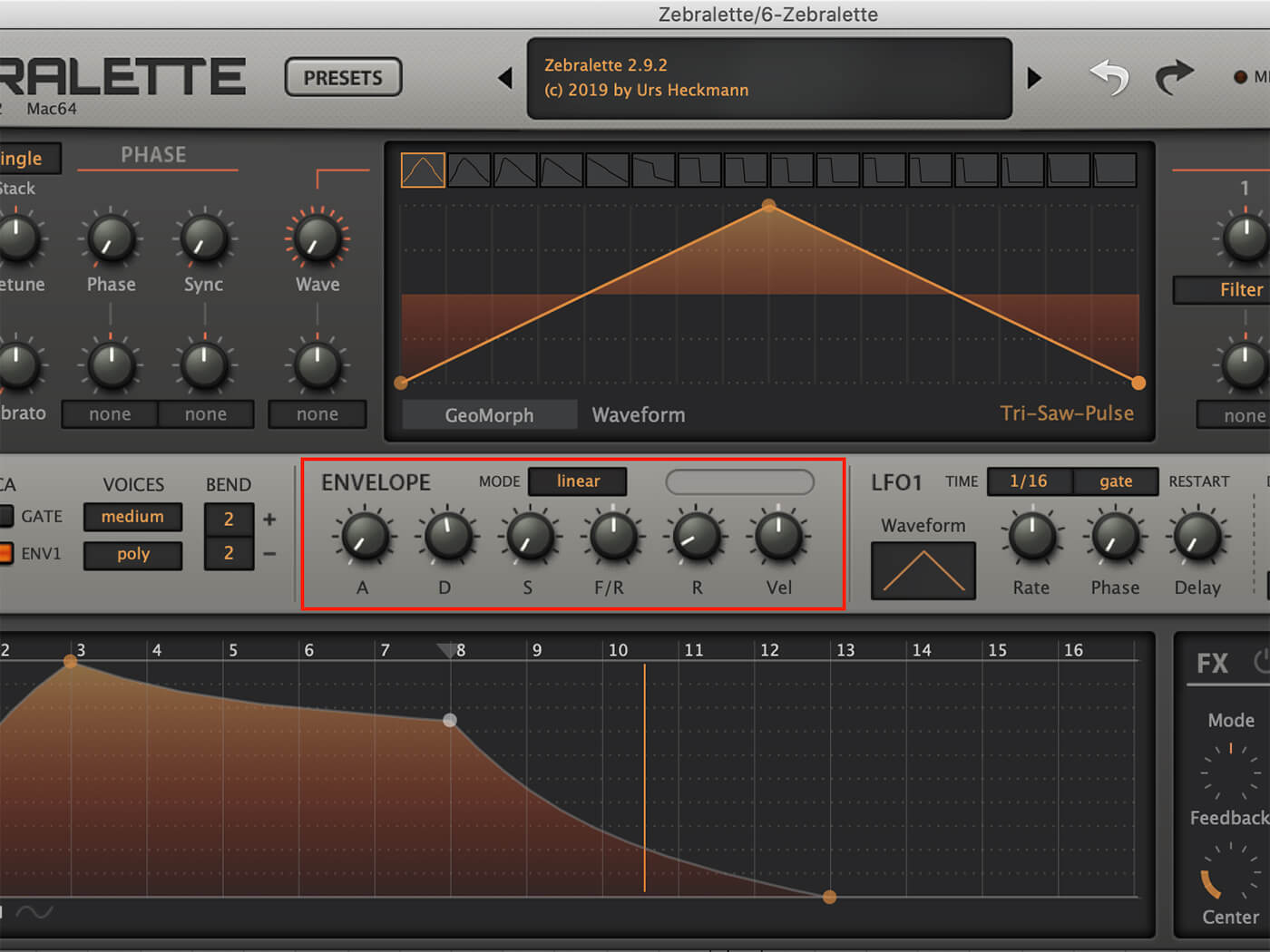 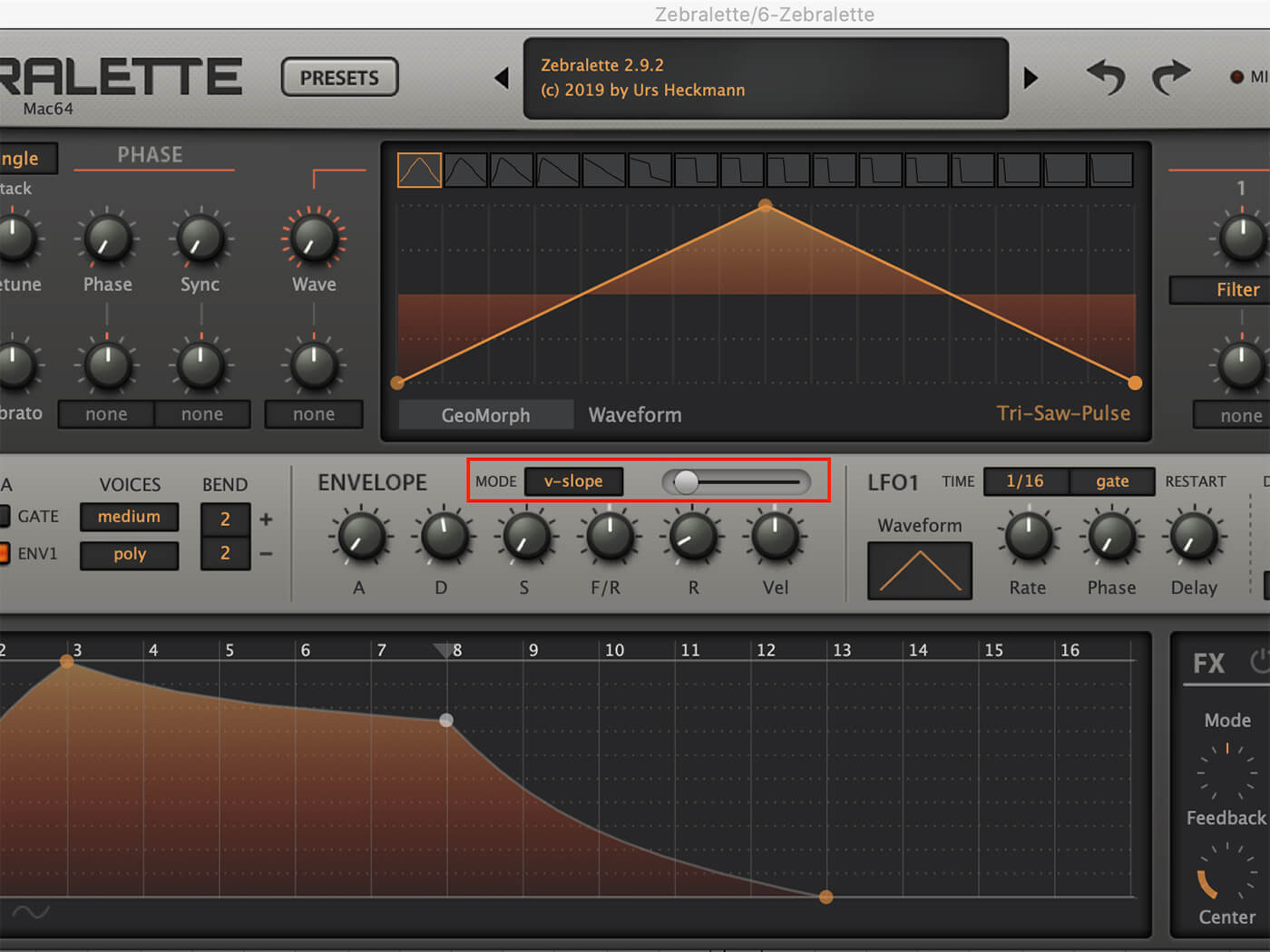 Now we can shape the pitch of our sound. 808s have a very distinct pitch drop that covers a long section of the decay phase of our amplitude envelope. We will be using Zebralette’s multi-stage envelope to achieve this effect. Let’s go down to the bottom section and adjust the envelope shape. Drag the first point to the very beginning; this will give us an immediate attack. Then we can drag the middle point to the bottom and park it just before the ‘3’ marker. We want an exponential curve for this envelope as well; click in the middle of the line and drag it down to make a curve.

Now that we have our envelope, we’ll need to assign it to the pitch before we hear a difference. Clicking on any of the boxes below the unlabeled controls will allow us to send a modulation source to any of the corresponding parameters above. Click on the box for the ‘Tune’ control and assign the MSEG to it.

Adjust the modulation depth to around 16, and we should have a very basic 808 sound. 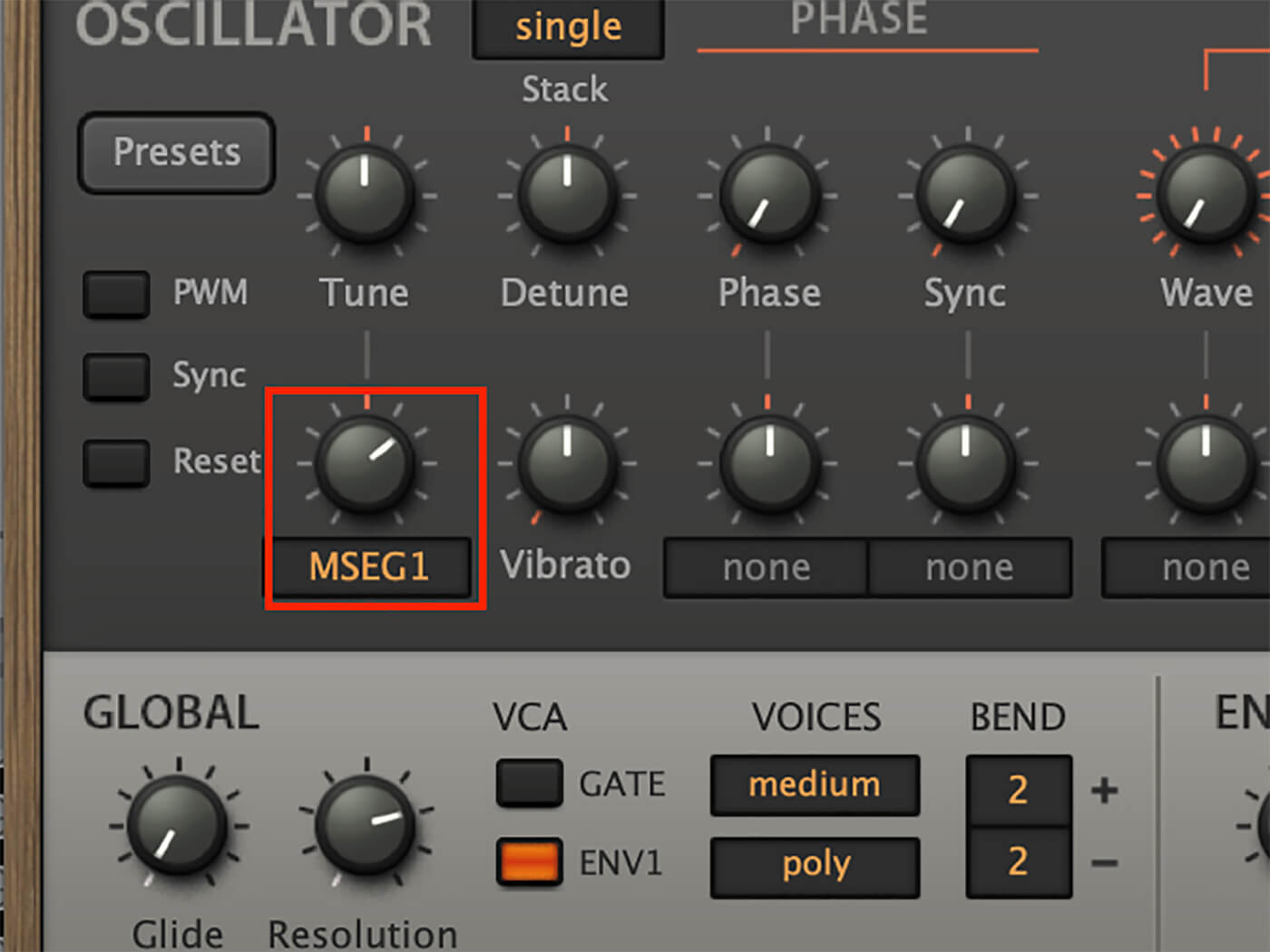 Finally, we are going to take advantage of Zebralette’s spectral effects to shape the frequency content and beef up our sound before it gets processed. There are 24 oscillator effects to choose from; we’ll start with the filter. Zebralette’s filter offers high-pass filtering to the right of centre, and low-pass filtering to the left. Let’s add the filter from the drop-down and set the value to around -37; this will tame some of the high-frequency content. 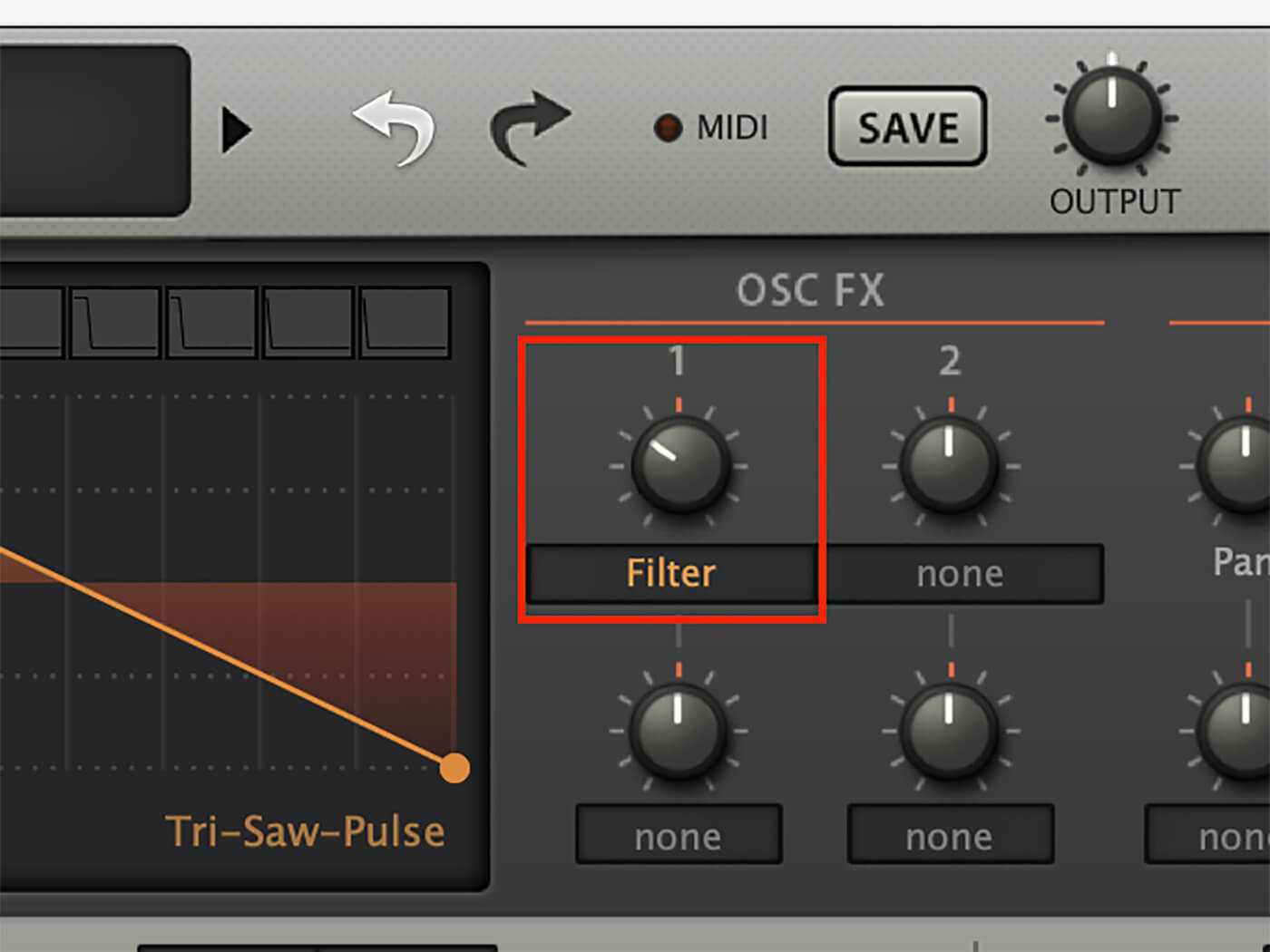 We will finish off our sound with some phase distortion. Set the parameter to one, adding some low-end thump. This will also further reduce the high frequencies, some of which will be added back with processing later. 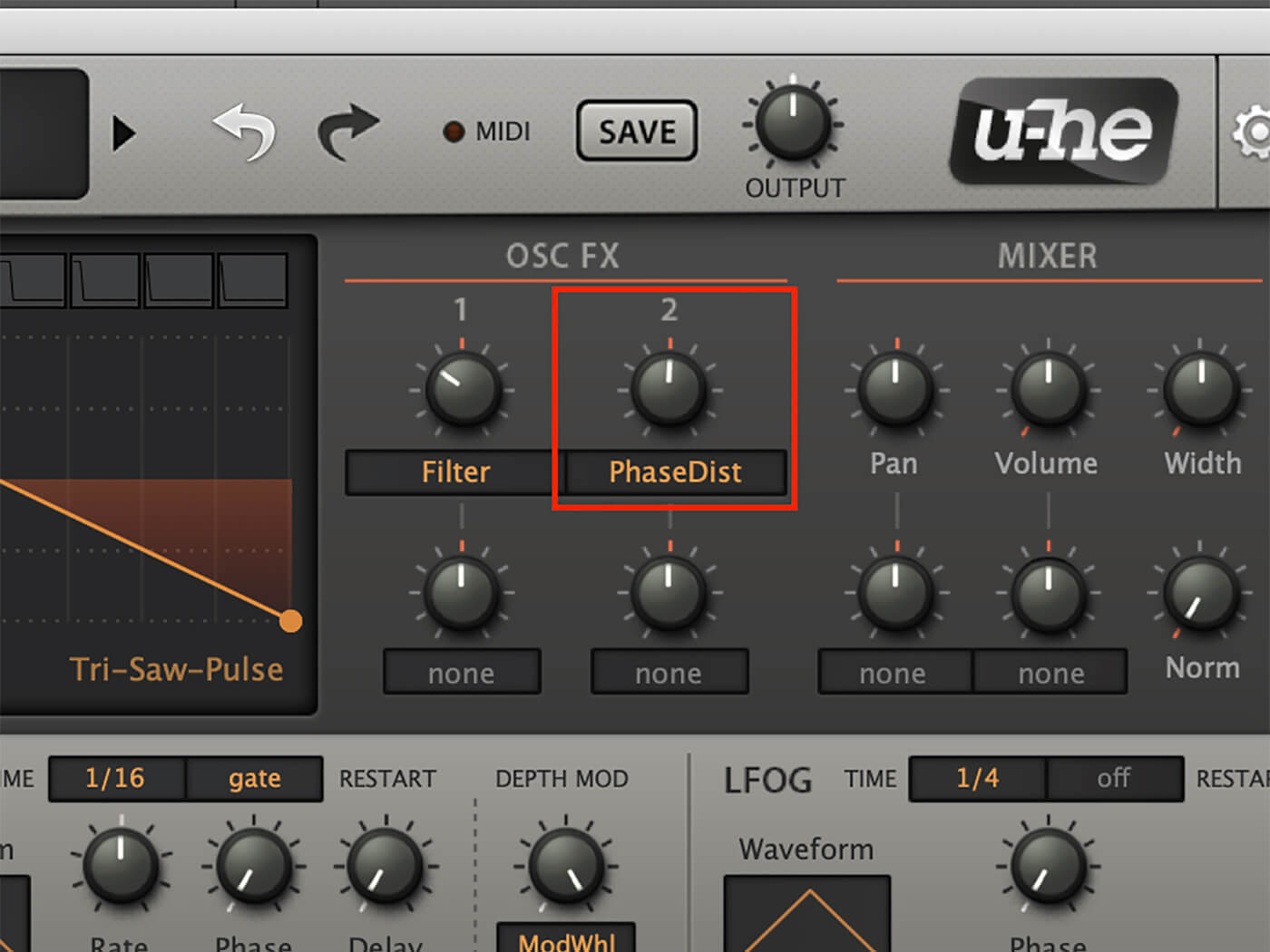 Creating our 909-inspired sound is made simple by duplicating our first instance of Zebralette to our second track and tweaking the parameters. We will start by adjusting our envelopes. We are aiming for a short and punchy sound which requires snappy envelopes. Bring your volume envelope’s decay down to around 30ms. For snappier drums like the 909, we are using the pitch envelope to emphasise the transient, resembling the sound of the beater hitting a real bass drum. For that, we will need to bring the third point on our MSEG back just before the ‘2’ marker and tighten the curve even further. We’ve kept the modulation amount the same, but feel free to experiment. Lower settings will create a sharper and more pronounced attack. 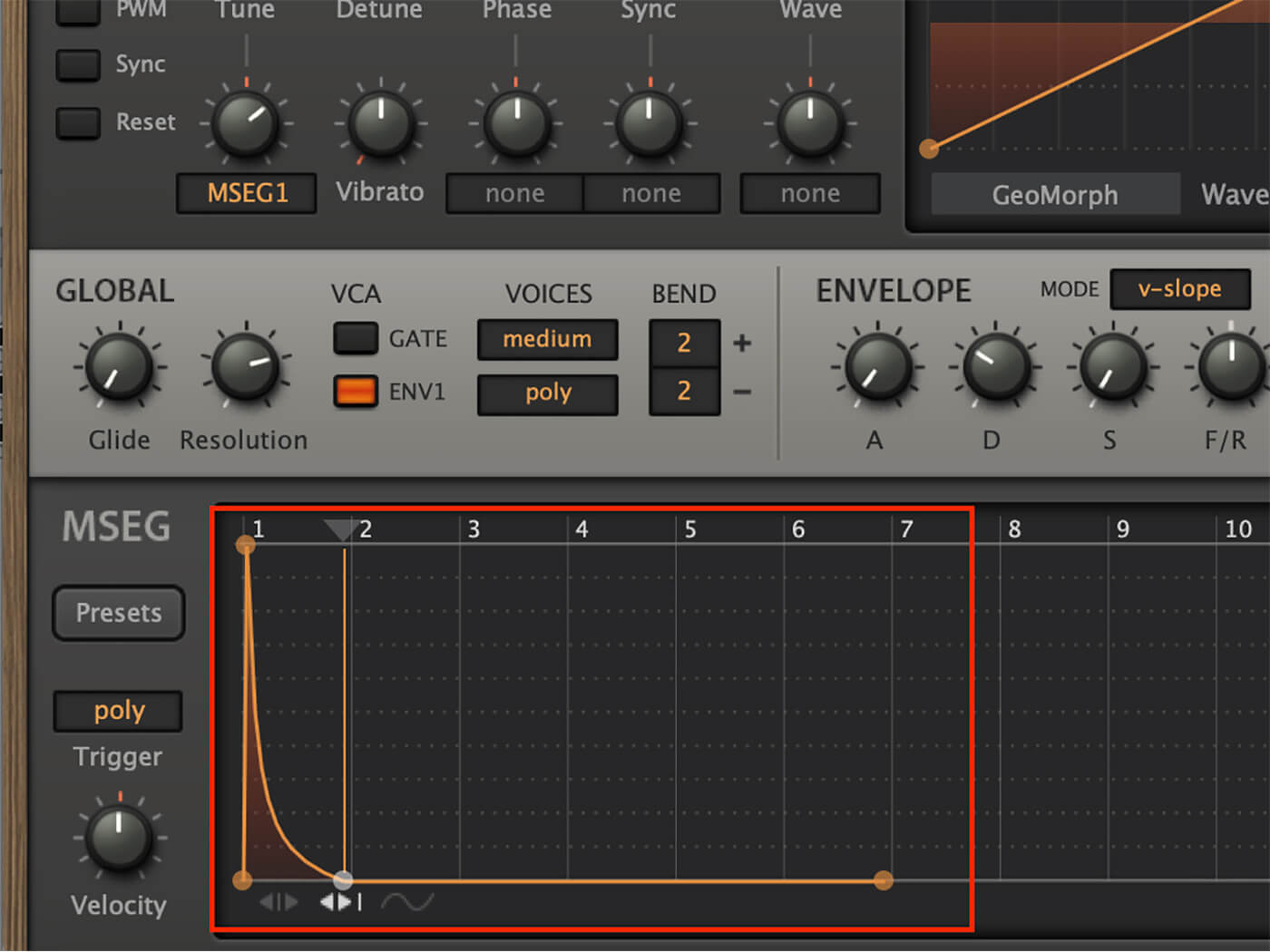 Finishing off our sound, we are going to stick with the same spectral effects, but tweak the values a little bit. We can bring the filter up to -5 and the phase distortion down to -3. The difference is very subtle, but this will further enhance the transient ‘click’ of our drum. 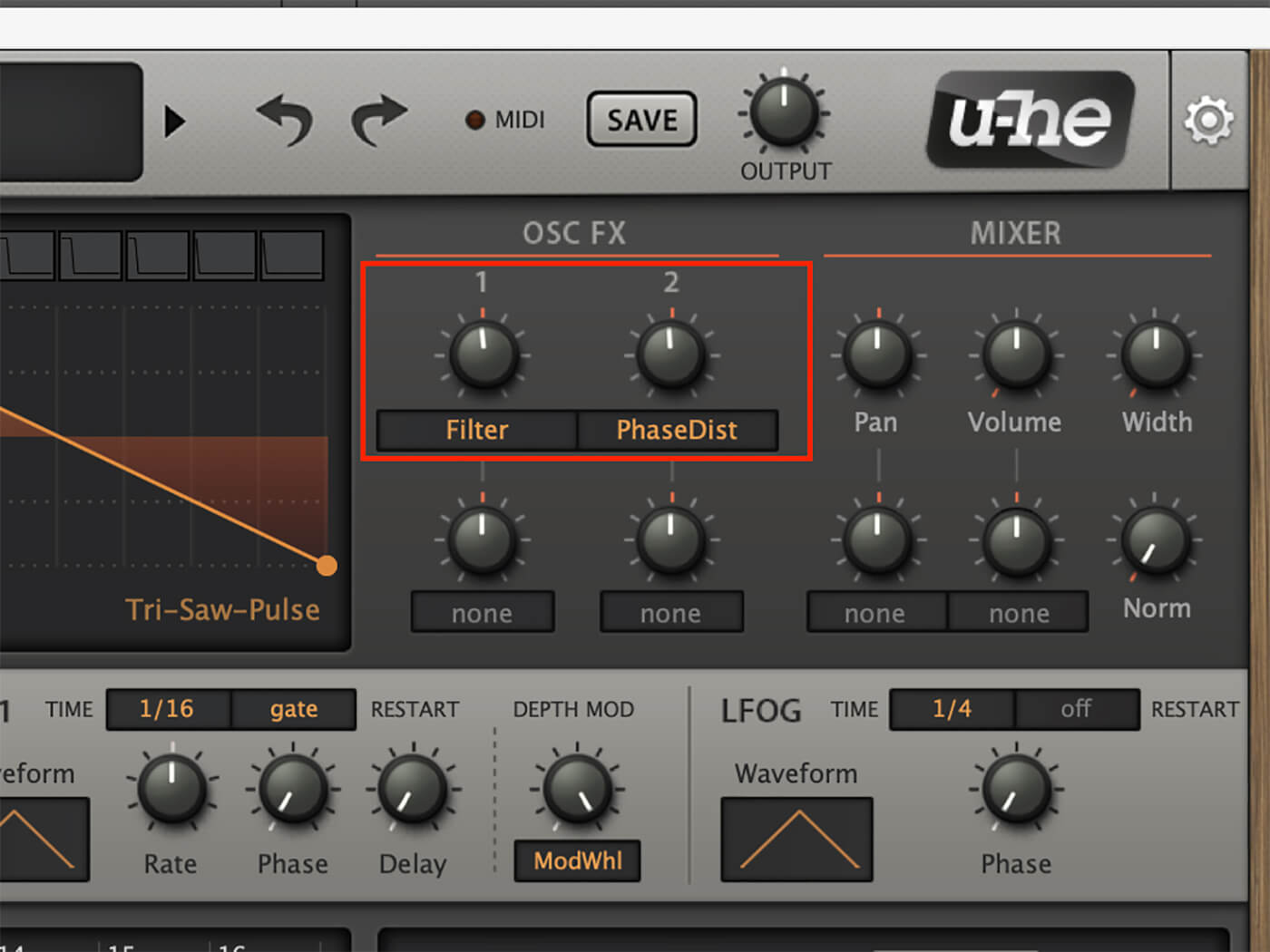 Our kicks are coming together nicely, but they still lack the polish and heft we’ve come to expect from modern drum sounds. To bring our drums to life, we’re going to load up an instance of KSHMR Essentials Kick on both of our instruments tracks. Let’s process our 808 first.

Essentials Kick gives us eight effects that we can use to process our drums. We are going to start by using the Sub control to give our low-end some more weight. Let’s choose the centre frequency we want, and then adjust the amount. We’ve gone with 60, but you’ll want to set this to taste. If you are primarily using headphones, it’s a good idea to double-check your low-end on a source with a quality subwoofer when possible. Even the best studio cans tend to over or under-represent the sub frequencies. 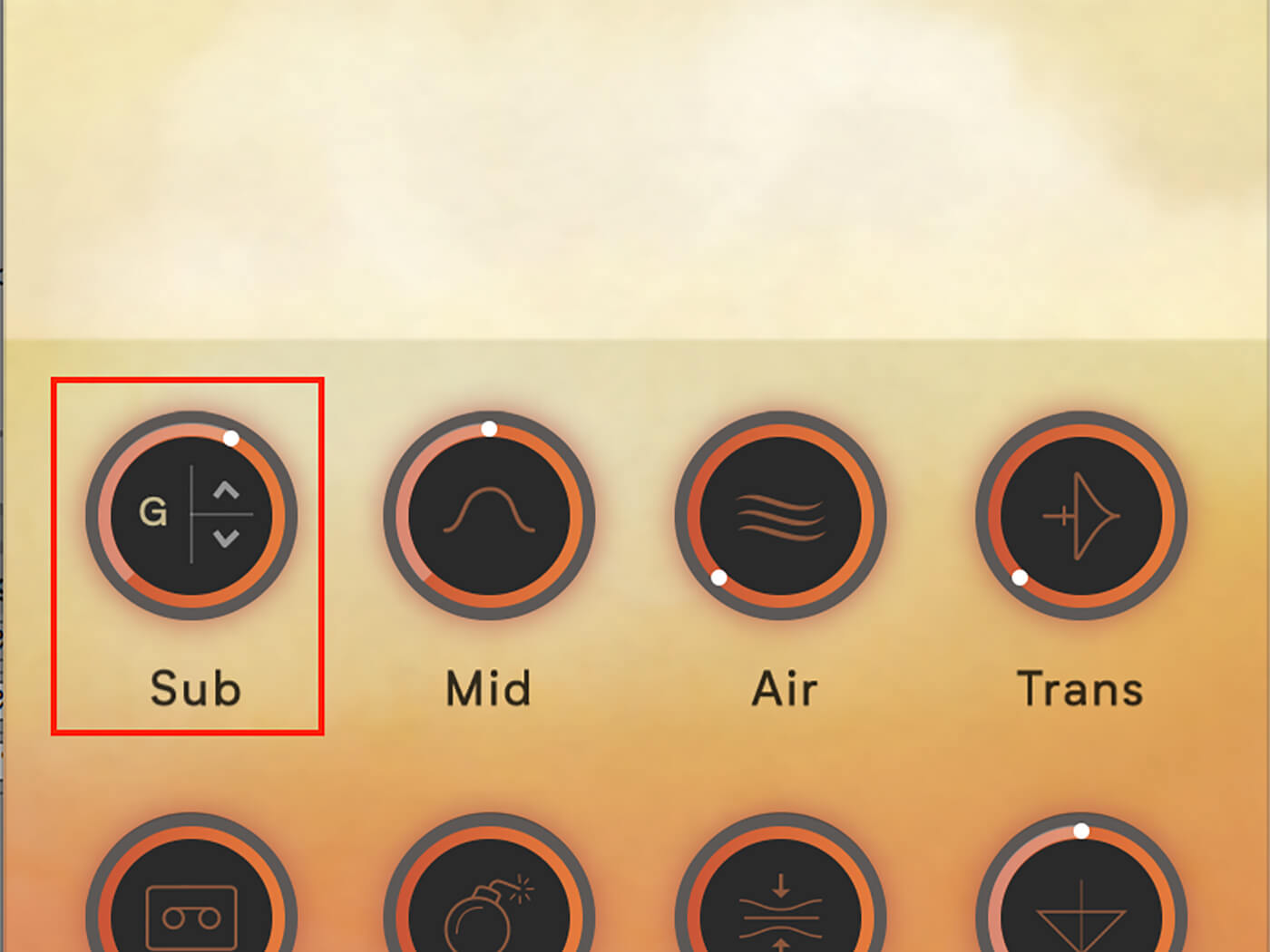 Now, let’s tweak some of the other effects. We can add a bit of tape saturation to give our sound some additional warmth; set this to around 50 per cent. Then we can increase the ‘Air’ parameter to around 40 per cent, add a little bit of ‘pressure’, and finish our sound off by setting the compression to about 22 per cent. 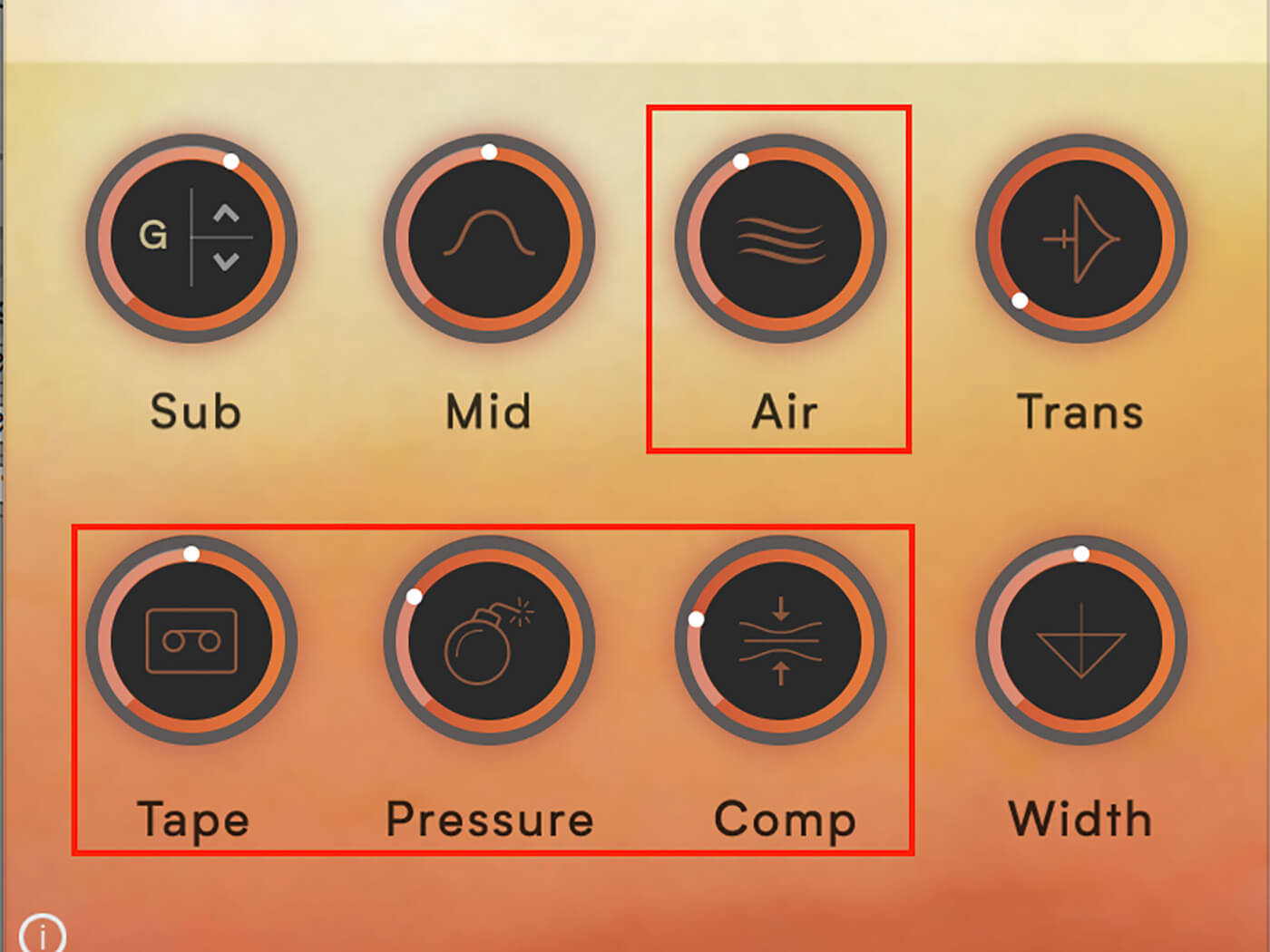 For our punchier 909 inspired drum, we’ve gone with similar settings as the 808, with a couple of extra effects added. We’ve boosted the mids heavily and used ‘Trans’ to boost the attack transient further. Let’s hear how it sounds. 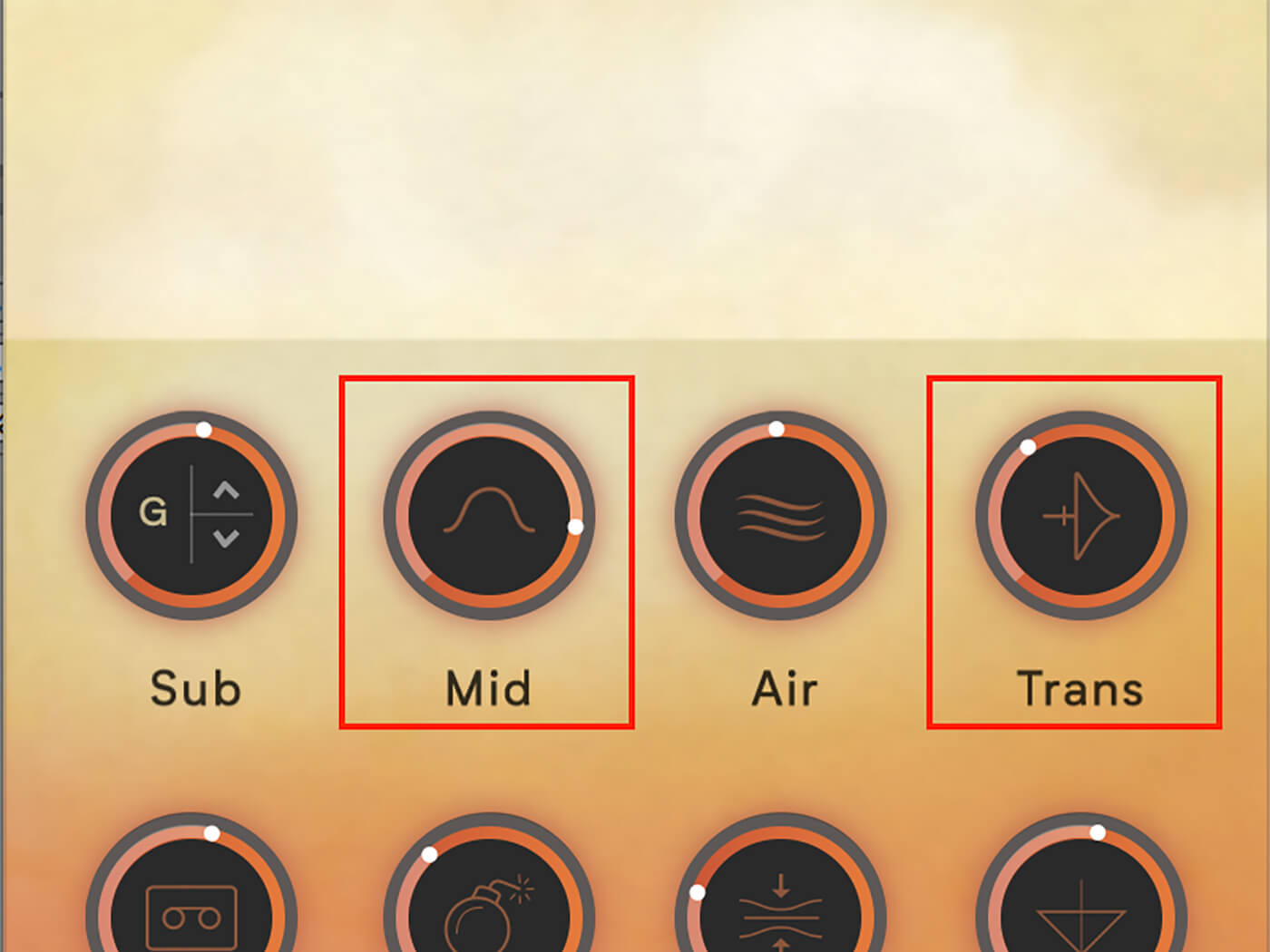 We now have two kick sounds we can use in a variety of modern genres. It can be a good idea to bounce them to audio so you can build up a library of samples that are ready to be dropped into a track. We’d also recommend saving your two instances of Zebralette as presets so you can have a good starting point for any new kick sounds you come up with.

Finally, let’s see how these could sound in the context of a track.