Using Push as a Creative Tool with Ableton Live

It’s five years since Ableton released Live 9 and Push – which gives Martin Delaney a perfectly good excuse to round up a selection of our favourite Push features and tips! Ableton Live’s best buddy Push is now five years old, and we’ve rounded up a few tips to mark the occasion. Some of them […]

It’s five years since Ableton released Live 9 and Push – which gives Martin Delaney a perfectly good excuse to round up a selection of our favourite Push features and tips! 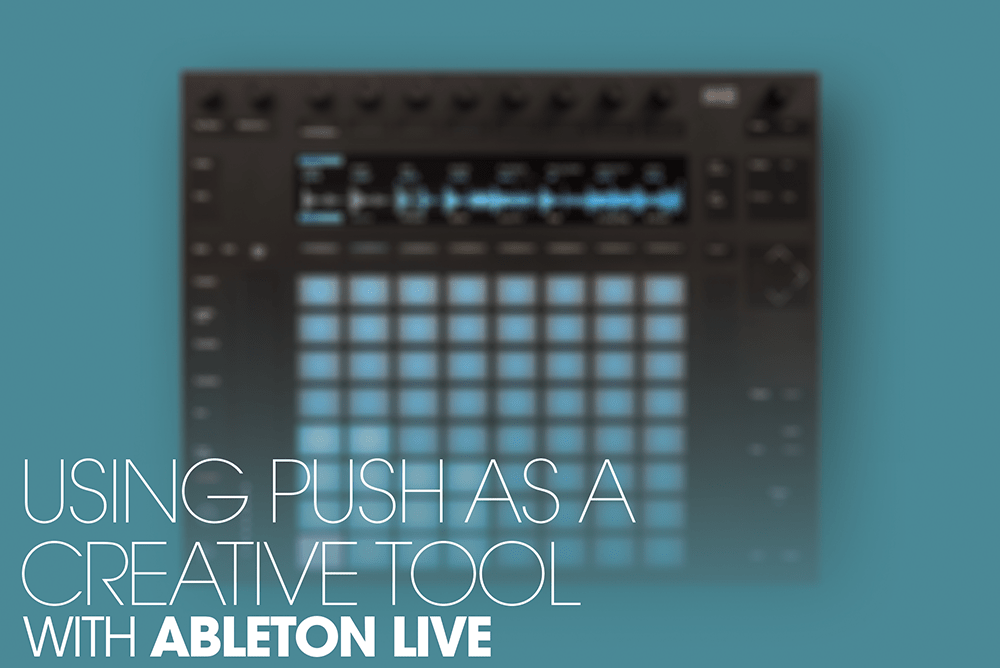 Ableton Live’s best buddy Push is now five years old, and we’ve rounded up a few tips to mark the occasion. Some of them go back to the original Push, which was released with Live 9, and some relate to Push 2 and Live 10. Given that Push ‘1’ is at such a ripe old age, it’s impressive that Ableton maintain support for it and include it as much as possible in Live 10’s new-feature fun. However, Push 2’s pads are more responsive and in turn more playable and the display provides an informative and good-looking visual interface.

Live and Push are made by the same company, which immediately makes them a better proposition in terms of compatibility and integration. You’re not buying something that could lose technical support at any moment, or that has shipped with incomplete software; you’re buying into a system that will (up to a point), evolve organically over its lifetime; Live 9 certainly did that. Push has progressed successfully over time (I was a bit sceptical when it first arrived – it seemed like a bunch of Novation devices superglued together) but in 2018, it’s now the default way to interact with Live; get yourself a Push, Live 10 Suite, add your favourite audio interface, and you’re good to go.

Most of the functions and tips we’re talking about here apply to both versions, but not all of them. Some are exclusive to Live 10 – if you haven’t got a copy of that, you can always download the demo, it’ll install fine alongside your current version. Push is never going to handle every function that the software has to offer, but it does a good job of representing the ones that most benefit from being brought out into the ‘real world’.

Push 2 is an incremental upgrade (always the Ableton style) with more responsive pads, lower-profile buttons and, of course, the full-colour display. The more that Push includes ‘functional’ controls, rather than the sexy stuff, the less time you spend with a mouse or trackpad – I still get a weird kick out of being able to add tracks, and selecting new inputs and outputs for audio and MIDI tracks direct from Push.

In Live 10’s Preferences, you can rename your inputs and outputs. Call them anything you like: I name them after the connected hardware, but you could name them after song titles, what you had for dinner, whatever you need them to be. Mixing functions are also available, with the real-time display of levels, and Record, Mute, and Solo available from the hardware, too.

The Setup button lets you manage numerous functions, such as velocity and pad brightness. You won’t get the best out of Push’s display and pad illumination if you’re only powering them via USB, you definitely need to use the included mains power supply.

Browsing for content can be slow, because Live contains so much material, but there are ways we can speed it up. The Live 10 Collections help with this; they always show at the top of the Push Browser, so add your favourite presets or samples into those for fast access.

Push doesn’t show the Samples category any more, which was virtually useless anyway, because it would typically be such a long list. With practice, you can get fast using the encoders to browse, but even faster if you use Push’s four-way arrow buttons to get around.

You can load samples directly into audio tracks via Push (go into Clip mode), or into a MIDI track, which automatically places the sample inside an instance of Simpler. For jamming use, this Simpler option is better; it provides more manipulation options, while preserving warping. If you load an instance of Sampler and populate it with kick-drum samples, then group it into a Rack, you can assign sample selection to a macro, and use an encoder on Push to cycle through the different samples while you trigger notes using the pads and the Repeat button.

Suddenly there’s a lot more going on, sonically, and if you’re in record mode, it’ll all be captured. The Push pads are velocity sensitive, so you could also experiment with using velocity variations to trigger different chains in a rack.

Ah, so many other things we don’t have enough space for, like keep pressing the Layout button if you’re not seeing the MIDI note mode you’re looking for, including the new melodic step sequencer; press the New button to create a new scene ready to record into… this could’ve been a much longer tutorial.

Push is so deeply integrated into Live. It has some basic value if you’re working with Arrangement View, but Push is really about the Session View, the creative flow, and live performance. Push has become a mature control surface for Live, and for most Live users, it’d be a matter of finding a reason not to use it. 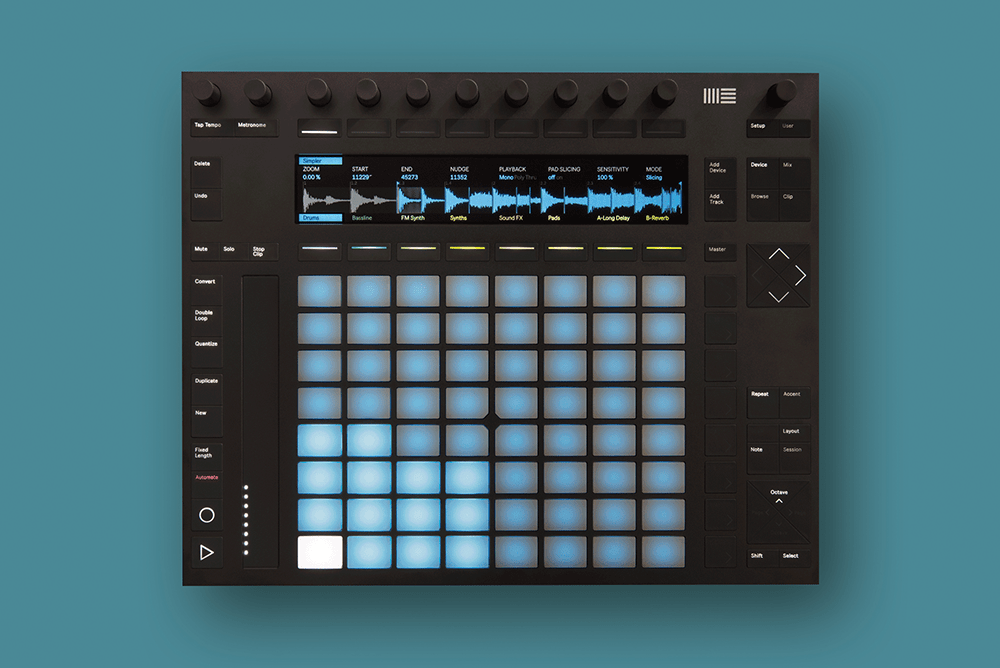 1. Here we go with some of our favourite Push tips and/or features. Some of them will require Live 9, others need 10 – and most will work with Push versions 1 or 2, but not all. 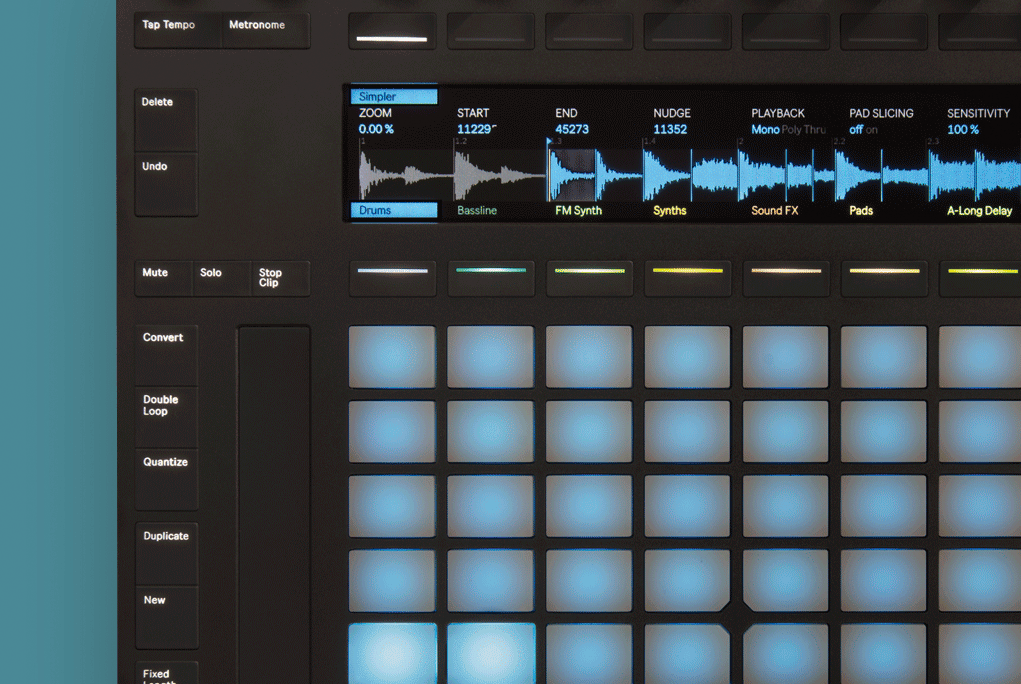 2. We’ll start simply and work our way up. The Undo, Duplicate, and Delete buttons are very useful for getting a more mouse-free interaction, so remember they are there, and make the most of them… 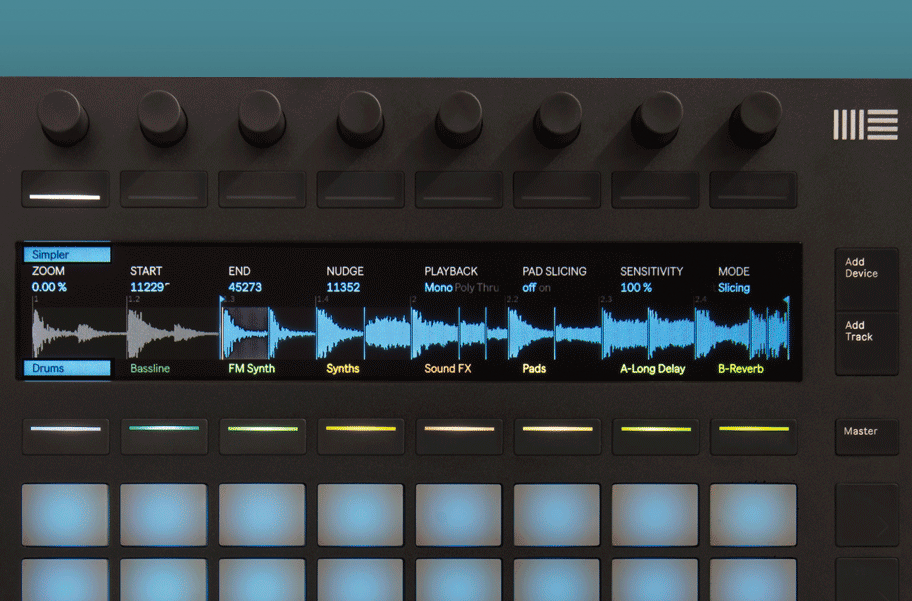 3. Touch any Live encoder to see the current values for that parameter. This may be a good reason to avoid third-party replacement pots, none of which retain touch sensitivity, as far as I know.

Push comes to shove Before you scamper online and snag a cheap used Push 1, though, make sure you know what you’re getting into – bear in mind you’re buying a controller that’s already five years closer to landfill than the current model, and there are physical differences between the versions. 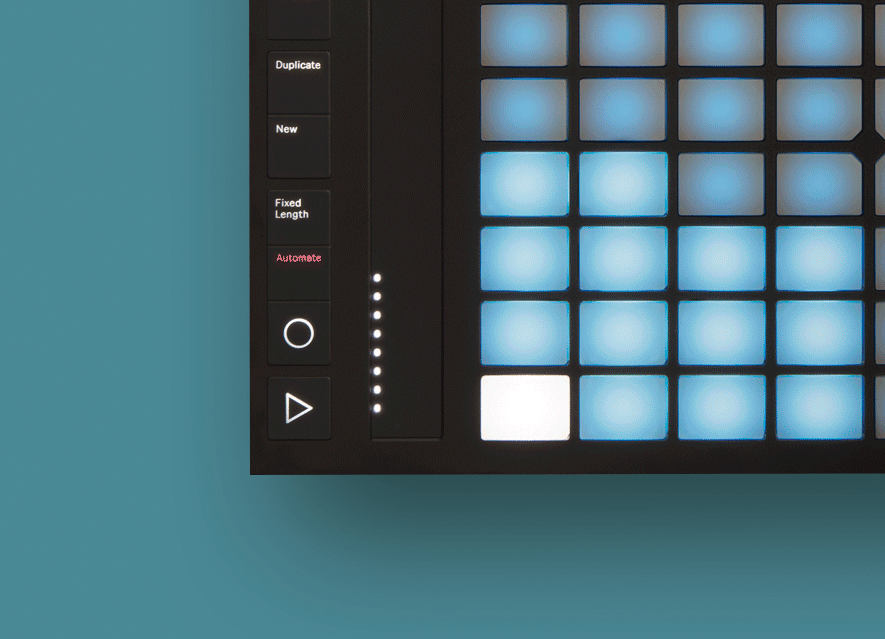 4. Shift-tap the Play button to reset Live’s transport back to the beginning – 1.1.1. Normal ‘play’ will resume playback from the current position in either the Session or Arrangement Views. 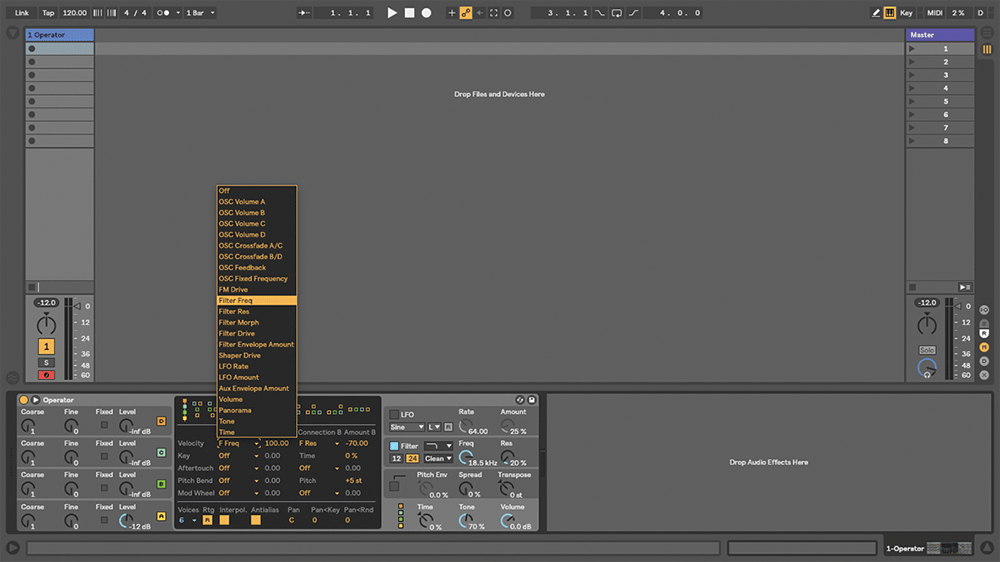 5. Push pads are velocity sensitive, so try tweaking any velocity-responsive settings in your devices – see Operator’s ability to route Velocity to one of many different parameters, like filter Resonance; it’s not just about volume. 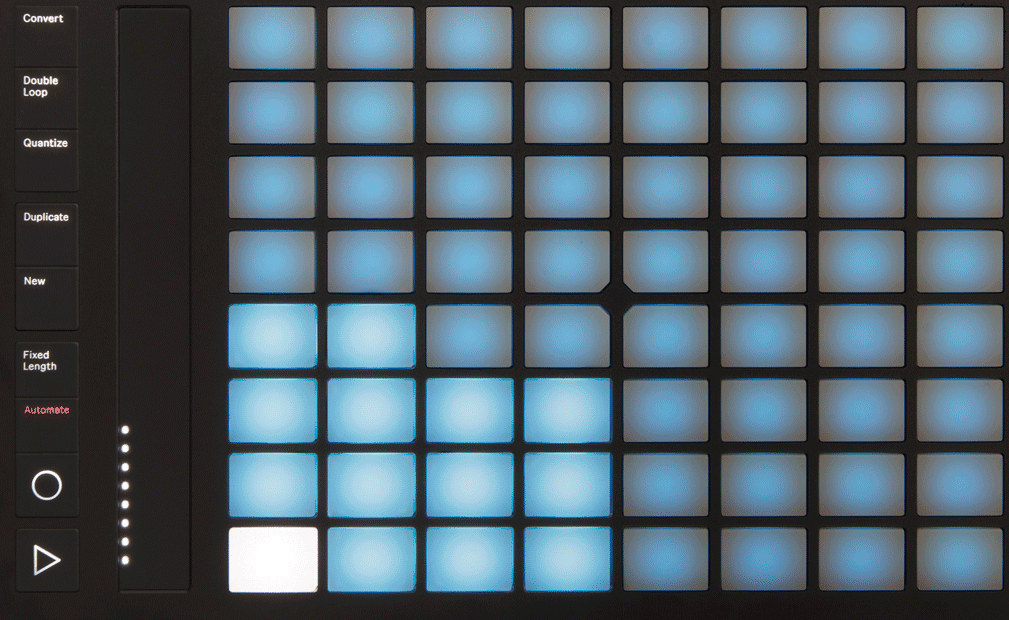 6. When using an instrument, the touch strip defaults to pitch-bend mode, but press Select and then swipe on the strip, and it’ll change to modulation mode. Of course, the strip also works for browsing large drum Racks.