Working with polyrhythms in Pro Tools

Stretching your compositions beyond simple meter signatures can help lend them an unorthodox and even otherworldly vibe – it’s just a matter of time. 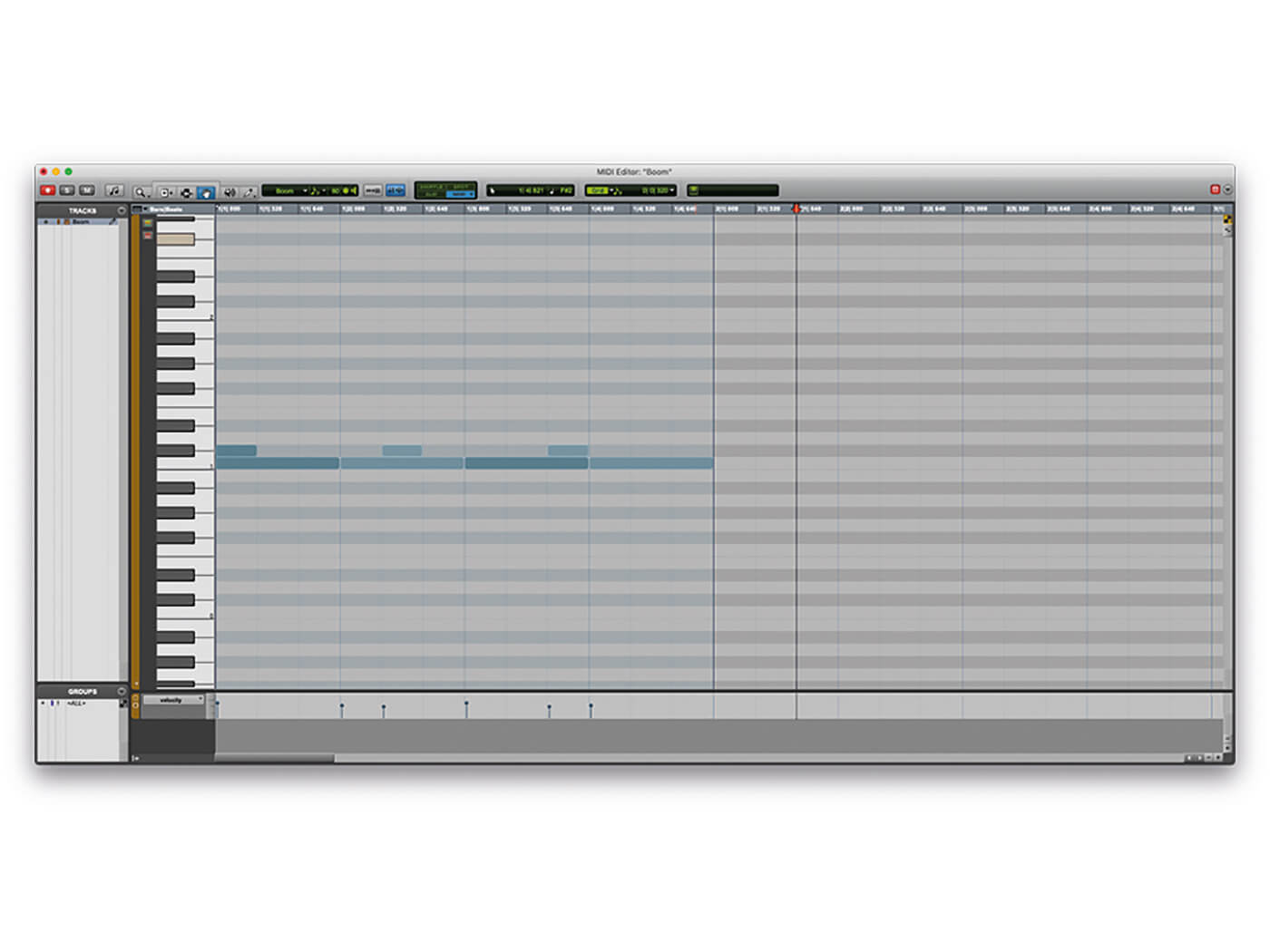 Breaking the shackles and freeing yourselves from the tyranny of everyday time signatures can be an enormous creative boon. Swapping out your tawdry 4/4 to a meter with divisions of three, five or even seven beats per bar can expand your temporal and, by extension, your compositional horizons.

Thankfully, Pro Tools makes this process as easy as 1, 2, 3. Opening the Time Operations window and selecting Change Meter can give your project an instant shake-up – but be aware, the results of such a revamp may well sound jarring if you’re working within a genre for which your new and wild meter isn’t commonplace. If that’s the case, read on. We have a compromise.

Rather than switching your time signature completely, you can give your composition the flavour of more complex meters without committing to them completely by introducing polyrhythms and cross-rhythms.

In your own time

Triplets indicate a 3/4 rhythm atop the standard 4/4 meter. But this can be taken further, by playing off various combinations of meters – not just three against four but two against three or four against five – all while retaining the simplicity of a more conventional rhythmic foundation. This will help ground things for the listener, giving them a simple hook to engage with alongside some more complex rhythms.

The theories at play here might seem off-putting to those lacking in conventional training but don’t despair. These concepts are relatively easy to implement and can be incredibly rewarding in practice. Polyrhythms and cross-rhythms, while uncommon in straightforward radio-friendly fare, are customary in many forms of contemporary music, from modern classical, improvised jazz and madcap progressive rock to almost all forms of sub-Saharan African music, as well as electronic music and hip-hop, in which many talented rappers and MCs enunciate polyrhythmically to the beat.

Utilising one rhythm for the voice and applying another with ​the beat is an important and powerful facet of polyrhythms and cross-rhythms. The track’s rhythm does not have to be created via a single voice, nor does it have to be created solely by percussive instruments. The Nine Inch Nails song La Mer uses a three-over-four rhythm, with the piano holding down a pattern in 3/4, while the drums remain in 4/4.

Most DAWs allow you to alter the meter of your track, Pro Tools included. However, simply writing a pattern in 4/4 and switching the time signature to 3/4, for example, won’t produce a cross-rhythm. Instead, the tempo will result in the 3/4 bar lasting only three quarters of the length of the 4/4 bar. Similarly, while layering these two rhythms will result in three bars of 4/4 over four bars of 3/4, an interesting syncopation, this isn’t a cross-rhythm.

Thankfully, for three-over-four rhythms, you can simply split the grid into triplets, which allows you to visualise the bar in three without tying yourself in knots trying to remember how to do basic maths. For more complex polyrhythms, however, brushing up on your maths might help, as this simple equation should keep your compositions running smoothly. However, there is one more spanner in the works we must contend with, courtesy of Pro Tools.

Within the DAW, the default setting dictates that Instrument and MIDI tracks are set to follow ticks. If you compose one bar in 4/4 and alter the project’s time signature and tempo, the MIDI will be altered to the new time signature and tempo automatically too. This can be useful. However, if you’re working with cross-rhythms and looking to alter the tempo, this is the opposite of what you want.

Instead of locking the MIDI to ticks, then, you should lock the track to samples, as you would with audio. You can do this via the New Track window when initially adding your tracks, or by clicking on the Timebase Selector button in the Edit window for each channel. 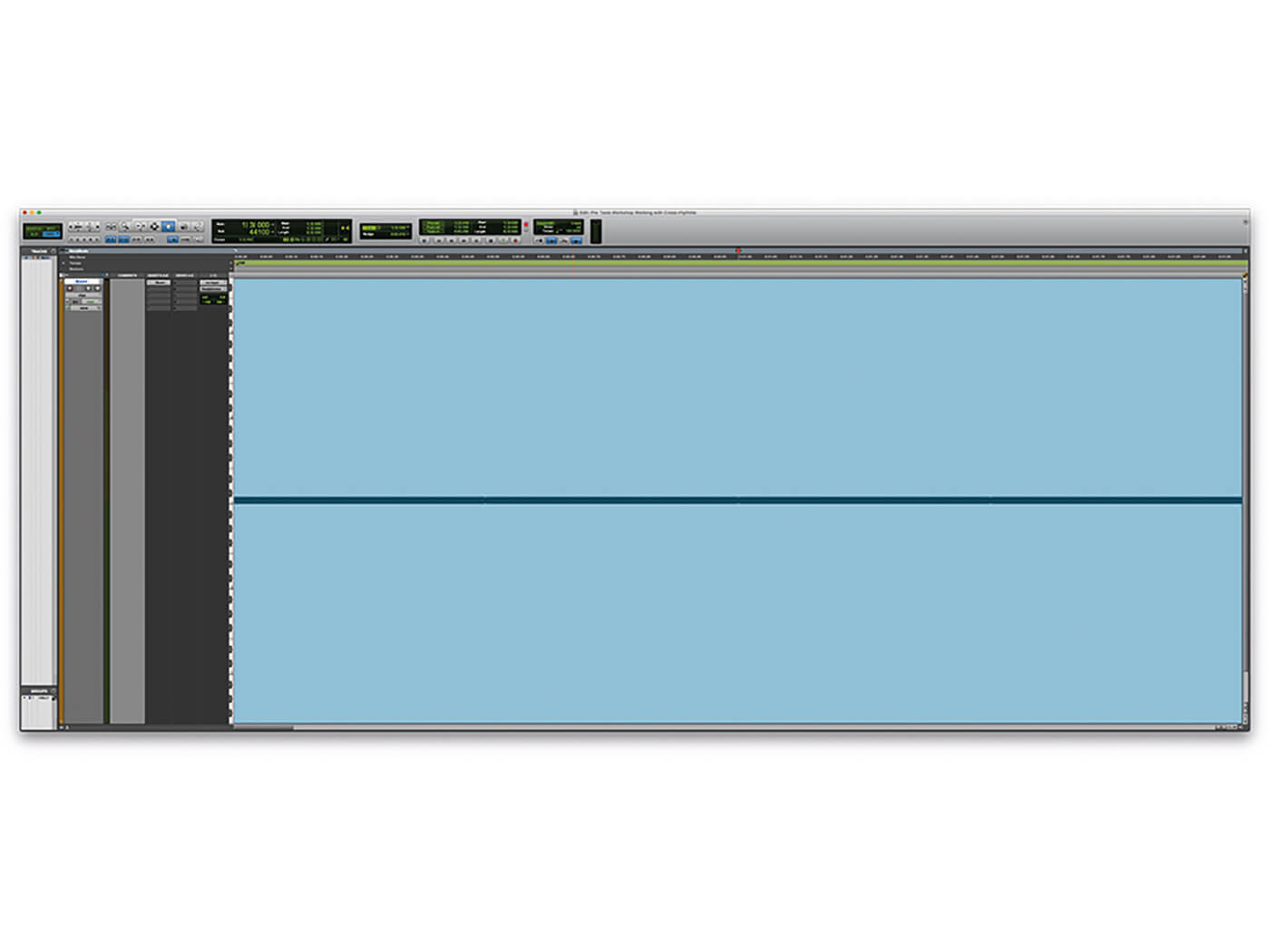 1. Open the provided Workshop session file. The project has a basic setup with a simple four-to-the-floor kick beat, using Boom, over which we’re going to layer some rhythms in different meters. 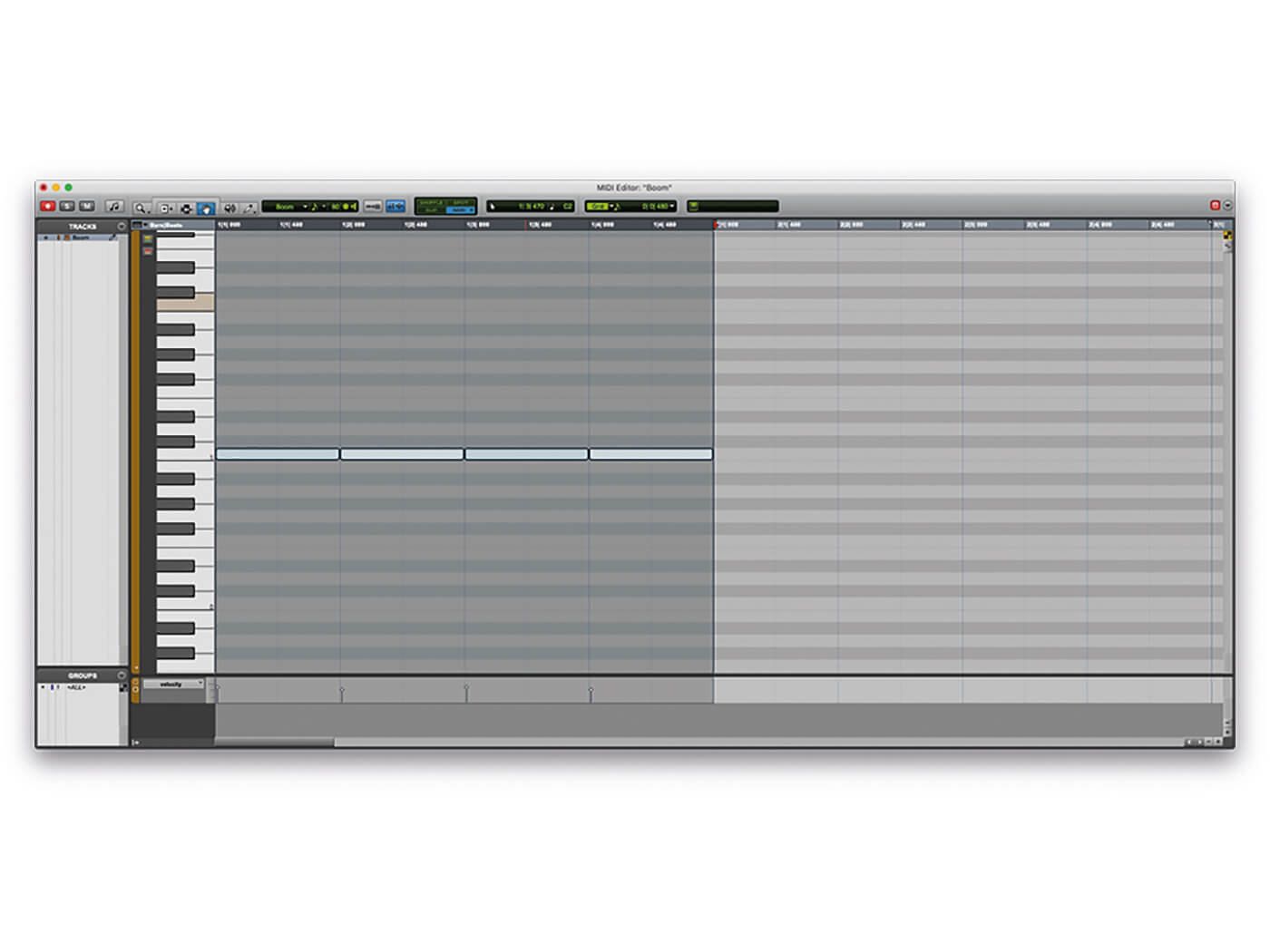 2. Double-click on the MIDI clip in the Edit Window to open the MIDI Editor window. 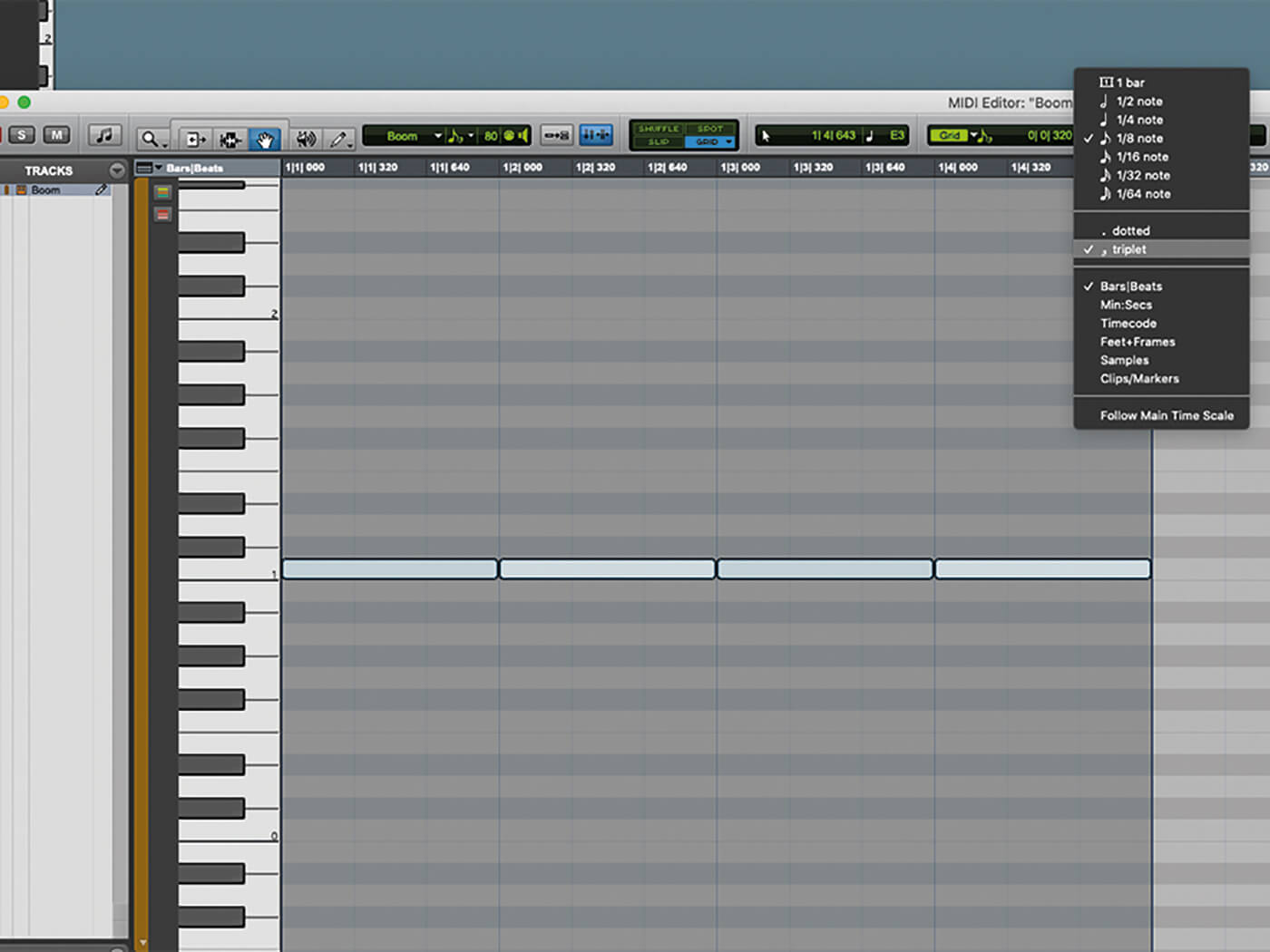 3. The grid is set to 1/8 notes. Engage the triplet setting in the grid options and the bar will be divided into 12 notes. 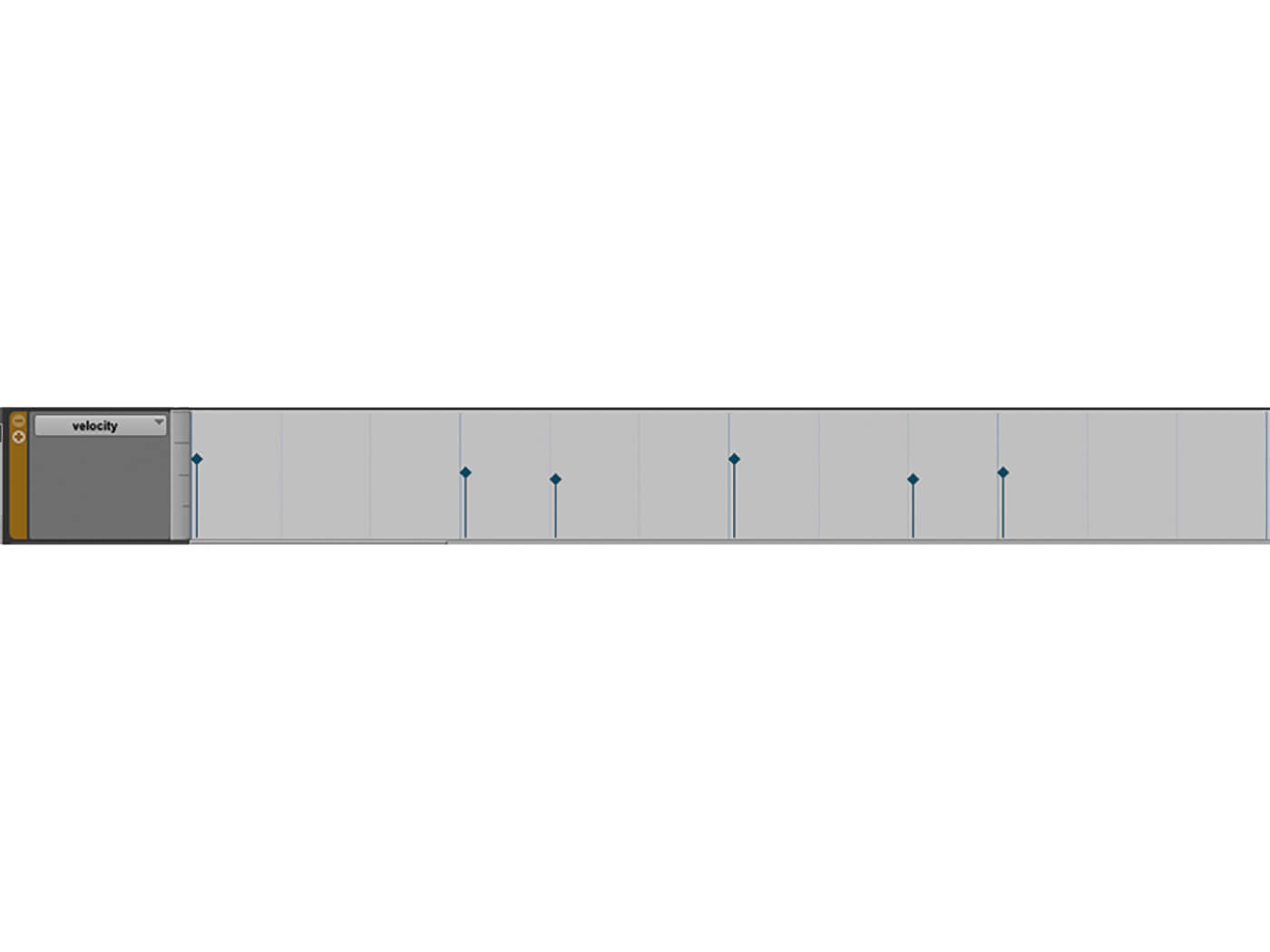 5. Already with this most basic of three-over-four beats you can hear that it’s bringing some rhythmic interest to the phrase. Play with velocity to further emphasise the downbeat of the bar. 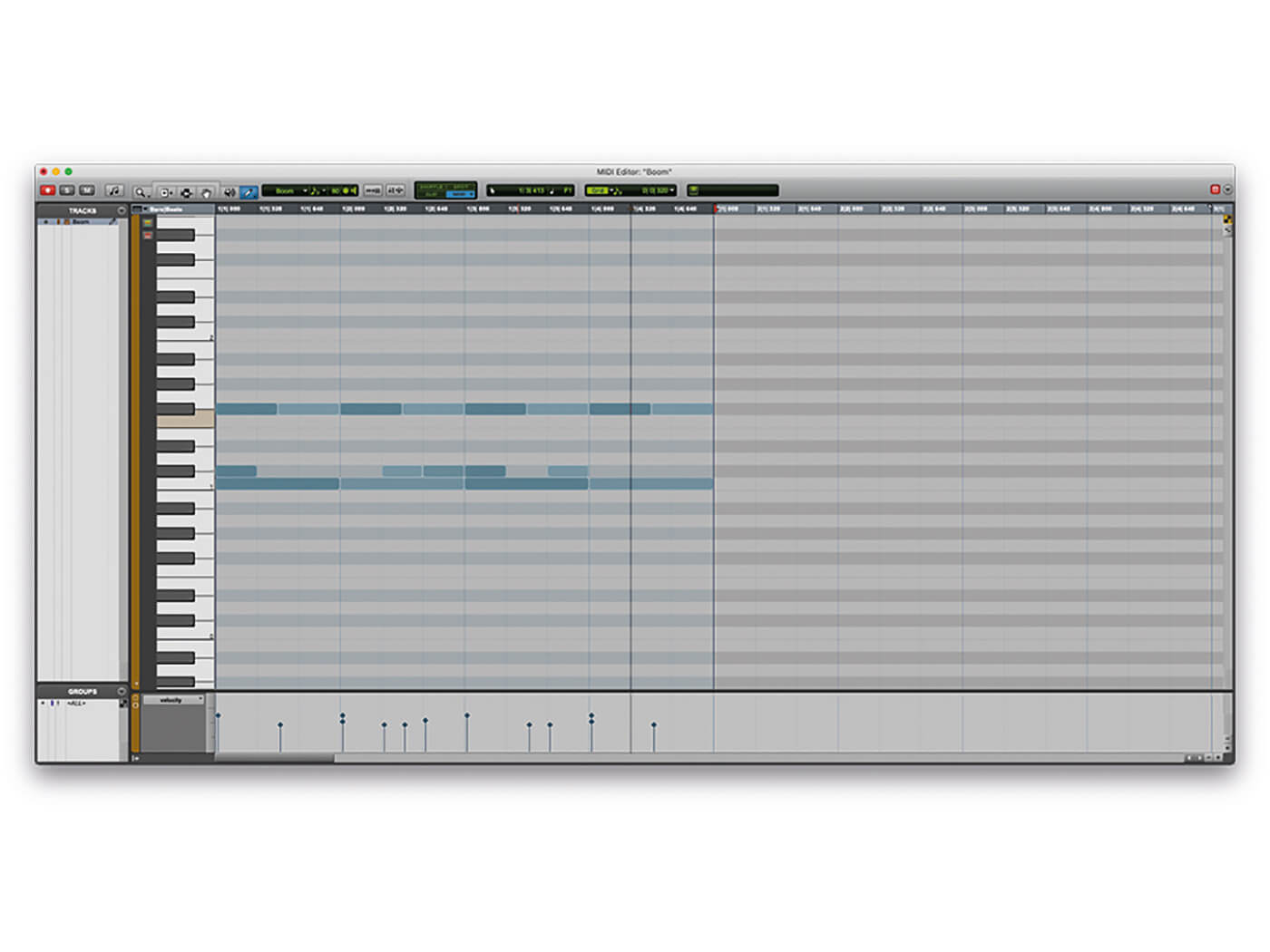 6. By exploring the grid options available with both triplets turned on and off, you can explore new and more exciting patterns, emphasising the three or the four beats in the bar.

BREAK THE LINK When looping a bar of MIDI and editing at the same time, it’s best to ensure you don’t have your timeline and edit selection linked. This can be turned off via the toolbar, using the button beneath the Zoom tool. 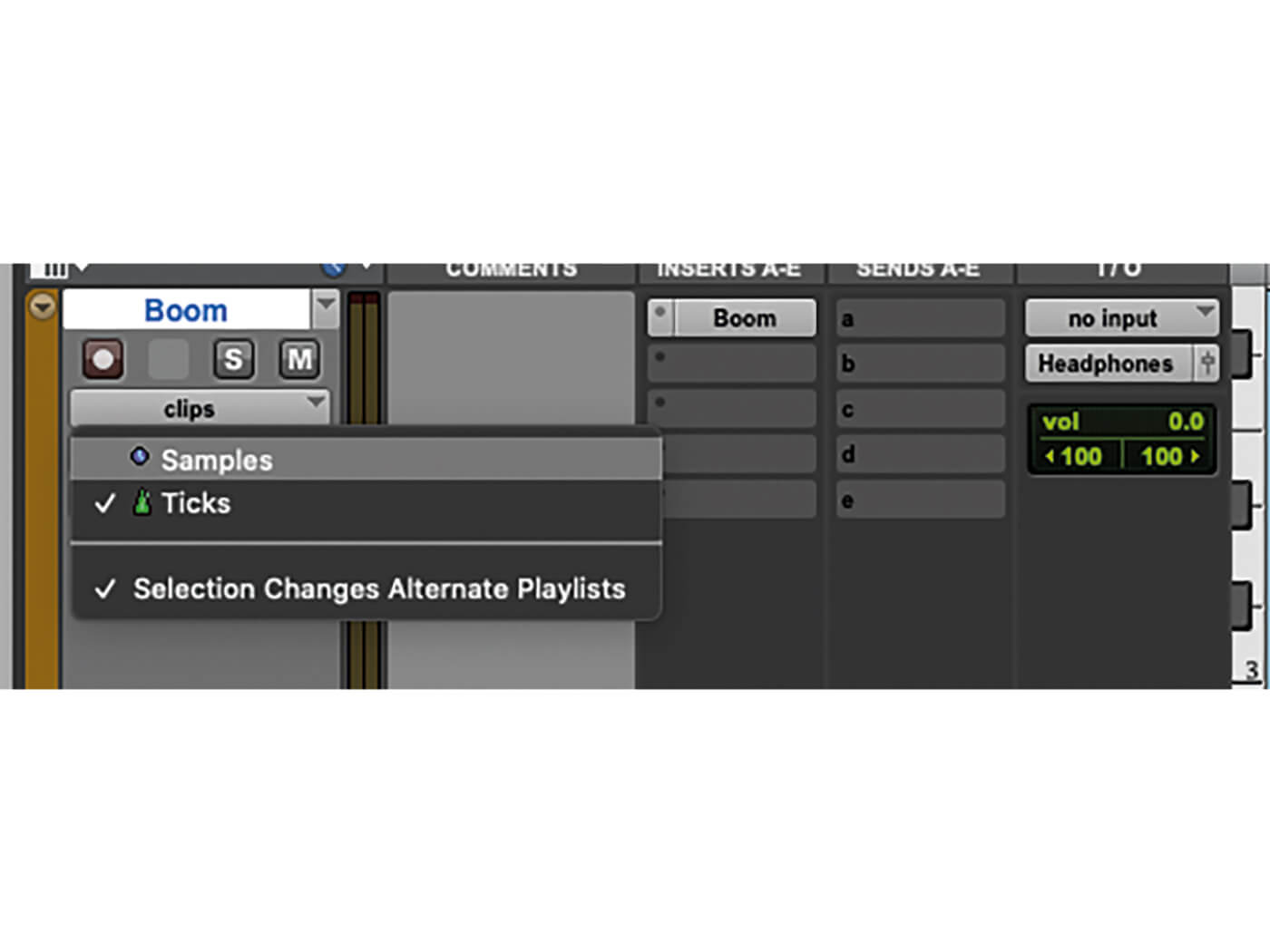 7. For more complex cross-rhythms than multiples of two and three, you’ll need to get creative. Return to the default workshop file, with just the four-to-the-floor beat, and switch the channel into Samples mode. 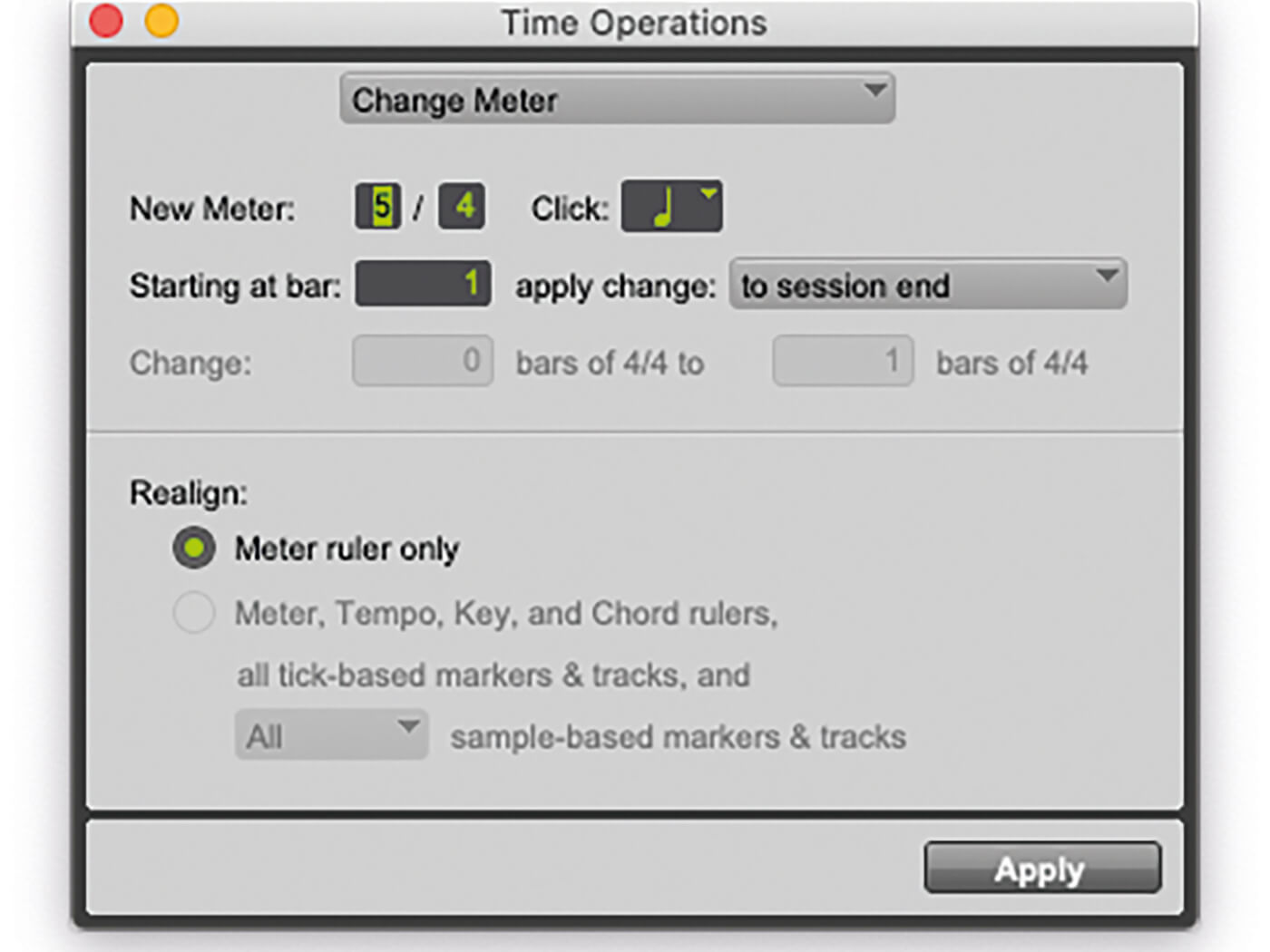 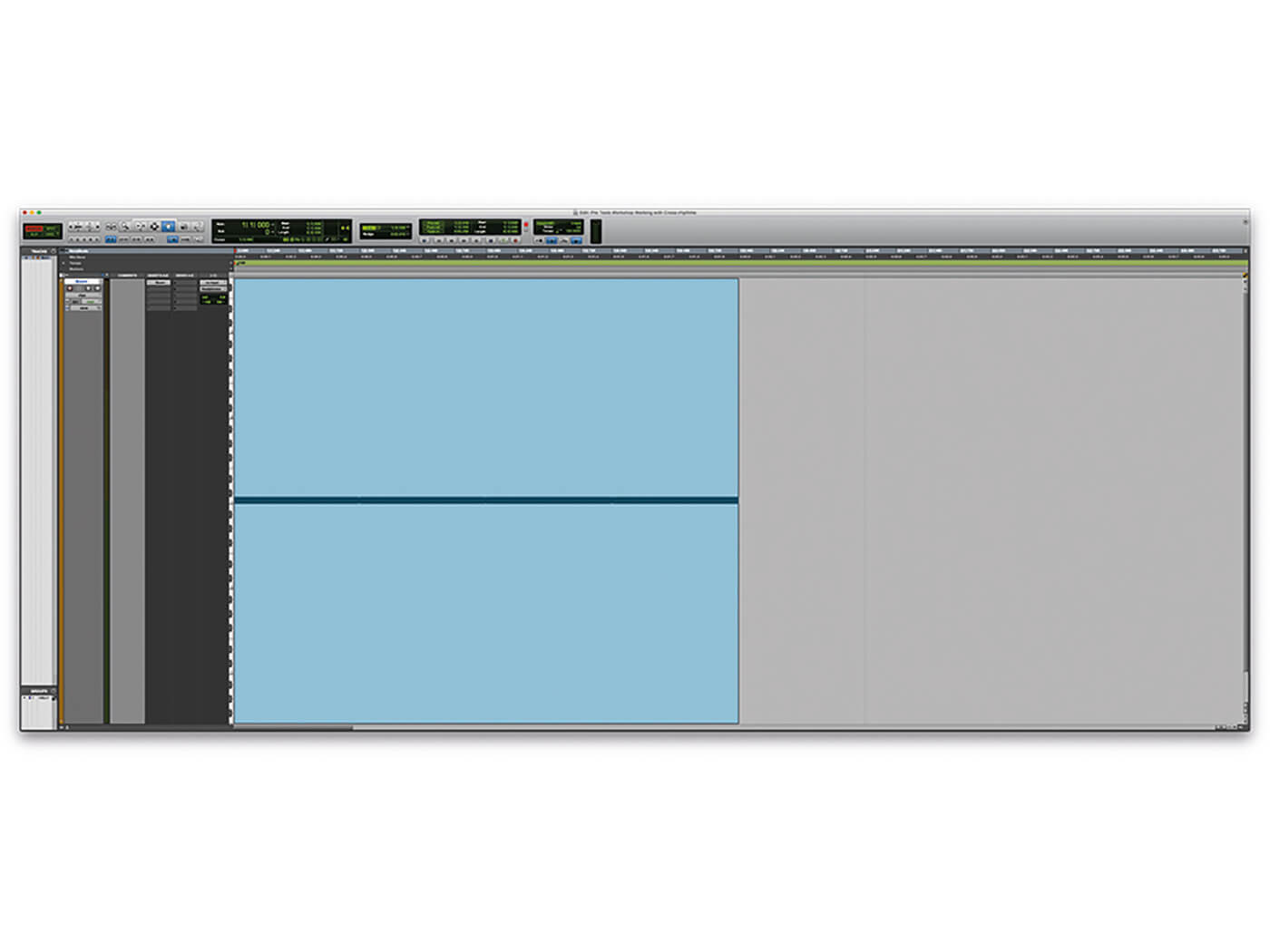 9. Note how the four-beat loop we had setup now only fills ⅘ of the bar. You need to alter the tempo too. 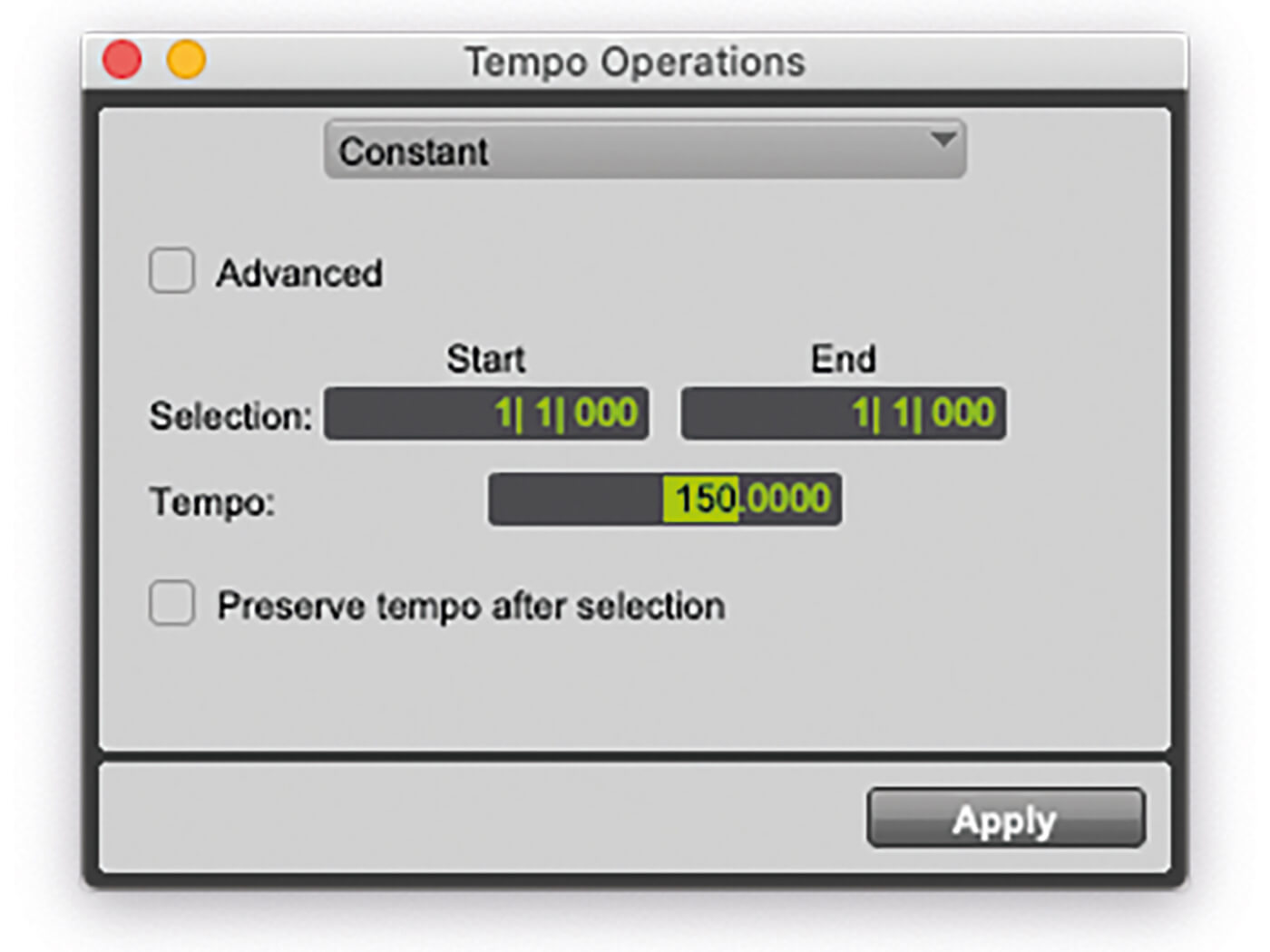 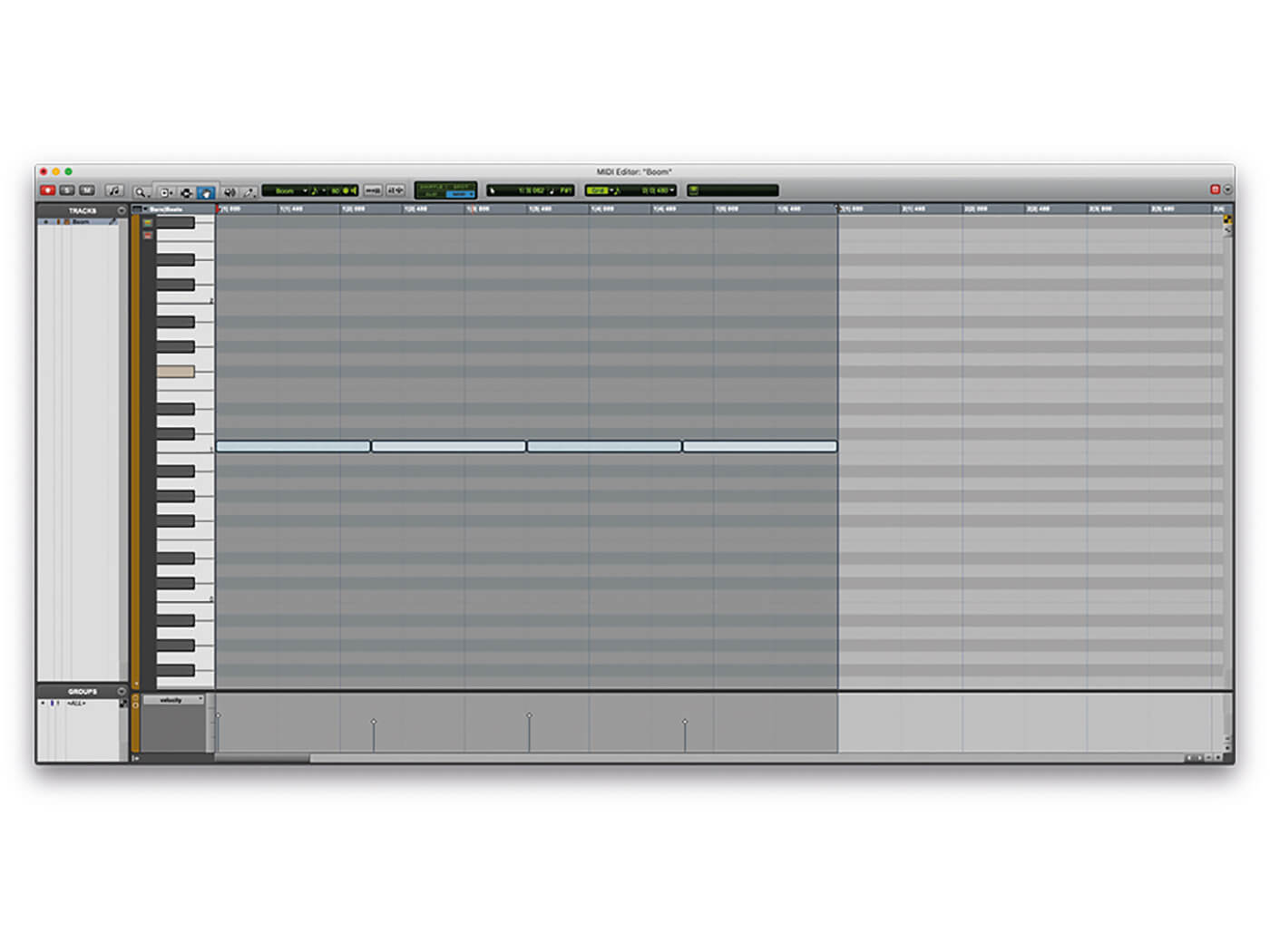 11. Double-click the MIDI clip and, this time, the grid should be broken up into 10/8 notes to a bar, but with the four-to-the-floor kick underneath. 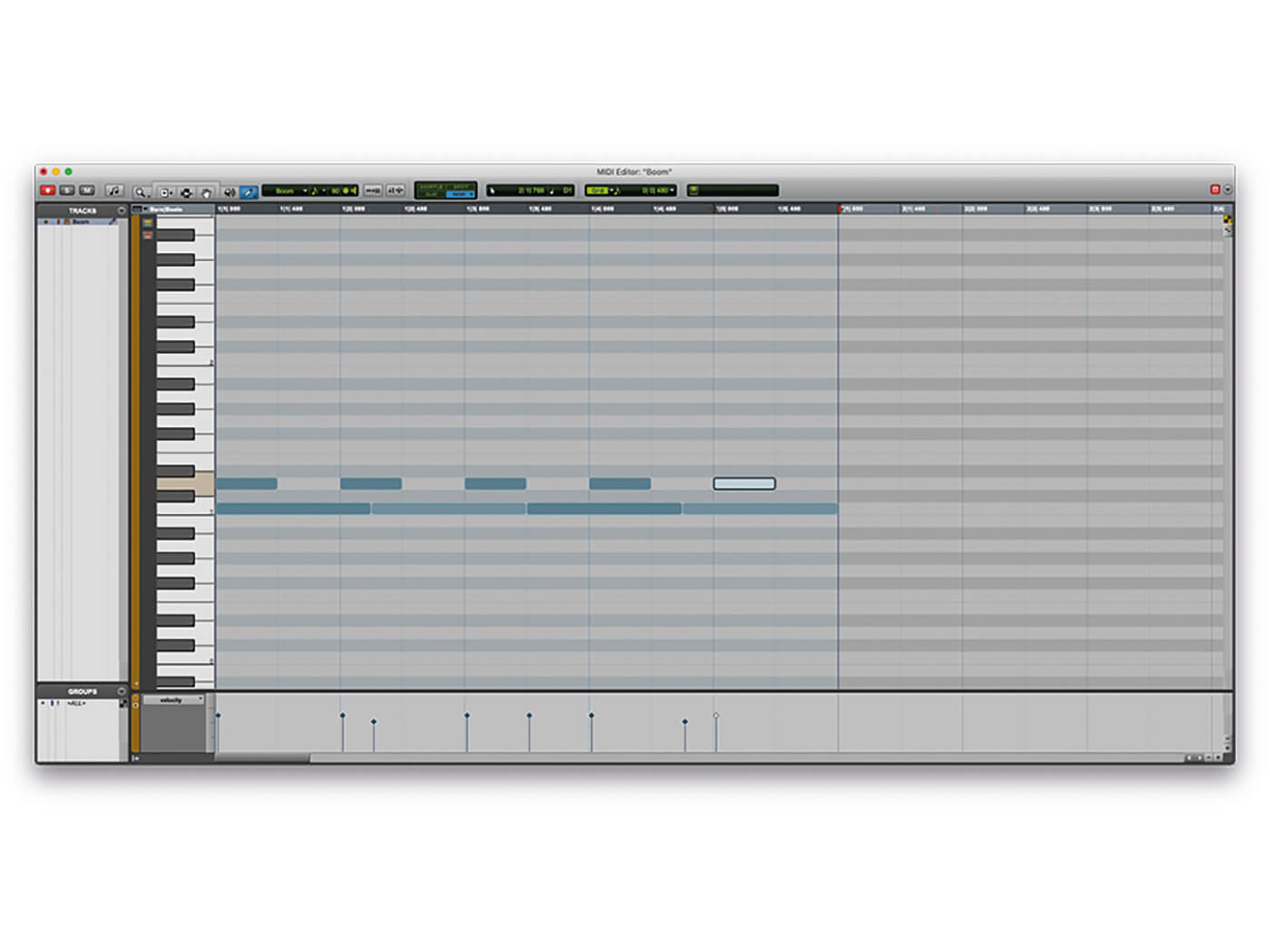 12. Add quarter notes on the snare for a five-over-four pattern.

SETTLE THE SCORE As well as the standard MIDI Editor, Pro Tools has a Score Editor that might prove easier to use for some musicians. You can get to this by clicking Window > Score Editor, or pressing Shift+Alt+ (PC) or Shift+Option+ (Mac) 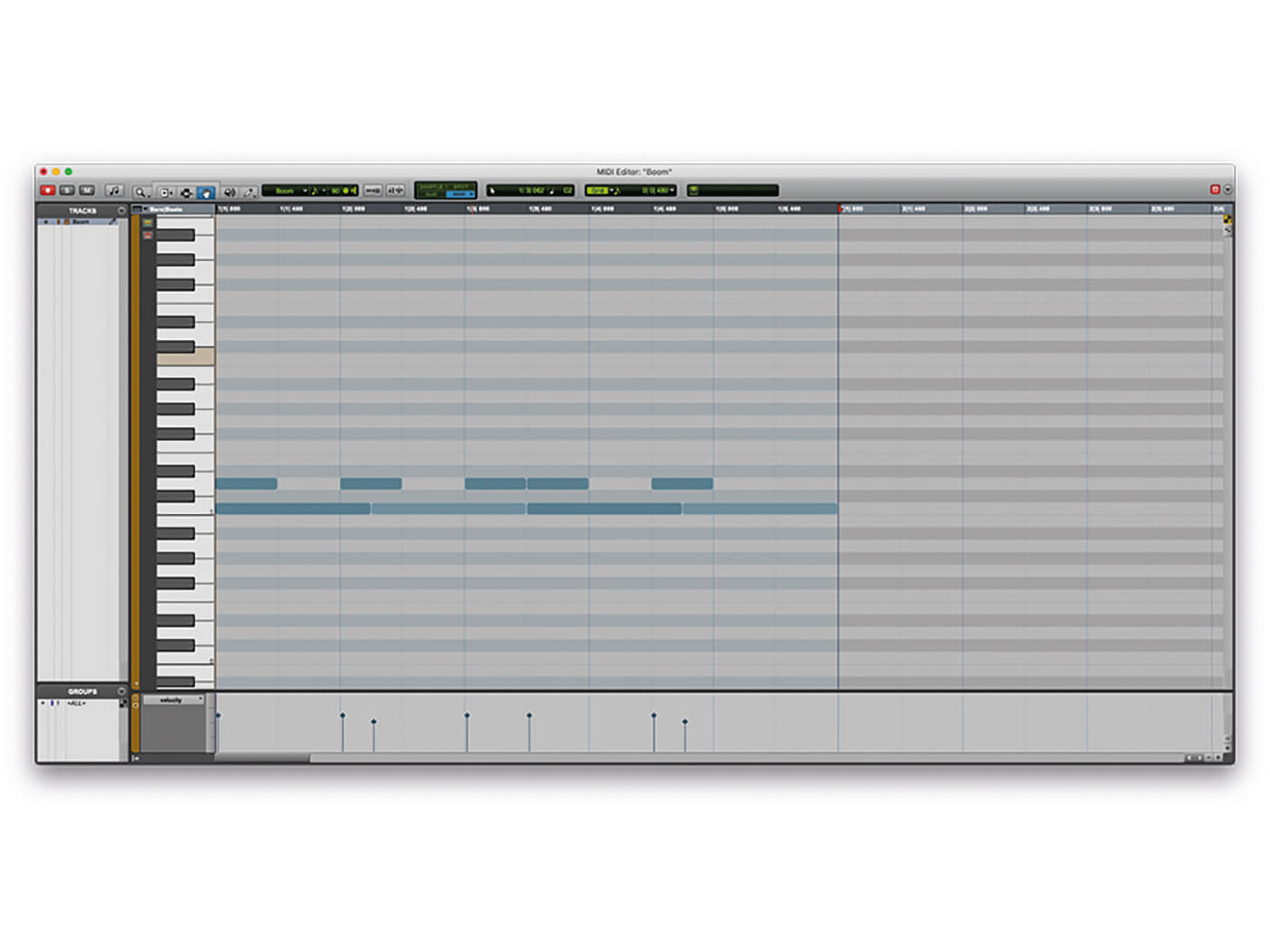 13. Copy the snare pattern onto the hi-hats and push the final two snare beats forward one eighth note to create something more rhythmically interesting but still making use of the 5/4 meter. 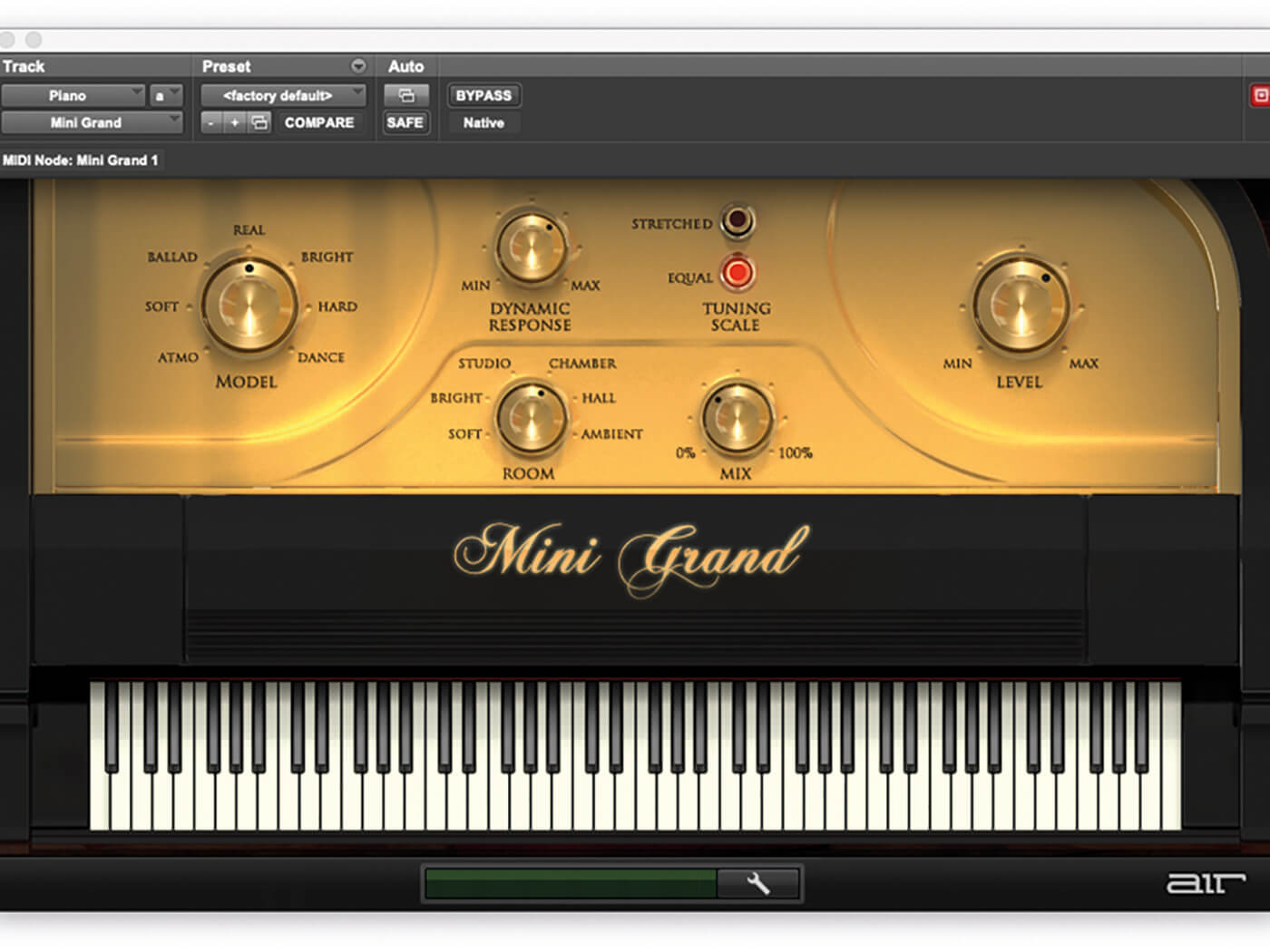 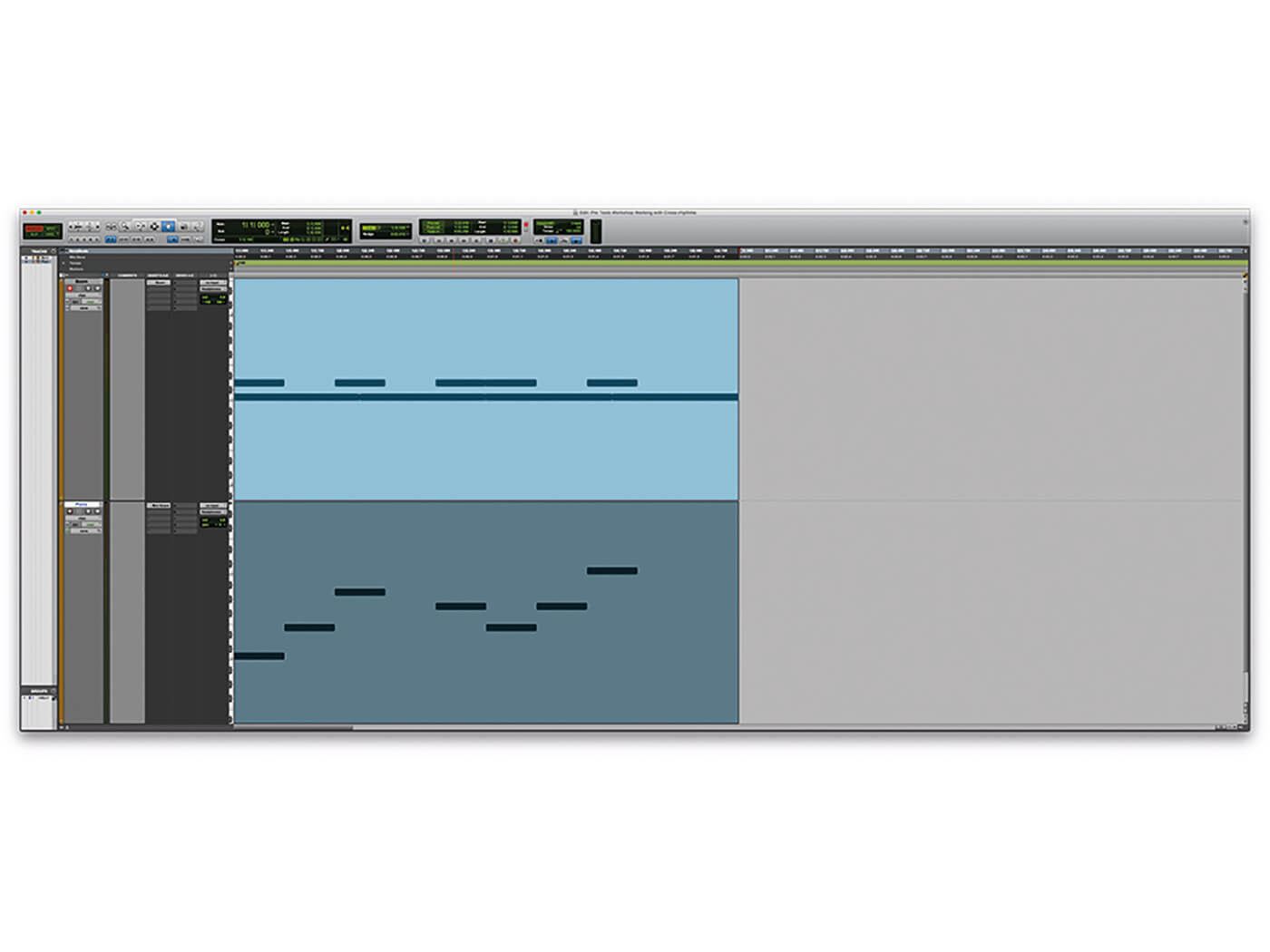 15. On the new channel, write in a new pattern that follows the rhythmic elements laid down by the snare pattern in Boom. 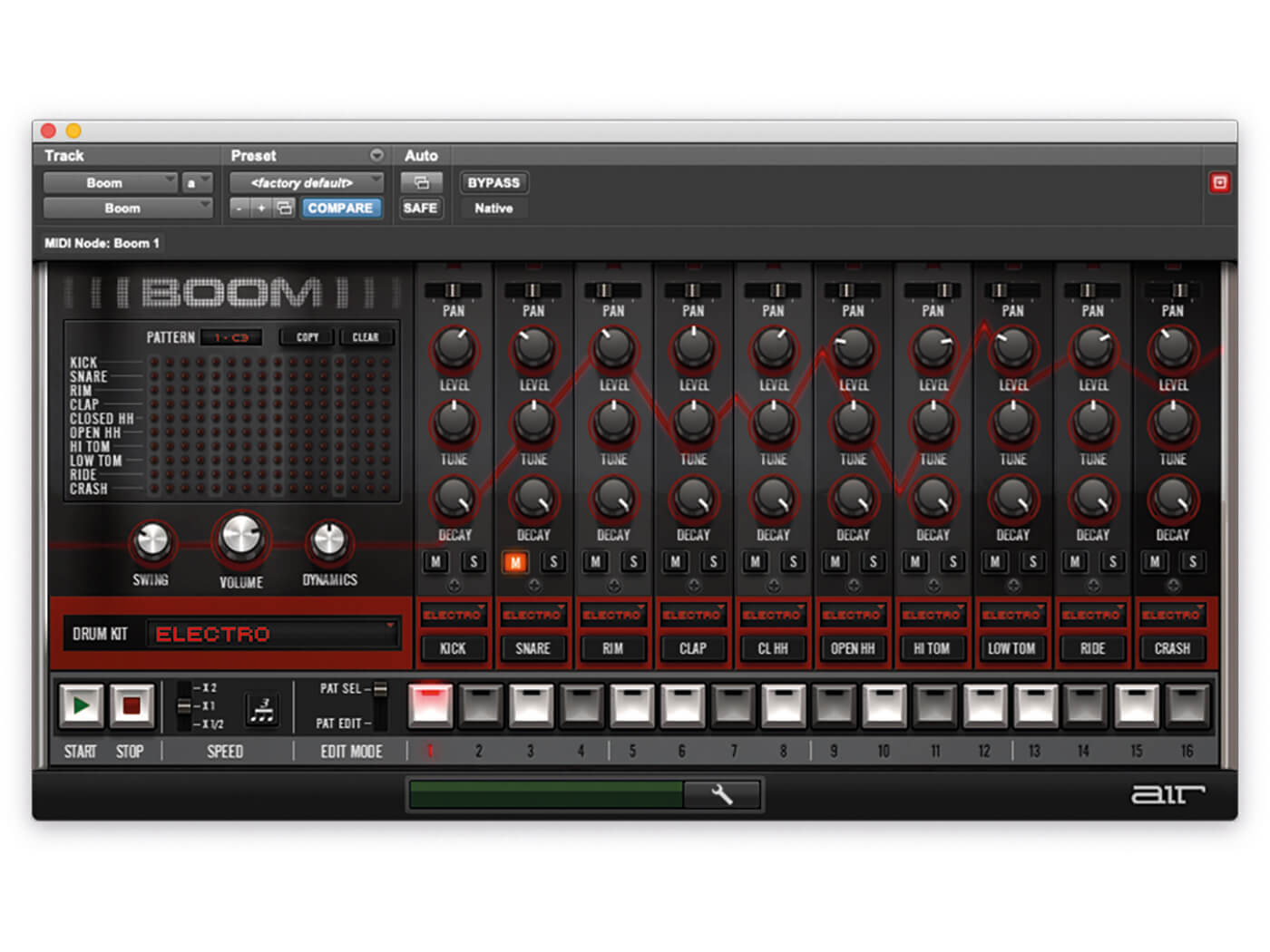 16. Mute the snare entirely to give you a piano pattern in 5/4 over a rhythmic pattern in 4/4. Build up these two patterns as much as you want, emphasising whichever of the two rhythmic meters you wish. 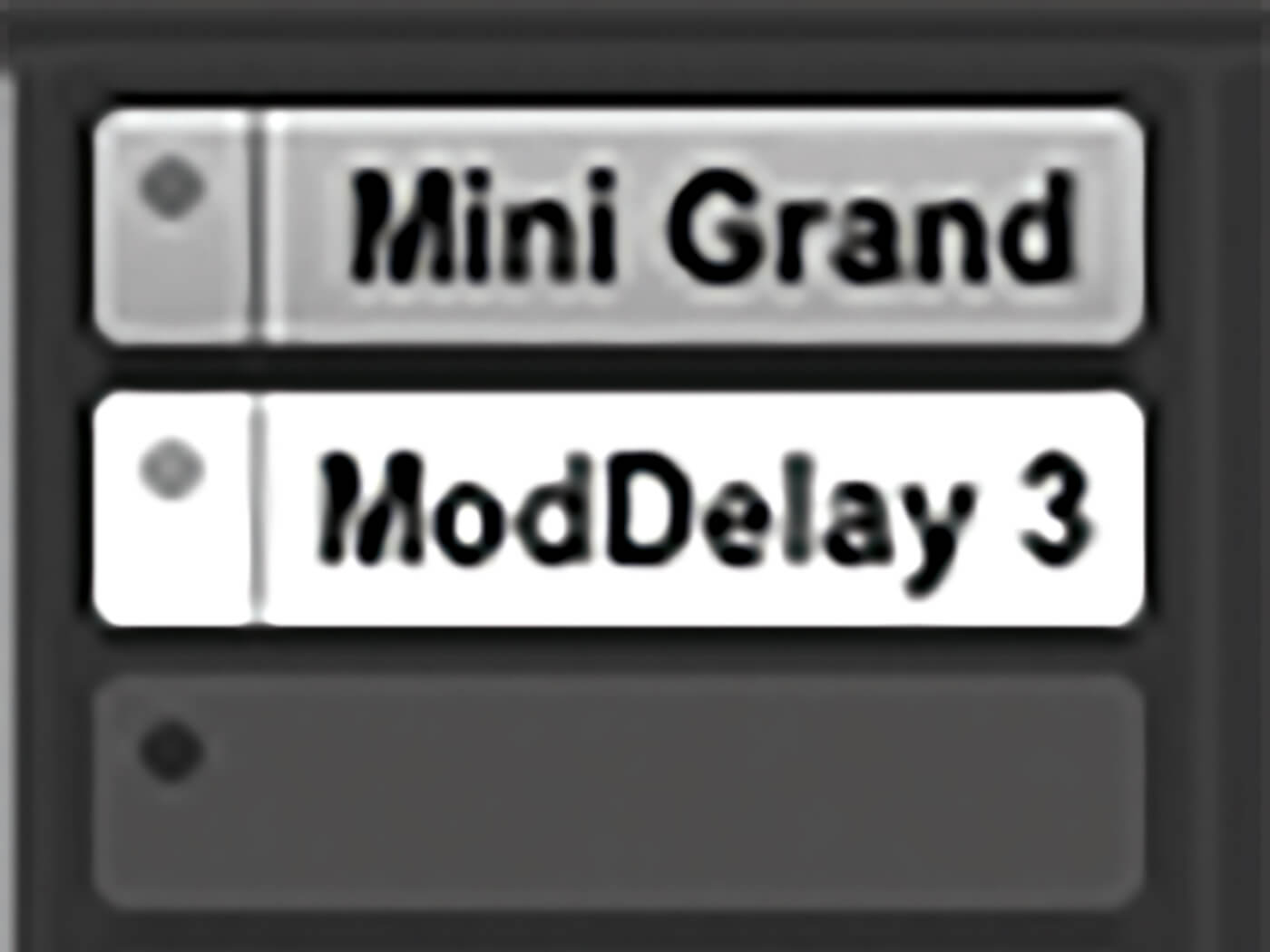 17. Enhance any of these rhythms by using delays synced up to the tempo and meter of their particular channel. Add an instance of Mod Delay 3 after the Mini Grand. 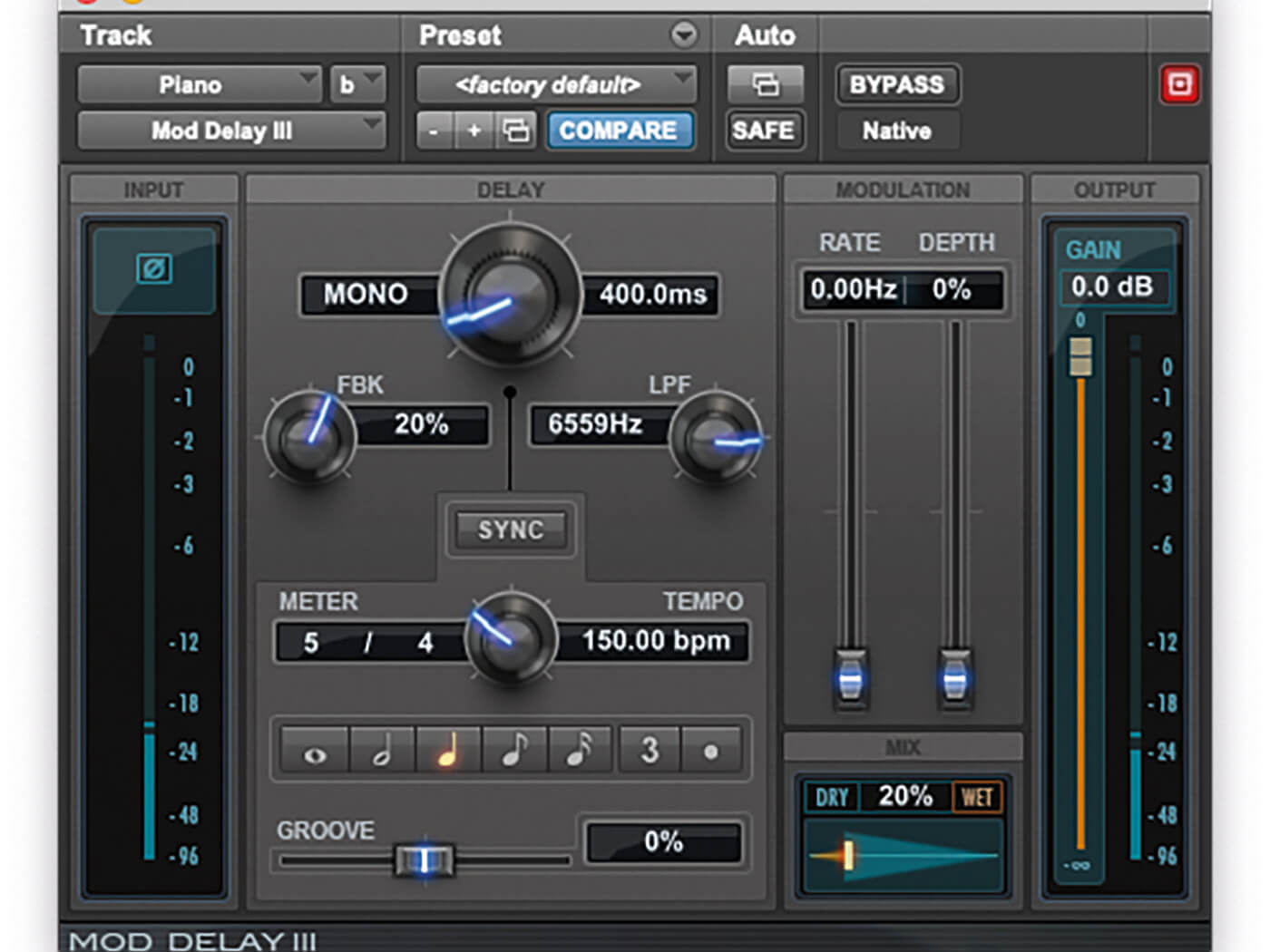 18. Dial in your settings with the Sync button engaged but, once you’ve settled on your sound, disengage the sync. This will allow you to switch back to the alternative tempo and meter to edit the 4/4 elements without disrupting the sound you’ve crafted.