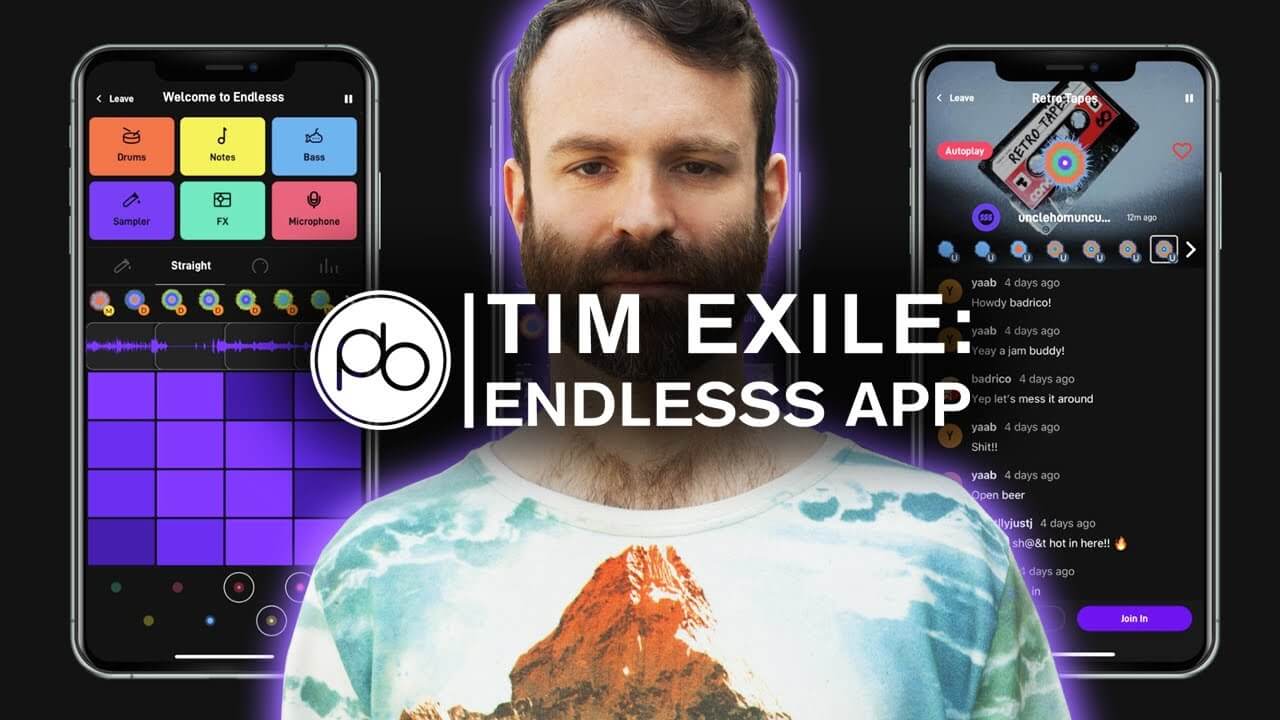 The Endlesss iOS app puts collaboration at the forefront of creativity allowing you to jam live with others from across the globe using drums, notes and effects. As well as creating killer tracks with your friends on Endlesss, you’re also able to browse its growing community of artists and explore their sounds for inspiration.

In the video, watch DJ Ravine and Tim Exile run through some of the software’s key features and show just how easy it is to make great music on the fly with this app. Learn more and show your support to Endless by heading here. Want to learn more about music tech? Check out Point Blank’s courses in London, LA and Online.

Tim Exile founded Endlesss to bring the joy of spontaneous collaborative creativity to music-making in the way TikTok and Instagram did with other media. As a seasoned musician and producer, Tim missed the elements of spontaneity, creativity and community in his long solo studio sessions. He set out to develop his ‘Flow Machine’ instrument for electronic improvisation which would become the DNA of Endlesss. Tim saw the potential of what he’d built to unlock a new purpose for music-making – a fast-paced, live-action, game-like alternative to the complexities of music production and the competitive music industry.

In addition to his work with NI and Warp, Tim has performed live in every continent with his ‘Flow Machine’, collaborated with a diverse range of artists such as Nile Rodgers, Imogen Heap and Beardyman and has spoken multiple times at TED and TEDx conferences about music and improvisation.