Risa T deconstructs one of the biggest hits of 2019. 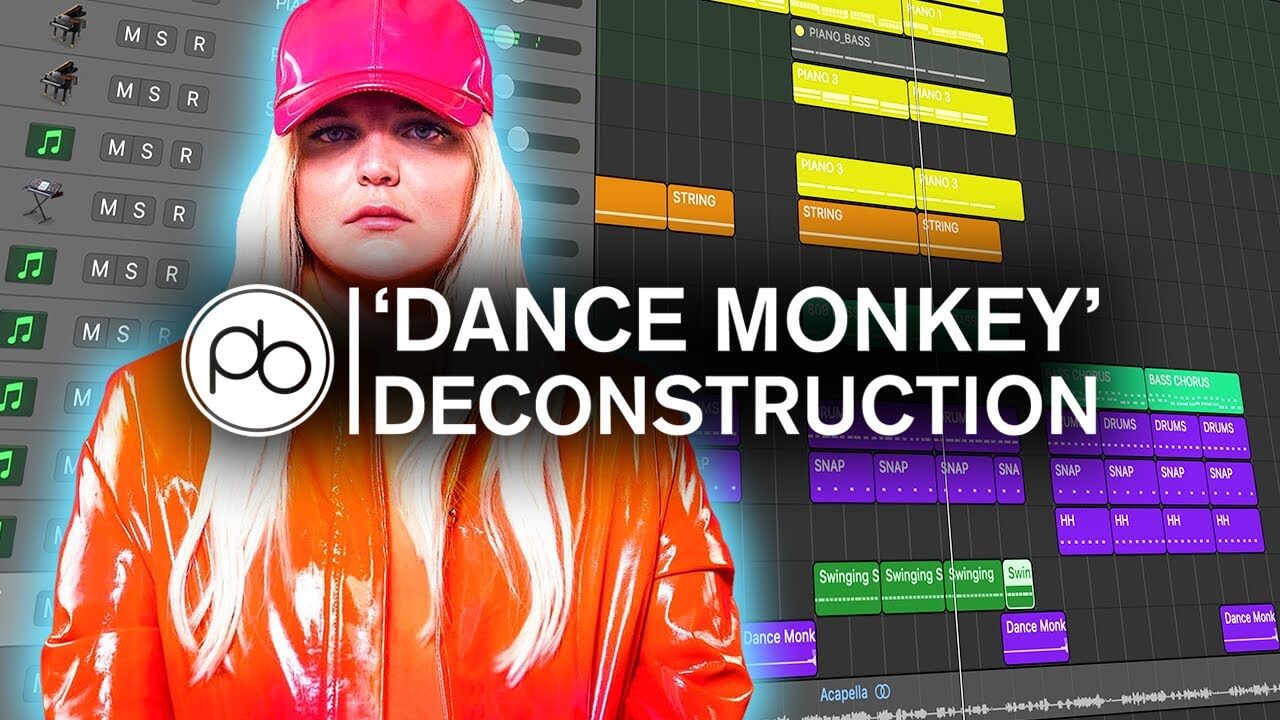 With two and a half billion hits across YouTube and Spotify, a nomination from NME Australia as “Best Song” of the year and four ARIA wins, Tone and I’s Dance Monkey has been a huge mainstream hit. It was released last year via Bad Batch Records under exclusive license to Elektra Records and went on to rule the UK Singles Chart for 11 consecutive weeks. Point Blank is back to give it the breakdown treatment, with Course Content Developer Risa T stepping in to pick it apart.

Point Blank’s track breakdowns involve stripping back a well-known track to its core elements and recreating it from the ground up. In this video, Risa shows exactly how Dance Monnkey was produced using Logic Pro X. She kicks things off by looking at the chord progression used throughout the song, then recording in the track’s bass pluck and percussive finger snaps. She moves swiftly on to the TR-808-style line which she programmed in Native Instruments’ Massive and shows how to easily create your own sweeping sound effect – a staple for exciting build-ups.

Last but not least, Risa works on Dance Monkey’s chorus – the part which features that big Moog-style bassline. This deconstruction is great for anyone looking for tips on how to structure their tracks and proves that you can create a hit with just a few key elements.

If you’d like to learn more about producing, mixing, mastering and releasing tracks just like this one, check out their selection of online courses. Plus, get 25% off selected online courses before their offer ends on 18 May with code: ONLINE25.

Find out more at pointblankmusicschool.com