In Point Blank’s latest spot they present a track masterclass looking at ‘Climax and ‘Over the Clouds’ by techno artist Marco Faraone… 2016 was the year that Marco Faraone broke into the techno mainstream, consolidating years of hard work that begun, aged 14, behind the hi-fi setup at his Tuscany family home. It has been an organic rise, the […] 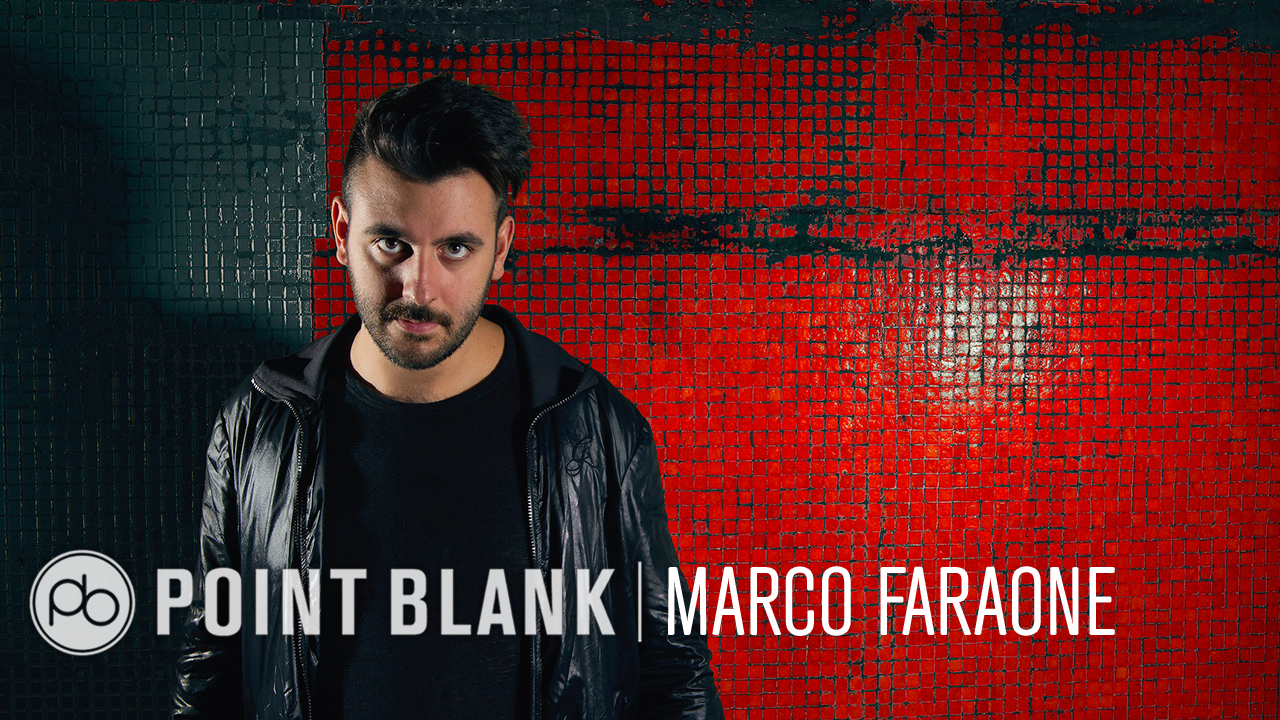 2016 was the year that Marco Faraone broke into the techno mainstream, consolidating years of hard work that begun, aged 14, behind the hi-fi setup at his Tuscany family home. It has been an organic rise, the motor of which has largely been his own intuition as he experimented with different sounds and styles. Indeed, it’s testament to his creative shapeshifting that Faraone has released on labels ranging from Get Physical to Drumcode.

In this interview, recorded at Point Blank’s London studio, the Uncage boss talks about his trajectory, from those early jams on Reason – when his friends were off playing Playstation –  to his later gravitation towards hardware. He also offers an instructive and in-depth look into his creative process as he breaks down, step by step, two huge tracks, ‘Climax’ and ‘Over the Clouds’ from his 2016 EP for Drumcode. Watch the video above and make sure you subscribe to Point Blank’s channel for more tutorials, interviews and live events.

Point Blank regularly invite electronic music’s biggest names to speak to students either as guests, or as alumni. Over the years they’ve had everyone from Claude VonStroke, Nicole Moudaber, Goldie and Jon Rundell study both online and at their London school. If you want to join their elite graduates, check out Point Blank’s online diploma course. Taken from anywhere in the world it’s your chance to master your craft. With modules in composition, mixing, mastering and even music business, all aspects of the industry are covered, giving you all the skills you need to succeed in music. Find out more about Point Blank’s online diploma here.