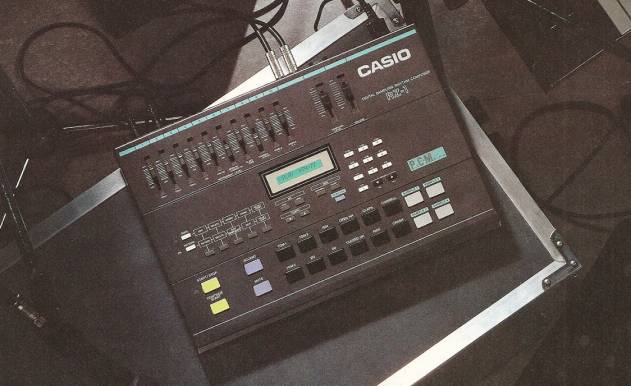 In Point Blank’s latest spot they present the third episode of the Under the Radar series, this time with a focus on the Casio RZ-1…

Sam Willis (R&S records, Point Blank) and Declan McGlynn return for a third episode of Point Blank’s Under The Radar series. For those who haven’t been following, in these videos Sam and Declan go over some fantastically well made and reasonably priced pieces of old kit that may have been temporarily forgotten or overlooked. These would make a fantastic addition to any studio. Their relatively low price tags and good manufacturing standards make them great options if you are a student, professional, or are just looking to take your first steps into getting away from the screen and using some hardware with your productions.

In this instalment, we take a look at the Casio RZ-1 – a true gem of a 12 bit sampler. Described by some as a ‘poor man’s SP-1200’, its on board sampling lets you create up to four of your own percussion sounds, a distinctive feature for its time. It’s low fi sound is very unique and it built in sequencer is easy to use and effective.

Don’t forget to subscribe to Point Blank’s YouTube channel to catch up on any episodes you may have missed, and to keep up to date with the next in the series, as well as a wide range of Masterclasses, tutorials and more.

For those interested in learning more about hardware like this, old and new, or other aspects of music production, Point Blank offer a number of courses at their studios in London and Los Angeles or online. Instructors include Sam, who teaches as a part of the BA (Hons) Music Production & Sound Engineering degree. Contact one of PB’s course advisors here to book a tour or to get some more information about what is on offer at Point Blank. You can also call on 020 7729 4884. If you’re an international student, please call +44 20 7729 4884.