Karplus-Strong string synthesis isn’t just for modular synth aficionados. You can achieve similar, unique results in your DAW with freeware. 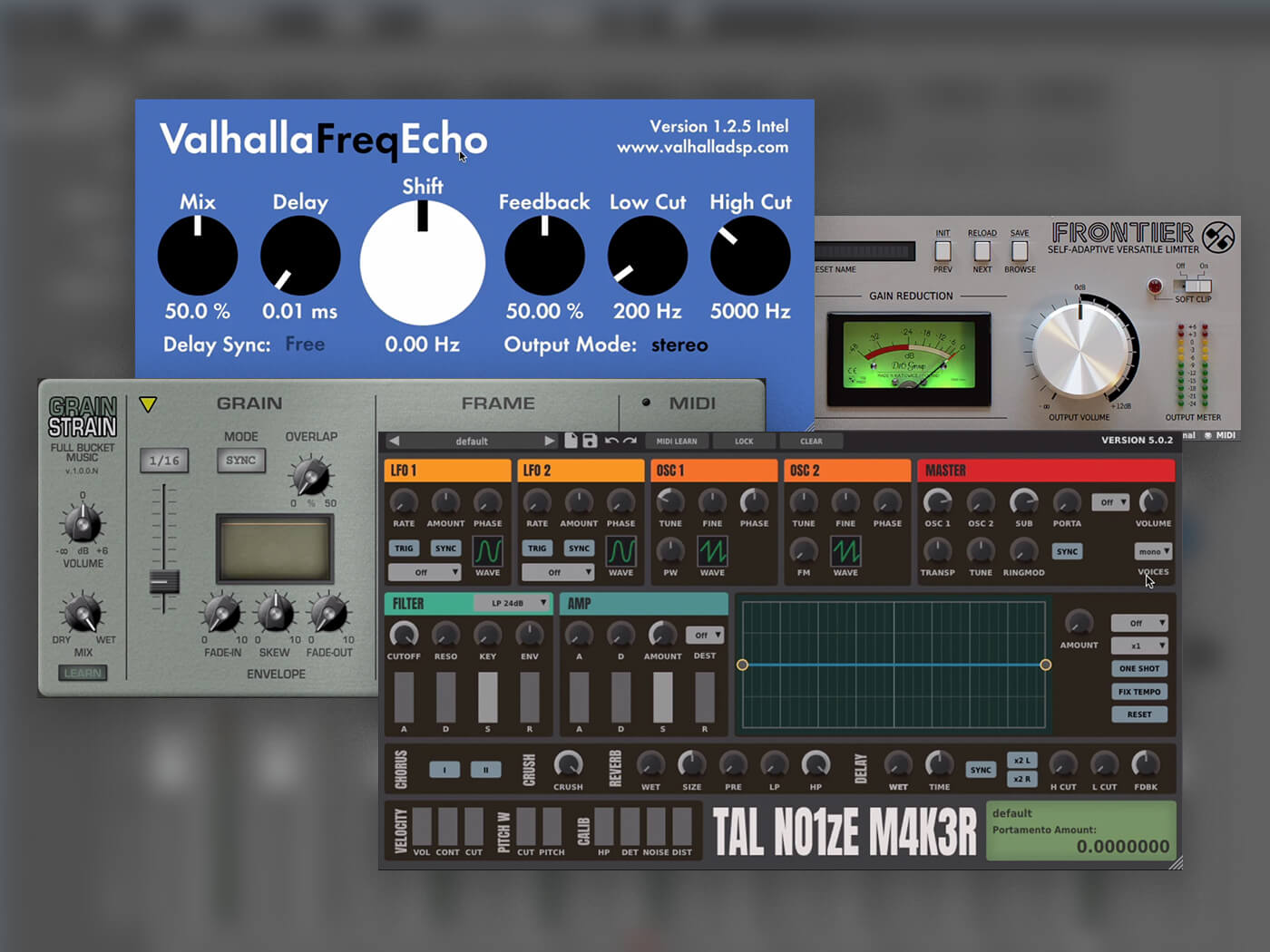 Thanks to Eurorack modules like Mutable Instruments’ Rings and Dreadbox’s Antidote, the relatively obscure Karplus-Strong string synthesis model has become de rigueur in recent years. Karplus-Strong is a type of physical modelling that uses a short burst of white noise and feedback generated by a delay to emulate the sound of a plucked or bowed string. Think guitars, banjos, and violins.

You don’t need to have a wall of modular synths to take advantage of the sound design possibilities of Karplus-Strong synthesis, however. In fact, with just a DAW and a few freeware plug-ins, it’s pretty easy to build a string-aping signal path that you can then twist into a rhythmic drone. It won’t be as sophisticated as the tools professional manufacturers have on offer, but you will have the advantage of complete customisation.

Here’s the sound we’re going for:

What Is Karplus-Strong String Synthesis?

There are many kinds of synthesis in electronic music. Subtractive analogue synthesis and FM synthesis are two of the most common, but there are plenty more obscure kinds as well. Eurorack is all about experimentation, so manufacturers will often build modules that use less well-known synthesis models. One of these is Karplus-Strong string synthesis.

Physical modelling is exceptionally complicated. Thankfully, what we’re going to attempt today is fairly primitive. However, the basic principles are the same: an impulse exciting a feedback loop.

Let’s start with the first element in the signal path, the white noise burst. This will be the exciter that gets the resonant feedback going. Create a new MIDI track in your DAW and add TAL Software’s TAL-NoiseMaker, a high-quality and free subtractive synth, to it. Program a series of repeated quarter notes, as shown in the video below. These will eventually excite the delay loop.

We’re only going to use white noise, so set Osc 1’s waveform to noise. This is the bottom choice in the window marked “Wave.” Make sure the sub oscillator (labelled Sub) is turned off in the Master section.

We want to create a pluck-type burst to excite the delay line, so set the amplitude envelope – marked Amp – to a very short decay. Something around 0.05 should work. Turn down the sustain slider to zero to match the attack and release. We can leave the filter wide open for now – we’ll do filtering later in the delay line to emulate damping.

Right now, you should hear a rhythmic series of clicks. So far, so good. Next, let’s get this sounding more like a stringed instrument than a popping record. In your DAW, create an auxiliary bus and send some of the white noise signal to it. We don’t need to send too much – around 30% is an excellent place to start. We’ll use this as part of our feedback loop.

To this newly created bus, add a delay like Valhalla’s Freq Echo to it. Freq Echo is a powerful delay plug-in with great-sounding feedback, perfect for our needs. Set the Mix amount to 100%, so there’s no dry signal present. Next, adjust the Delay to a relatively low amount, say around 8 ms. We’ll fine-tune this later, so you don’t need to get too hung up on it just yet. Then, turn up the feedback to around 60%. Finally, open the High Cut filter all the way for now.

Before we go any further, it’s a good idea to drop a limiter into the bus after Freq Echo. We’re going to create a feedback loop next, and this can grow in volume quickly and unexpectedly. A limiter will ensure that the volume stays below our chosen point.

There are plenty of freeware limiters available, but we like D16 Group’s Frontier for its ease of use. The Threshold dial tells the limiter when to start working. A setting of -16 dB should be good enough. We don’t need to go crazy with the settings; we just want it to stop feedback from building into a squall and destroying our speakers, headphones, or ears!

We’re going to build the feedback loop next. Although we’ve got a limiter in place, things can still get hairy and piercing, so start with volume levels low and proceed slowly. Remember: minor adjustments can often lead to big changes in volume.

Create another auxiliary bus and connect the delay bus to it. Don’t raise the volume yet, though. Next, create a send from Bus 2 back to the delay bus. This will cause the delayed signal to feed back. Again, don’t raise the volume amount yet. Finally, while the DAW is running, increase the send amount on the two busses a little at a time. If it starts to howl, back off. A little goes a long way, so proceed cautiously!

Finally, we need to fine-tune the three feedback amounts. Adjust the delay feedback of Freq Echo, and the bus send amounts until you arrive at something that approximates the sound of a plucked and resonating string.

Let’s make some adjustments to the various parameters in our Karplus-Strong string line to fine-tune the outcome.

We’ll start with pitch. While it’s hard to make adjustments precise enough to hit specific notes on the chromatic scale, we can make broad adjustments by changing the delay time on Freq Echo. Faster delay times will result in higher pitches while slowing down the delay will produce lower notes.

We can dampen the sound by adjusting the High Cut knob on Freq Echo. Notice how the sound becomes darker when you turn the knob. This can also affect the feedback, so be judicious.

Next, let’s try changing the shape of our exciter. Playing with the Attack and Decay settings on the amplitude envelope on TAL-NoiseMaker will drastically alter its feel. Longer Attack settings will give us scraped and bowed sounds.

There’s no reason to confine ourselves only to white noise, either. Try changing the waveform in the Wave window of oscillator 1. The sawtooth and square waves will yield interesting percussion-type sounds.

Let’s further process our signal with reverb. Place a reverb such as TAL-Reverb-4 on a new bus. Increase the wet knob to 100% and bring the Dry knob down to zero. This adds depth and space to the resonant strings. Send more volume to the reverb for a wetter sound.

Finally, let’s add a granular delay to further shape the drone. Full Bucket Music’s excellent Grain Strain can create rhythmic granular echoes. It takes tiny samples of the incoming audio, called grains, and repeats them in small loops, called frames. Again, make sure the wet amount is at 100%. Next, experiment with grain delay times and frame periods. We’ve gone with a grain of 1/16 and a frame of 1/4.

While manipulating a Karplus-Strong delay line is great for drones and experimental sound design, it’s difficult to get actual, playable notes out of it. To take your KS experiment into the practical realm, bounce out a single note and import it into a sampler, such as Plogue’s sforzando. After a bit of tuning, you can incorporate it into a song like any other musical sound.