Recreate synth sounds from the electronic duo’s hits to make your own unique tracks. 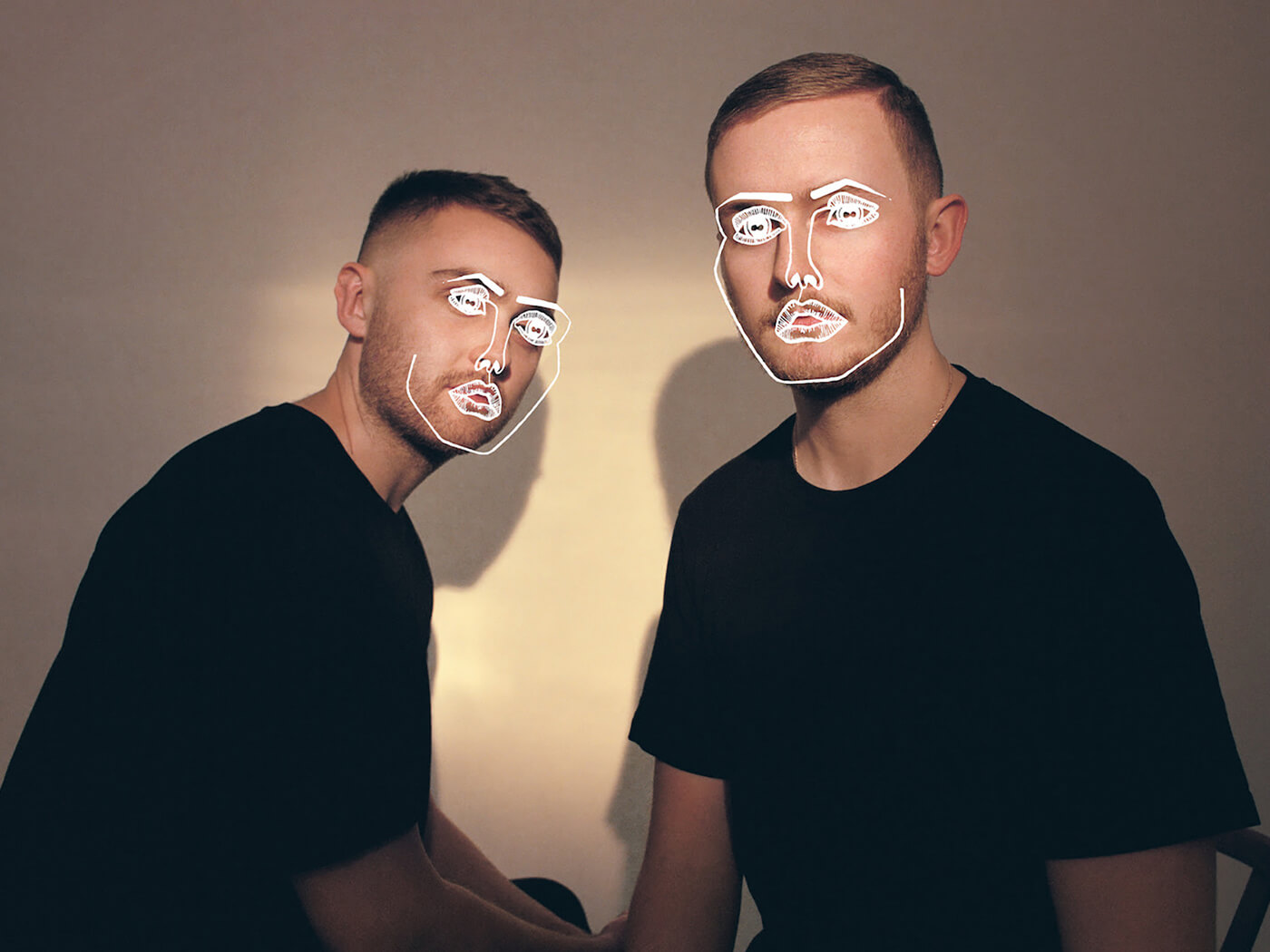 Brothers Howard and Guy Lawrence, aka Disclosure, were immersed in music growing up – both their parents were professional musicians. And after posting their music to MySpace, the talented duo secured a record deal and released their first single Offline Dexterity (2010), when they were both still teenagers.

READ MORE: Disclosure are releasing a new track every day this week

Three hit albums later, the Lawrence brothers have worked with some of music’s biggest names, including Khalid, Lorde, Slowthai and Sam Smith. And they’ve become a staple billing at many of the world’s biggest festivals.

A big part of their unique sound is their synthesis skills, so we’re going to focus on the prominent synth parts from four of their biggest tracks. We’ll unpick the sound design and processing techniques used to show you how you can make top tier sounds like this in the comfort of your studio.

Know Your Worth Lead Synth

Let’s start by deconstructing the lead synth from 2020 smash Know Your Worth. We used Native Instruments’ FM8 to make this sound, but you can achieve a very similar tone using pretty much any other synth.

The first step when programming any synth is to consider the texture of the sound. To create the raw tone, use two of FM8’s operators (located in the FM matrix on the expert page), both set to the default sine wave. First, increase operator F’s ratio to 2.0; this pitches the sound created by the operator up by one octave.

Next, enable operator E by right-clicking on it, then routed it to the output bus at a low level of 40 (of 100). As we’ve already pitched up operator F, operator E adds a little depth to the raw sine tone, making it sound warmer and less hollow.

To make our raw tone sounds more similar to the original sound, head over to FM8’s amplitude envelope. We’re looking for a more percussive sound, so set the attack to -50, increase the decay to 20 and reduce the sustain to -99. This gives our sound a more staccato feel. Next, increase the release to 80 to mimic the tail on Disclosure’s synths sound and eliminate any clicks and pops.

For processing, add a little bit-crushing to the sound. We’ve used D16’s Decimort 2 to produce a more faithful tone compared to the original. This creates the subtle digital aliasing sound that’s in the original. A splash of reverb from Kush Audio’s Goldplate, mixed in at 20%, adds much-needed spaciousness to the finished sound.

Next up is the main pad from the skippy garage-esque anthem Who Knew. The Disclosure boys used Korg’s Polysix VST to create the original sound, so we’re doing the same. Part of the unique sound of this pad is the chords played live by Howard, so we’ve made an organic-sounding MIDI chord progression to get us started.

Begin sound-shaping by loading Polysix’s Init preset, giving us a blank page to work from. Set the oscillator (VCO) to a sawtooth, and turn off the pulse width modulation. Next, set modulation source 1 so that the velocity of the incoming MIDI notes slightly opens up the filter cutoff, creating a more organic tone.

After this, set the filter (VCF) to a cutoff of around 2, with a gentle resonance of 3. Increasing the envelope (EG) intensity to 2 modulates the filter using the same envelope that controls the synth’s amplitude. Then, dial in some key tracking (value at 60) so that the filter opens out more when higher notes are played on the keyboard. This is a much-underused parameter and one to always try using.

Moving on to the amp envelope, set the attack between 1 and 2. This will ensure a soft attack that you can still play with rhythmic accuracy. Set both the decay and sustain to 6. Increasing the release to around 5 gives our pad a nice flowing tail, reminiscent of the original tune.

To finish off this sound, we need to give it some movement. Head to the key assign section and increase the unison voices to 2. Push the detune dial to 4 and spread dials to around 5. These adjustments widen the sound and add motion.

Next, we’ll create a convincing acid synth line similar to the one used in My High, but without a Roland TB-303 in sight! We’ve used Xfer Records’ Serum to make this sound, but you can create a similar patch using most other synths.

Start by setting oscillator A’s waveform to Basic Shapes, then adjust the wavetable position to 2, to create an analogue sawtooth wave. This is the same shape as the oscillator in the original TB-303. Next, we chose the MG Low 18 filter type, a nod to the 18dB/oct low-pass filter found in the original Roland synth.

To start turning our patch into something resembling an authentic acid line, reduce the filter cutoff to 50Hz, with the resonance at 75%. To get the squelchy sound we’re after, we assigned envelope 1 to modulate the filter cutoff, with a setting of 50. This moves the filter nicely without completely opening it out. After this, reduce envelope 1’s sustain entirely and reduce the decay to around 500ms to instantly transform the sound into a recognisable acid line.

To give our acid line some extra fatness, increase the filter’s drive and fat dials to around 30%. Increasing the drive and fatness also makes the patch louder, so reduce the master volume level to about 55% to keep the overall volume in check. Finally, assigning macro 1 to envelope 1’s decay dial lets us open out the sound for effect without losing the settings we’ve already dialled in.

You And Me Organ Lead

The final sound we’ll recreate is the organ-like lead synth from Disclosure’s 2013 hit You And Me. This sound has a classic deep house/garage feel to it, so it’s ideal for many styles of music. We call up Native Instruments’ Massive to make our take on this patch, but you can apply the principles to most other subtractive synths.

To shape the tone further, set filter 1 to Lowpass 4 (24dB/octave) and reduce the cutoff to its lowest. Turn the filter’s volume to maximum, then use envelope 3 to modulate the filter cutoff. Setting a fast attack, medium decay, minimal sustain and enough release to avoid clicking/pops gives our sound the right feel for a lead of this kind.

To finish off the sound, add a sprinkle of effects courtesy of the dimension expander. Turn on the effect, and increase the dry/wet amount to around nine o’clock so that the sound has added width but without sounding swamped or unrealistically wide.

A big part of how Disclosure shape their completed sounds is using saturation processing to give everything the kind of unified sound you’d typically expect from summing your mix out to an analogue desk or tape machine. This takes away the digital, pristine sound of the DAW, subtly adding character and glue to the sounds being processed.

In our video example, you can hear how two instances of Fabfilter Saturn chained together give our first lead sound a smoother, less sharp tone without detracting from its character. The first instance is set to clean tape mode with a 25% wet/dry mix, while the second is using the clean amp setting with a subtle 15% wet/dry mix. It’s a subtle effect but adds up across a whole track.

Another plug-in that the Disclosure boys use is Sonnox Inflator, which adds thickness and extra loudness to sounds while remaining clean. By combining Saturn in tape mode, the Inflator and a little low shelf EQ from the Millennia NSEQ-2, we added extra depth and character to our acid line. Try it for yourself with these or similar plug-ins.

As with most processing, being subtle is the order of the day – no amount of effects will disguise bad sound choices.

To sum up, you can use the DAW, virtual synths, and plug-ins accessible at a relatively low cost to create and process high-quality, commercially relevant synth sounds similar to Disclosure. Now see how you can adapt these sounds to make something that’s your own!