How to easily rearrange sections of a song in Cakewalk By BandLab and experiment with structures in a non-destructive way. 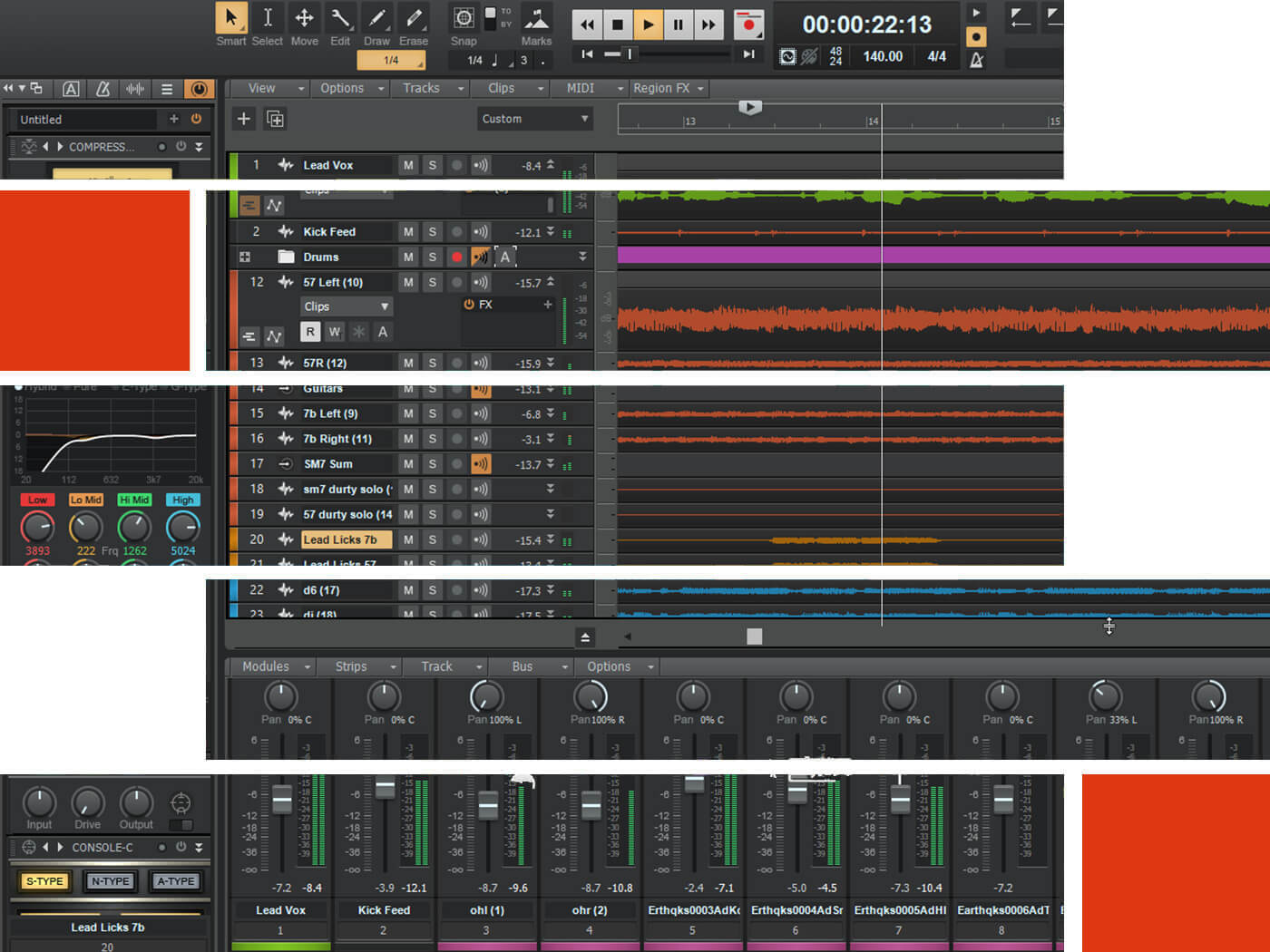 In partnership with BandLab

In previous versions of Cakewalk, trying different project arrangements could be cumbersome. The only way to move sections of a song was to copy and paste. While ripple-editing helped speed up the process, arranging was still a time-consuming endeavour. Since the introduction of its Arranger features, however, Cakewalk By BandLab now gives you the tools to quickly and easily rearrange sections of a song and experiment with structures in a non-destructive way.

The Arranger consists of two main tools. A song’s structure is defined via Arranger tracks, with arrangements created via the Arranger Inspector. In this tutorial, we’ll show you how to create new arrangements from an existing demo song. The demo was created using the free Modern Lo-Fi Pack, which can be downloaded from BandLab Sounds.

To start, open the Arranger Inspector and track simultaneously by clicking the Show/Hide Arranger button. It’s best to widen your track for easier editing too.

Next, designate the different parts of your song by creating Sections. This can be done in a variety of ways but one of the quickest is by making a selection, right-clicking the Time Ruler and choosing Create Section from Selection. Our demo project has four sections, each consisting of four measures, except for the ending, which has six.

Add variation by defining the first half of the verse as a pre-chorus section using a second Arranger track. You can have up to eight Arranger tracks in a project.

Now drag the Pre-Chorus section into the arrangement so that it sits between the second Verse, Chorus set.

Right now, your current arrangement shouldn’t sound bad but it will likely lack variety. Click the Verse to select it and then Ctrl+drag it to a new area of the timeline to make a copy. Change its Type to Bridge. Notice that it can be placed anywhere on the timeline because the Arranger controls the flow of playback, which means that sections don’t have to be placed in a linear order.

Now drag the Bridge section into the arrangement so that it sits between the Chorus and Ending.

5. Saving the Arrangement as a Template

By defining the Type of each section, arrangements can be saved and then loaded into different projects. First, save your arrangement as an Arranger Template. Then create a new arrangement by loading a Template from a collection of pre-existing arrangements that are included with Cakewalk.

If the arrangement contains a Section Type that doesn’t exist in the current project, Cakewalk will make its best guess as to how to fill that part of the arrangement with an existing section.

6. Exporting the Arrangement to audio

Since Cakewalk allows you to create an unlimited number of arrangements within a project, a fantastic way to quickly compare them is to export them to audio and listen to them outside the studio. All created arrangements can be quickly and easily converted to audio simultaneously.

7. Converting the Arrangement into a Project

Once you have an arrangement you like, you can transform it into a linear project, which you can then continue developing, editing and mixing into a full-blown song.

The Arranger features in Cakewalk not only provide you with the means to try different song structures but also grant you powerful songwriting and editing functionality. You can create radio edits, designate subsets of songs to use as beats or loops, and even produce an unlimited number of song variations. Once you start experimenting with the Arranger, you won’t want to stop.

BandLab is the flagship digital product in BandLab Technologies’ portfolio of music brands, and a leading social music creation platform with a global reach of over 37 million users. Through its best-in-class digital audio workstation (DAW) and audio hardware division, BandLab empowers creators to make music and share their creative process with musicians and fans on an unprecedented level.