With the beta of Live 11 in our hands, it’s time for us to scope out some of the most intriguing new additions. While there’s not much in the way of new instruments as such, there are many new sounds and workflows to explore. 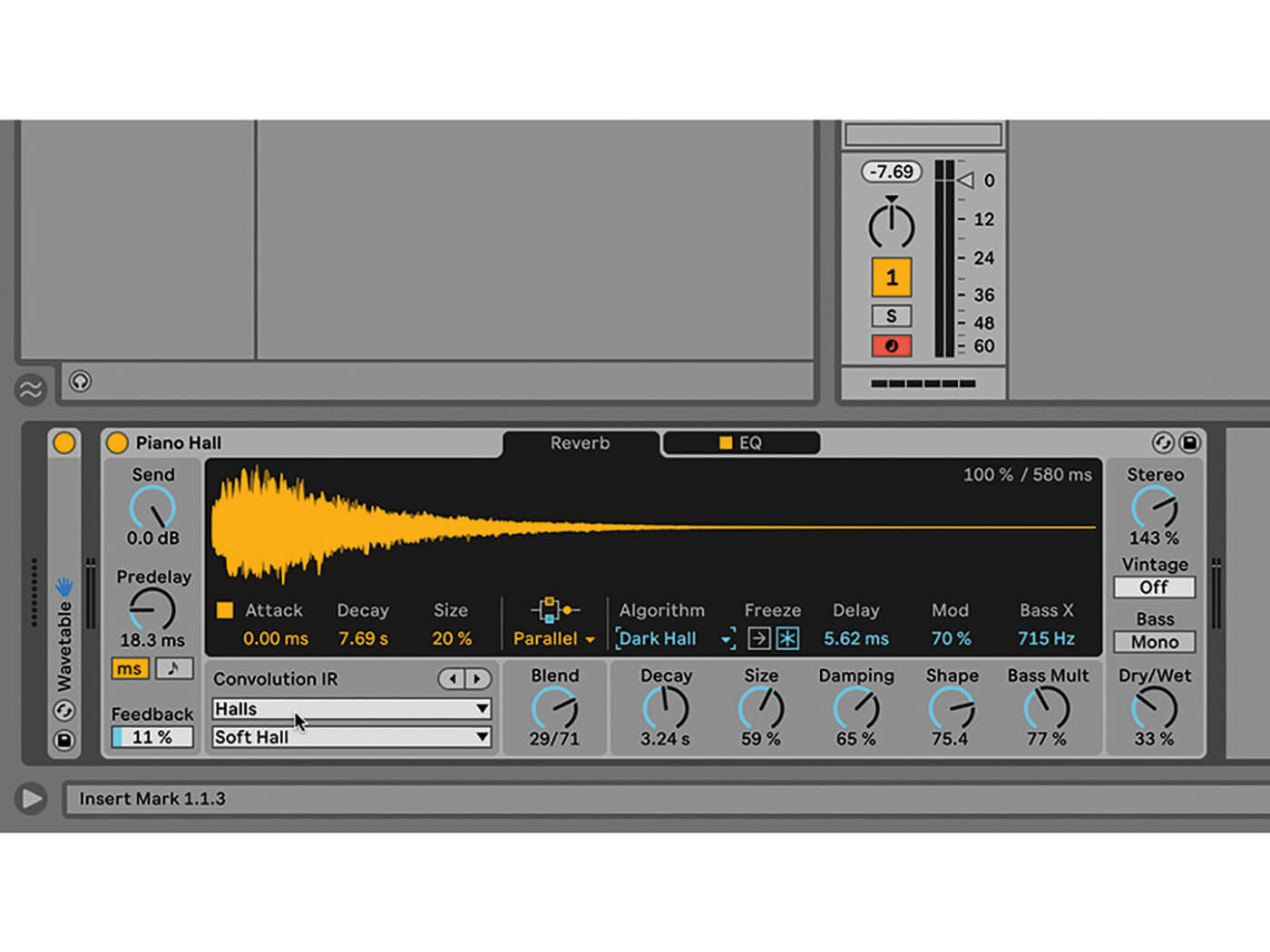 Ableton Live 11 beta brings us new devices and updated devices – some are instruments, some are audio effects – yet the updates are not always obvious at first glance. There are other flagship new features in Live 11, such as track comping, to name an obvious example, and we’ll be delving deep into that in an upcoming tutorial. Initially, we’re concentrating on the devices and the new sounds they will bring, along with some small steps you can try for yourself if you download the beta. Most of these changes will become part of your workflow before you even know it – there’s nothing overtly off-the-wall, as at this point Live updates are all about incremental improvements.

The first thing you should notice with Live’s audio effect devices is that they’re now categorised into sub-folders, such as Drive, Dynamics, Pitch & Modulation, and so forth.  It’s confusing at first, because for a minute you have to think which category a given effect will come under, but it doesn’t take long to get used to it. Though, you can keep using the search tool Cmd-F to find the effect you want, or otherwise organise them into a new collection called ‘audio effects’ or whatever you like.

Live 11’s Hybrid Reverb is a winner, although it’s worth mentioning that the ‘classic’ digital Reverb continues to be available as a separate effect, as is the Max For Live Convolution Reverb. Running two different reverbs in series or parallel – you can’t go wrong, and there’s a Freeze function which goes well if you put Hybrid Reverb in line after Spectral Time and enable freeze on both – it’s like a drone in a can!

There’s also a Vintage selector where snapshots of different bit depths and sample rates can be loaded to create ever-more degraded and old-school sounds, ranging from ‘Off’ to ‘Extreme’; Live is full of these fun little extras through the devices, like the Warmth controls in Chorus-Ensemble and Phaser-Flanger.

Live 11’s new Spectral Resonator works by breaking incoming audio into partials (in synthesis, these are the basic sine waves that make up more complex sounds), for further processing. A MIDI source can send notes to change the pitch of the partials, so the effect can be played like an instrument, which is very cool. Put Spectral Resonator on a track containing a clip, audio or MIDI, then send notes from another track or keyboard. If you’re familiar with the concept of sidechaining, then the principle here is fairly similar.

We mentioned freeze functions with Hybrid Reverb earlier, and it’s also available in Spectral Time. It’s possibly to manually ‘grab’ a slice of audio, or to turn on Retrigger, and then freeze according to transients, or at synced intervals accord to Hz or note values. Redux was always good for bitcrushing low-res sounds, and now it’s more capable than ever, with more uses as a lo-fi noise maker. Its factory presets are excellent illustrations of what it can do.

While we’re talking about ‘classic’ Live effects, you might notice that the instruments taken from AAS have had interface refreshes, in particular Collision and Electric have more visually engaging layouts that combine tidier interfaces with graphics that represent key elements of the instruments. The addition of MPE (MIDI Polyphonic Expression) technology is likely to be pushed further into the mainstream now that Ableton has taken it on board.  This is a topic that will be dealt with separately, for now let’s just say that if you have a Roli keyboard, you can get greater levels of control sensitivity from devices such as Wavetable, than has been possible. We’d love to see this come to Operator as well. It means a suitable controller can send multiple parameters from each note, in a way that nothing else can do (this will also work with any MPE compatible third party devices). If you don’t have a compatible controller, the parameters can be drawn in manually at present.

We all have our favourite working methods and favourite sounds, which means that not everybody will be excited by the same update features and as stated in the walkthrough, it hasn’t even been possible to try the new content yet, such as the Inspired By Nature, set, or the Spitfire Audio sample instruments. We think that it’s a given by this point, that they will sound good. Taking into account the items we’ve been deeply exploring so far, Hybrid Reverb is top of the heap – it’s got everything you need for flexible reverb in there, and combining the two types in one device can be mind-blowing. Following on from that, it’s the Spectral effects that really seize our attention. Version 11 represents a solid update to Live in general, with the range of devices being of particular note. That final Live 11 release isn’t far off, so get your head into these new capabilities now to get the lead on your Live-using friends.

Using the new and updated devices in Ableton Live 11: step-by-step 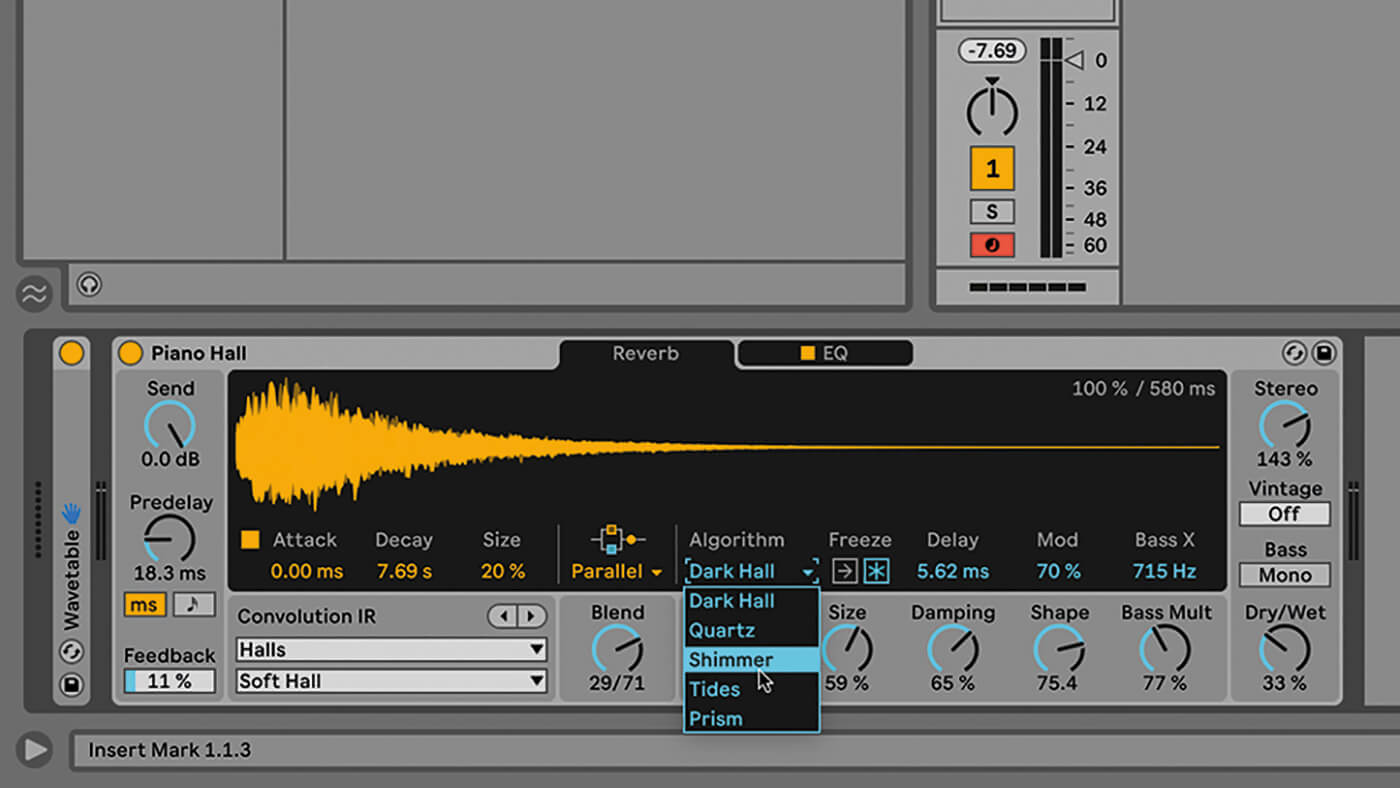 2. Most interesting about this one is that both types of reverb run in parallel. Choose Halls/Soft Hall on the left, then choose Shimmer in the algorithm section. Now use the Blend control to dial in varying amounts of each reverb, creating a unique texture. 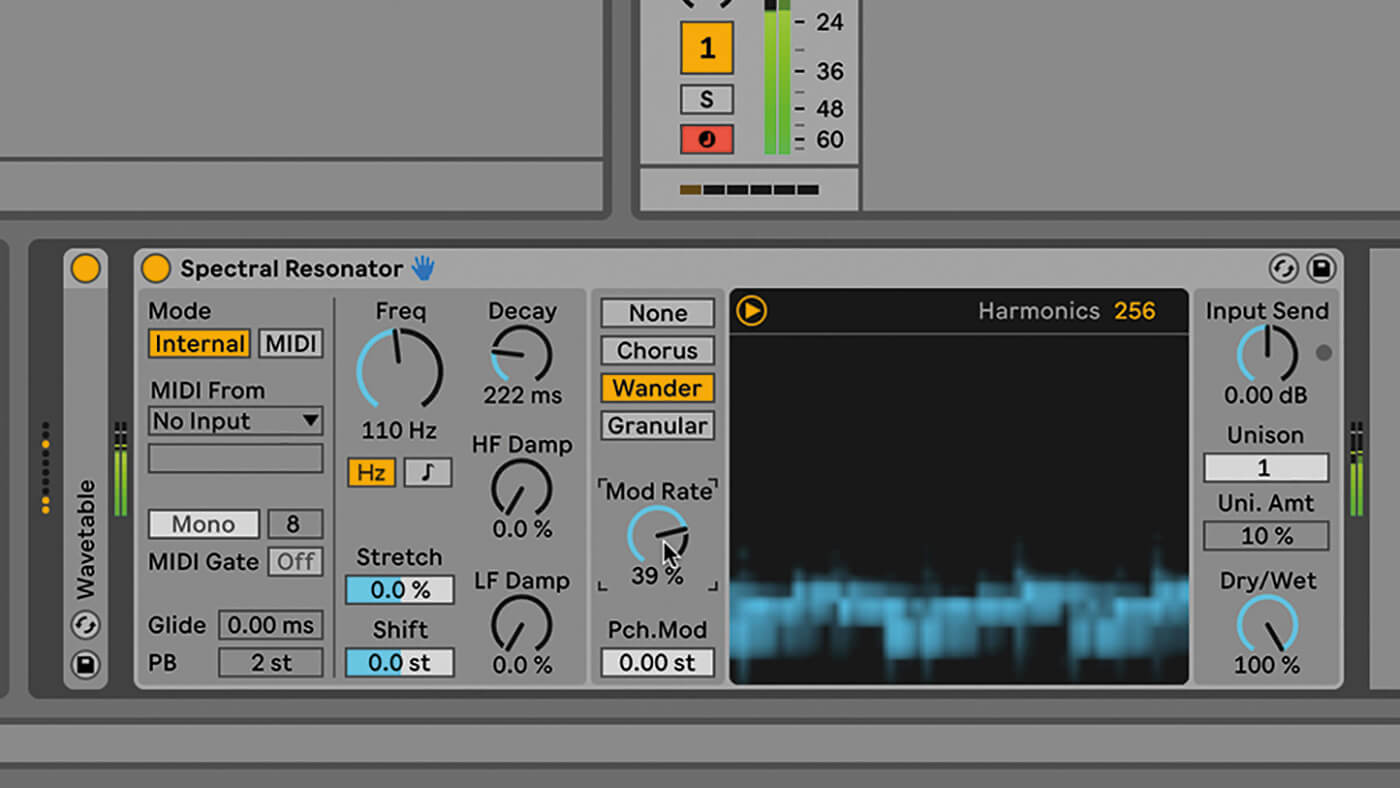 3. Spectral Resonator is a great one for sound design – incoming audio is broken into partials, which can then be stretched, shifted, and filtered. There is a typical sound for this type of effect, but exploration is rewarded. Try different modulation modes while adjusting the Amount control. 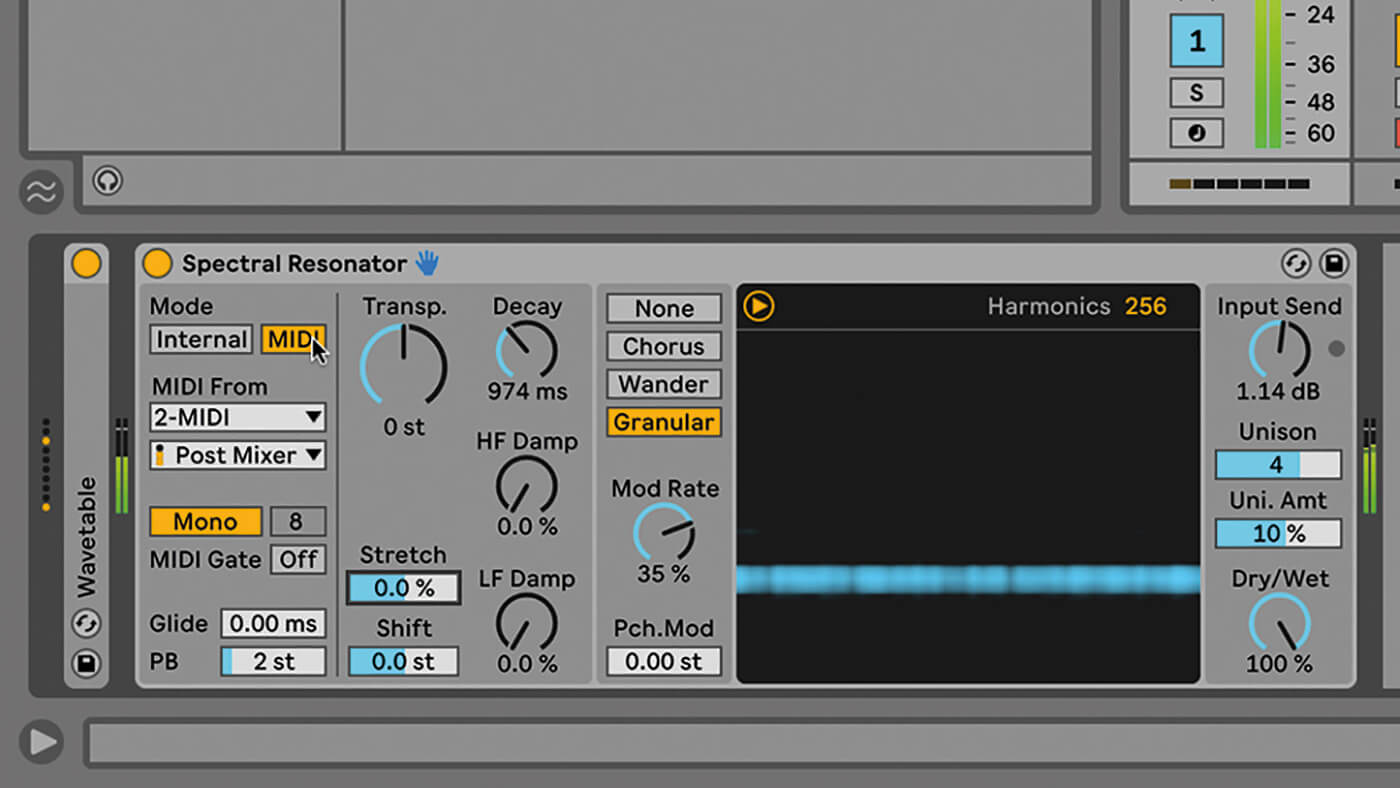 4. This ‘audio effect’ can also function as an instrument! Apply it to a source audio track, and then play a MIDI keyboard or send some notes to it, and the effect responds to the frequency of the notes, it’s very responsive used in this mode. 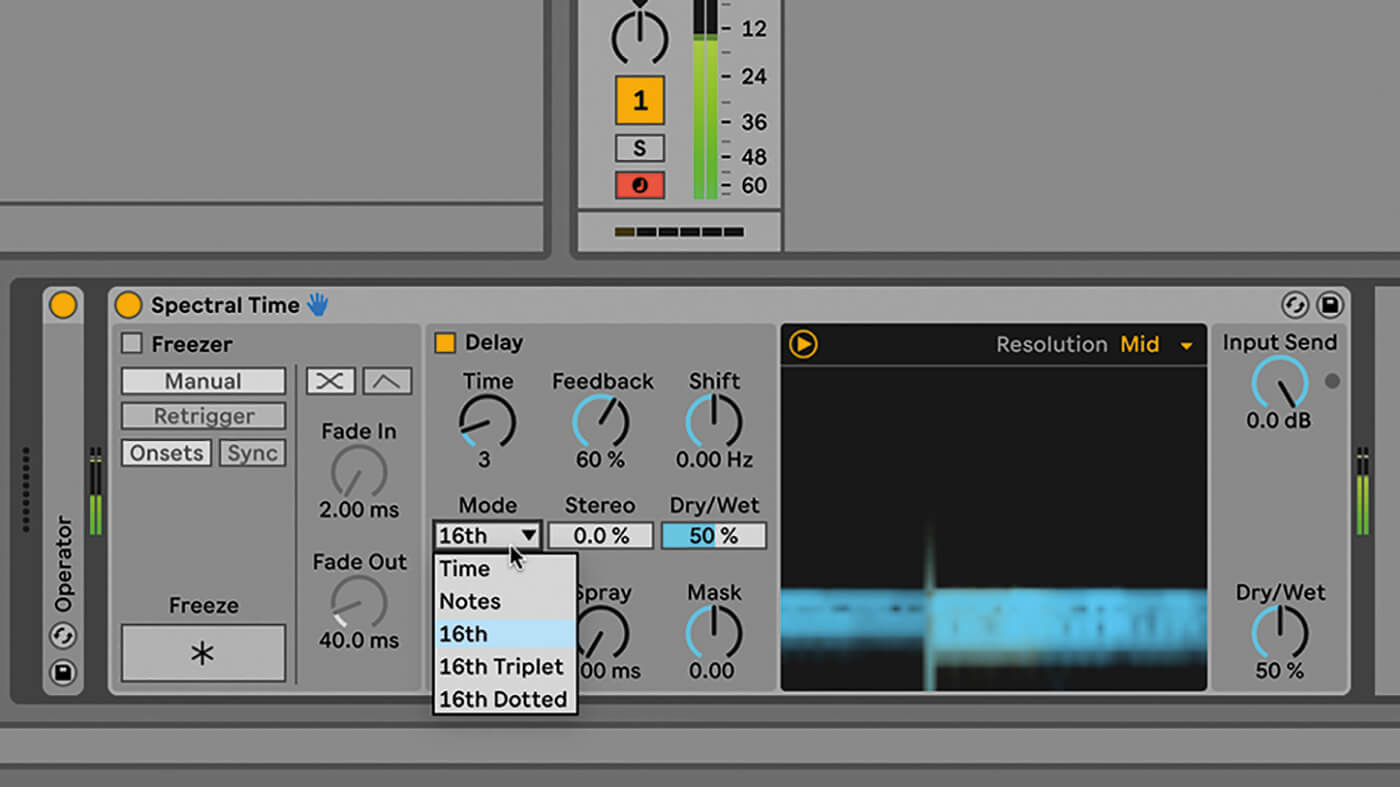 5. In the same vein, we have Spectral Time. Again working with partials, but this time applying delay effects. Juggle the Delay Time Units, Delay Time, and Feedback controls, for a quick start on this one. It has one other feature which we think is the killer… 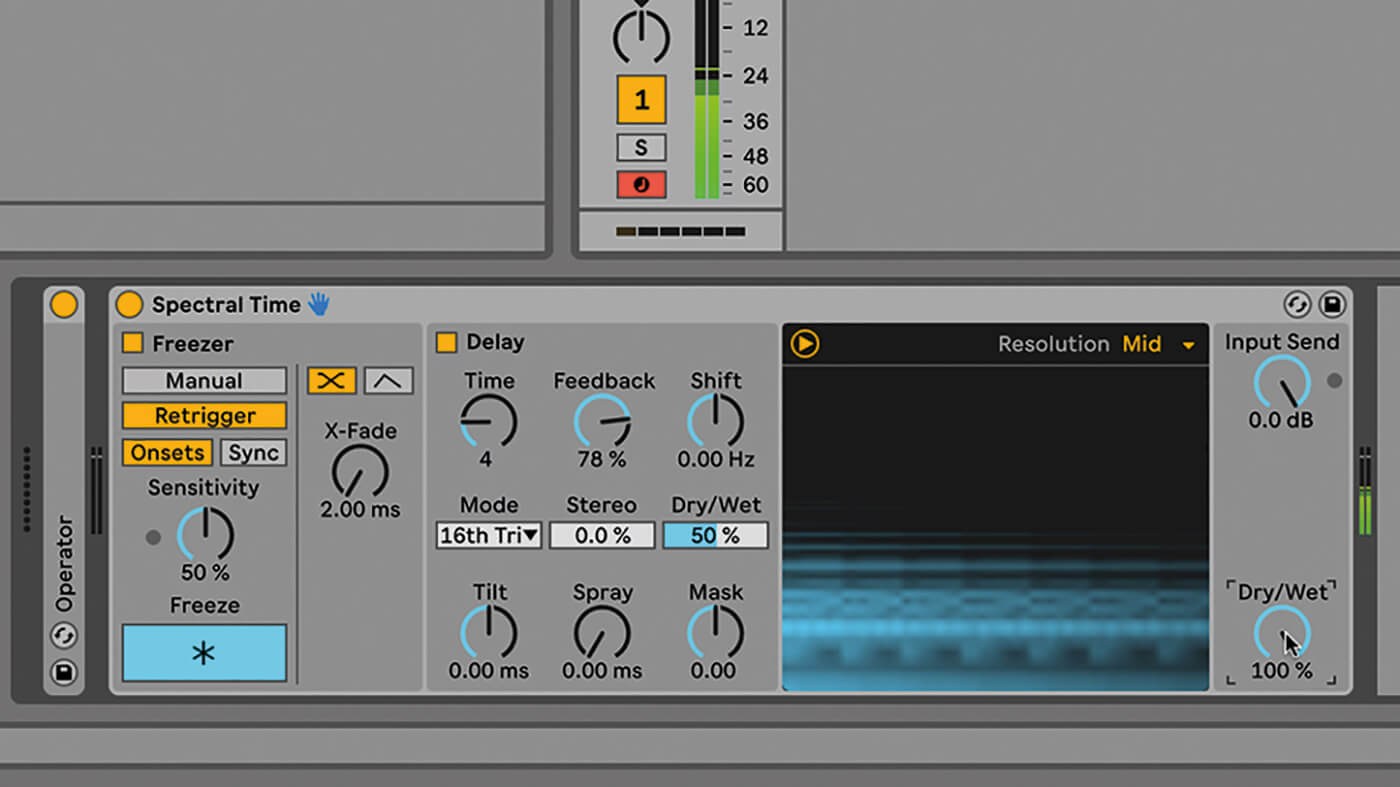 6. Turn on the Freezer section, then click Freeze to capture a slice of the incoming audio. If you turn on Retrigger and Onsets, you enter a mode where the next detected transient is frozen. Then raise Dry/Wet to 100% to hear the full frozen effect. 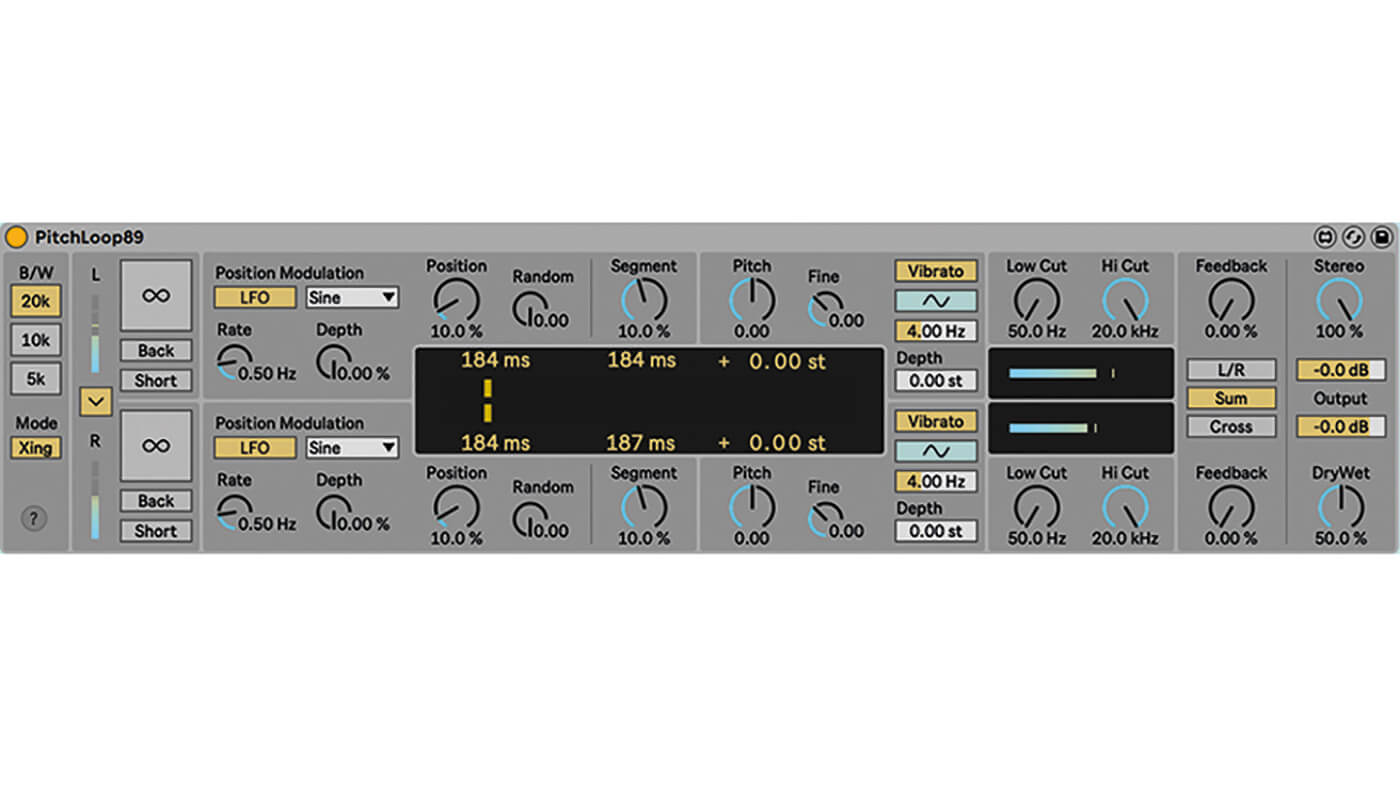 7. Max For Live users will get PitchLoop89, a collaboration that continues Robert Henke’s long association with Ableton, and is based on a vintage digital effects processor called the Publison DHM89. It’s not included in the Live 11 Beta presently, so we’re still waiting to try this one. 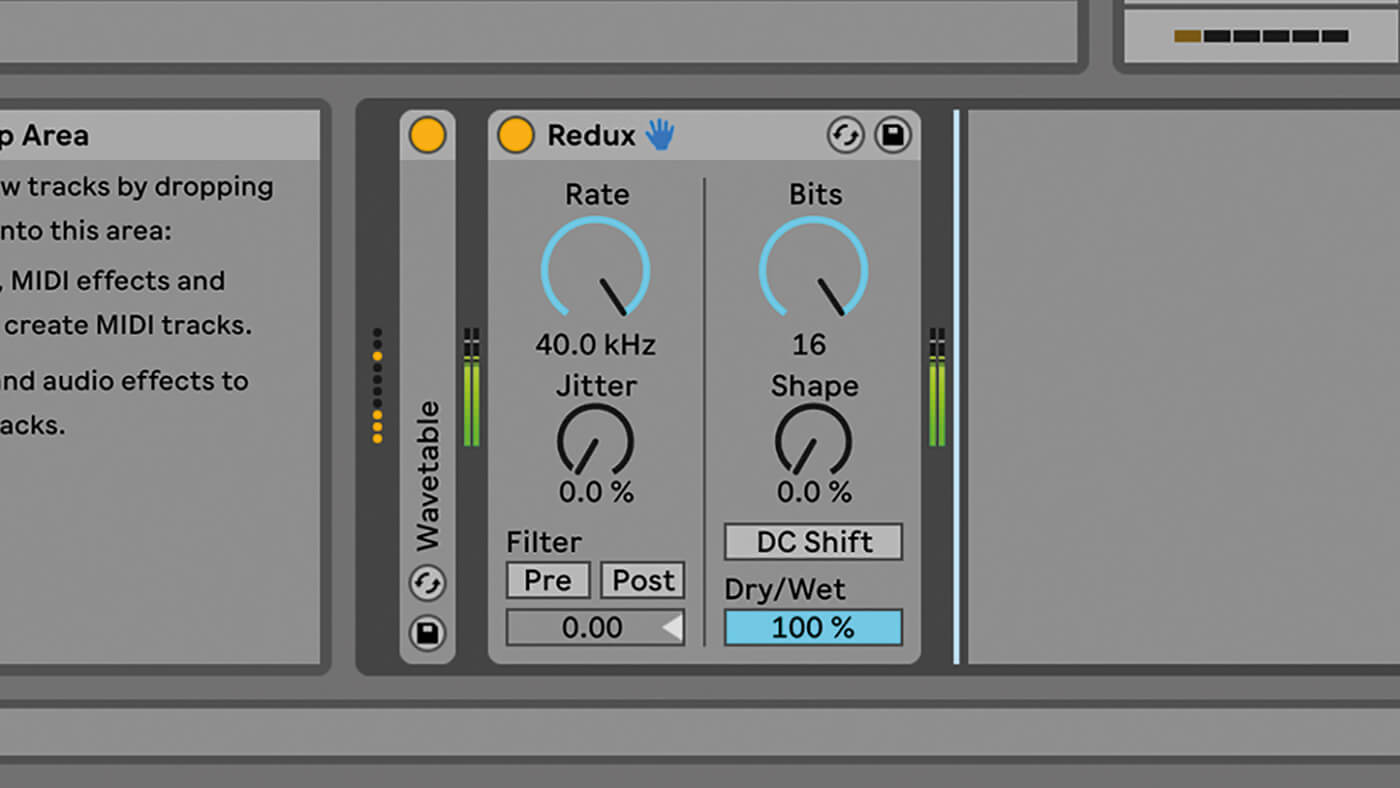 8. In addition to the new devices, some of Live’s existing devices have been updated. Redux now features more controls, including a very important dry/wet control. It’s now easier to recreate specific classic hardware effects and this is reflected in the supplied presets. 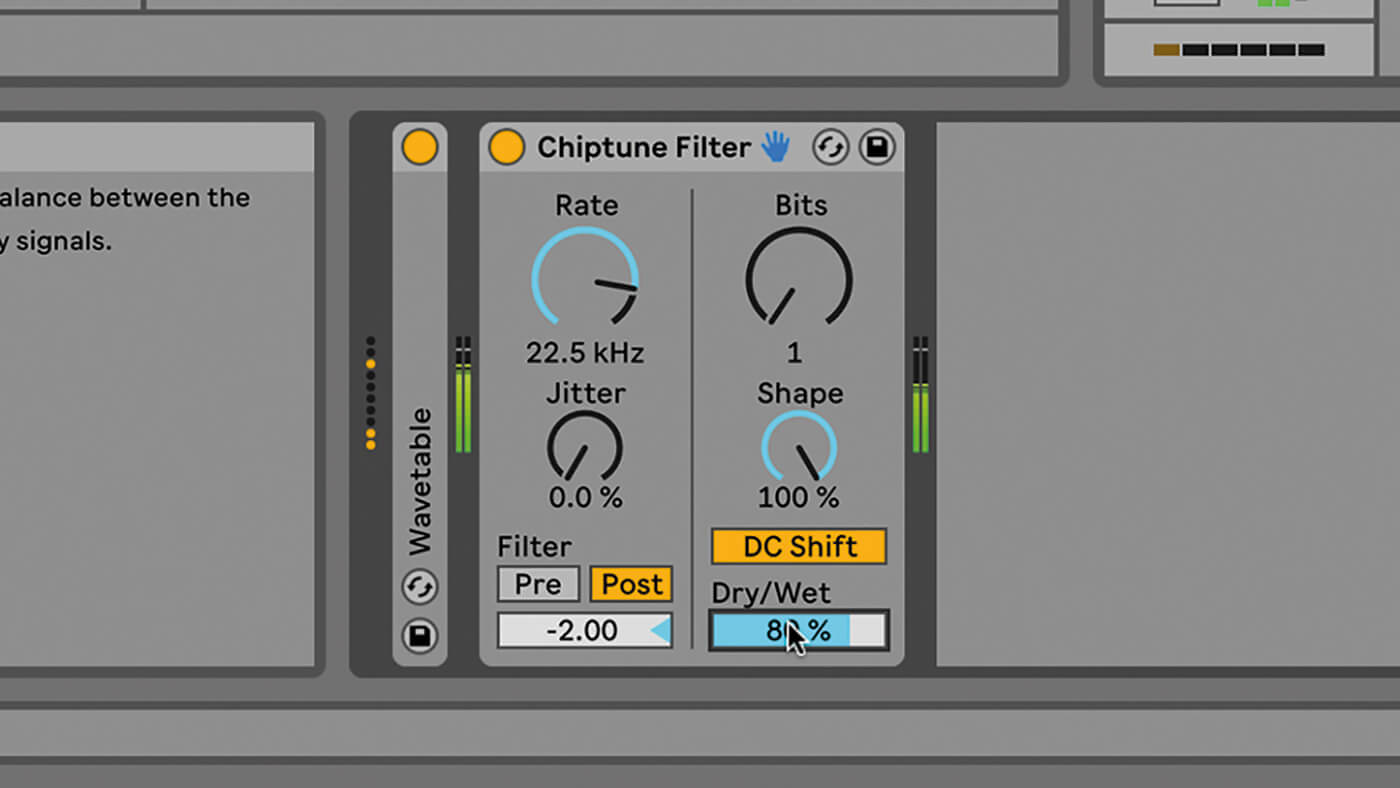 9. An easy one to play with is to load the Redux Chiptune Filter preset, on a drum track. Turn on DC Shift, and bring the Dry/Wet level back to mix in some of the original source. We love this sound, and we love it even better when we automate the Rate dial. 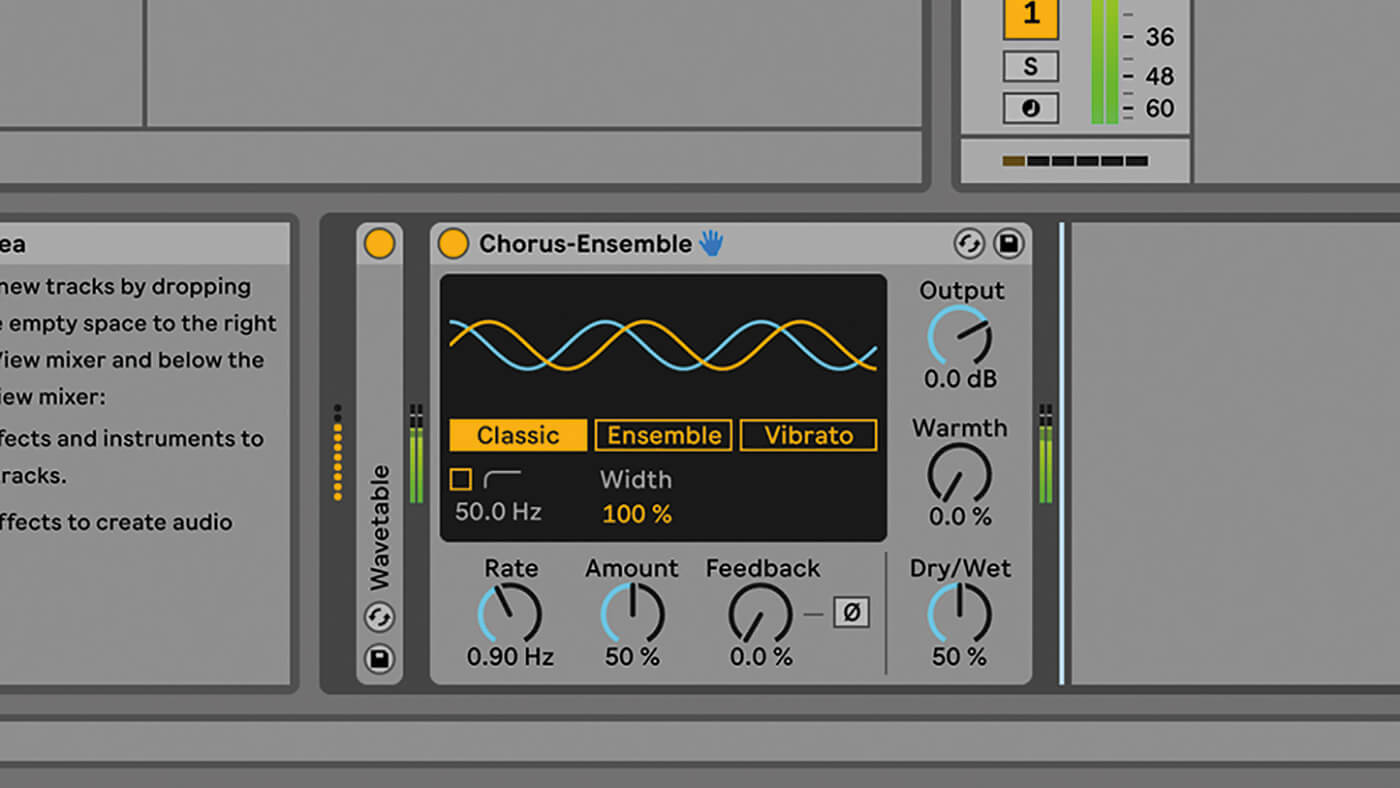 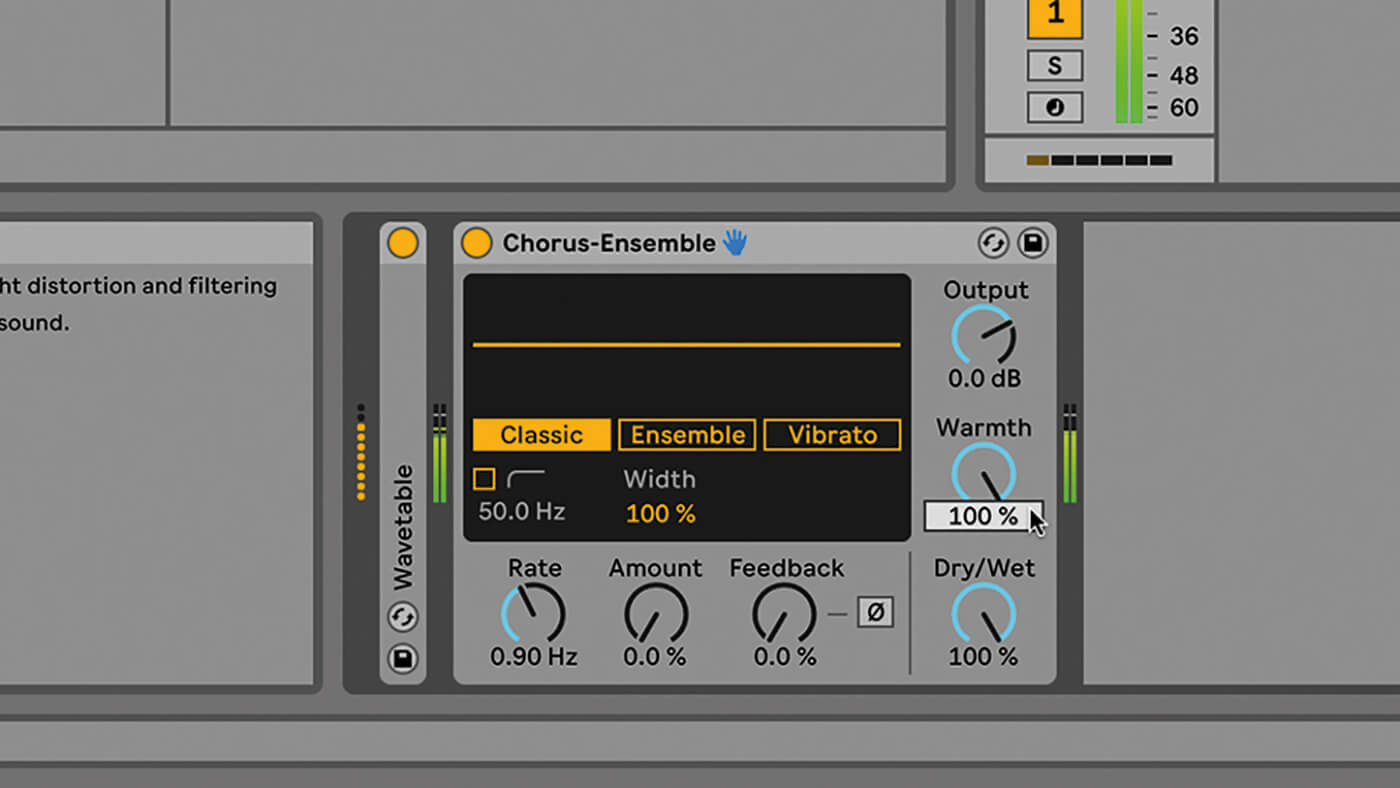 11. A neat extra with Chorus-Ensemble is the Warmth control. Bring it up while you’re playing and you’ll hear it introduce some distortion. If you set the effect Amount to zero, so there’s no modulation happening, this works well in its own right as a distortion effect. 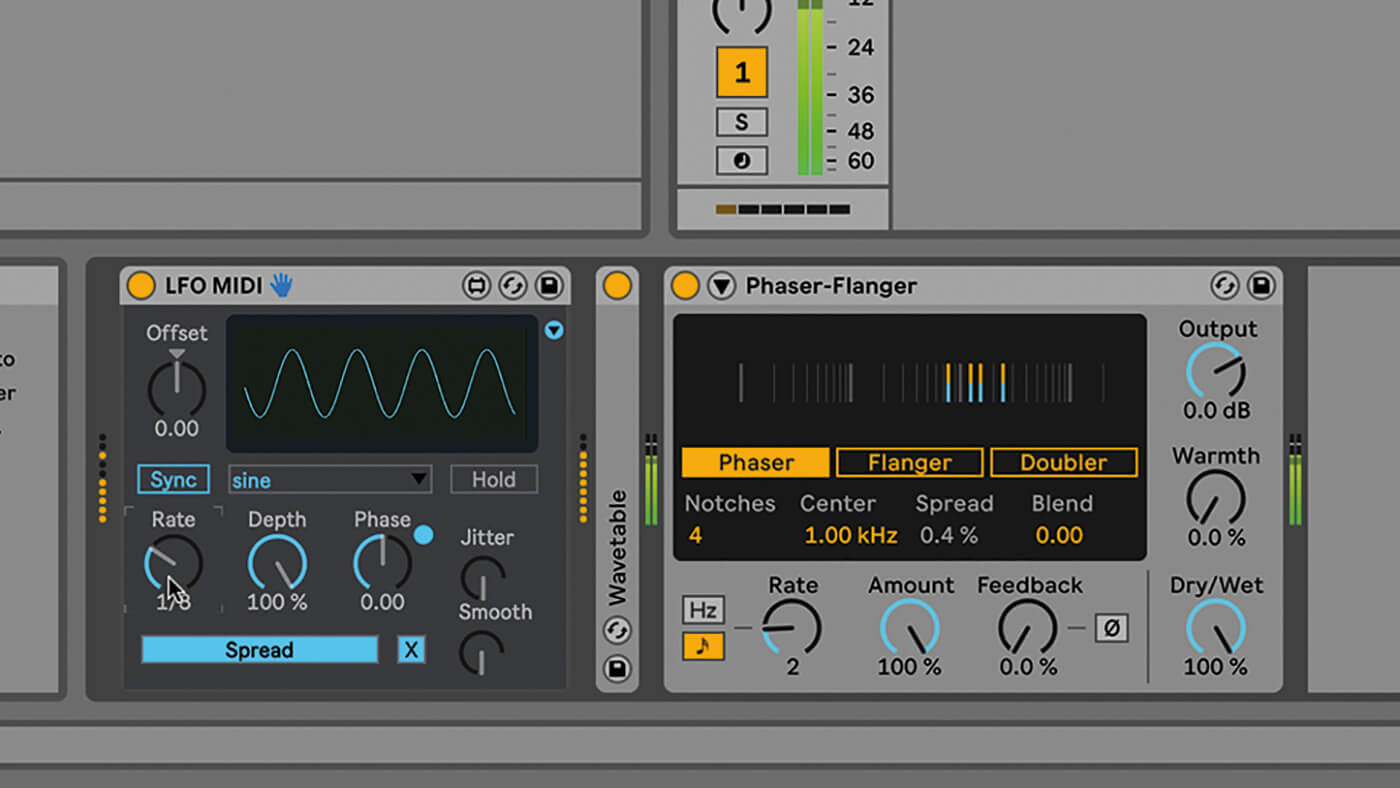 12. Live 10’s Phaser and Flanger effects have been combined into Phaser-Flanger, while a Doubler function has also been added. New favourite thing: use an LFO device to automate the Phaser Spread function, and maybe the Rate value as well.

MIDI POLYPHONIC PUSH The extra info contained in your Push can now be recorded into clips in Live 11. This is a step towards full MPE (MIDI Polyphonic Expression), which has been enabled in Live instruments and devices including Arpeggiator, Sampler, Simpler, and Wavetable. A more sensitive level of control is coming… 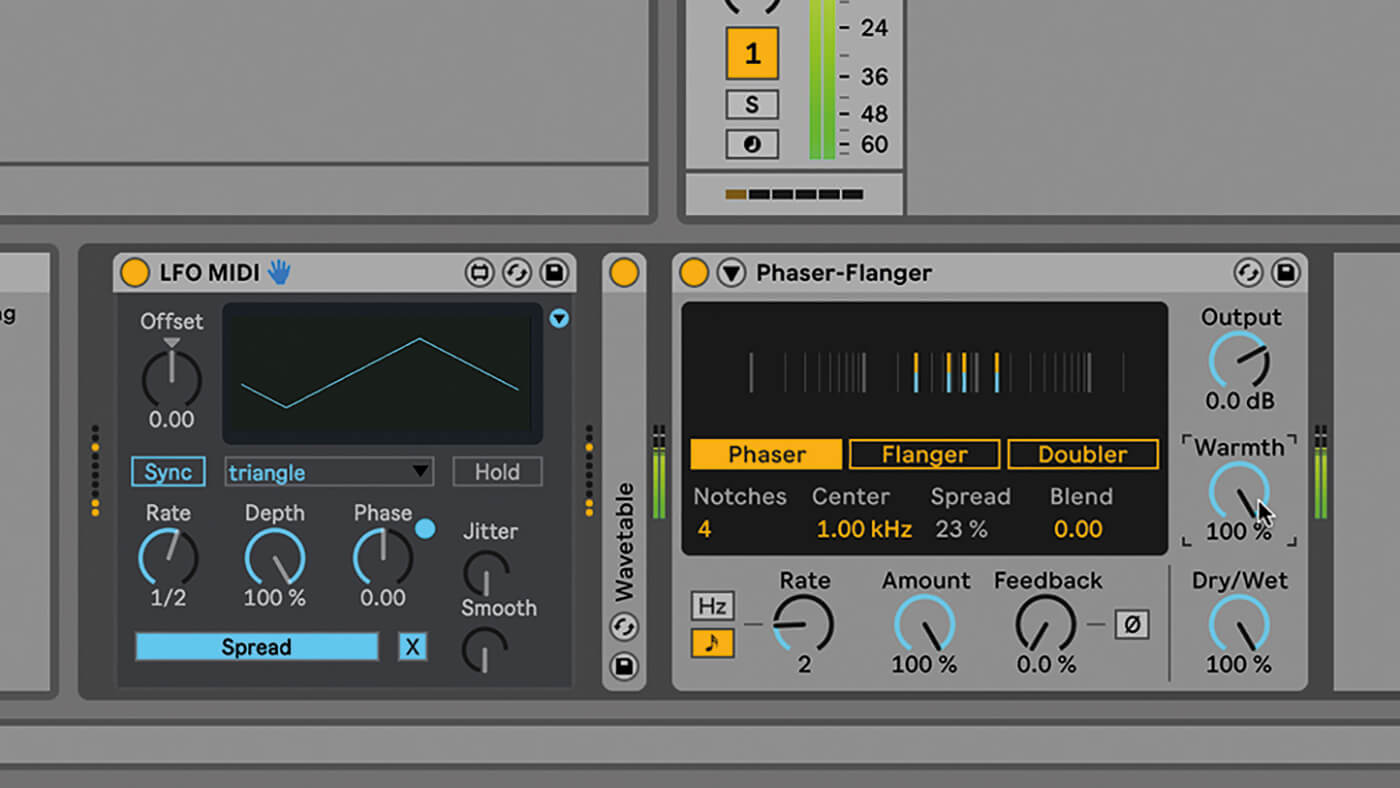 13. Just like Chorus-Ensemble, Phaser-Flanger also has what sounds like the same Warmth/distortion circuit, so you could once again consider using this device purely as a distortion tool. Try it with some low notes from Operator or Analog. 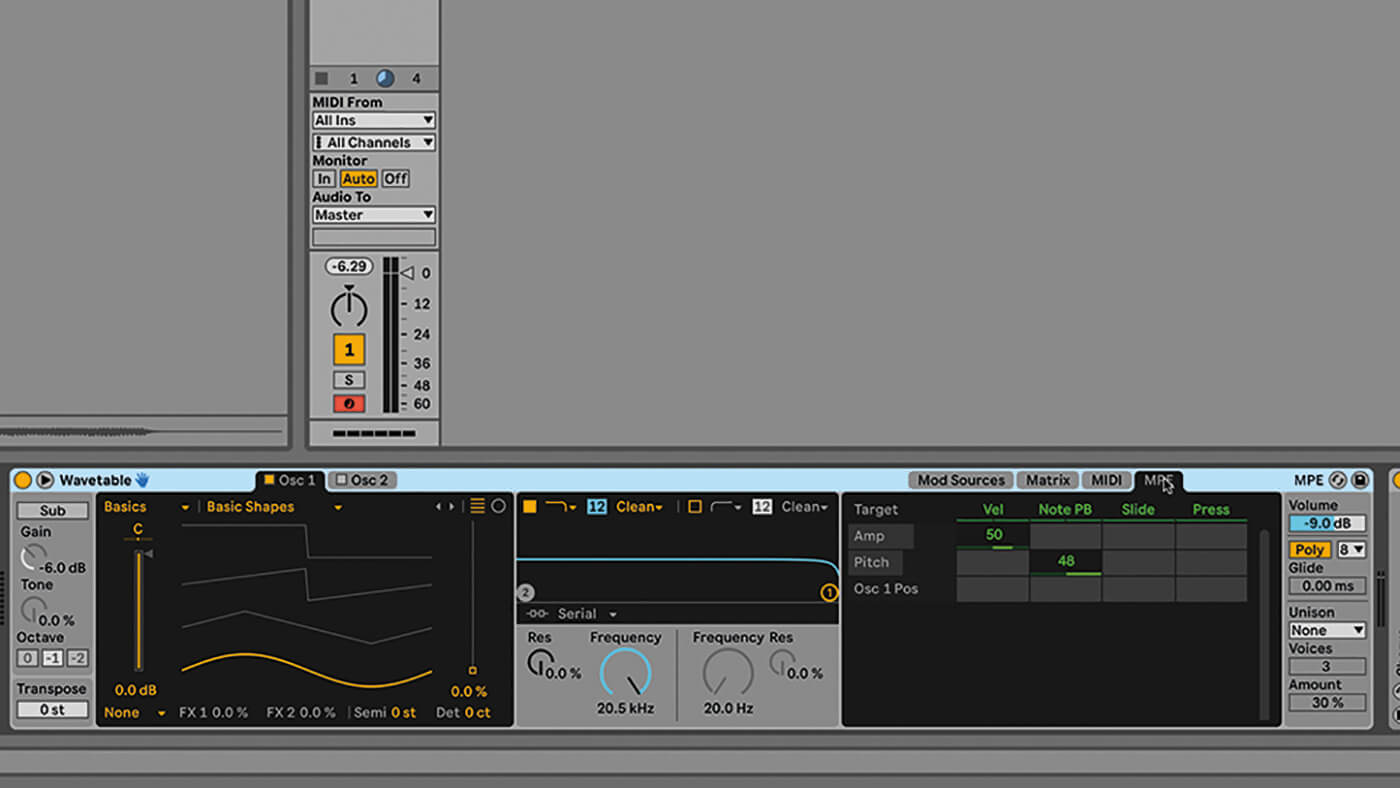 14. There are further device updates, as Arpeggiator, Sampler, Simpler, and Wavetable receive MPE functionality. We’re going to come back and talk about this at more length in a later tutorial, but get playing now–  you can use the expression editor in the clip view… 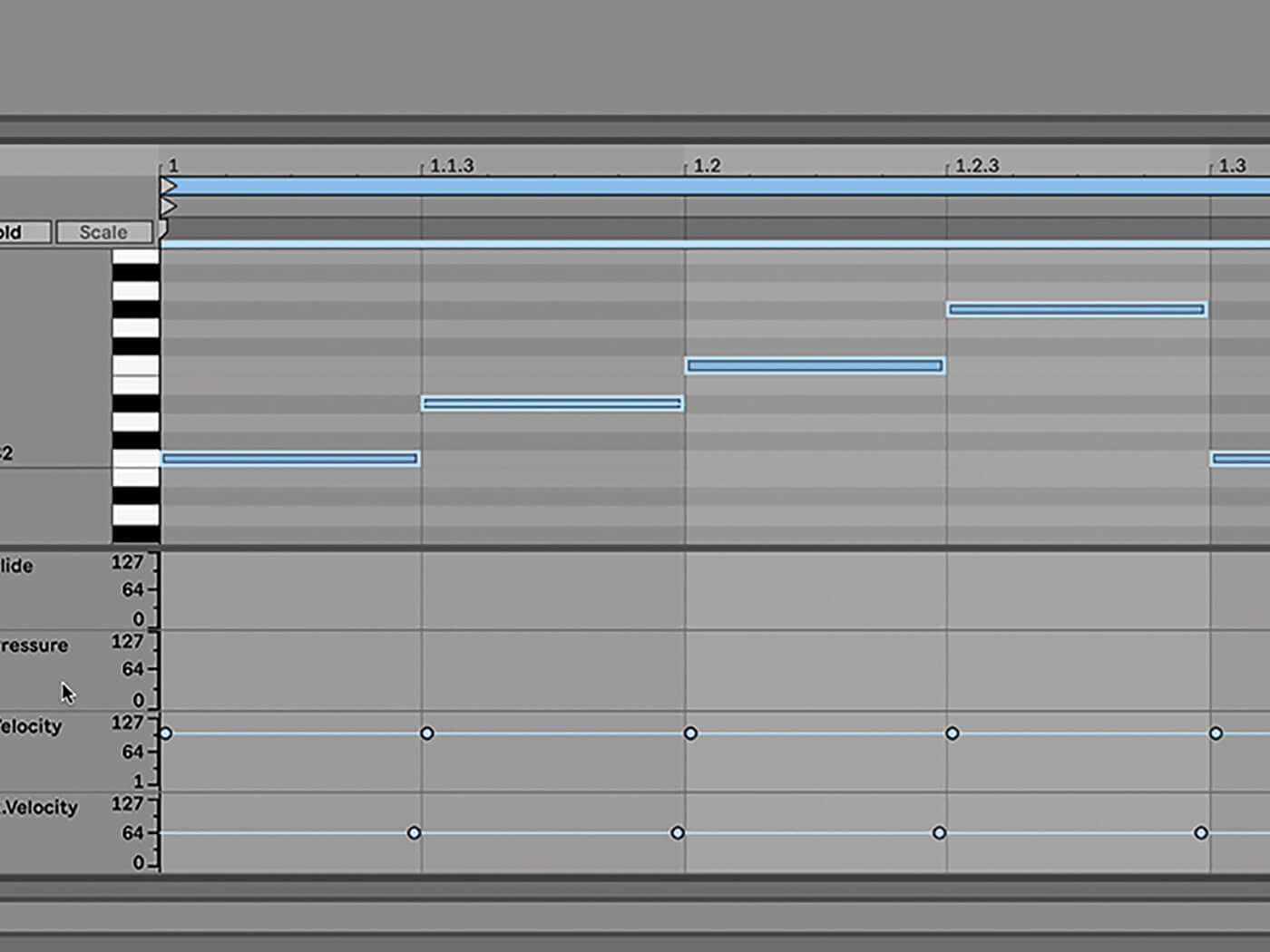 15. …And start drawing in those parameters. Sampler, Simpler, and Wavetable, each have dedicated MPE tabs that allow you to configure your preferred assignments for slide, pressure, and velocity inputs. This is the beginning of a new world for Live users who have wish for even more control. 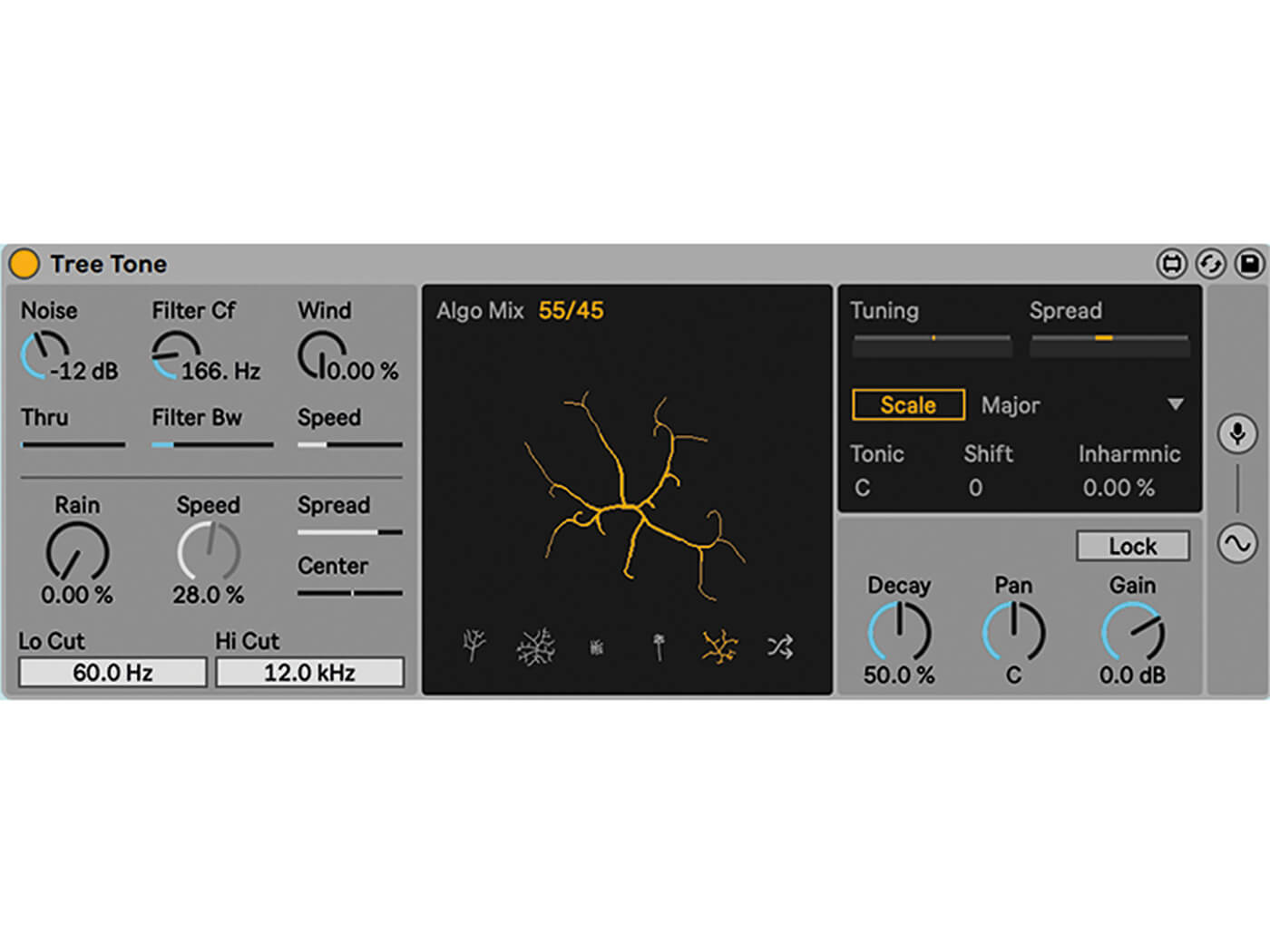 16. The final release of Live 11 will include six Max For Live instruments ‘inspired by nature’, although they are not ‘natural’ sounding. The instruments include Vector FM, Vector Grain, Vector Delay, Emit, Bouncy Notes, and Tree Tone, which uses fractal patterns inspired by plants. 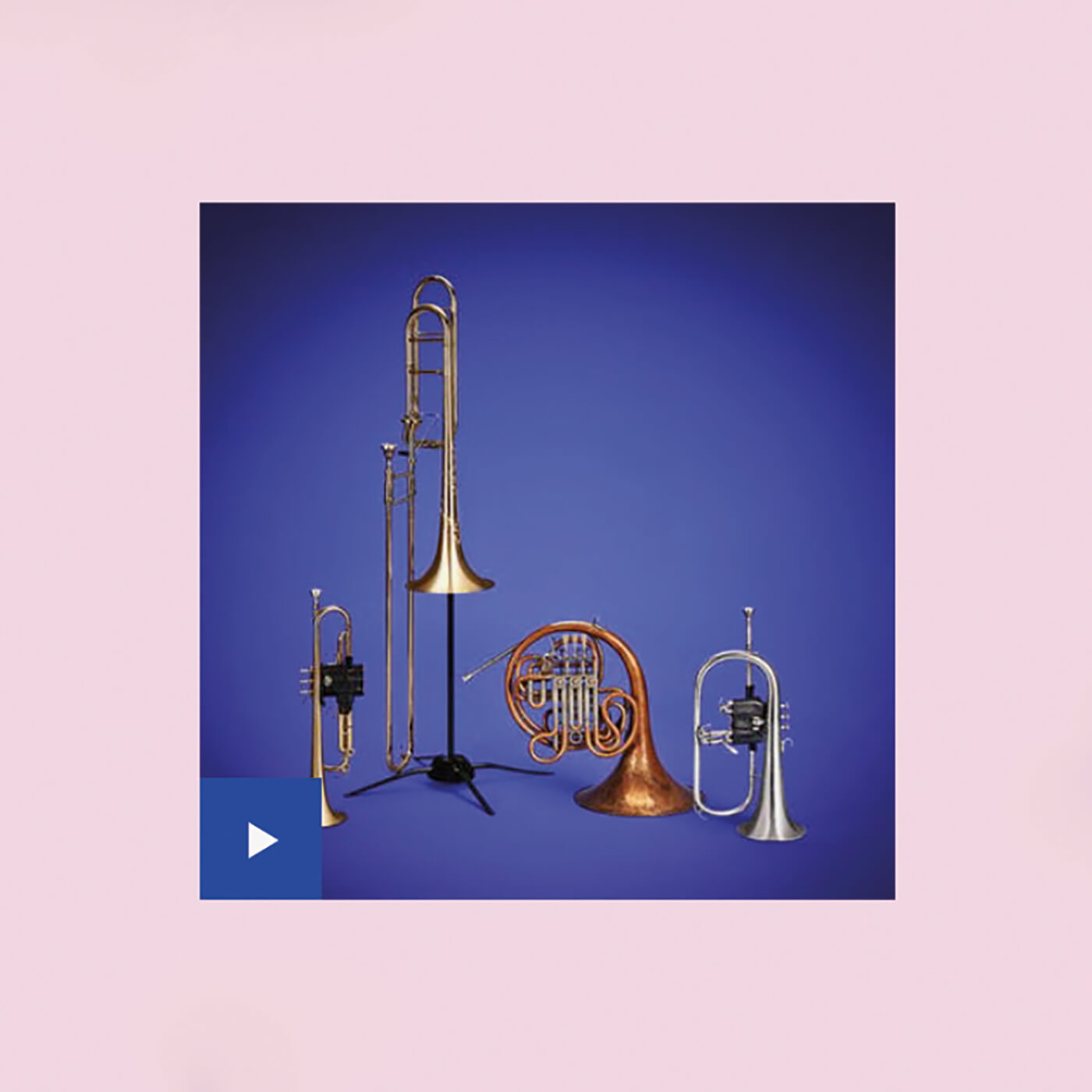 17. Spitfire Audio has contributed three new sample-based instrument packs – Upright Piano, Brass Quartet (trumpet, flugelhorn, tenor horn, and trombone), and String Quartet (violins, viola, and cello). These aren’t available in the beta at the time of writing, but we’re excited to hear them. 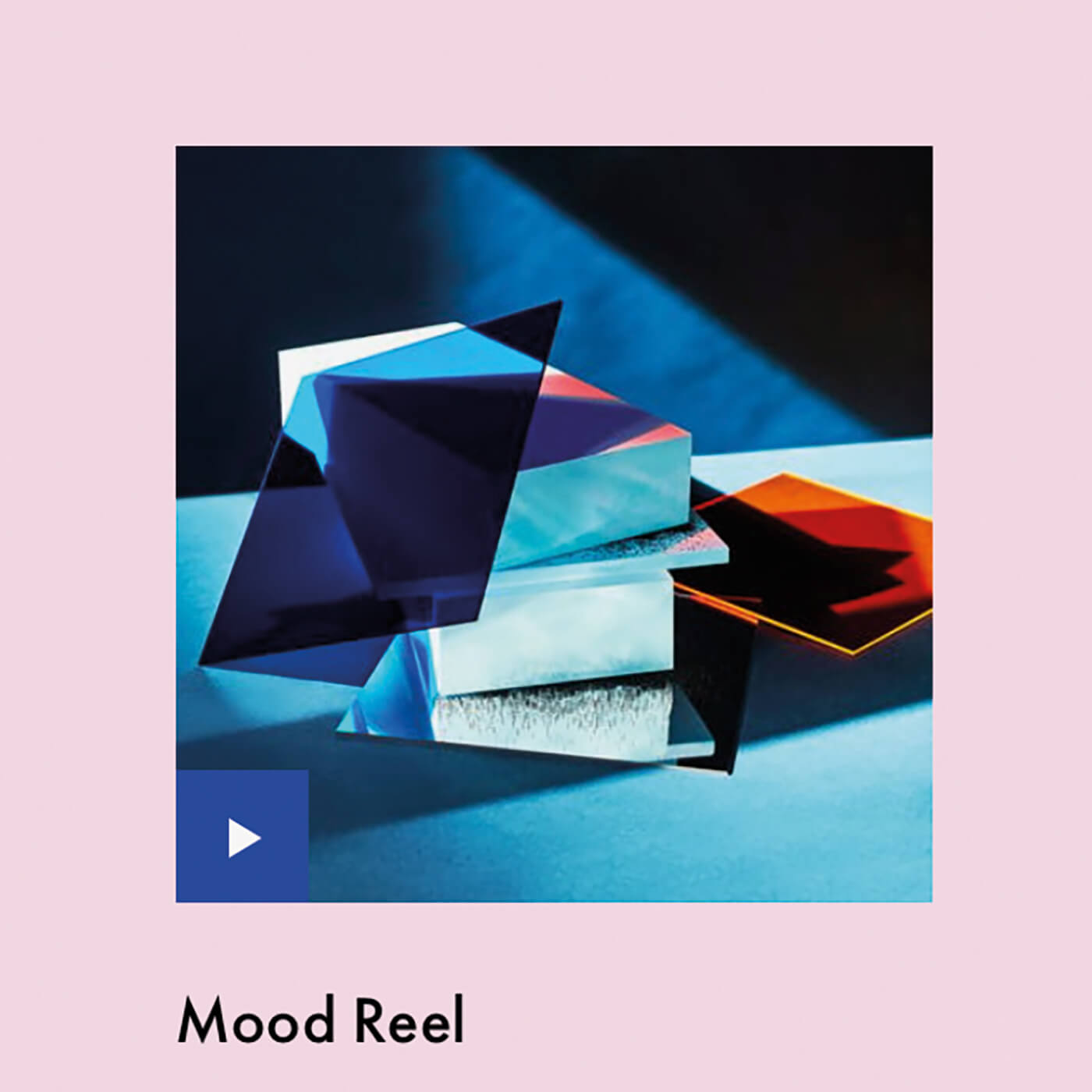 18. Three new curated collections bring themed sets of clips, instruments, and samples, that can be used together to make ‘generic’ music, or split into their parts and used across your projects in more creative ways.