The five-time Grammy winner talks vocal production, his favourite microphones and shares what his rule-breaking audio interface is. 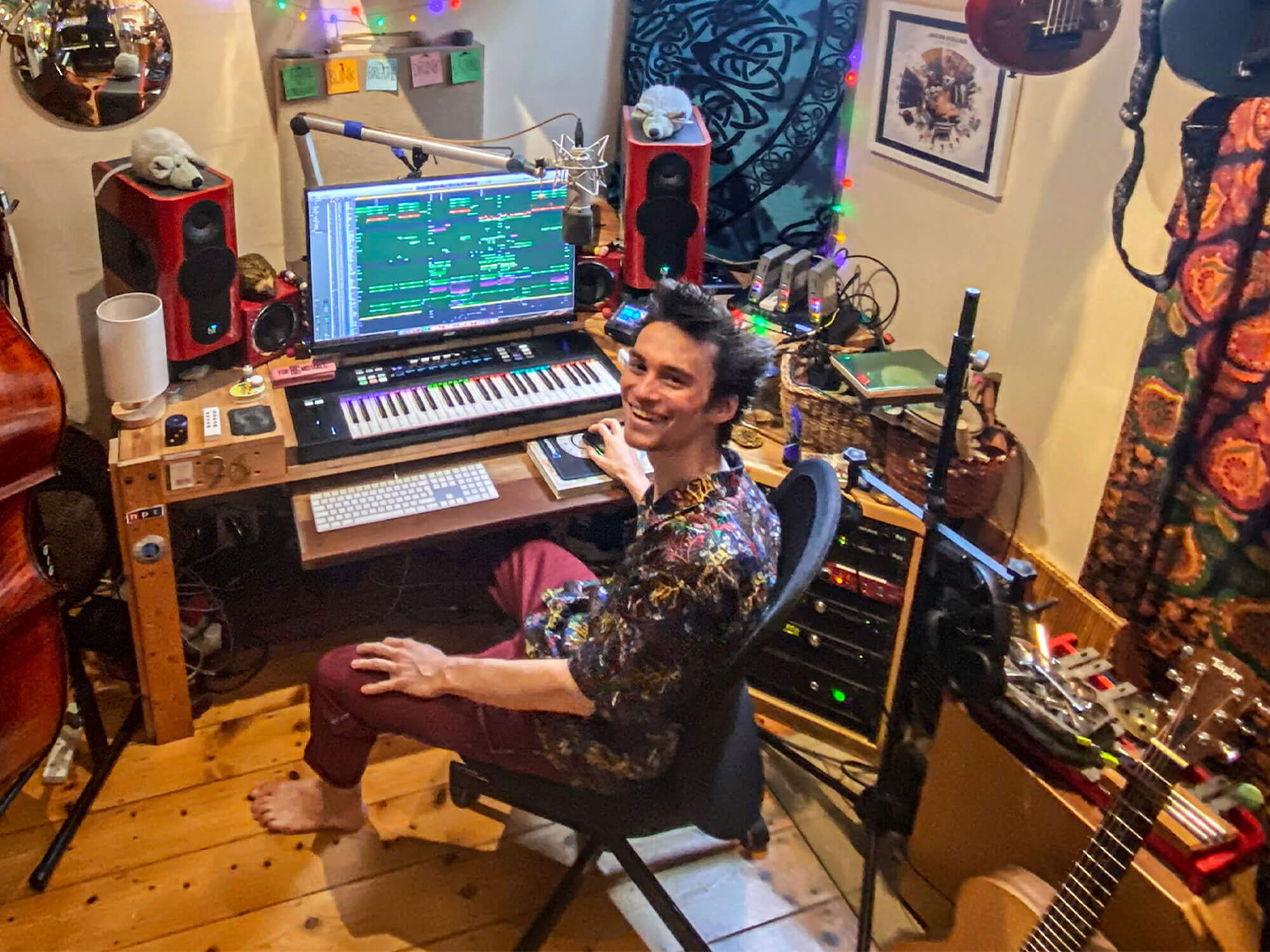 British musical mastermind Jacob Collier joins Will Betts and Chris Barker on the 48th episode of the My Forever Studio podcast brought to you in partnership with EVO by Audient.

Jacob Collier is a musical polymath who shot to fame as a teenager with his virtuosic split-screen vocal reharmonisation videos. Since then, he’s won five Grammy Awards, had audiences all over the world participate in his live looping sets, and collaborated with heroes like Herbie Hancock and Quincy Jones.

The eccentric 27-year-old composer and producer has become renowned for his stunning knowledge of music theory and desire to challenge its principles – including that time he modulated from E to G half sharp and claimed that the standard tuning of a piano is wrong. Jacob’s iconic acapella rendition of Moon River comprises over 5,000 recordings of his voice and 144 vocal submissions from other collaborators and earned him a Grammy in 2020 for Best Arrangement, Instrumental or Acapella. He later broke down the entire Logic Pro session in a livestream – it’s no wonder producers are tuning into his work.

In this episode, Jacob shares some invaluable tips and tricks for vocal production, talks about his My Forever Studio rule-breaking audio interface, his favourite mics on the planet (one high-end, one low) and shares what his beautifully conceived luxury item is.