With apps like Native Instruments’ Traktor DJ setting a new standard for DJ’ing on the iPad, it’s hard to believe that anyone else could come close to how well NI implemented touch -based control. However, d(- -)b may well be a challenger for that crown…    Manufacturer Zerodebug Price 69p Contact via website Web http://d–b.zerodebug.com Amazon.co.uk Widgets On opening […] 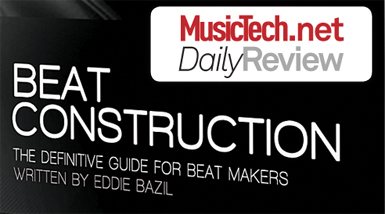 With apps like Native Instruments’ Traktor DJ setting a new standard for DJ’ing on the iPad, it’s hard to believe that anyone else could come close to how well NI implemented touch -based control. However, d(- -)b may well be a challenger for that crown… 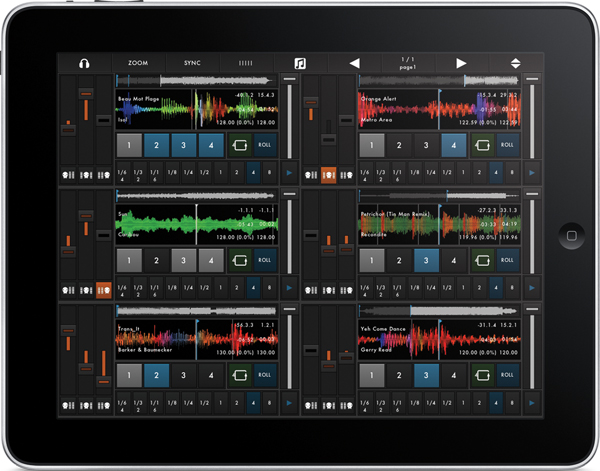 On opening the app you are greeted by two decks, EQs, kill switches, loop buttons, cue points, faders and two large waveform displays. But this isn’t all as the app adopts a TouchOSC or Lemur approach to its interface, enabling you to completely customise the layout as desired.

Starting with a choice of your deck count (which can go up to six), you can add various elements, move them around and resize them to make the layout work for you. A layout can be spread across multiple pages, too, so unless you want to go for minimal deck information and fit six decks onto one page (see the image above), you can simply spread them out over multiple pages. Various presets are also available should you make a mess of things and need to revert back.

In terms of features, one thing that this app lacks is an effects section and any filtering asides from the EQs. However, the looping function does include loop-rolling, which allows you to mess with loops creatively while the actual playback position remains in its relative place. You then simply revert back to this position when you’re done, keeping your mix in-sync. We love this feature and this is one thing this app has over Traktor DJ.

A feature of its main competitors that d(- -)b lacks is the ability to rhythmically control the channel faders. In Traktor DJ, if you hold one finger at the lowest level, you can momentarily tap the top of the fader to punch in on the track. This is something that’s otherwise hard to do with touch control, so it would nice to see this in d(- -)b at some point in the future.

Another issue worth noting is that we did experience a few crashes during our testing. We used an iPad 2 (with no other apps running) and experienced the odd CPU spike, too. However, Zerodebug has assured us that the next update will amend these issues, so it looks like this will be remedied soon.

An app with a different take on DJ’ing thanks to the very flexible approach its developers have taken to the interface – surprising, considering the price…