Need creepy effects and atmospheres for your game or film soundtracks? Or are you a producer carving out terror in dark musical genres? Andy Jones opens his laptop under the sheets… Details Manufacturer Zero-G Price £55.95 Distributor Time+Space Contact +44(0)1837 55200 Web www.timespace.com I do like a good old creepy, abandoned place. Perhaps it’s an unhealthy fascination […] 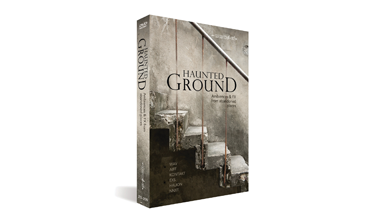 Need creepy effects and atmospheres for your game or film soundtracks? Or are you a producer carving out terror in dark musical genres? Andy Jones opens his laptop under the sheets… 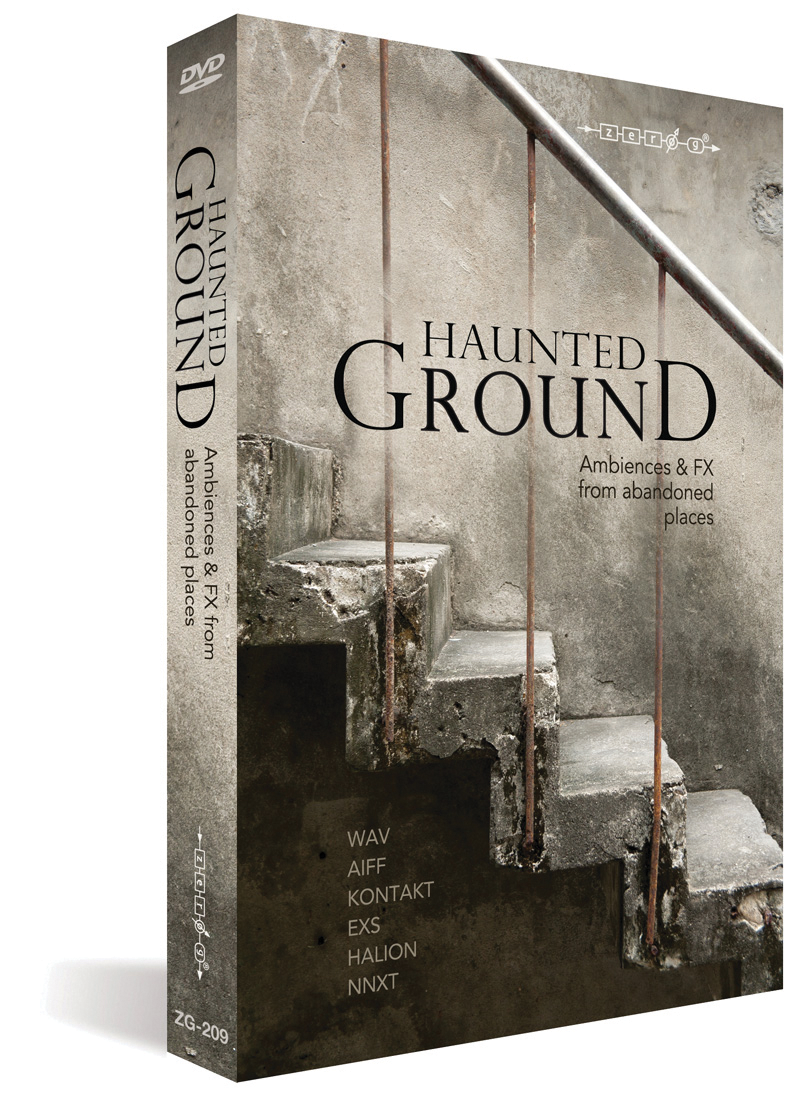 I do like a good old creepy, abandoned place. Perhaps it’s an unhealthy fascination with post-apocalyptic movies, or perhaps I’ve been tempted by too much Facebook ‘see the creepiest photos of abandoned places on earth’ click bait.

Haunted Ground is inspired by the character of such places, and sound designer Adam Pietruszko took a year to come up with a collection designed to ‘give insight into the afterlife of these seemingly dead and quiet buildings’, and to imagine ‘the ghosts of workers and inhabitants roam the rooms, halls, corridors and attics, longing for the life that had been taken away from their homes. The machines, furnaces and tools remember their duties, but their shift is over’. Creepy stuff, then…

Creating the Creep
Haunted Ground reminds me a little of a collection of BBC sound effects that I had on vinyl when I was a kid, one put together by Beeb boffins recording things such as knives cutting through cabbages to simulate decapitation (really!).

Pietruszko’s methods are somewhat more up to date, in that he uses a few choice studio items that he is refreshingly happy to divulge, including ‘using a semi-modular analogue synth setup – a Moog Little Phatty Tribute Edition with CV Out Mod, a collection of Moog Moogerfooger analogue effects and a WMD Geiger Counter digital wave-shaping distortion unit. No vegetables, then, were killed in the recording of this collection…

The results are spread across four categories: Entities and Spirits, Exploration Echoes, Forgotten Atmosphere and Forsaken Technologies, and while you could probably argue over which goes where until the (very probably decapitated) cows come home, it’s nice to see an attempt to categorise a collection that could be so difficult to label.

And, on the whole, it’s a very successful collection. Sure, synth fans will ‘know’ that a little LFO wobble here and there can easily create similar effects, and will ‘see’ how he did it, but Adam has also employed sufficient – but not overpowering – effects to take everything beyond its constituent parts to the other side of eerie.

Alternatives
Of course, sample companies such as Loopmasters supply all sorts of sound effects and atmospheres but tend to go for more musical or genre-led collections, although Samplephonics does have ethereal guitar collections and a sci-fi one on sale that might offer something sinister.

Better still, you could have a lot of fun searching for some of the original vinyl recordings of some of those old scratchy BBC sound-effect libraries I mention in the text and have pictured here (it was Vol.13 for the record). Rather less fun – and a whole lot more sound effects – can be had by buying the originals on a hard drive from companies such as www.sound-ideas.com for around $600 (for everything!), or more simply from iTunes for around £2.50 a download. So take your pick, but always check under the bed before you part with your cash…

Creepy & Kooky
Highlights include some of the Entities, which offer a sound reminiscent of the blast of noise the aliens made in the (not actually that bad) remake of War Of The Worlds. Not quite as terrifying, but well worth a blast at your neighbours at 3am*.

The collection excels with these drone types, and also echoey physical effects – stuff hitting other stuff, things being dragged, other items incorporating lift shafts – that kind of industrial noise, only in a far creepier context.

You could use some of the sounds – particularly in the Exploration Echoes folder – as incidental effects across many other genres of music (deep house tracks are often made by great incidental flourishes, and there are many on offer here), and in the Forsaken Technologies folder there are even musical ideas that you could use to underpin tunes – with basslines especially.

But that would be slightly missing the main point, though, as this is full of warped atmosphere to be used as soundscapes rather than melodies.
And in that sense, you might find it a little samey with some of the sub-categories over flabby (I don’t really need to buy so many Electrical Fault sounds when I have a studio full of loose plugs that give me the same sound). Nor is it a collection to turn to if you have very specific needs.

Indeed, you get the impression that you need to listen to it and then do the music, rather than the other way around, to make the most of it. But that, at the very least, makes it an inspirational place to start all manner of dark work…

* Blasting neighbours with ghostly noises at 3am is not encouraged by MusicTech nor Anthem Publishing. 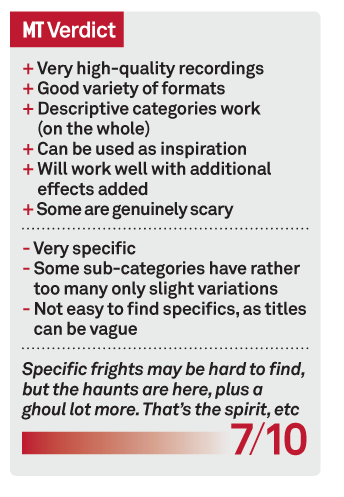