Andy Jones concludes his review of Yamaha’s Reface series… So – finally! – to conclude…   of the four models in the reface range I think reface CP is one I can recommend the most. With its broad sonic palette, simplicity and true dramatic tweaking it is the reface philosophy in one keyboard. My only slight […] 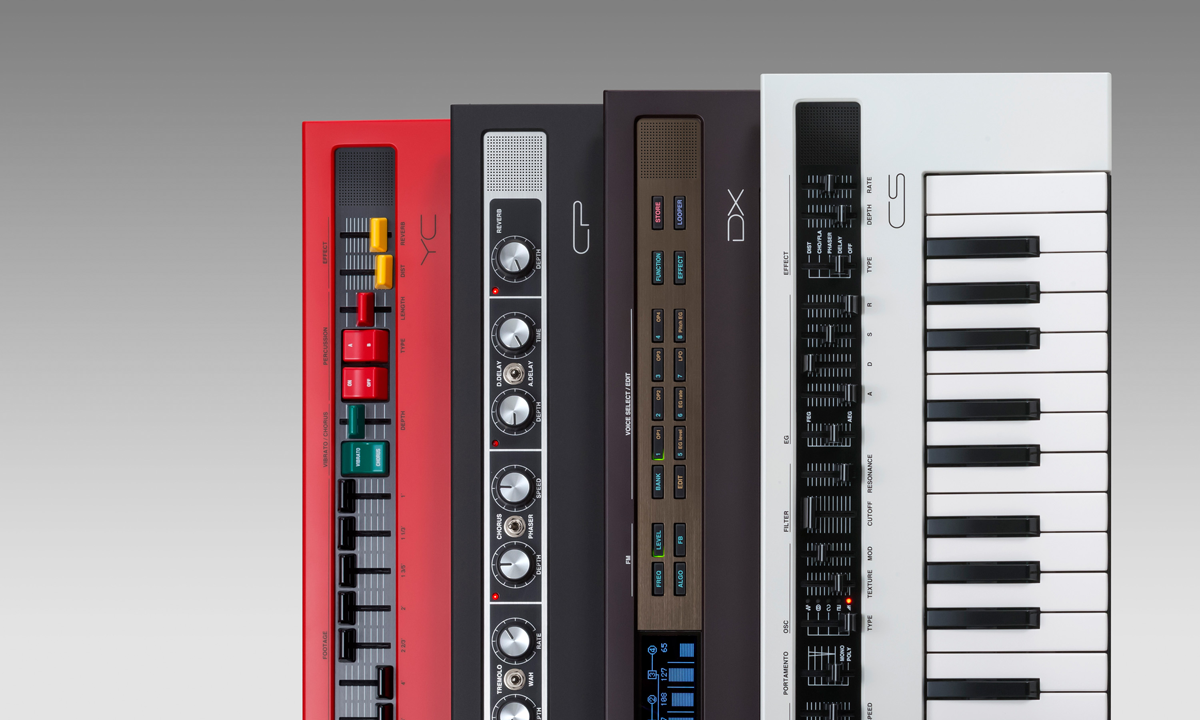 So – finally! – to conclude…   of the four models in the reface range I think reface CP is one I can recommend the most. With its broad sonic palette, simplicity and true dramatic tweaking it is the reface philosophy in one keyboard. My only slight hesitation is that you can probably get much the same sound from the DX’s engine along with the added flexibility that engine will then give you. But CP scores higher overall because it is the ultimate reface package: instant, hands on, great sound, and one keyboard that you’ll want to play.

Like-wise the YC performs in exactly the same way but arguably for a slightly more narrow audience. Everyone I know loves a piano sound – not all are organ fans. But those organ fans will love YC – it’s whatever you want it to be and, again, it gets there very fast.

I am slightly torn by reface DX. What it does well is bring easy, hands-on DX sound mangling one step closer to reality, albeit a cut-down 4-operator version of FM. I love that it offers a great taste of the original and what you can do with the sounds, especially in such a short space of time, and this overall level of ease of use is something you would never once associate with the letters ‘DX’. I am still on a downer about the newer sounds, though.

Maybe I’m just taking this too personally and maybe it really is for someone 20 (30?!) years younger than me, but even as I write about them I’m getting irritated that they’re there.

CS Heaven
CS? I want CS to be like DX. I want 32 presets of lovely CS heaven. I want all the features of DX and the sound of CS. As if to enforce this point the very last thing I did for this review was to boot up the CS again, tweak, come up with the most amazing sound I’ve ever heard, let alone produced, and one that will go on everything I compose over the next six months. So good is this sound, the CS gets my Editor’s Choice Award despite me awarding it the lowest overall score. Bizarre, but this is personal; I’ll explain.

The reface range will still split opinion no matter what I say. They are personal keyboards, not just in the physical and sonic sense but in the emotional one too.

What I want is perhaps not represented in the range completely but take my thoughts only as a guide. You may be more of an organ or dubstep fan than me – this is more personal a choice than with any other piece of studio equipment that I have tested and these are very much tailored to specific users.

Those negatives? I must say I’m not bothered by the key size, but I know that this issue will irritate some people. The price? I just Googled them and every store has the retail standing at £289 not £347 and while I usually mark a product based on RRP rather than street price, when the entire street is saying one price, you pretty much go with that. And when that is close to 20% off, that will do me. You might even get more off if you buy more than one.

Overall I find the range quite charming in that you can carry them, play them and hear them without connecting to the mains or dragging in your entire studio to get the best from them.

They are sufficiently different to be appealing to both specialist studio heads – who are after some light relief and instant hands-on inspiration, anywhere – and to a mass market ready to maybe stop looking down at their phones and ready to get on and try doing something less boring instead. 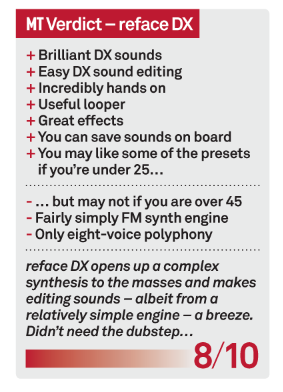 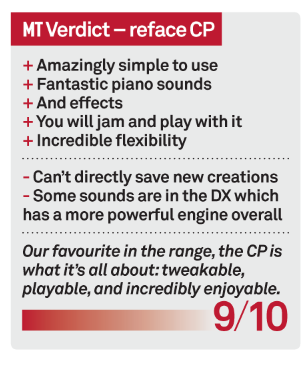 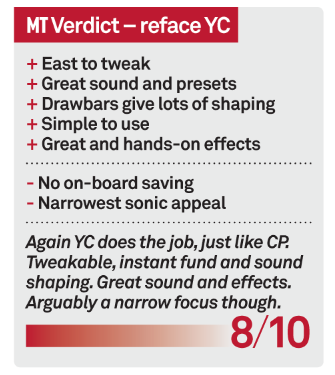 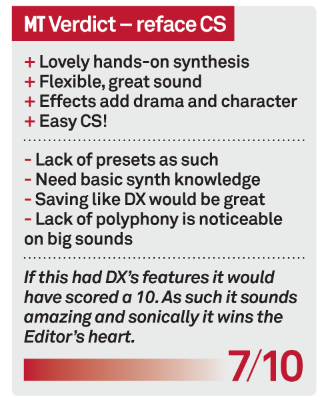 Alternatives
You can, of course, get these sounds in software, but that’s not really the point. So, yes, NI’s FM8 will give you a more complex engine and better sounds, and Arturia’s CS-80 will give you a very polished CS.

There are also a stack of organ and piano plug-ins out there too, but the point is being able to sit on your sofa, play keys, twiddle real knobs and get instant results, seconds after you want them – not something you’ll often get with a computer. Synth wise there is one product that I’ve looked at that does slip into this area.

OK it doesn’t have speakers, nor batteries but the Roland JD-Xi does boast both digital and analogue synthesis, more flexibility and a stack of presets and other features. It won’t give you the ‘fun everywhere, anytime’ approach but will do variations of the sounds of two reface’s for just £70 more than one.