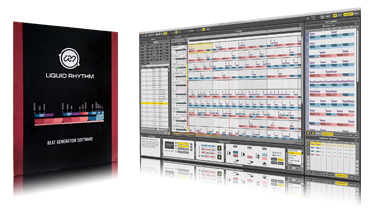 There’s no shortage of tools on the market for making beats, but few of them will actually help you make them. While most virtual drum modules have some kind of built-in sequencer, these are often relatively straightforward and the emphasis is on shaping drum sounds as much as programming them. Similarly, most DAWs use a conventional piano roll or similar for recording MIDI tracks, beats included. Liquid Rhythm, from WaveDNA, is different. It’s a beat generator that boasts access to “ten quadrillion rhythmic patterns” (yes, you read that correctly) and offers a new take on beat programming. 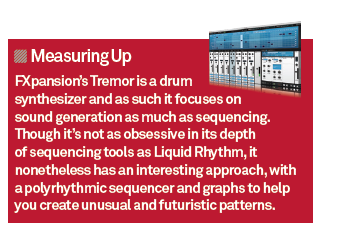 Nuts and Bolts
Working as a standalone app or a plug-in (VST, AU or RTAS formats), it comes with a collection of drum kits and loops and offers more downloadable models in-app and free of charge. You can also load your own samples into it and import MIDI patterns generated in other software. The interface is reminiscent of Ableton Live, but it should be easy enough for users of other software to get to grips with. It should be noted that this is somewhat different from your average drum machine and WaveDNA has included both tooltips and built-in tutorials to get you acquainted with it. These are well put together and worth a look before you get started.

A full description of the workings of Liquid Rhythm are available on the company’s website, but essentially you load kits or loops from the Library area on the left into the Arranger area in the centre. If you load a kit there will be no content initially, but you can paint in notes using the Pencil or Paint tools. Alternatively, go to the BeatBuilder section and choose from a selection of ‘barforms’, which are preset patterns for any bar. You can filter the view to see similar patterns and use the patterns to build up drum parts in the Arranger.

Something New
There’s an innovative BeatWeaver Rhythm Synthesizer that lets you use a clever rotating wheel system to choose new patterns, and a BeatForm Sequencer that lets you swap different variations on patterns quickly into one or more bars in a sequence. All of this is based around a new approach to displaying and working with MIDI. While a regular sequencer gives you MIDI CC and automation channels to set parameters, the control here is more granular. Notes are displayed using colour-coding and their velocity using tiny bars. The system is referred to as Music Molecules and makes it easy to add notes as well as add variations and edit existing notes. 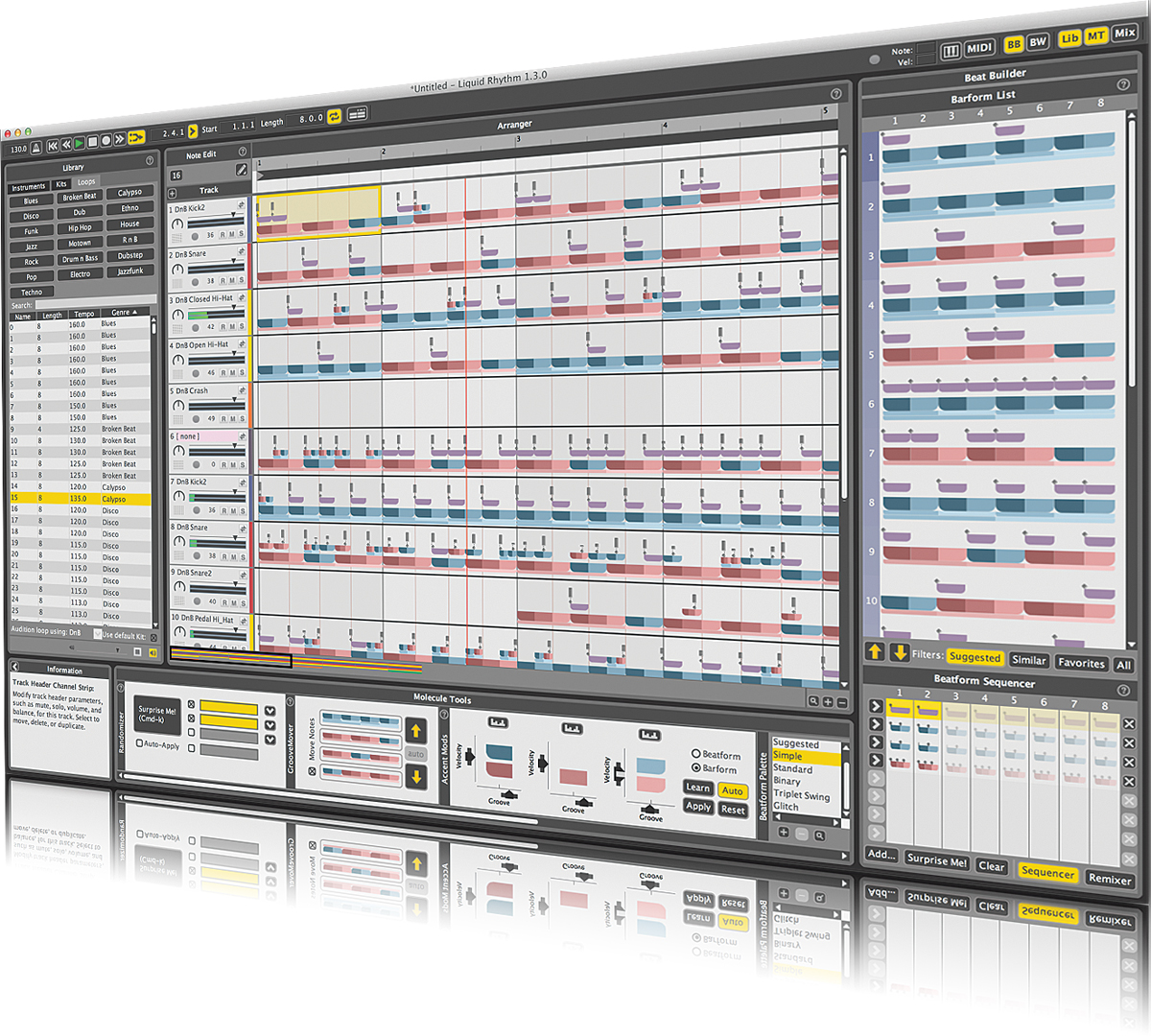 At the base of the window is the Molecule Tools section, from where you work on the characteristics of selected notes or bars. Here you can randomise, move notes en masse and change the accent of individual notes or whole bars using sliders. There’s also the BeatForm Tumbler and Shifter, which again make it possible to add repeats or move patterns around while maintaining timing accuracy. The approach takes some getting used to, but it’s possible to get into incredible detail when programming beats. The aim is to allow people without knowledge of music theory to program complex rhythms – and in this it certainly succeeds.

There is a mixer section, too, though it’s limited to level, pan, solo and mute. Since Liquid Rhythm is a sequencer it doesn’t provide a way to edit samples directly, so if you need to you will have to do it using an external application. There are also no onboard effects, though you can route drum channels to your DAW and process them that way. It’s also possible to export stereo mixdowns or stems as well as output MIDI files.

Future Beats?
This is a powerful rhythm sequencer that rewards time spent learning. The casual user will be able to put some cool-sounding beats together pretty quickly, but the point really is to enable much more complex beat programming in a way that other drum modules don’t – this isn’t a sound-design instrument but most decidedly a programming one. It perhaps doesn’t offer the instant gratification of more conventional tools, but for serious programming it’s in a league of its own. 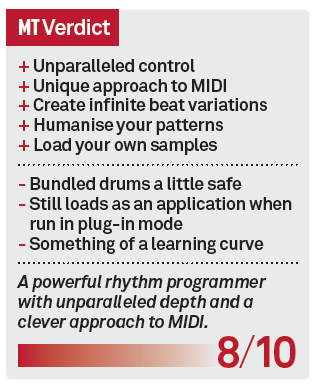