Fancy a singalong? Matthew Mann finds Aeris is a versatile and fully featured solution, offering ‘oohs’, ‘aahs’ and a little bit more… Details Price £199 Distributor Time And Space Contact via website Web www.timespace.com System requirements Kontakt 5.5 or Kontakt Player The first time I wrote a ‘choral’ part for a track I was working on, […] 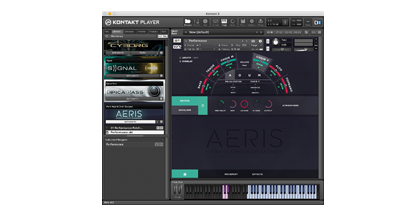 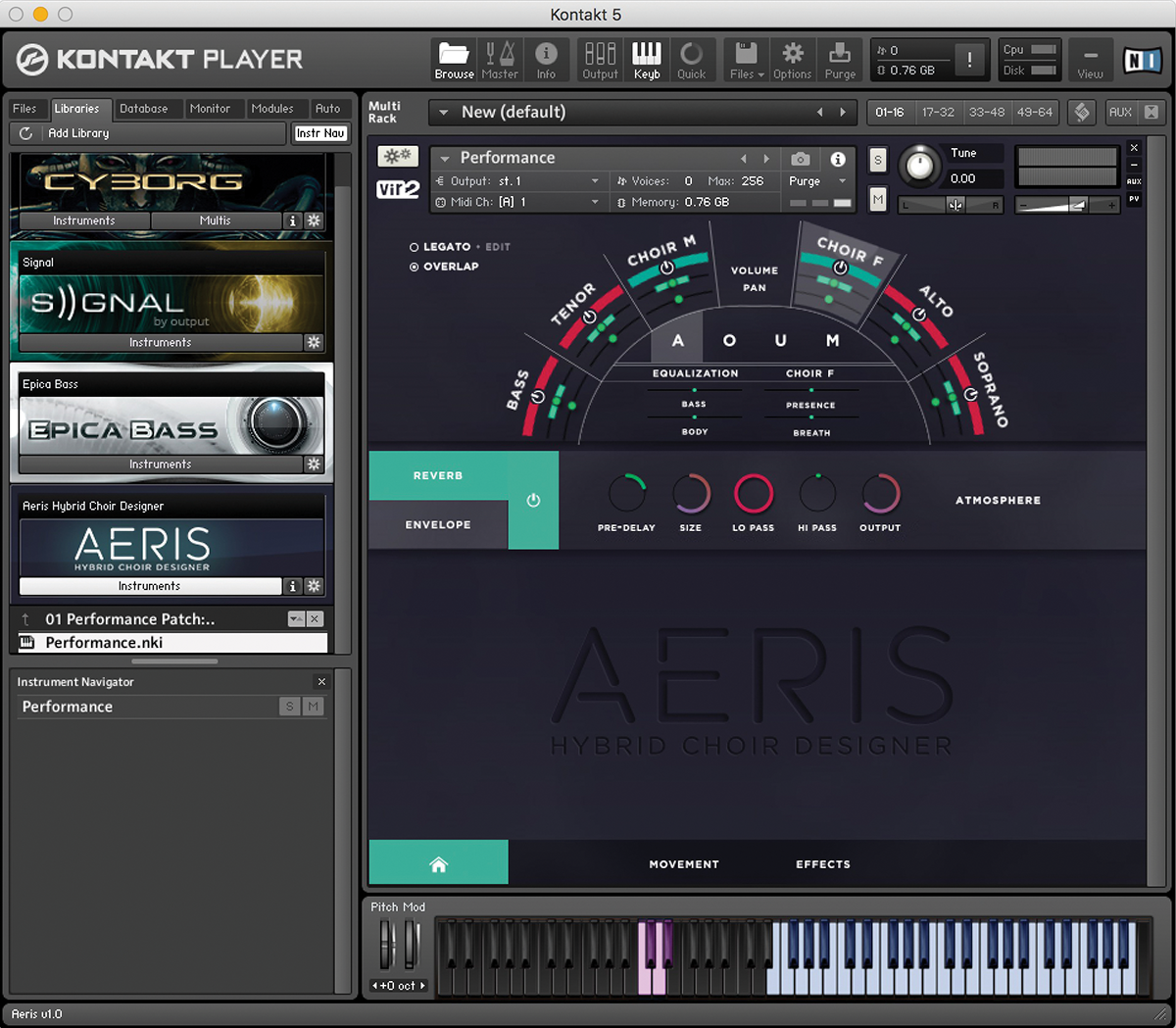 The first time I wrote a ‘choral’ part for a track I was working on, I used your basic ‘Aah’ patch from my trusty Ensoniq SQ2. It was really more of a pad background with very little realism. Several years later, I co-wrote parts for a song that needed choir backups and tried to get creative. We used three different patches: ‘Aahs’ on track one; ‘Oohs’ on track two; and ‘Choir’ on track three.

We even used patches from three different synths, to give the track a more diverse and unique sound. It left a lot to be desired.

The last time I wrote a part for voices, I layed out the basic parts with synths and then supplemented with my own voice. Although this lent itself to better sounds, with more diversity, it still left me wanting more – add to the equation that I can’t really sing soprano or even alto without being very pitchy.

Fast-forward to today. I’ve seen a couple of choir libraries for sale here and there, but I’ve never really tried them until now. Mostly because the really good ones are rather pricey and I’m limited to a working-musician’s budget… which isn’t much.

Enter Vir2’s Aeris Hybrid Choir Designer. I decided to bite the bullet and try it, because I’ve had several pretty good musical ideas lately that demand something more than a vanilla choir patch.

The ‘Aahs’ Have It

Aeris is a Kontakt library that works with either Kontakt or the Kontakt Player from Native Instruments. It settles in at just about 9GB. When I first downloaded it, I did as I always do…

I opened it and jumped in before even looking at the manual, because I like to know how ‘user friendly’ a new synth or sample library is. Well, I was presented with only three instruments and, initially, thought I’d installed it wrong.

It turns out that there really are only three instruments in this library:

Hmm. Okay, only three patches. Let’s take a deeper look and see what this is all about. We’ll start with the User Patch and get it out of the way. This patch allows you to load your own samples. Once loaded, your samples can be set up and processed through the Aeris engine, just like the samples in the Performance Patch. In fact, Performance Patch and User Patch
are identical (with the exception of the samples used). 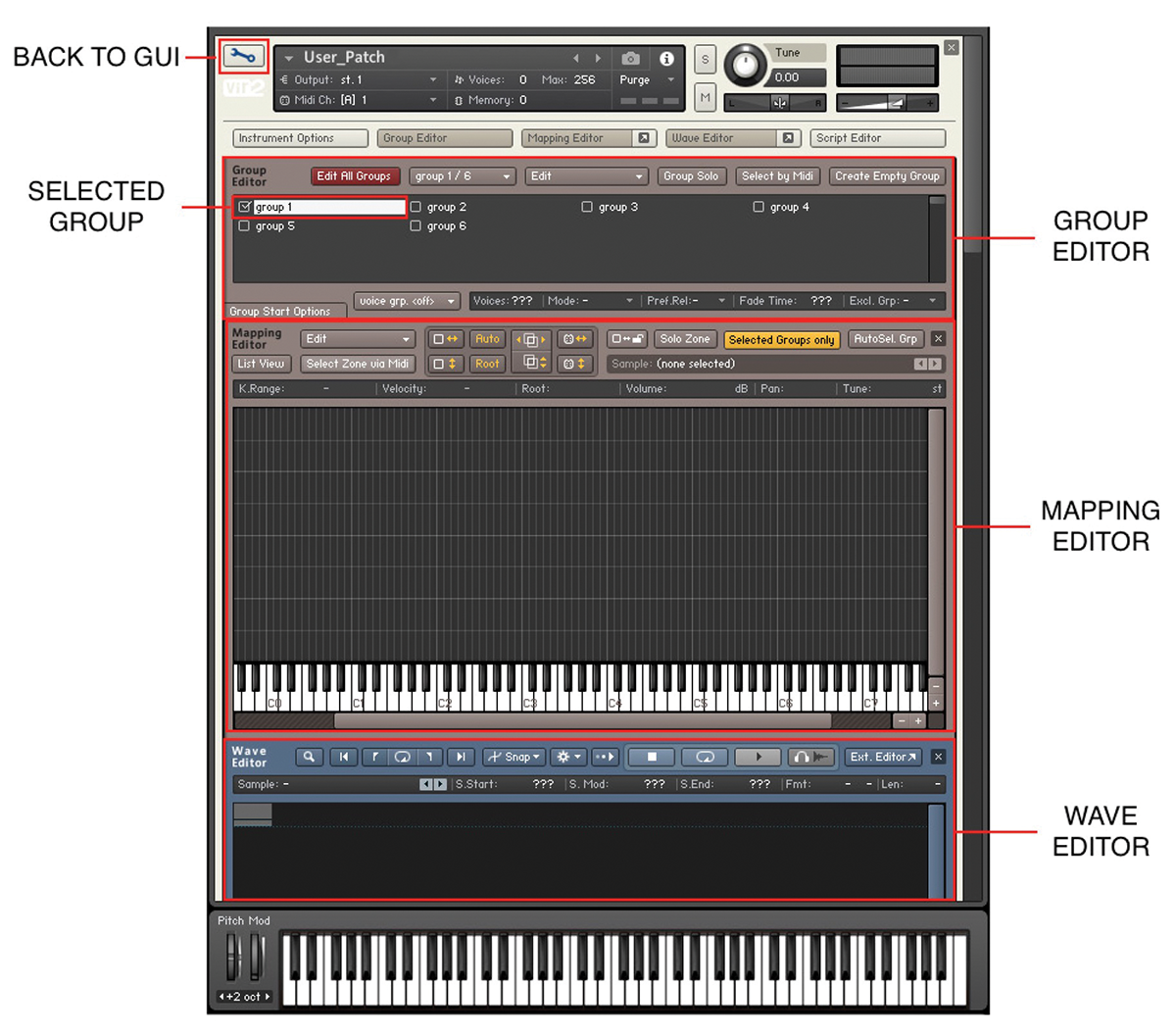 Note: in order to use your own samples in the User Patch, you must own the full version of Kontakt. Users of the Kontakt Player will not have access to the deep editing functions of Aeris.

In addition to the six vocal-group types, there are four different vowel types available (A, O, U, M); giving you ultimately flexibility for performing realistic choir parts. You can also overlap the different groups and even turn on legato mode. This part of the screen also provides controls for EQing the selected group.

If you find you need a little bit (or perhaps even a lot) more flexibility, there’s a step-sequencer that can be tailored to your needs. There are also FX that can be tweaked, plus modulation options (an LFO) to give more life and movement to the groups. The groups are laid out logically on the keyboard based on frequency range.

There’s also an Overlap Mode, which sets the exact note that each sample falls on. In other words – if you have all groups turned on and hit the C3 key, the C3 note from each group will sound (if, of course, there’s a C3 in that group range). This is great for a full, thick sound; it also gives you access to the full range of each group.

Another thing to note is that when you have the solo singer selected, the choir part that corresponds to that particular singer is turned off. For instance, if you have the female solo singer turned on, the Female Choir turns off. The same is true for the male solo singer. A workaround to this, however, is to open a second instance of Aeris. Problem? No problem!

A final point about the Performance Patch is there are keyswitches assigned to C0 through D#0. These trigger the different vowels. For instance, when you hit the C0 key and then play a group, you hear “ahs”. Selecting C#0 gets you “ohs”. If you’re looking for “oos”, select the D0. Finally, D#0 will cause the voices to become “hums”. This adds great variety in a performance and gives you tons of flexibility when writing. This was an accidental discovery on my part, but a very welcome one.

Hang Out in my Pad
The final section of Aeris is the Pads Patch. There are two synth engines in this particular patch, and each engine can be manipulated independently of the other. That means you could modify the LFO, reverb, EQ and more in Engine A and leave Engine B completely dry.

Or instead, you could have one vocal patch in Engine A and use the sequencer to give some movement in Engine B. This can lead to some very lush and/or complex sounds. You can also turn each engine off. The engines can then be played at the same time or independently – depending on the needs of your project.

Vir2 includes 145 pads patches to get you started and I thought they all sounded good. Vir2 also has the foresight to include the ability for Maschine and Komplete Kontrol users to load the library and control the functions of Aeris directly from those interfaces. Considering the staggering number of Maschine users, this is a brilliant idea.

Another good idea is the way that buttons and faders are colour coded in Aeris. Although I’m not a particularly big fan of red and green (except at Christmas time), I found their coordination very logical. So, for buttons, they chose green to represent on and red to represent off. Likewise for faders and knobs, where green means minimum or off and red means maximum. To my mind, this just makes sense, as I’m a visual person.

This is a beautiful sounding and powerful library. There are more expensive choirs out there – each with strengths and weaknesses – but I really like how easy to use and expressive Aeris is.

And the inclusion of the ‘mms’ articulation is a bonus. Many don’t include it and cost twice as much; most choir libraries give you just that and nothing more. Aeris has choir, pads, synthetic hybrids of the two – and an open-ended platform for unlimited additions to this library.

Given the depth of this library and the price, I would say that it’s a very good buy. Adding that users can import their own samples and then run them through the same synth engine – thereby creating their own choir/pad library… I’d have to say this is a fantastic buy. Now I just have to start writing more choral music! 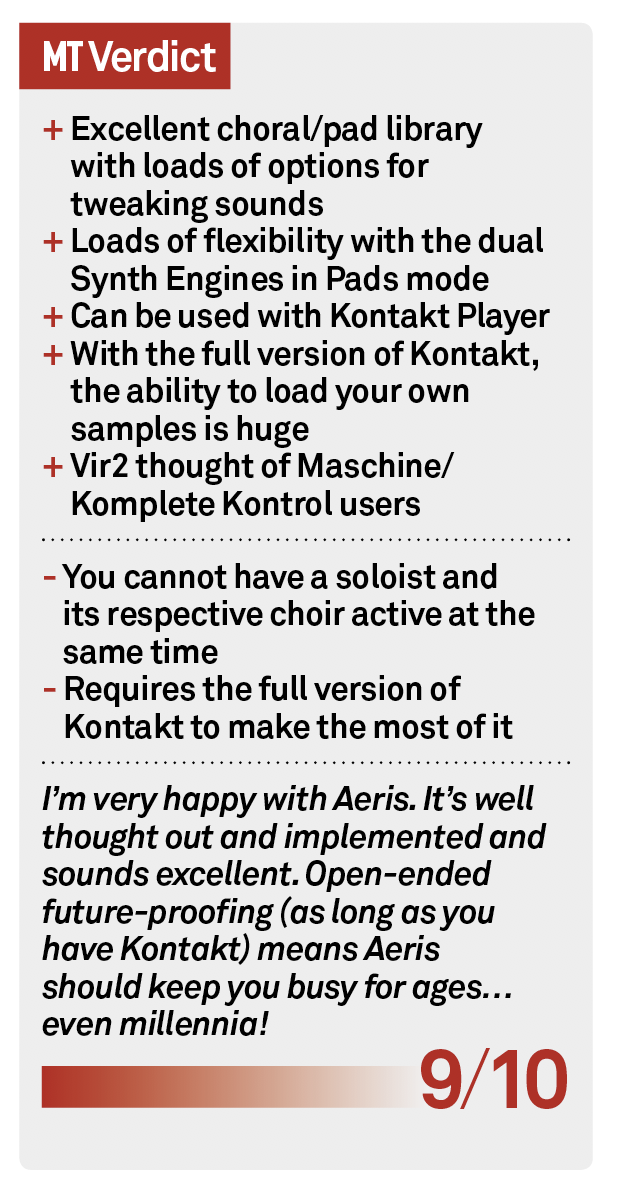