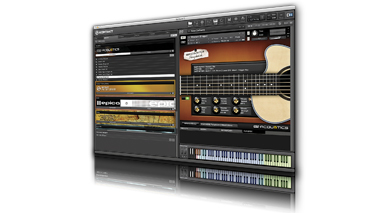 Acoustic guitars have always been hard to do in software, but could Vir2 have cracked it? Hollin Jones strums away… 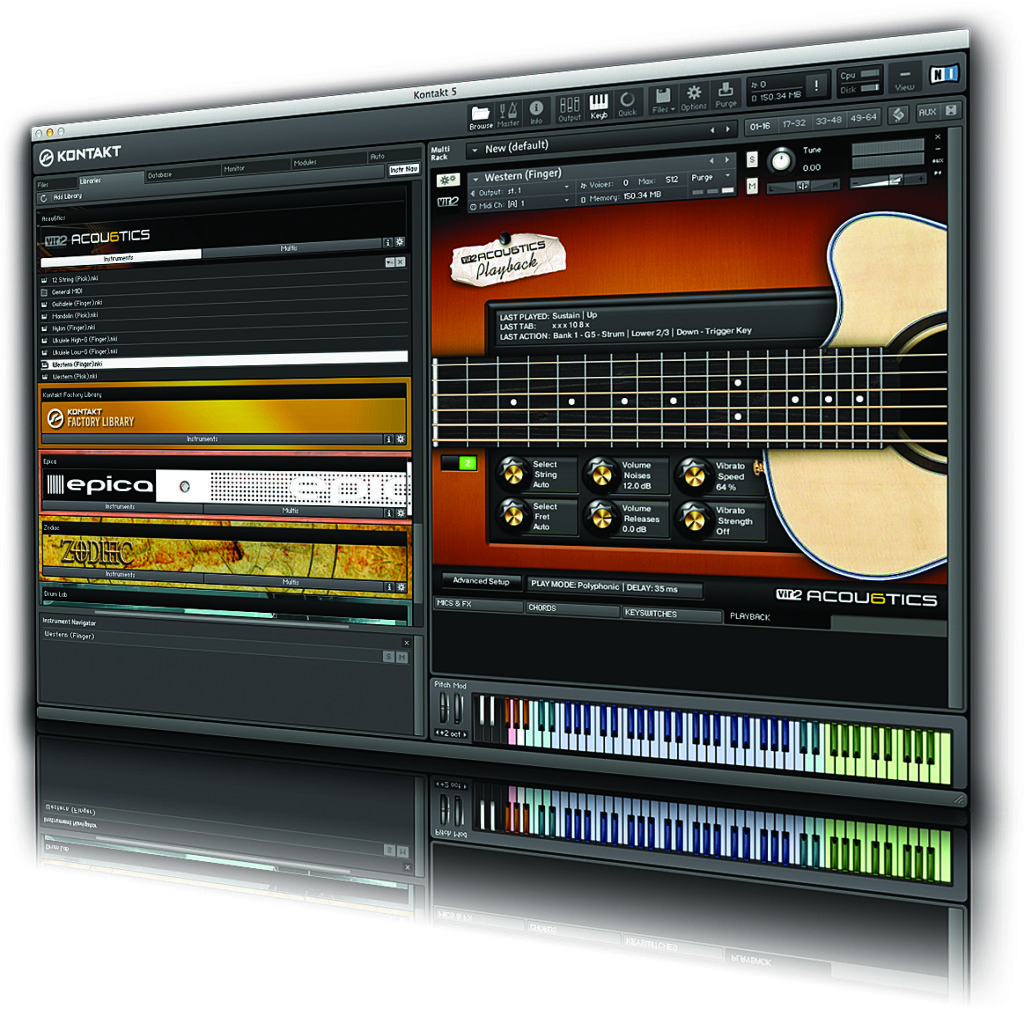 Some instruments have always been tricky to recreate convincingly digitally, usually the ones furthest removed in playing style from the keyboard. So horns and guitars, when attempted in a truly ‘playable’ format rather than just looped, have often sounded a little artificial. The trick isn’t in recording the samples, it’s in getting the playback engine right.

Vir2 has a great track record with sample-based instruments and its latest is Acou6tics, an 11.5GB collection that runs in Kontakt or Kontakt Player and really pushes the envelope of what NI’s technology can do. As ever, the files can be off loaded to a secondary hard drive and the library authorized in Kontakt. The standard 2GB RAM is listed as a basic requirement, but you’ll want more than that when working with any big Kontakt libraries.

There are six different acoustic guitar instruments in the collection: steel string, 12-string, nylon string, ukulele, mandolin and guitarele recorded in a mixture of plectrum and finger-picked playing styles. The quality of the sampling is faultless and you get to use both Blumlein stereo and piezo-based sources for each instrument, with no phasing issues when mixed down to mono. All articulations are available on all strings and frets with between 3,000 and 7,000 samples per instrument.

There’s a huge amount to work with, so the way you interact with the instrument is crucial. The way you play a keyboard and a guitar are very different, which is why some sampled instruments don’t sound right: playing a chord on a keyboard often doesn’t translate to the guitar chord you expect. 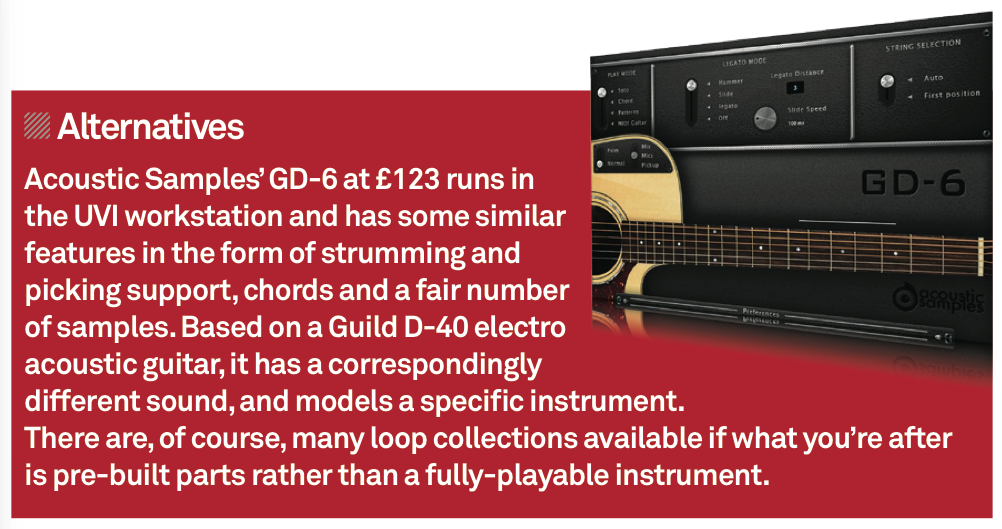 Acou6tics deals with this by using a fiendishly-clever playback engine that analyses the keys you press in real time and interprets them based on the current patch settings, resulting in something that sounds much more like a guitar than a computer has any right to. As is standard with Kontakt, the keys contain a range of functions denoted by colour, so blue notes are playable, black notes switch presets and other keys perform a range of modifier functions. In polyphonic mode you can play chords and there’s an advanced chord detection system that can convert almost 25,000 keyboard chords into the appropriate guitar version. The AI chooses the best string and fret choices based on your input and you can use the modifier keys to introduce muting, reversed pick direction and many more variations. Numerous slides, ‘chukkas’ and other percussive effects are available in addition to individual notes.

It’s an incredibly-versatile system and almost magical in its realism, though you will want to spend time learning in order to program advanced parts. It’s all configurable and the key switches can be customized, with the Playback section letting you tweak string and fret selection, noises, release and vibrato as well as chord pick speed and many more parameters. The Chords section lets you program your own custom chords and in Mics and FX you can add up to six effects each with variable controls and use the Distance and Room options to move the virtual mics around as well as working with the stereo mic and piezo signals.

The instruments are almost infinitely tweakable and, though it will require a little practice, you can achieve amazingly-realistic guitar parts without actually being able to play a guitar. As well as the more obviously impressive rhythmic strumming stuff it’s fun to play around with the mandolin and ukulele, where the sound engine is able to add slides, squeaks and articulations for a truly realistic end result.

Acou6tics is an excellent way to bring the warm, organic and involving sound of these instruments to your productions. The translation of keyboard input into guitar-style playing is something to behold and with a bit of careful programming, nobody will be able to tell that the tracks weren’t played by a real person. 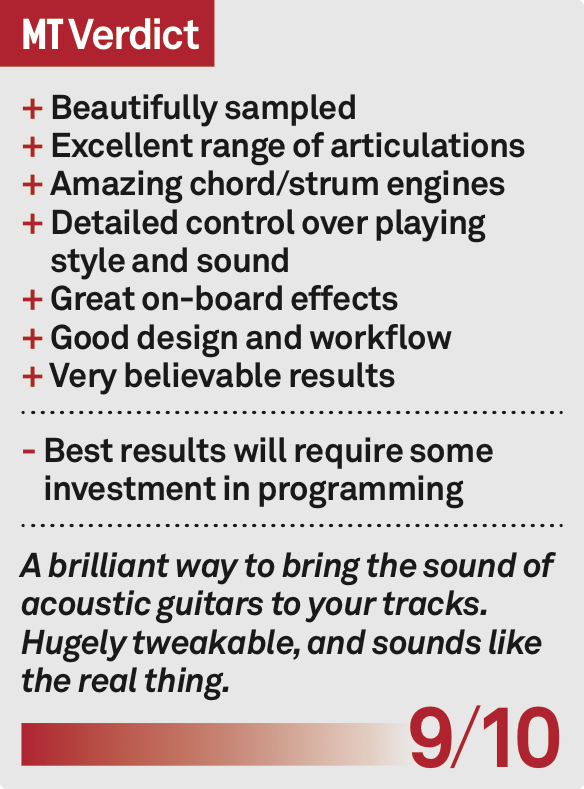