Vintage Rewind: Oberheim OB-8 – The Spirit Of The 80s

Back in the 80s, when analogue was huge, Oberheim summed up the spirit of the age with the unfeasibly large OB-8… 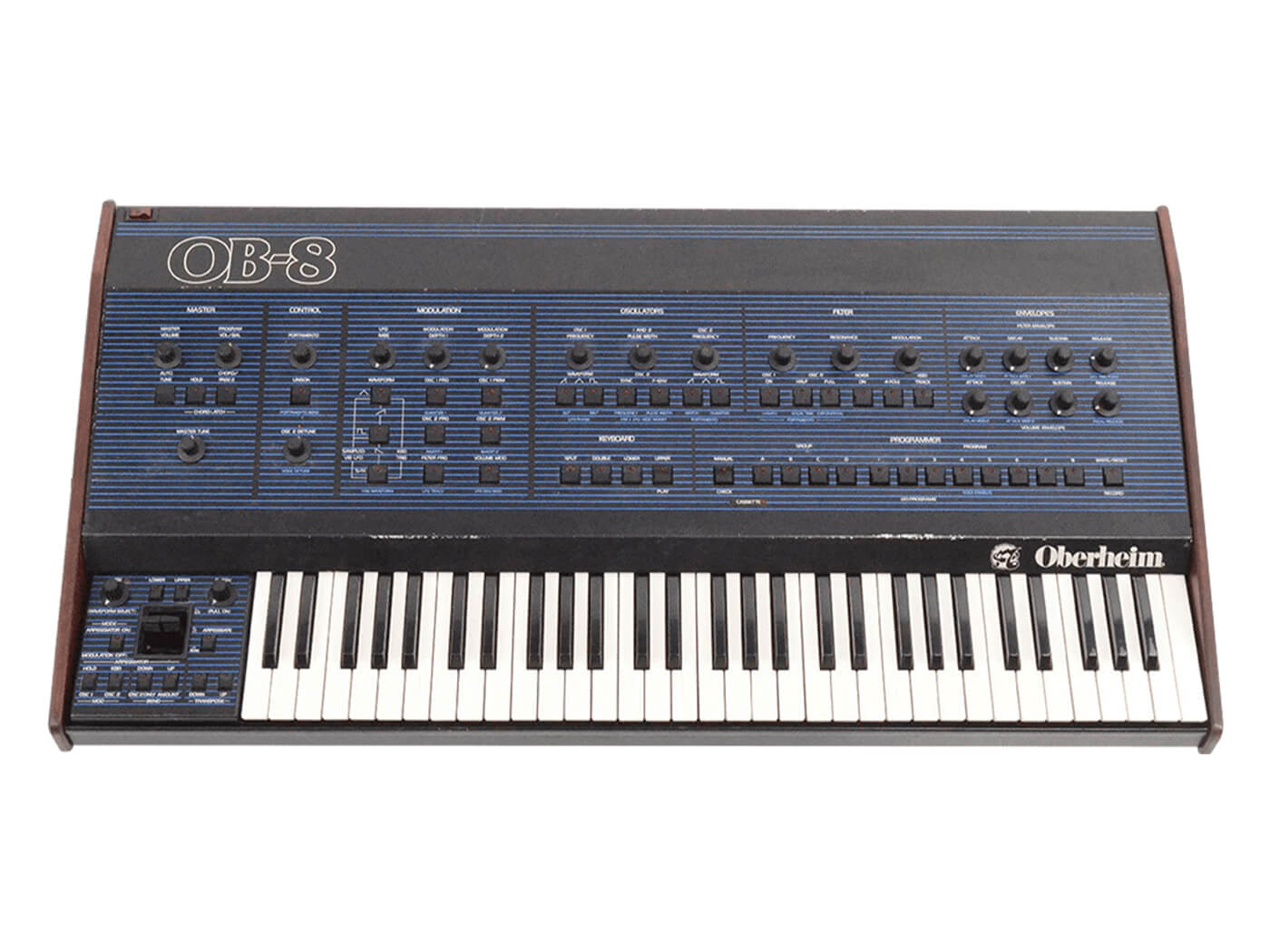 If there’s one thing you can say about the 80s, it’s that things were big! Big hair, big snares, and big synths, with American synth designer Tom Oberheim defining the era perfectly with his run of classic polysynths.

The OB-8 provided the coda to this run, with production beginning in 1983 and lasting well into the mid 90s; but despite efforts to keep the OB-8 up to date, it couldn’t compete with the greater connectivity and better pricing of newer digital synths.

Bearing the family colours, in black with blue stripes, the OB-8 benefited from the use of two Curtis oscillator chips, per voice, while a single CEM3320 chip looked after the filter, which was switchable between 12/24dB.

Arguably, its older sibling, the OB-Xa, sounded bigger, possibly down to its use of larger coupling capacitors in its signal path. But despite the slight alteration to the sound, many a touring band of the time testified that the OB-8 was generally more reliable than its predecessors, although they’d still have to employ numerous backup synths, because of how likely the Oberheim was to fail.

Hindsight is always a wonderful thing with vintage synths, and current Oberheim users take on the commitment of ownership knowing it’s a pursuit that’s likely to be fraught with trips to the repair shop – but the trade-off is the sound, which is broad in timbral palette and beautiful with it.

The architecture of the OB-8 is classic: two VCOs up front, with the ability to sync and tune each independently, while offering the usual large smattering to pulse-width modulation, fed to the filter, with two four-stage envelopes for both amplitude and filter control.

The modulation section offers plenty of routing options, made easy via the nine buttons and three pots. The OB-8 also has what Oberheim described as ‘Page 2’offering access to extras including being able to change both Portamento and LFO modulation to a glissando-style effect, rather than a full-on glide.

Coming very much from the performance-synth era, the OB-8 offered the user a very clunky set of pitch and mod levers, which also allowed for instant assignment to either oscillator, via the lower panel to the left of the keyboard. Here, other useful effects, such as the ubiquitous arpeggiator, could be found.

Among the usual modes, this offered a ‘Keyed’ option, to allow for (very basic) real-time sequencer-style programming. Other performance touches included the ability to independently control the release time when depressing the sustain pedal and the ability to store up to 120 patches.

When coupled with the storage of another 24 layered patches, these made the OB-8 something of a performance beast, an impression reinforced by its five-octave keyboard and exceptionally large front panel.

The size and depth of the synth was something of a hangover from previous models. Once opened up, there was comparatively little inside its large frame, but as hindsight would suggest, this actually made it easier to keep the OB-8’s form the same, once MIDI started to be fitted as standard.

The early OB-8 models were not available with MIDI – it hadn’t been invented – but the addition of MIDI to later models, from the mid-80s onwards, really helped to keep the OB-8 in play, well into the digital-synth era.

Oberheim became a brand of choice for many rock outfits, but the OB-8 found fans in many quarters. Notable endorsees included Soul II Soul, Prince, Simple Minds and Depeche Mode – the OB-8 providing the bass for the latter’s 1983 album Construction Time Again.

With the march to digital technology, production did not exactly stop so much as fade away, somewhere around 1995. Frankly, the OB-8 should have gone out in a blaze of glory – with a fanfare of Oberheim Brass – to date-stamp the passing of one of the last great analogue polys of the era.