In 1985, if you weren’t playing Pong, you might have been making music with a hot new home computer, with musical aspirations: the Atari ST Computer. Belonging to the generation that can remember a time when the only way to sequence music was with a hardware device, I can remember the excitement of an age […]

In 1985, if you weren’t playing Pong, you might have been making music with a hot new home computer, with musical aspirations: the Atari ST Computer. 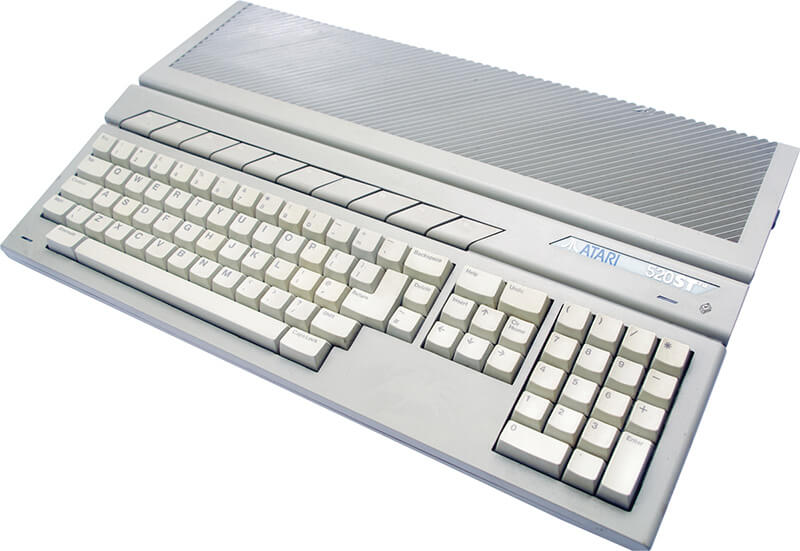 Belonging to the generation that can remember a time when the only way to sequence music was with a hardware device, I can remember the excitement of an age of music technology that would change the way studios worked forever. It arrived with one of the most ubiquitous and influential machines, beginning its existence in a very precarious setting, with a company on the brink of bankruptcy.

Atari was one of the new breed of companies entering the exciting field of video games. Established in the early 70s, it bought us Pong, a game of thrills and spills, where you batted a white dot from one side of the screen to the other, against an opponent of your choice.

It was, as they say, a different time, with minimal graphics that were a very far cry from the 4K world in which (some of us!) now live. Nonetheless, Atari did very well with its games console business until 1983, when an inevitable crash in the market left it with losses of $500 million. The company changed hands, and managed to keep its head above choppy financial waters until the development of its new enterprise.

When the company branched into home computing in 1985, we received our first ever glimpse of the Atari ST. It looked sleek, grey and, although the option of a colour screen was available, most opted for the substantially cheaper monochrome monitor, which was rather akin to staring at a black and white goldfish bowl. This was nicely finished with the clunkiest of mice; sharp and angular, it would have been quite at home on the set of (sci-fi show of the time) Space 1999.

However, the game-changer that set the ST apart was the inclusion of a couple of sockets to the rear, labelled ‘MIDI’. For most, these were just another couple of sockets that would never be employed, but for us musicians, the prospect of connecting a computer to other MIDI- based devices was tempting at the least, life-changing at the most!

Sporting the very latest in Motorola 680×0 CPU chips, the favoured machine was the 1040ST, which offered a full 1MB of RAM, double the size of its former little brother, the 520ST. The on-board floppy disk drive accepted 3.5” diskettes, which would whirr for about a minute and a half with each loading program.

This extended to the OS as well as individual packages, with Steinberg being the first major player to offer something useful. Its Pro 24 was an immediate hit, allowing the connection, control and sequencing of multi-timbral synths, samplers and drum machines, without the element of keyhole surgery that had preceded the Atari with hardware digital sequencers.

Although the mono monitor was tiny by today’s standards, it was an absolute window on the world of music making; a breeze to use in comparison to anything else at that time. Pro 24 later turned into Cubase, which became favoured by bedroom producers all over the world. Meanwhile C-Lab, another German company, brought us Notator, was favoured by musicians who wanted to read and print notation.

The ST not only saved Atari’s bacon in the late 80s, but also started a revolution in electronic music production, with STs appearing in studios and bedroom studios alike. The legacy of Atari is all around us today, but it wasn’t all plain sailing. The humble ST had a fairly large failure rate, and could be temperamental in operation. I , thankfully, seemed to have had a relatively good one.

When Atari stopped production of the machine in 1993, the company looked to its new Falcon to replace it as the machine of choice for musicians wanting to do audio and MIDI work. However, the Apple Mac had gathered pace with musicians, and soon became the computer to have for music production.

A few of my non-musician friends sniggered at my ST, but I ask you now: where were their MIDI sockets? So I give thanks to Atari; with the ST you gave my bedroom some serious studio credentials. Atari saw the future.

Check out our previous instalments of Vintage Rewind here