An underrated workhorse, the AKG C414 microphone has grown in popularity thanks to its flexibility and clear sound… What’s your favourite microphone? It’s a question I’ve been asked several times and one that I struggle to answer definitively. I love the dark yet detailed midrange of the Neumann U67 on guitar amps and piano, the […]

An underrated workhorse, the AKG C414 microphone has grown in popularity thanks to its flexibility and clear sound… 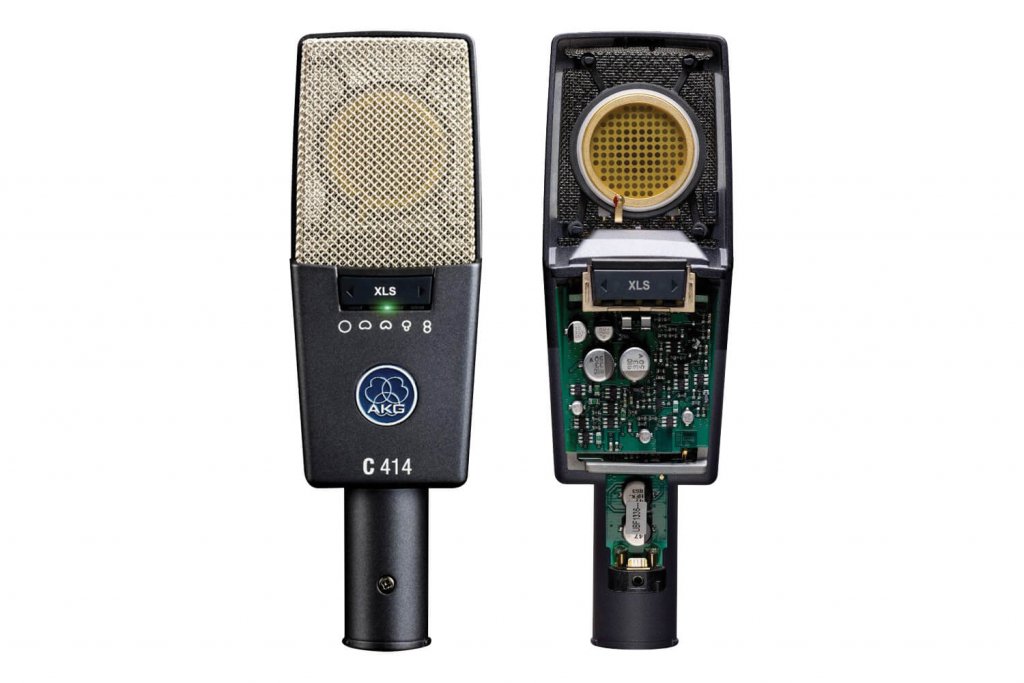 What’s your favourite microphone? It’s a question I’ve been asked several times and one that I struggle to answer definitively.

I love the dark yet detailed midrange of the Neumann U67 on guitar amps and piano, the fast and phat sound of the Coles 4038 over a drum kit and the Beyer MD201 on anything you might otherwise use a Shure SM57. When, however, I was asked which mic I would choose if I had to use one model to record everything, the answer was a no-brainer: the AKG C414.

The C414 as we know it was launched in 1971, however its origins can be traced back to 1953. That year AKG introduced the CK12 capsule found in its C12 condenser microphone. The C12 became an extremely popular studio mic with the BBC among the first to acquire several models. Engineers at Abbey Road Recording Studios also rated the mic, with The Beatles’ engineer Geoff Emerick using one exclusively to record Paul McCartney’s bass guitar.

As solid-state technology advanced throughout the 1960s, AKG developed a new FET (Field Effect Transistor) mic to augment and replace the valve C12. The C412 was a short-lived model though as the BBC – one of AKG’s biggest customers – requested a hypercardioid polar pattern in addition to the omni, cardioid and figure-8 patterns present.

The four-patterned C414 became available just as 16-track recording became the industry standard. Early C414s sounded similar to the C12 – both used the CK12 capsule – with an accurate, transparent midrange along with a clean and extended high-frequency response. They sounded brighter than the rival Neumanns, making them particularly good for modern pop recording.

Some engineers found the C414 a little leaner in the low-end compared to the C12, prompting a revision in 1976 that produced the C414 EB (Extended Bass). This model incorporated a three-position bass roll off switch (75Hz, 150Hz and flat), as well as two levels of padding (10dB and 20dB), the same as current models.

A few years later, the discontinuation of the brass-ringed CK12 capsule prompted a new nylon-based design that gave the C414 a warmer sound. Several more revisions appeared over the next couple of decades, including the C414 B TL-II.

I first encountered the original 1971 C414 as a rookie engineer in the mid-1980s. The chief engineer/studio owner used it primarily for recording acoustic guitar – I recall hearing it alongside a Neumann U87 and being very impressed by the AKG’s incisive, sparkling top end.

At a later session, a vocalist singing into the U87 sounded a little woolly, so I suggested that he try the C414 instead. I’ll never forget the look of abject horror on my boss’s face as I’d dared to suggest that anything but the U87 be used to record a lead vocal! I felt like a bit of a fool at the time – but I know better now.

For around two decades now I’ve been using a pair of C414 B ULS mics to record just about everything, from vocals and acoustic guitar to drum overheads and bass. It’s a superb sounding microphone and this model remains the most commercially successful of all C414 variants. The midrange does have a slightly woody character but that’s all, the mic is essentially flat with excellent extension at both frequency extremes.

Some time ago I was talking about microphones with my friend and colleague Geoff Barrow, of Portishead and Beak>. We both agreed that the C414 was our favourite all-purpose mic. He told me that Portishead’s classic Mercury Music Prize winning debut album Dummy was recorded almost exclusively with C414s. Now you can’t argue with that, can you?