Following the release of the redesigned 1176 Classic Limiter Plug-in Collection a few months ago, it was somewhat inevitable that Universal Audio would take an opportunity to revisit some of its other classic compressor plug-ins. The Teletronix LA-2A, therefore, is the latest ‘analogue classics’ plug-in to reach its second generation. Price $299 Contact Source Distribution 020 8962 […] 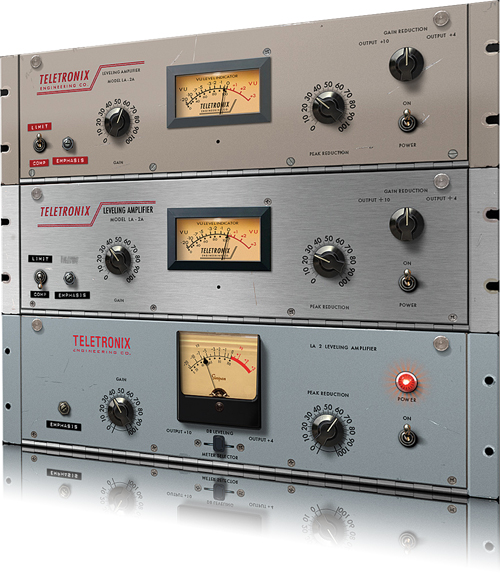 Following the release of the redesigned 1176 Classic Limiter Plug-in Collection a few months ago, it was somewhat inevitable that Universal Audio would take an opportunity to revisit some of its other classic compressor plug-ins. The Teletronix LA-2A, therefore, is the latest ‘analogue classics’ plug-in to reach its second generation.

It’s certainly a timely move, especially given that the original plug-ins are well over ten years old and that advances in computing technology means that plug-in developers now have a significantly greater amount of CPU resources to play with.

In its hardware form, the Teletronix LA-2A was arguably one of the most revered optical compressors of its time, famed for gentle, musical compression. In its plug-in form, Universal Audio has taken the opportunity to offer the plug-in in three distinct flavours – the well-respected late 60s ‘Silver’ version of the LA-2A, an earlier mid-60s ‘Gray’ version, and an ultra-rare early 60s LA-2. If you haven’t already got the original LA-2A plug-in, you’ll be pleased to note that you also get an authorisation for the legacy version, which is arguably still of merit given its lighter DSP usage.

The charm of both the plug-in and the hardware Teletronix LA-2A has to be its limited control set, which is arguably the polar opposite to the flexibility offered by a chameleon-like VCA compressor. In effect, the LA-2A is a two-knob compressor, with Peak Reduction working as a form of threshold control, and a Gain knob to raise the signal back up to unity after compression has been applied. Both the Silver and Gray versions of the plug-in also come with an additional Limit/Compress switch, which provides some influence over the ratio of compression.

Significant improvements over the original legacy plug-in include a noticeable lack of ‘image collapse’ as you push the compressor harder, and the intriguing input of the Emphasis control, which helps to tailor the performance and colour of the compression in an interesting way.

Given increasing competition from other plug-in developers, it’s pleasing to see Universal reappraising key products to ensure it’s still leading the field. The LA-2A Classic Leveler Collection is a perfect example of how musical plug-in compression can sound, and, thanks to the inclusion of 64-bit support (at last!), a cornerstone of software mixing.

– Not ideal for extreme compression

– Greater use of DSP resources

A timely update to a key product in the UAD arsenal. The LA-2A Classic Leveler Collection faithfully captures every nuance of a classic optical compressor.