Unity Audio has begun manufacturing an old legend. Mike Hillier takes a walk along Lisson Grove… Details Price  £2395 Contact Unity Audio 01799 520786 Web www.unity audioproducts.co.uk Amazon.co.uk Widgets The Lisson Grove AR-1 is a vintage-style valve compressor based on the 60s studio classic, the Altec 436. (See our history of the Altec 436 in […] 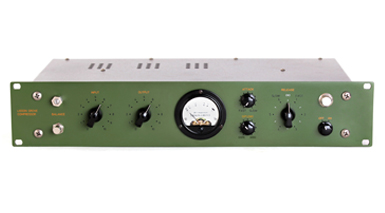 The AR-1 is a valve vari-mu compressor with three valves: a 6AL5, a 6BC8 and a 6CG7, with high-quality Mullard and RCA tubes. For extra colour there’s also a Sowter input transformer and a Cinemag output transformer.

Old and New
The AR-1 compressor has fully variable attack, and six fixed release settings, ranging from 320ms to 3.85s, plus an infinite release setting between each of the six positions. The infinite release option is an intriguing setting. Left in this position the AR-1 reduces the gain of everything passing through it by the same amount – not a hugely useful scenario. However, it can be used to prime the unit to a given amount of gain reduction before the artist starts performing.

The engineer can then move the release back into one of the six settings as soon as the performance is under way. This is a little tricky, but it’s useful once you get the timing right. To make it easier there’s a 1/4in jack on the rear for triggering the infinite hold from a footswitch. I also got some use from this feature keeping the noise floor down during a quiet passage, by engaging the infinite release after the last note and releasing just before the first note of the next passage.

Pull the attack knob out and the compressor goes into bypass mode, but the signal will still pass through the input and output gain stages, so you can use the AR-1 simply to add colour to your signal. Further colour can be achieved using the output load knob, which varies the output impedance. The original units had an output impedance of only 200Ohms, which produces a dark tonality, but the AR-1 lifts this to a more modern 600Ohms, producing a clearer tone.

Transient Squashing
An inherent feature of vari-mu compressors is that the compression ratio responds to the incoming signal: as more compression is applied the compression ratio also increases. This is a great feature, enabling the AR-1 to just tickle the signal as it passes the lowest settings, while slamming down on any loud material heavily.

The AR-1 isn’t the fastest of compressors, so fast transients are pushed through. However, with the attack knob dialled to its fastest setting it’s still possible to clamp down and shave transients clean off, if that’s the desired sound. On vocals the AR-1 adds a glorious richness to the signal even with no compression applied. 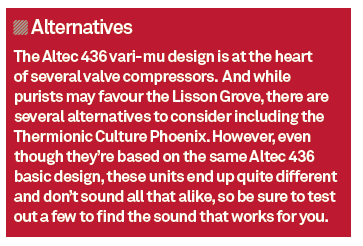 Even after level matching the before and after, the extra harmonics added by the AR-1 really brought the vocal to life. This brings the compression into play, and I was able to really smooth out the performance.

On bass the additional harmonic content again helped give weight and gravitas to the signal, while the compression – with a fairly slow attack and fast release – helped us place the instrument in the mix. This time we also used the O/P Load knob to dial the impedance down slightly. Even just a little off the 600Ohms position and the bass seemed to just slot into place.

The Lisson Grove AR-1 is a fantastic compressor. While it’s vintage heritage is fascinating, and anyone wanting to get that Paul McCartney bass sound might want to run out for one of these, it’s actually a very flexible compressor for all music-makers. 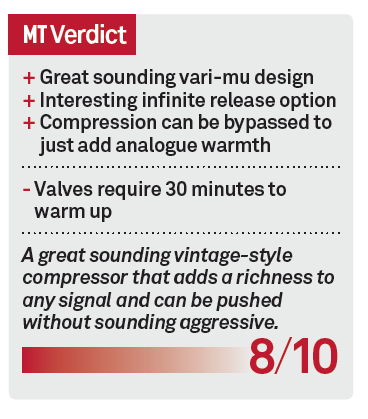 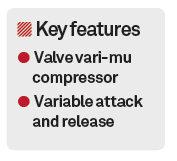