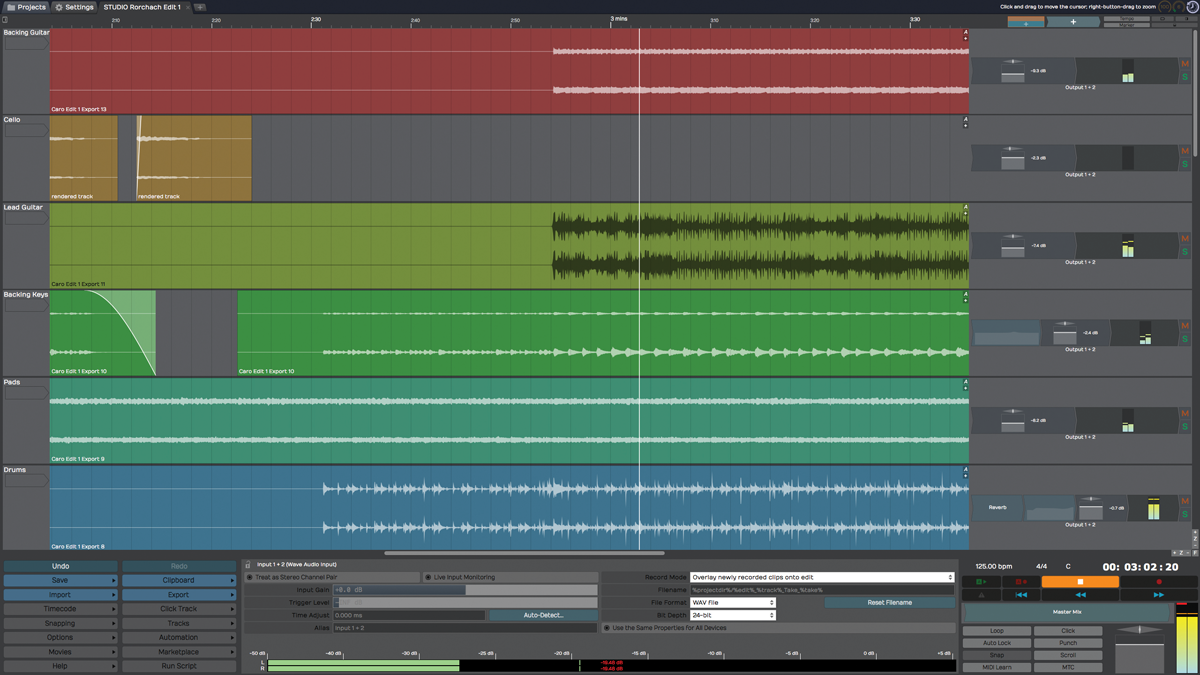 Sometimes you want to make music without spending a fortune. Hollin Jones gets to work with Tracktion 6. 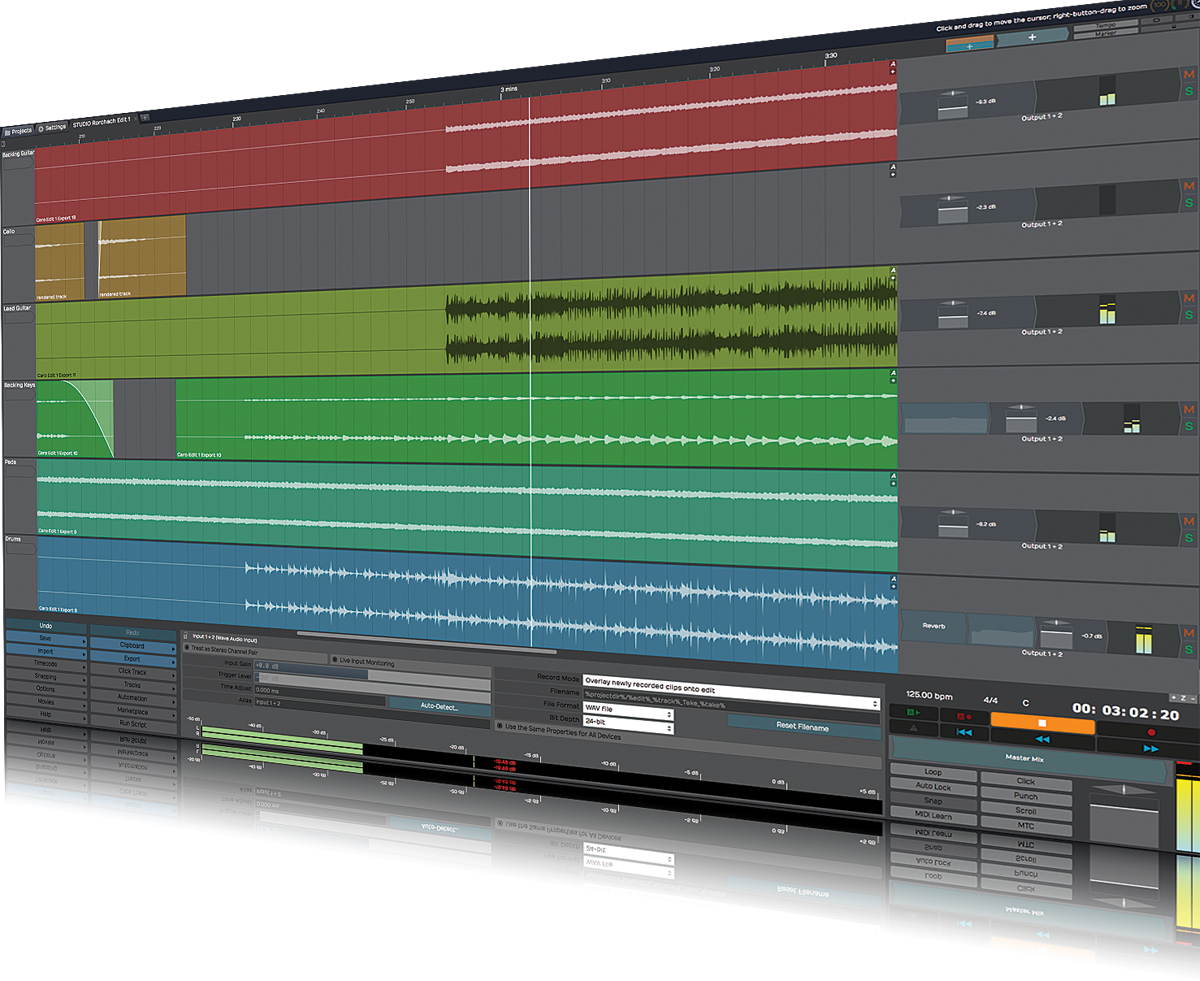 Tracktion doesn’t get the attention of some of its bigger-name competitors but it’s been around for a while and thanks to being bundled with a number of hardware products, has a decent-sized user base. And although it is something of a slow burner, it has been gaining important new features that bring it more up to speed with the competition. All this at a much lower price than you might expect to pay.

To briefly recap, Tracktion is a tri-platform DAW that’s capable of audio and MIDI recording as well as editing, and is one of the few that in addition to Mac and PC also supports Linux. Its system requirements are lower than many of its competitors and this is partly because it takes a more stripped-back approach to things.

That’s not to say it’s less capable, just that it makes fewer demands of your system. For people who are perhaps running slightly older computers, or for whom the latest bells and whistles are not all-important, a solid and lean system that can still track and mix
well can be a great proposition.

Keep it Simple
The first indication that this is a no-nonsense approach to production is the look and feel of the DAW, which is quite muted but perfectly useable. Visually, it’s not the most exciting thing you’ll ever see, but then flashy graphics rarely have much to do with audio performance. It has a single screen interface that makes good use of your available screen space, allowing the showing or hiding of various elements and using an intuitive layout and workflow so it’s easy to follow what’s going on.

Unlimited audio tracking is supported, as is drag-and-drop of virtual instruments, full MIDI editing and automation. The interface uses tabs to manage different projects, which is really useful.

Each new version of Tracktion adds a fair number of new features and 6 is no different. First up is dedicated automation tracks, an area in which Tracktion did need to up its game in relation to the competition.

You can now remap automation based on tempo changes for greater flexibility. There are new assignable comp groups that let you edit groups of audio clips on different channels at the same time, which is useful for working with things such as multitracked drums.

You get Z-Plane’s Elastique Pro timestretching algorithm and a corresponding new set of time tools like clip-based speed handles, which are particularly nice, and also Warp Time audio editing. Live waveforms are now drawn as you record audio and you can punch in or out on the fly. Again, these features aren’t revolutionary in the wider music tech world, but they are welcome additions to this supremely affordable DAW.

Got It Tagged
Moving swiftly along with the new developments, tags are now fully supported so you can tag everything from plug-ins to presets, and manage these with a Preset Editor. There’s a new and much enhanced Step Clip – which replaces the step sequencer clip – and it’s now possible to build multi-instruments triggered from a single instance of this step-based MIDI programmer on a track thanks to the availability of custom destinations.

A new plug-in management system, which is becoming a necessity with so many plug-ins available, is present and correct and lets you much more effectively manage the visibility of your collection and how it appears inside Tracktion. 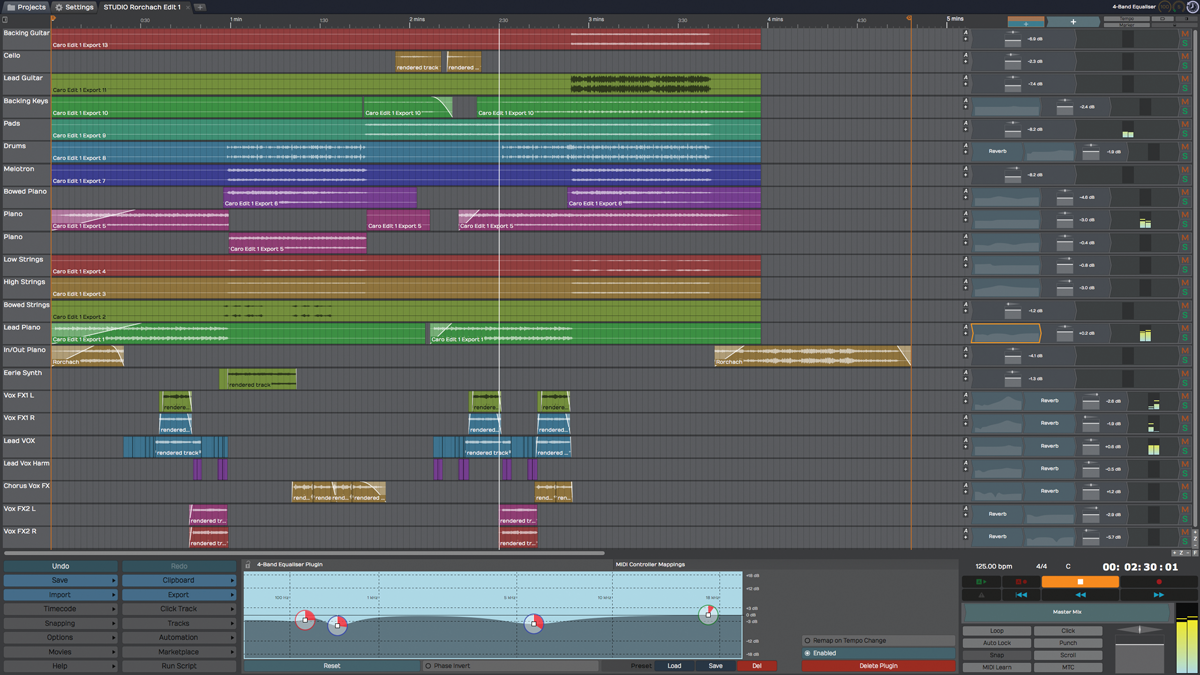 A new Insert plug-in enables you to incorporate external hardware directly into a project with delay compensation, so your studio hardware need no longer remain isolated from your computer setup.

If you’re on a version of Tracktion earlier than 5, upgrading will also being you all the stuff that was new in version 5, such as freezing at different points in the signal chain, opening multiple edits at once and the integration of the Tracktion Marketplace so you can buy extras from inside the application. 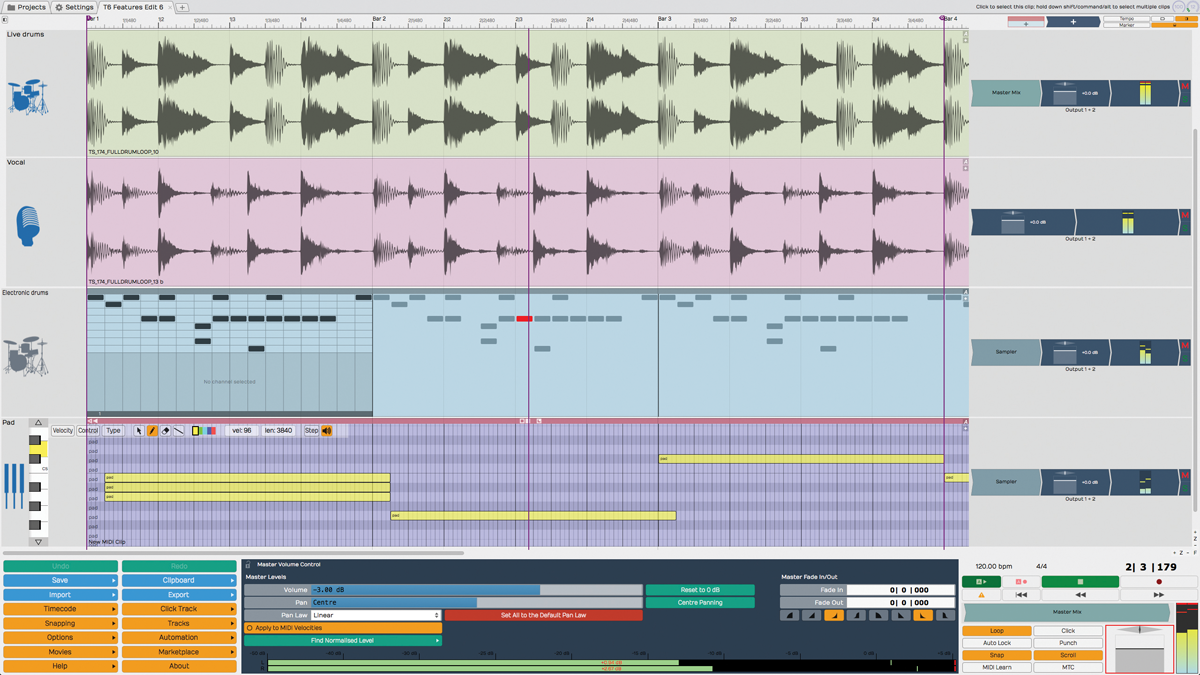 Making Tracks
Tracktion 6 brings the DAW more up to speed with many of the entry or mid-level versions of the bigger-name competitors on the market. In most cases, even the more consumer-level version of one of those costs several times what Tracktion is asking. It’s a very solid DAW and will suit many people’s needs for everyday music production.

It’s capable but straightforward to use and covers most of the tools and tasks that a regular user might want. That Tracktion 6 is so affordable and its system requirements are relatively low make it a particularly enticing prospect for a number of reasons. It’s also one of a very small number of professional DAWs that will run on Linux. 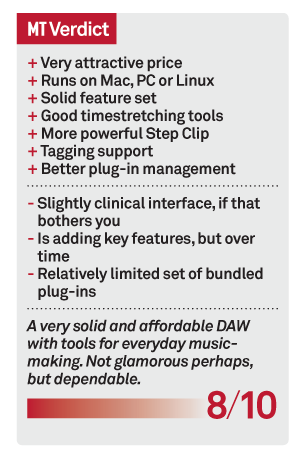