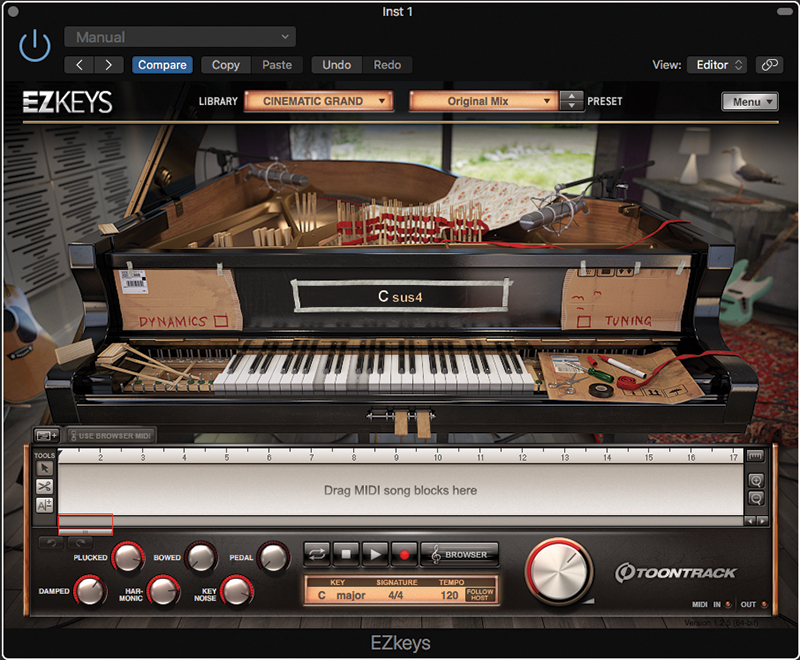 With a title like Cinematic Grand, you’d be forgiven for thinking we were looking at just another generic piano library. Yet this is a library best described as a ‘prepared piano’, which means that the starting point for sound creation is a beautiful instrument that’s had its internals tweaked, mangled and mutated to extract all manner of interesting tonal colour.

The history of this kind of manipulation goes back to the 1920s, but pioneering West Coast composer John Cage is most closely associated with the general concept, which has heavily influenced numerous musicians and bands, extending out as far as Tangerine Dream and Aphex Twin. Even the sound of the TARDIS from Doctor Who started life as a mutated piano frame… so the possibilities are pretty extensive.

Toontrack has done the hard work for us by providing 40 presets, alongside the ability to blend up to four layers. These layers vary from one preset to the next, with enticing categories including plucked and bowed strings, harmonic overtones, dampening, key noise and pedal noise. There’s also a variety of effects from within the patches themselves, which include filters, reverbs and delays.

It becomes clear pretty quickly that despite their pianistic origin, these are not the sounds of a normal piano, and there’s a wealth of interesting tones and timbres as a result. I found myself immediately drawn to tweaking, mainly because the layers are open to control of volume, so if you want to create a shorter staccato-styled tone, it’s quick and easy to do so. 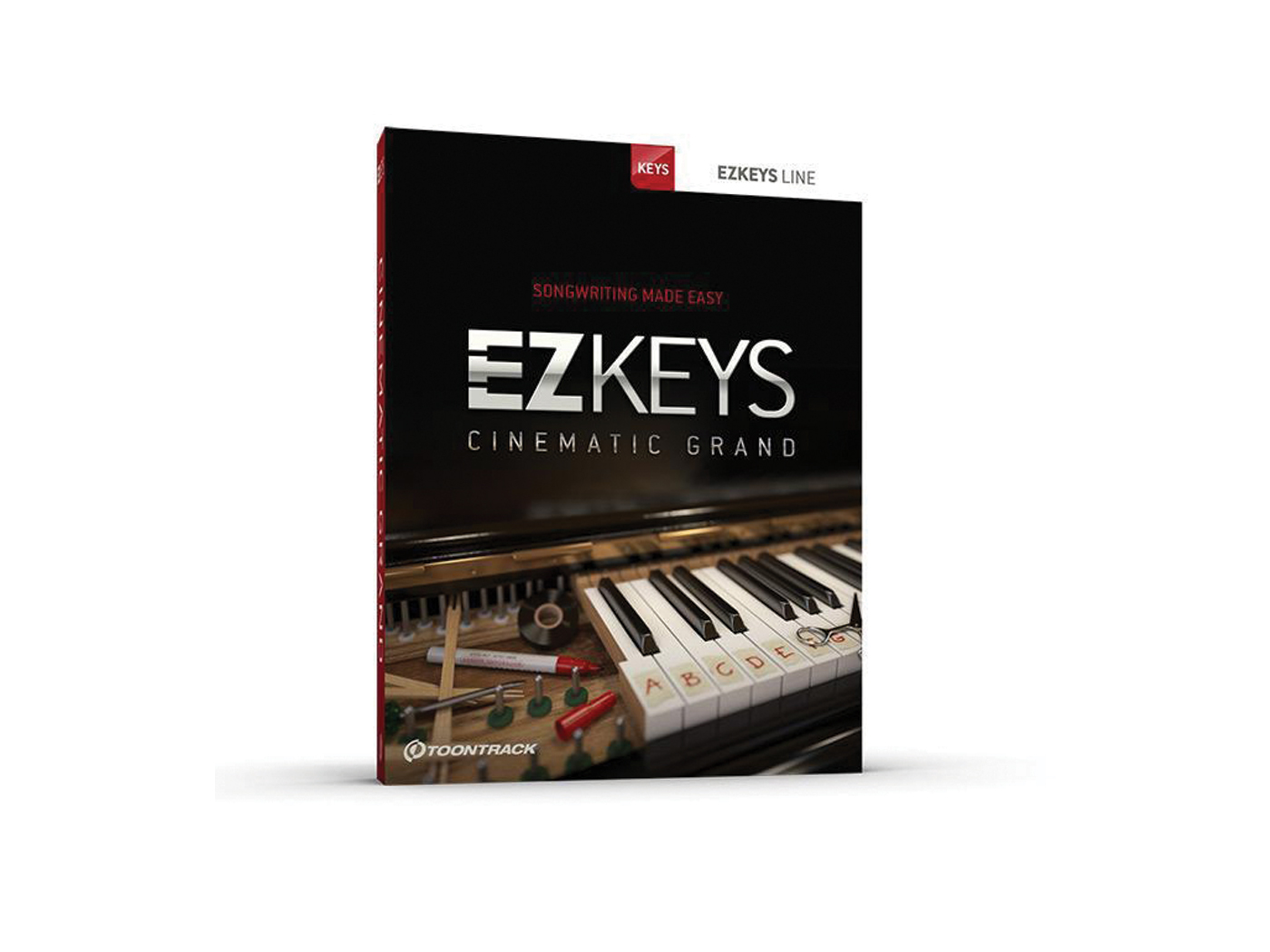 The presets offer plenty of tonal contrast; the opening 80s Dream patch gives a clear indication of some of the possibilities available here. The Damped timbre, where the string is heavily dampened while struck, provides the initial tonal construct for the Dream element, which offers reverberation and transposition an octave higher, reminiscent of harmoniser-style effects. Meanwhile, it’s possible to blend in the Bowed timbral element, to continue the sustain after the decaying element has dissipated – and this degree of flexibility can be found throughout.

One patch, labelled as Original Mix, offers six elements in equal amounts and is probably the closest thing you’ll find to a default patch and a place to start building your own timbre. But this does underline my biggest disappointment, which is the inability to start with what you might regard as a completely initialised patch, building up a bespoke palette. I’m not sure why this is, but at a guess, I’d suggest it’s to do with the huge variance of recording that’s required for a plug-in of this kind and the way in which one timbre might directly influence or resonate with another.

As an antidote to this, Toontrack has gone to very great efforts to list the credentials of each of the patches, so it’s quite likely that if, for example, you wished to have a couple of elements available that are also being fed through a Leslie, there’s a patch called Organize that will furnish you with this, but it’s not quite the same as starting for a single point, as you would traditionally do.

As well as the Original Mix patch, I did find several other suitable starting points for creation, allowing for user-saving as the creative flow continues. Another such patch is Intimate, which demonstrates a remarkable set of colours, as though you’re leaning over the piano and dampening the strings as they’re struck, but with plenty of scope for alteration of the timbre through rebalancing. The use of both the damped and harmonic overtones really comes to the fore with this – it’s a real feast of acoustic-based sonic potential.

There’s a smattering of basic settings that can be used within the EZkeys player itself. Apart from basic options for octave placement and transposition-based tuning, a Cent control will give a basic element of subtle movement over pitch, which could prove useful if performing in certain registers, while a sense of stretch tuning might want to be brought into play, against the rest of a track. There’s also a really usable control for setting velocity response, allowing you to set up the perfect response alongside your chosen keyboard action.

As this package falls into the EZkeys line, Toontrack has included a fair number of MIDI files for use within the package itself, through the onboard Song Track sequencer, or within your chosen DAW. I’m always a little wary of using other people’s compositional material within projects, in much the same way that many may be wary of a loop library in certain contexts. However, there’s a lot of ambiguous material, making it perfect for helping out anyone who lacks keyboard competence. While it’s obviously great to have plenty of content of this kind, it does feel a little at odds with the Prepared Piano remit to find stylised gospel, funk and jazz grooves within the package. These can obviously be used elsewhere within other EZkeys packages or with your DAW, but given the package’s heavy slant towards something a little more avant garde, it’s a curious decision.

A grand don’t come for free

I’ll be honest, this isn’t the package I was expecting from its title, and one that’s pleasantly surprised me. I love the concept of prepared pianos, but finding something convincing has proved difficult in the past, and what Toontrack have achieved here is something usable which allows for very quick recall and use, which is a highly appealing prospect.

Cinematic Grand is available as a first purchase, with the EZkeys player included, or as an Expansion Pack for anyone who already has the EZkeys player from another bundle. It makes a great bedfellow with other EZkeys titles, which are what you might call more traditionally pianistic or electric-piano in character.

Placed alongside other pianos, with the price of the Expansion, Cinematic Grand feels like exceptional value for money. There’s such a wealth of great timbre within this package – it could become close-to indispensable for anyone looking for tonal colours that are drawn from acoustic starting points.

Toontrack’s Cinematic Grand package is not just about soundtrack usage, although it will certainly lend itself to this genre as well as ambient and creative work. It’s not your basic piano, but has pianistic tendencies, and sounds unique. Some sounds will stack up well in isolation, while stripping some back will be perfect against other sounds in a track.

It’s an interesting and highly usable package, and one that certainly has unique tendencies. My only wish is it was made easier to create sounds from scratch, as I feel this misses an opportunity to create unique sonic signatures. 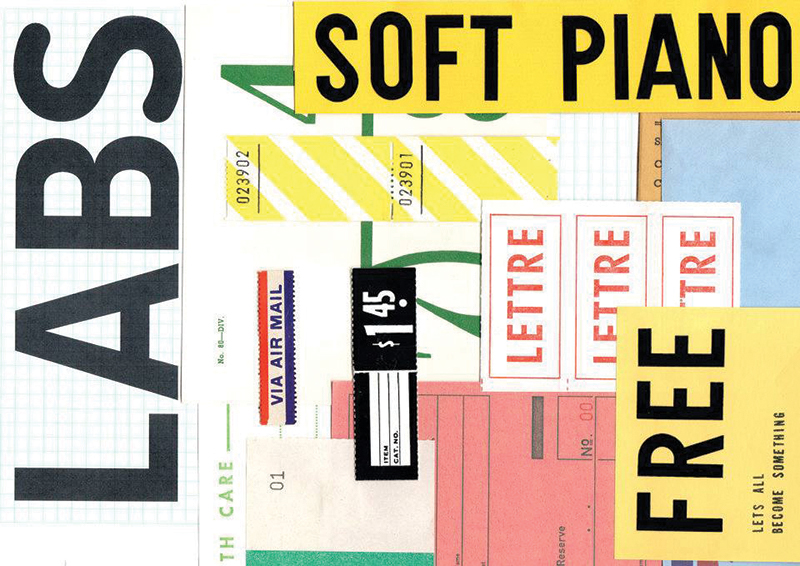 Probably about the most basic form of prepared piano you can get, the felted sound of the Soft Piano from Spitfire is virtually a must-have for everyone, especially since it’s free. While you’re there, grab some other Spitfire freebies. 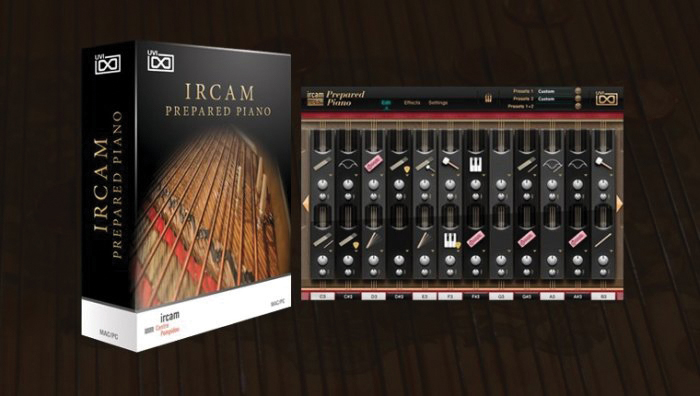 This package offers up to 45 prepared piano layers, with balance control for each. It’s unbelievably extensive, which is understandably reflected in the price and it’s created by IRCAM, the Parisian institute of science, contemporary music and avant-garde art music.