Great sound, great comfort, and for not much cash. What’s not to like about the new THP-29s? asks Andy Jones. The ‘k’, OK? Details Kit THP-29 Manufacturer Telefunken Elektroakustik Price £129.60 Distributor Unity Audio Contact  Tel: 01799 520786 Web www.telefunken-elektroakustik.com I can’t begin to explain how words such as ‘Elektroakustik’ are getting us into trouble here […] 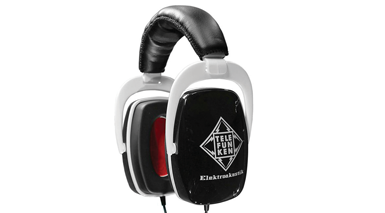 Great sound, great comfort, and for not much cash. What’s not to like about the new THP-29s? asks Andy Jones. The ‘k’, OK? 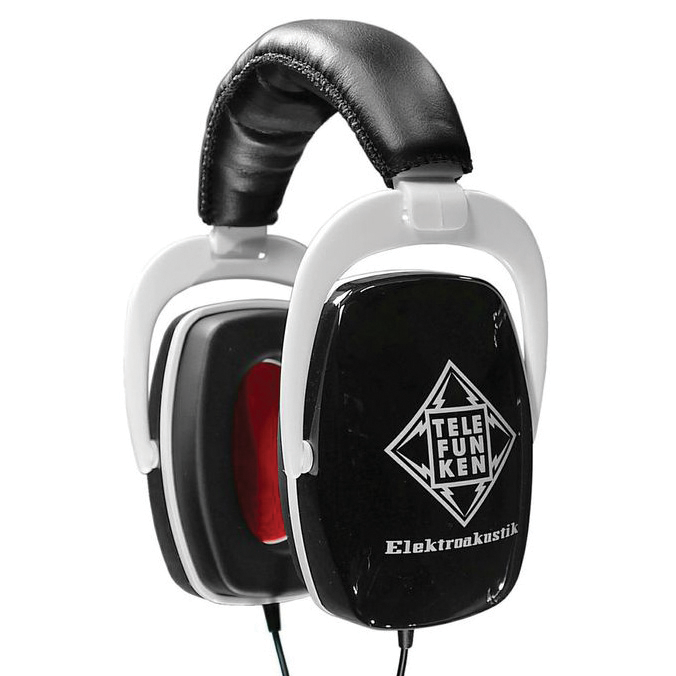 I can’t begin to explain how words such as ‘Elektroakustik’ are getting us into trouble here at MusicTech. Not only does the second half of Telefunken’s name cause havoc with spell checkers, but the European adoption of ‘k’ rather than ‘c’ (thanks mostly to Native Instruments) is starting to become such a norm here at the magazine that we’ve started using it when we shouldn’t (a thousand apologies, Sonokinetic).

Anyway, it’s also an important point because the ‘Elektroakustik’ bit means that this Telefunken (formerly Telefunken USA) is the division of Telefunken allowed to license several audio products with the Telefunken name.

And I mention this only as there has been some debate on our Facebook page about the two. They are both part of Telefunken, but different divisions. With that cleared up (or kleared up), it’s time to check out the company’s new headphones…

Natural Sound
The THP-29s certainly caused a stir when we announced them a few months back, as they have a distinctive design – very much in a retro kind of 50s Jetsons cool way; the kind of phones you’d imagine the controller of the Cybermen, or the nuclear-sheltered inhabitants from the Fallout video games to wear…

Anyway, they’re distinct and very comfortable, possibly the comfiest headphones I’ve tried over the last year – not too heavy, but they feel very solid when worn. The plastic band is a little ‘love it or hate it’ – I’d have preferred the material to have been a different colour or material, but these are relatively cheap for pro headphones, so savings had to be made somewhere down the line. Maybe a more expensive future model will satisfy that need. 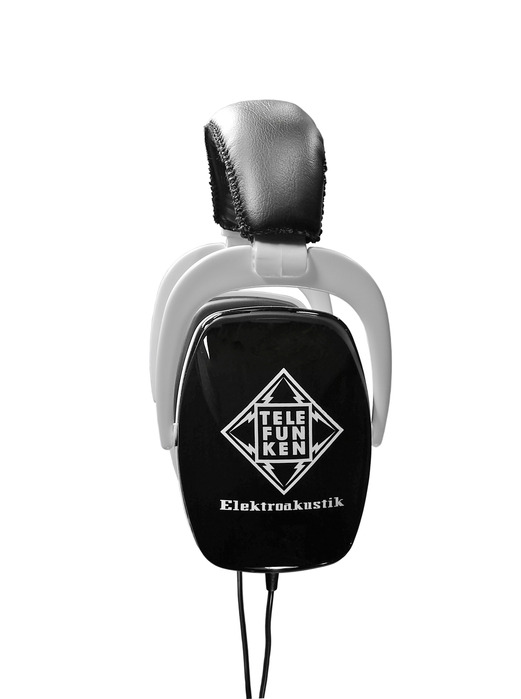 The phones employ what is rather laudably called ‘Eco friendly natural’ isolation, which effectively means they attempt to be good enough to block out external noise without requiring a Bose-like active noise cancelling process.

No battery is required, hence the Eco friendly tag. And, as a Bose owner, I’m happy with that claim if a) it works, and b) the ear pieces last longer than the shockingly bad ones on my last Bose set, which have now disintegrated (admittedly after excessive use).

Funktional?
I won’t be able to test point b during this short-term review, but I can vouch for pretty good results on the noise cancelling front, something I often measure partly by typing the review of the phones I am testing – I can’t hear the tapping that much at all, even with no music playing. While music plays, the enclosure is more pronounced.

I wouldn’t, then, wear these while walking near traffic – they do the job of shutting you off from the world well! I wouldn’t say it’s as good as the ‘Bose effect’, but it’s among the best of the passive phones I’ve tried.

The sound of the THP-29s is also a big plus. They’re not totally flat, which makes for a more pleasurable listen than the (more expensive) Audeze EL-8s I tested a couple of months back; but where those were harshly unforgiving, these are more immersive – thanks to that isolation. And put next to my standard ATH-M70Xs, I have to say I’d find it difficult to recommend one over the other. Again, I’d say the sound from these just wins, as they’re so immersive, while the ATs might lead you to places in a mix that the Telefunkens don’t.

Alternatives
Get the AKG K812s if you want the ultimate set of headphones. They are as good as great studio monitors, but do cost  £1,100. And at the risk of sounding like a stuck record, the AT-M range of headphones never fails to impress – the M70s are our current favourites. The Audezes I mention below are also incredibly flat for the cash, but perhaps a bit too harsh for long sessions.

Conclusion
Given the THP-29’s price, I have no difficulty in recommending them. Sure, I have reservations about the plastic band – but its flexibility probably helps the isolation; some users may not agree with me about the Art Deco design; but if I’m wearing them, they’re comfortable and – more importantly – they sound great, then they’re winners to my ears. For the cash, then, there’s little to beat them. Plastik Fantastik 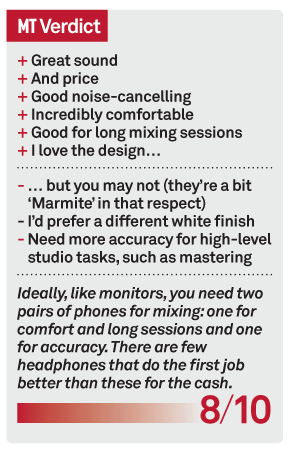