This versatile device combines guitar processing, amp modelling and vocal effects, and acts as your backing singer. Marcus Leadley sacks his band… Details Price £289 Contact www.tcelectronic.com On the surface, this swish-looking silver floor unit, with three stomp switches, appears to be a bit of a niche market product: a combined guitar and vocal processor […] 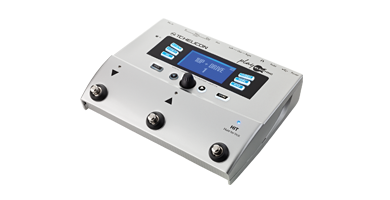 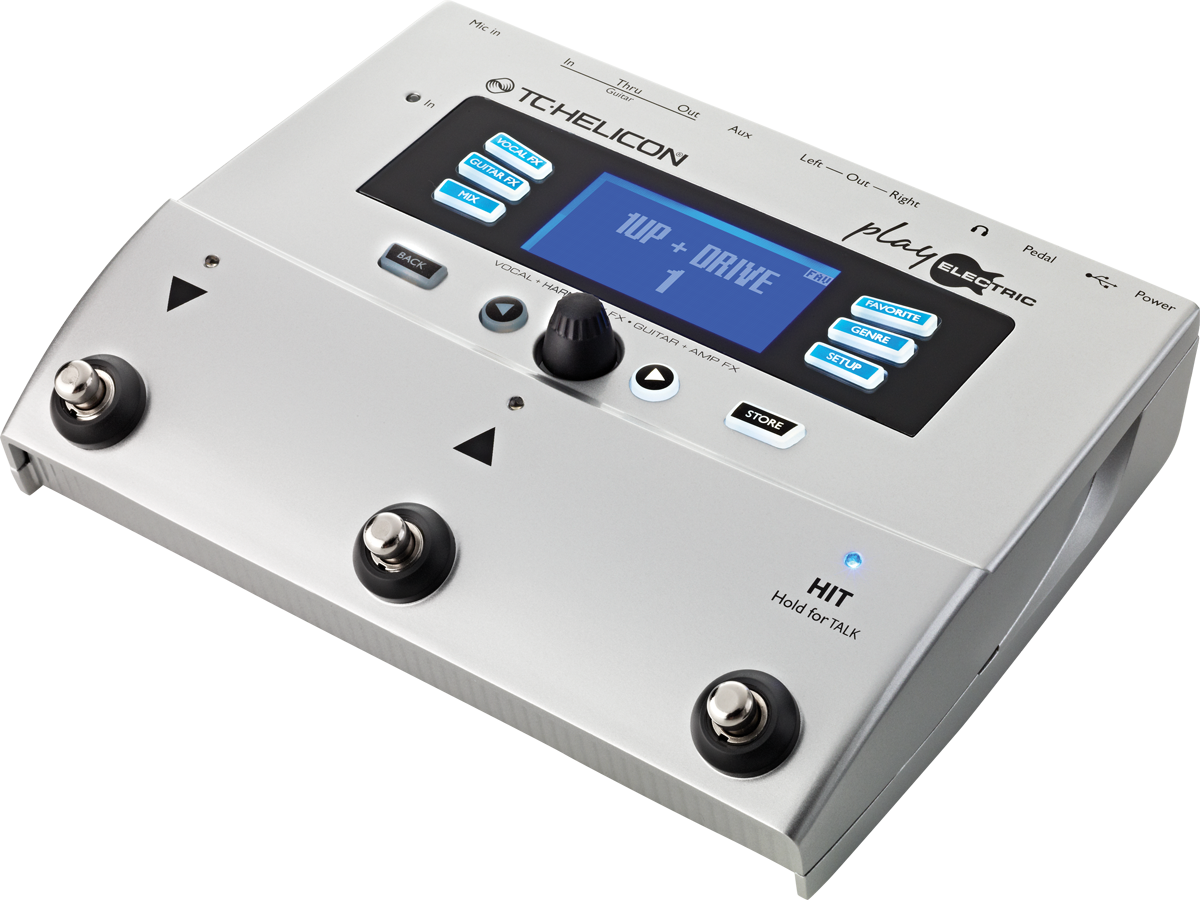 On the surface, this swish-looking silver floor unit, with three stomp switches, appears to be a bit of a niche market product: a combined guitar and vocal processor aimed at the solo performer who wants to create a big stage presence for even the smallest of venues.

It’s an intriguing proposition, however: armed with onboard amp and stompbox modelling, vocal reverbs, delays and auto-tune, and featuring an auxiliary input for backing tracks, it’s potentially the only device you need – apart from a set of powered monitors, a guitar, a mic and a stand.

One of its major selling points is that it can create harmony vocals guided by the guitar chords of the song you’re playing. The unit’s been very carefully thought out, so there’s a lot of flexibility.

You can output everything in mono (to a practice amp for example), as a stereo mix to a PA or recorder, or separate out the guitar signal to mix independently or to send to a monitor amp. You can switch off the internal amp module and incorporate your own amp if you wish. As a result, it’s a potentially useful tool for singer-songwriters or home recordists looking for a quick way to produce polished demos, and you can record directly to your computer using the USB connection. Vocals recorded on a DAW can be sent to the Play 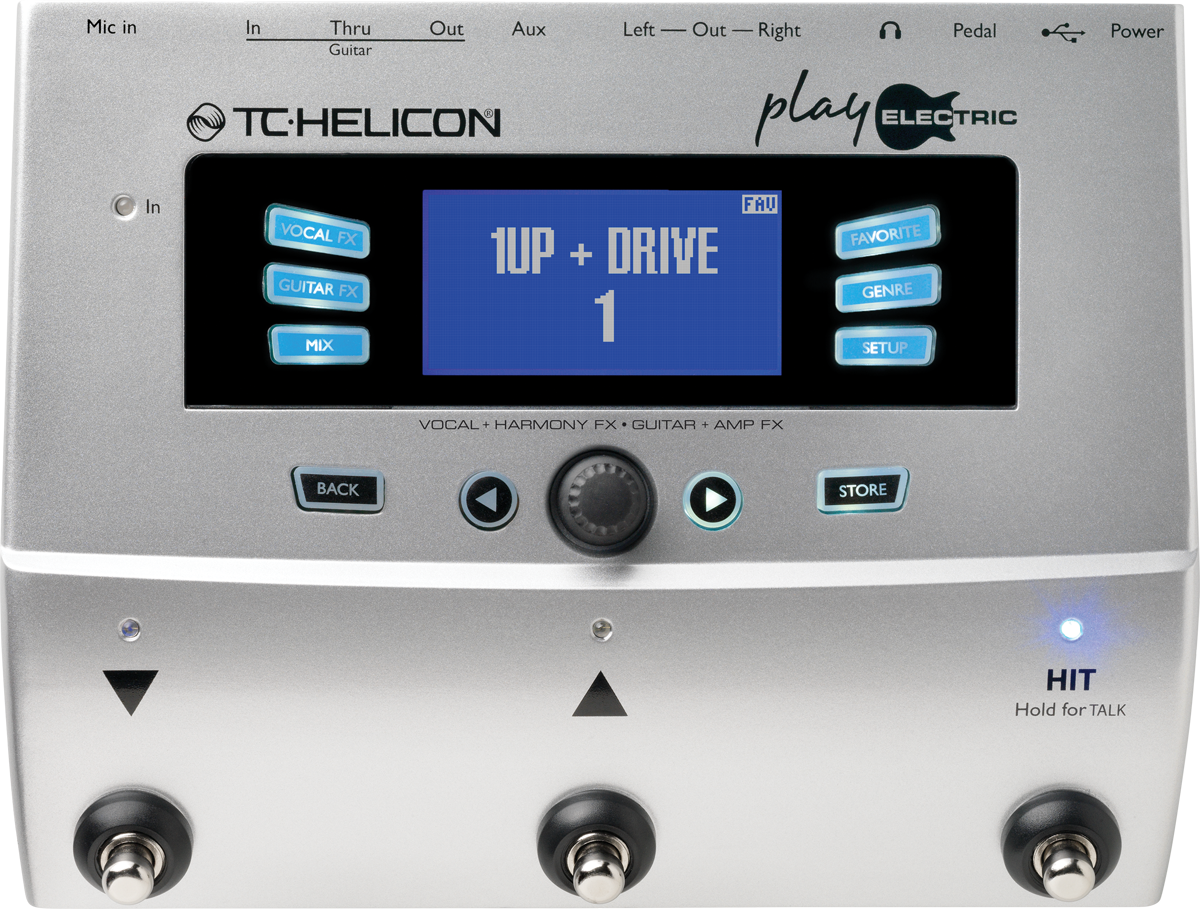 Electric via USB for processing in a live situation. The USB connection also facilitates connection to the VoiceSupport app, which enables you to access additional preset downloads and complete firmware updates.

The Play Electric is also being targeted at vocalists who want backing vocals their band-mates can’t deliver. There are special features for this mode of operation: the unit has a pair of built-in room mics, which can ‘sense’ the key the band’s playing in, so you don’t have to play yourself to get the benefit of the intelligent harmony effect. In general use, these mics can also capture the atmosphere of the venue and relay it to your in-ear monitors – and there’s a footswitch that puts the mic into talk mode so you can communicate with your audience.

The Play Electric’s controls are laid out sensibly. Turning the unit on automatically loads a preset bank with 177 options (plus one blank preset), through which you can explore the unit’s potential before you start adapting it for your own needs. The two soft buttons to the left of the top panel are labeled clearly Vocal FX and Guitar FX.

Pressing either automatically takes you into the relevant operational section. The Mix button gives you control of all the relevant individual output levels: Harmony, Main Output, Delays/Reverbs, Headphones, Room Sensing, Auxiliary Out and USB Input. The left and right arrow keys let you navigate through the different effect options and the other soft buttons function as parameter selectors.

The rotary adjusts levels and turns things on and off. There are seven pages of vocal effects: harmony, doubling, delay, reverb, auto tune, transducer effects (these make you sound as if you’re singing through an old radio or megaphone) and a modulation page for phasers and flangers.

There are five pages for guitars: amp models, compressors, modulation effects (chorus, tremolo, detune, etc), delay and reverb. The unit also features a stereo performance looper that can record guitar, vocals or a mix of both, and there’s a built-in tuner, too.

All the unit’s connections are located on its back panel. The Mic input is an XLR and the mic pre has a physical gain control on the left side of the unit. There’s phantom power, too, so you can use dynamic or condenser mics. The main Outs are also XLR, with 1/4-inch jacks for guitar.

As well as In and Out, there is a Guitar Thru socket – this is were you connect to a separate amp. The internal guitar sounds are muted when this socket is in use. You connect here, rather than going straight to the amp, if you want the Play Electric to read chord data. The auxiliary and headphone sockets take 1/8-inch jacks, and there’s a pedal socket where you can attach a TC Switch 3.

The extra buttons automatically map to the looper controls: Rec, Play, Overdub; Stop/Erase and Undo/Redo – functions which, otherwise, you access on the main unit, using various combinations of press and hold. You can also map these buttons to other functions.

Alternatives
While the Play Electric is a very complete solution for guitar and voice performance, there are a number of competing products. The Digitech Vocalist Live FX (£135) is another harmony and multi-effects processor. There’s an auxiliary input with a gain control for guitar or other instrument/source. For another source of harmony and vocal effects, consider the Boss VE-20 Vocal Performer (£205).

This also has an onboard looper – but no aux input. Finally, how about the Line 6 POD HD500X (£369)? This is basically a guitar multi-effects unit, but it also has a mic input and preamp.

In Use
The sound of the Play Electric is quite a surprise, and the unit starts to deliver as soon as you plug in a guitar and a mic; the presets have already done a lot of the work for you. At the heart of the unit, you find a range of TC’s TonePrint effects. These are the company’s most recent algorithms, and they appear on a wide range of products – so you’re not just getting a budget custom set designed for this particular device.

The presets are a varied bunch; even the basic clean guitar patches seem to feature an over-abundance of chorus or echo effects, and there are way too many anthemic rock monster options. Many of the presets are named loosely to indicate tracks you might want to play with them.

But tread carefully – unless you take requests and are willing to perform Sultans Of Swing, Enter Sandman or Where The Streets Have No Name! To get to the core sound of the unit, you will need to start turning things off and begin editing straight away. There are 20 amp models to chose from and a further five distortion and acoustic settings.

The amps cover all the usual suspects remarkably well, delivering both clean and dirty sounds. Bypassing, adding and editing effects is easy because the relatively restrained feature set covers all the bases without encouraging you to get lost in pages of options.

Even if you don’t consider yourself to be a singer, the Play Electric is a lot of fun. It’s also clear that what you’re able to put in will pay dividends – so a good vocalist will sound awesome.

The unit can produce single or dual harmonies and there are 28 permutations. Each is represented by a slightly comedic graphic, so you can – for example – select the skinny woman with a crucifix, the chubby guy with a goatee or the well-built diva. I particularly like the doubling effect, as this thickens the voice, giving it a real sense of presence – and there are 10 different presets to choose from.

However, the Robot, Drone and Gender Bender(!) presets are simply insane. And for the most part, the vocal transducer presets can be consigned to the same asylum. For me, the auto tune makes a lot of difference. Add some reverb and a well-chosen delay and you’ll command the stage with authority. Again, there are seven presets that deliver more or less natural interventions.

To get the best out of the harmony vocal effects, you need to know when less is more. Used sparingly, the results can be very effective. The way the unit senses key is very clever; at times, you feel like looking round to see who’s standing behind you singing.

To use the looper effectively, the TC Switch-3 is a necessity. Without it, you access loop mode and the various functions by reassigning the bank up and down switches, but this reduces flexibility elsewhere.

As with most performance-oriented loopers, you can’t save loops, as there are no memory locations to create an archive. However, you can play lead over a rhythm loop or layer vocals with ease. Importantly, there’s an undo/redo function to save your bacon! 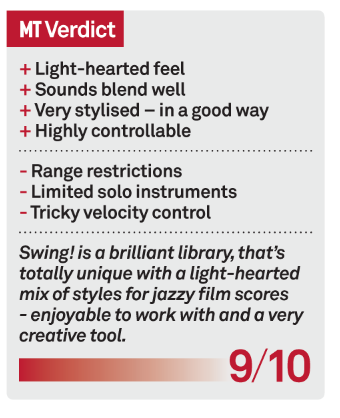