With a weighty low-end response, clean and clear midrange, high SPL capability and low noise, there’s not much to fault with the WA-47F. 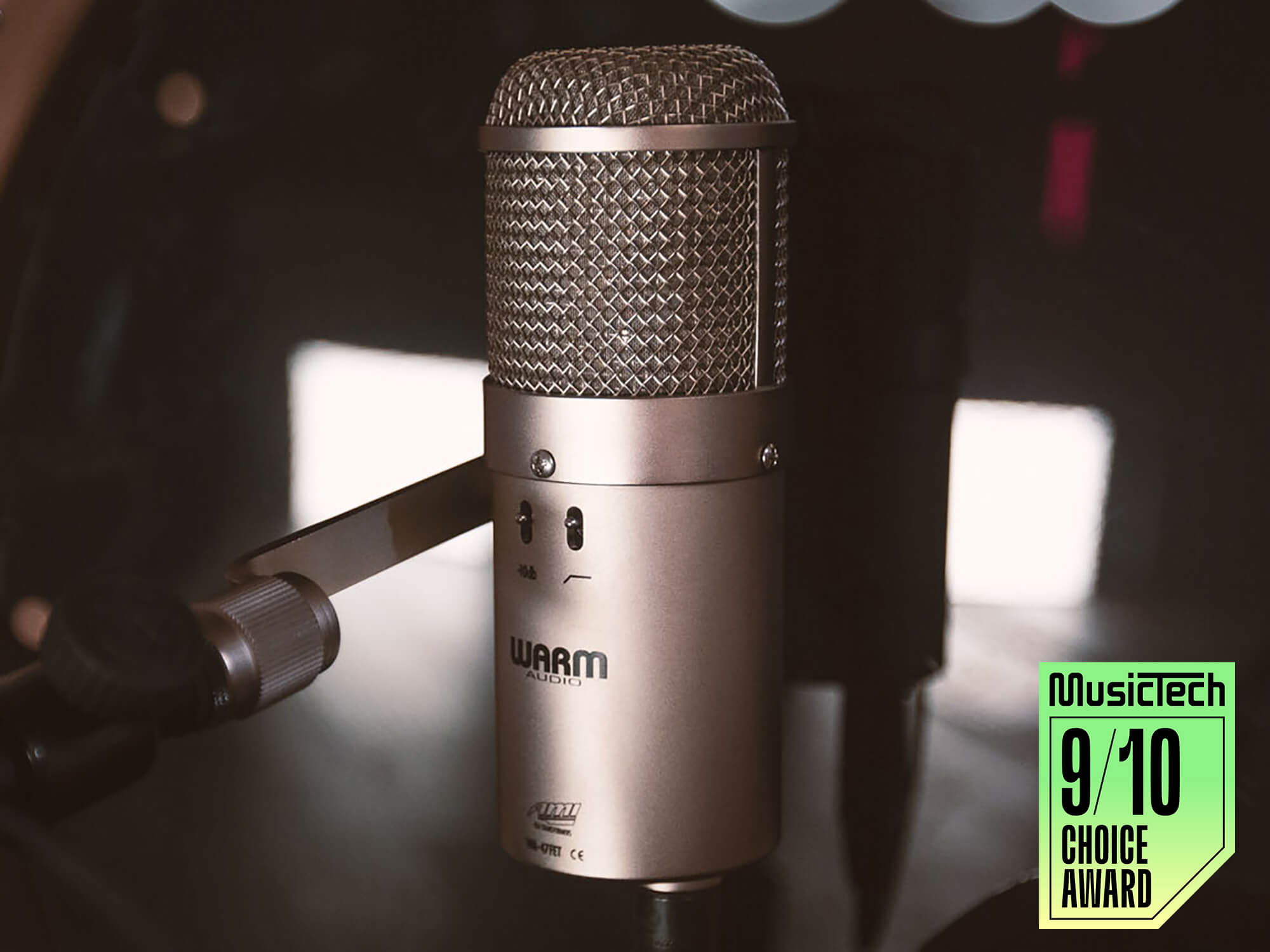 With its ever-expanding portfolio of vintage gear copies, which includes the legendary tube-powered ’47 mic, it was inevitable that Texas-based Warm Audio would one day tackle the FET version of Neumann’s most iconic product. And here it is.

The WA-47F is a large-diaphragm FET (field-effect transistor) condenser microphone equipped with Fairchild transistors and capable of handling high SPLs. Unlike its valve-driven stablemate, the solid-state 47F is the kind of rugged all-rounder you can place in front of a thunderous bass rig or near the front head of a kick drum, which is exactly what many engineers do.

Thermionic power aside, the 47F has several components in common with Warm Audio’s more expensive WA-47, including Wima and polystyrene capacitors and a custom-wound TAB-Funkenwerk (AMI) USA output transformer.

Both mics feature a gold-sputtered K 47-style capsule but the multi-pattern tube WA-47 makes use of a dual-diaphragm, dual-backplate capsule, while the cardioid 47F requires only the single diaphragm and backplate version of the classic K 47 design.

All these classy internal components are housed in a resilient nickel-plated brass body, which has a swivel hard-mount attached to the side; this style of mic does not come with a shock-mount basket. You get a decent wooden case for storage too. 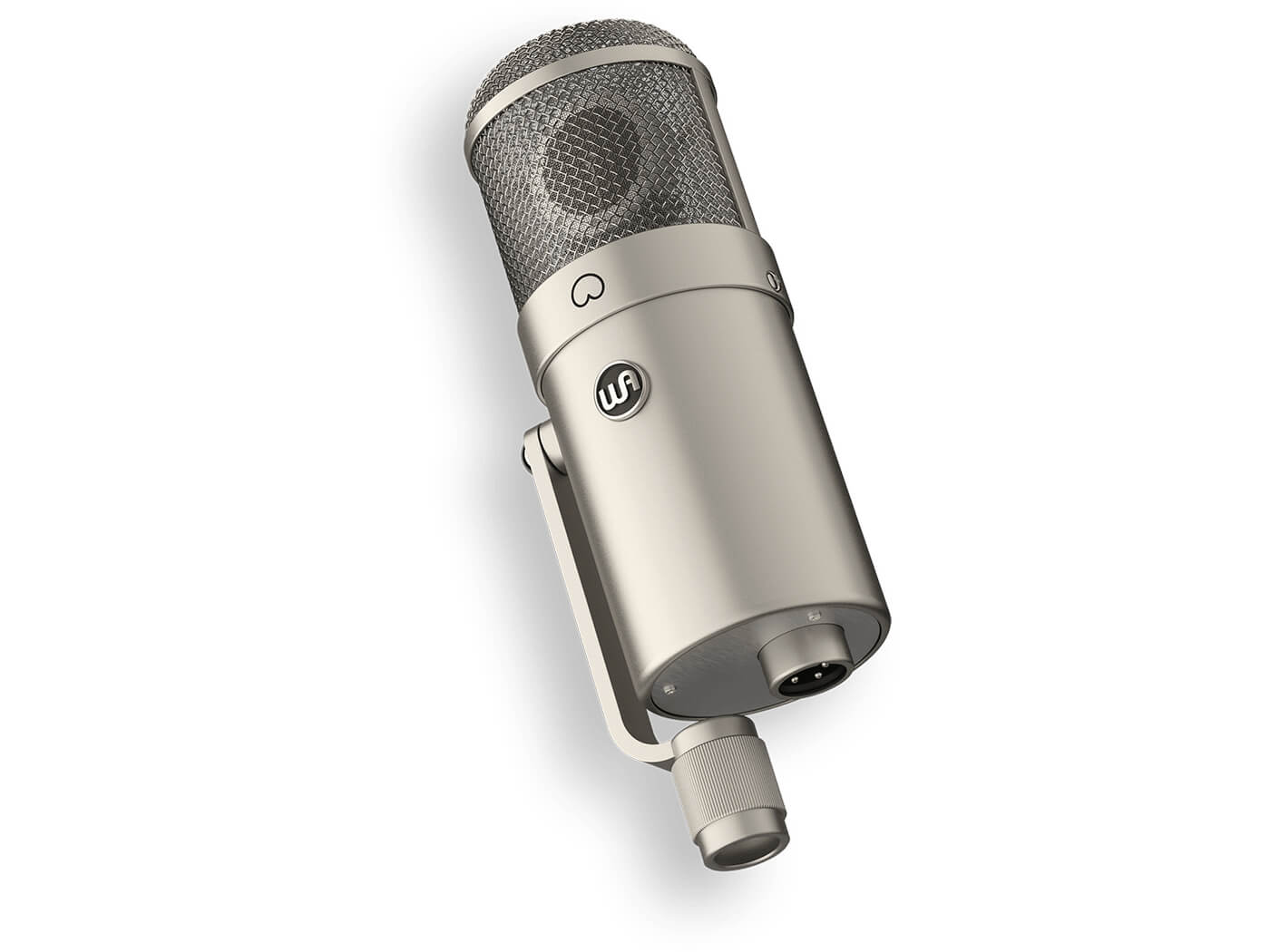 While there’s no way to change the polar pattern from its fixed cardioid response – as per the original FET 47 design – there is an onboard high-pass-filter operational at 140Hz, as well as a 10dB pad, handy for when you need extra headroom.

Neumann’s first U 47s appeared in 1949 equipped with an M7 capsule, later replaced by the K 47 capsule in 1958. Production of the original tube-based design ceased in 1965 and, four years later, the FET 47 appeared, created to cater for an emerging rock scene generating increasing volume levels with powerful electric guitar amplifiers and screaming vocal histrionics.

At Invada Studios, we’re lucky enough to have a 1971 vintage Neumann U 47 FET, so apart from evaluating the Warm Audio mic on its own terms, we can conduct a side-by-side comparison to hear how close to the original model Warm founder Bryce Young and his design team have got.

Before the audio tests begin, we can see that the two mics are all but identical visually. The biggest difference is perhaps the colour of the casework, with Neumann veering towards a matte gun-metal grey and Warm Audio opting for a brighter silver finish.

Listening to acoustic guitar takes recorded with each mic reveals that Warm Audio has indeed nailed the broad U 47 FET character. The dark yet warm sound of our cherished Neumann is immediately apparent with the WA-47F, though the new mic is ever so slightly more brightly lit in the treble region. Of course, there’s more than 50 years between the two and, while our vintage mic is regularly serviced, the key components will have aged, altering its sound.

While the 47F’s top-end is a little more prominent than the Neumann’s, it’s in no way a bright-sounding mic. The high-frequency response is clean, with no scratchiness or other nasties, which is typical for a ’47-style mic. But it isn’t notably sweet or delicate either. The good thing about this type of tonal balance is that it responds well to super-top-end boosts that adds air and sparkle to what the 47F already does best in terms of warmth and clarity.

This is noticeable with the aforementioned acoustic guitar, which opens out beautifully with a dash of 16kHz boost from our EQP-1a copy, allowing the clarity of the broad midrange to shine.

Where the 47F is really in its element, however, is when capturing midrange-prominent sources that don’t contain or require ultra-high-frequency extension. Electric guitar amplifiers are a fine match for the 47F, especially when something more spectacular than the Shure SM57 is required.

Placing the mic in front of our Vox AC15 amp, the 47F accurately reproduces the chime of its Celestion Blue alnico speaker, whereas a more scooped-sounding mic might prompt the use of an EQ boost. The 140Hz high-pass filter comes into play here, helping to bracket the guitar tone and not clutter the mix with spurious noise at frequency extremes.

You needn’t worry about damaging this mic when placing it close to loud sources though, as it can handle deafening SPLs of up to 137dB, or 147dB with the pad engaged. 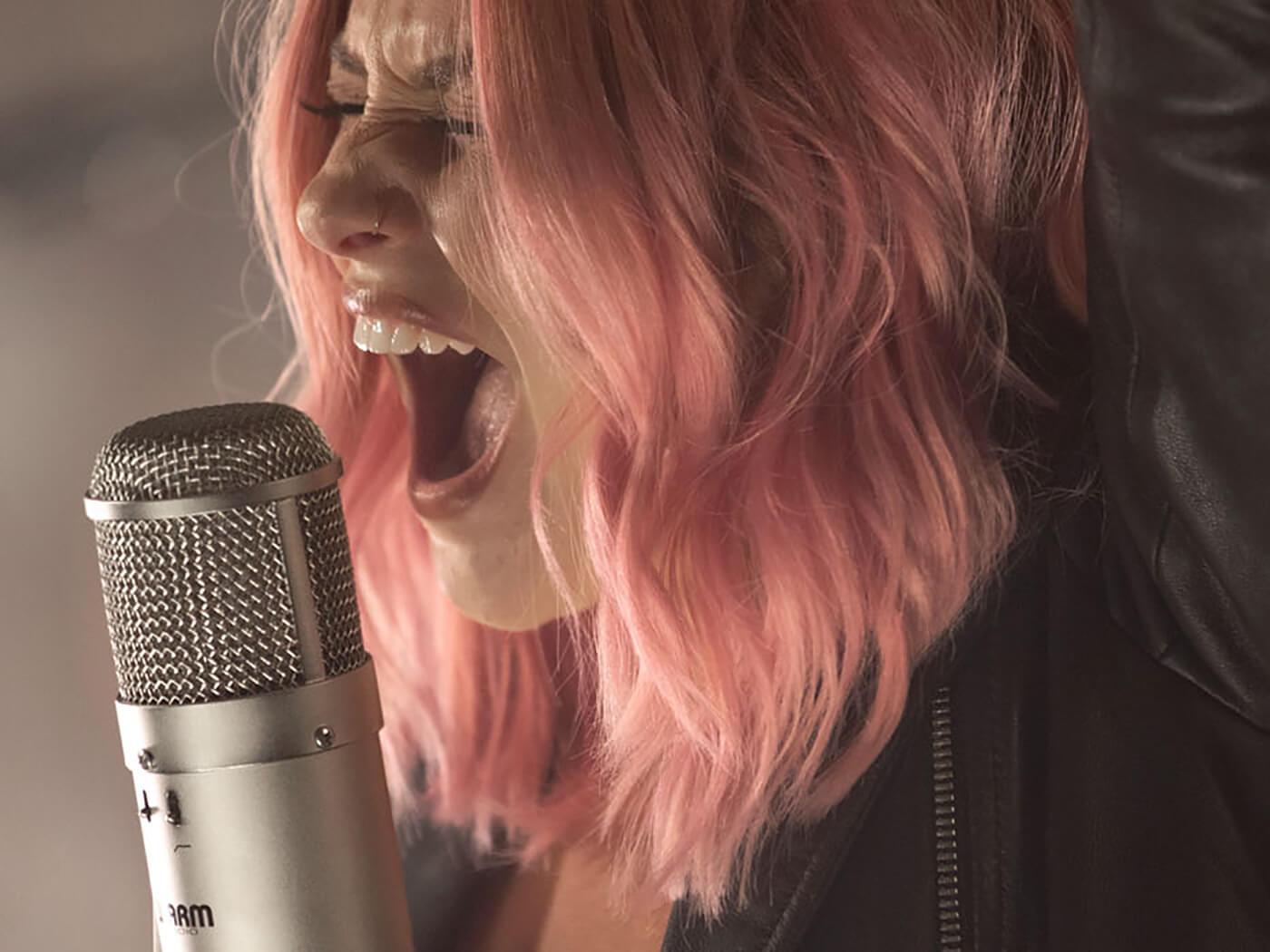 The 47F’s open and vivid midrange performance is matched by its superb bass response, making it a natural choice for mic’ing bass cabs. Positioning the mic about four feet in front of our Fender Bassman 100, we engage the 10dB pad to allow for greater gain control from our preamp. You certainly don’t get shortchanged in the low-end with the 47F or, for that matter, the classic U 47, which is why it’s our go-to bass mic.

FET 47 mics are well suited to kick drums, typically used in conjunction with a dynamic mic either inside the drum or close to the beater head to capture its attack. It’s a technique popularised by Butch Vig on Nirvana’s 1991 album Nevermind, on which the producer employed an upfront, punchy kick sound. Many engineers use a dedicated kick drum mic such as the AKG D112 for close mic’ing here. Here, we test the 47F alongside an SM57 to capture the beater click and get a fleshed-out sound with lots of low-end weight. Perfect.

Vocalists will be well served by the 47F too, especially those with powerful dynamic voices – the type of singer you don’t want to put in front of one of your fragile ribbon mics, for example. More genteel vocalists might be better paired with a condenser with a more delicately detailed sound, such as the valve version of this mic or the superb WA-87 R2, but the 47F is arguably the best all-rounder of the bunch.

At a fraction of the price of Neumann’s own U 47 FET brand-new or vintage, Warm Audio’s WA-47F is another affordable classic for those who prefer excellent value for money over paying top dollar for original branded models.