Bringing the past back to life is a bit of a theme for us of late, and Warm’s latest microphones hark back to two much-loved studio icons. 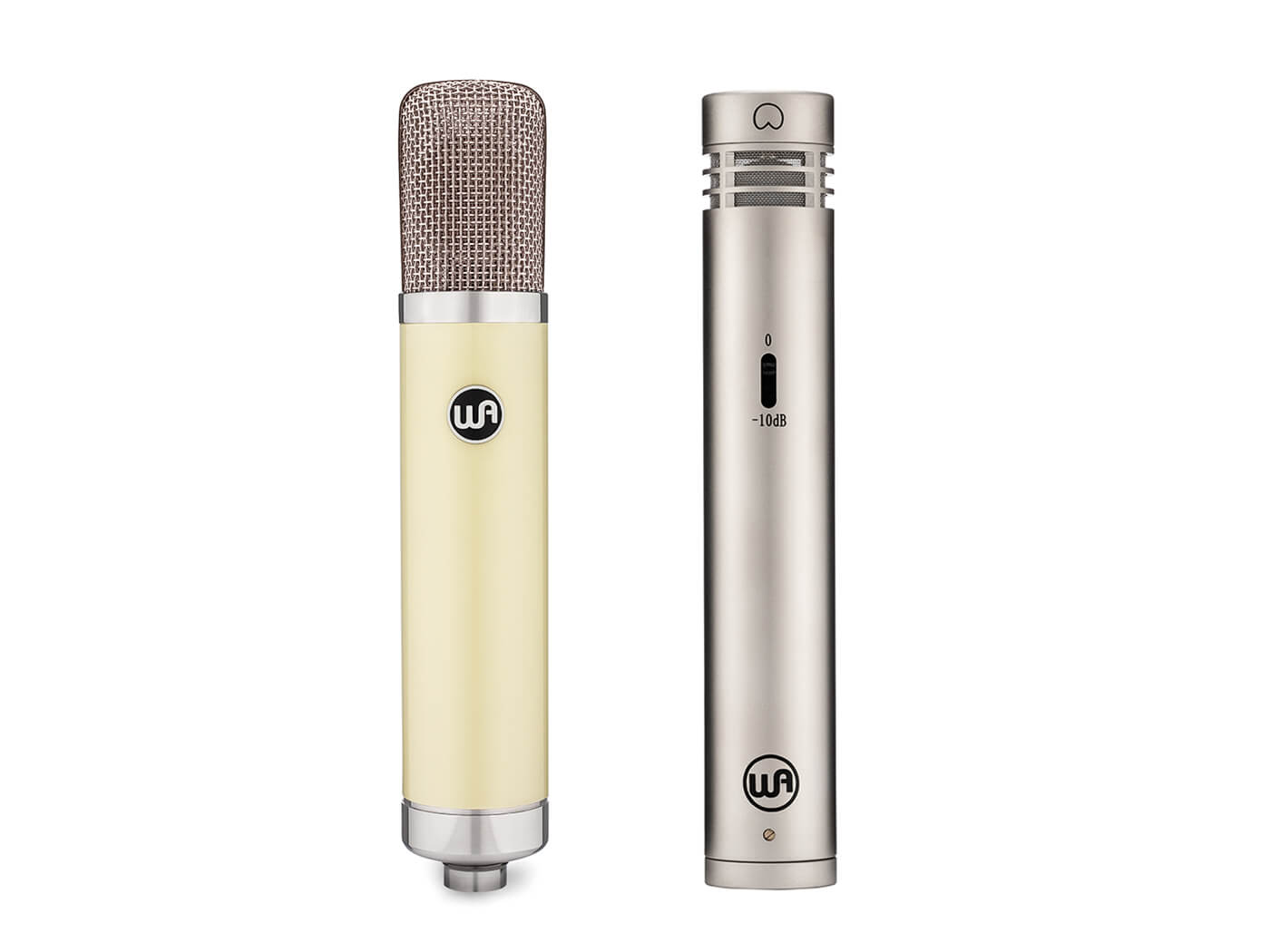 Last year, my MusicTech colleague Mike Hillier reviewed Warm Audio’s WA-47 and WA-47jr microphones, both based upon the legendary Neumann U 47. To say he was impressed with them – especially the top model – would be something of an understatement; he awarded them a coveted 10/10 MusicTech Excellence Award. Now I have the pleasure of testing WA’s new WA-84, Warm Audio’s take on the Neumann KM 84, alongside the WA-251, which is based upon the Telefunken ELA M 251E.

Addressing the latter first, the original ELA M 251E is one of the most revered valve microphones of all, and prices for original examples often outstrip those for original Neumann U 47s. Unlike the U 47, which has been imitated and cloned numerous times, faithful reproductions of the 251 have been thin on the ground. Golden Age Premier recently launched its GA-251, which now faces stiff competition from the WA-251, which at £849, undercuts the GAP model by several hundred pounds. 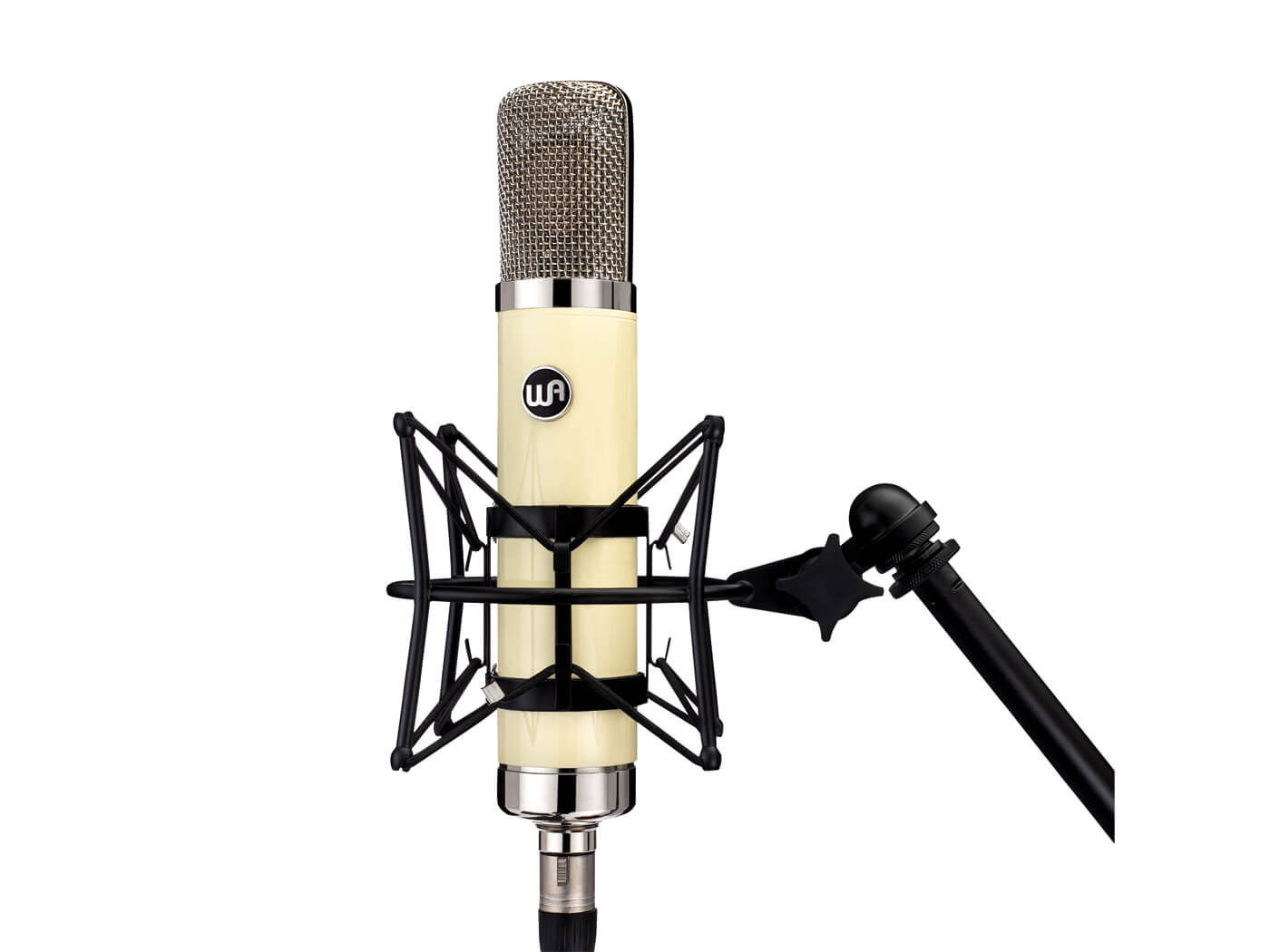 Visually, these two new 251s are quite similar, with both bodies finished in a lovely cream/yellow colour that adds to the vintage look. While GAP’s 251 offers cardioid and omni-directional polar patterns, the WA-251 on test here adds a third option – figure 8. These polar patterns are selected via a chunky retro-looking switch on the power-supply unit. The bespoke WA-12-B-60V capsule is made of brass and aims to emulate all the classic characteristics of the CK12 capsule used in vintage models. Indeed, the capsule uses a variant CEK-12 back plate as a basis and the diaphragm is a 24k gold-sputtered film made from Mylar, a material that can be likened to an ultra-thin yet super-strong piece of cling film.

The WA-251’s transformer comes from respected American transformer manufacturer CineMag, while the valve (or tube if you prefer) is a Slovak Republic JJ 12Y7. The 7-pin cable that connects the microphone to its power supply is a high-quality boutique item bought in from Gotham Audio in Switzerland.

Turning my attention to the WA-84, this is, as stated above, a version of the classic KM 84, arguably the best-loved small-diaphragm condenser-mic design of all time. These days, many small-diaphragm condenser mics make use of transformer-less technology, however Warm has not cut corners with the WA-84, incorporating a CineMag USA transformer. An Australian manufacturer supplies the capsule, while the circuit is fully discrete, employing Class A technology and utilising a Fairchild FET along with the transformer; Wilma polystyrene and tantalum through-hole capacitors are used throughout.

Our review sample arrived as a single unit; however, Warm has stated that the WA-84 is also offered as a matched pair with a saving of £49, compared to buying two individually. Available in nickel or black, the mic comes with its own dedicated shockmount, pop shield and standard mic clip, housed in a sturdy carrying case. 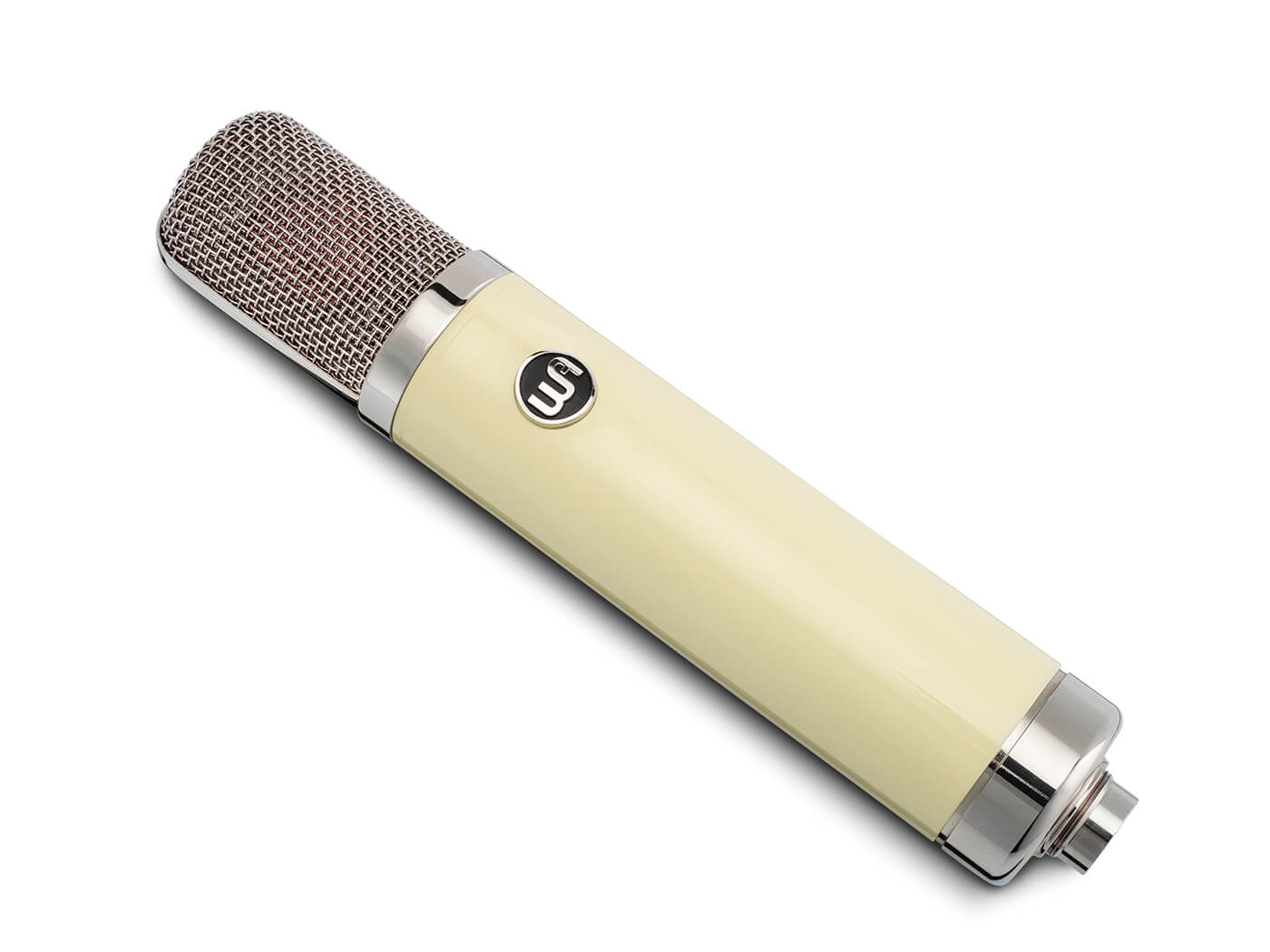 As I am lucky enough to have access to a genuine Neumann KM 84 at our review studio, it seemed logical to begin by making a side-by-side comparison of the new WA-84 and our own original ’84. I should point out that I have several small-diaphragm condensers at my disposal, yet unless I need a matched stereo pair, the KM 84 is my go-to mic for single-channel recording; it repeatedly outclasses the competition.

Setting up the mics in close proximity, each amplified by one channel of our Thermionic Culture Earlybird mic preamplifier, I sent each channel to its own track. Before I even hit the record button, it was immediately obvious that the two mics were extremely similar, as identical gain settings on the preamp produced exactly the same level into our recorder.

Upon replay, I found it impossible to notice any sonic dissimilarity between them. Later that day, I played back the acoustic-guitar recordings to both the studio manager and his young assistant. None of us could hear any meaningful difference in either tone or dynamic response. It wasn’t long before the studio manager suggested selling the Neumann to finance the purchase of a pair of WA-84s.

Taken on its own merits, the ’84 produces an extremely clear top end, capturing transients crisply without sounding overly bright or brittle. This smoothness is evident throughout the midrange and into the lower registers, though I wouldn’t be tempted to use it on a bass amp. It’s a great choice for a multitude of percussive instruments though, ranging from tuned percussion to snare and tom mic’ing. A stereo pair as overheads on a multi-mic’d kit or ambient room mics would be ideal.

Moving on to the WA-251, while I don’t have an original Telefunken for direct comparison, the previously reviewed Golden Age Premier GA-251 was on hand for a 251 shootout. I particularly like the GA-251’s accurate yet open nature and repeating the dual acoustic-guitar mic’ing comparison reveals the two mics to have a similar, though not identical character. 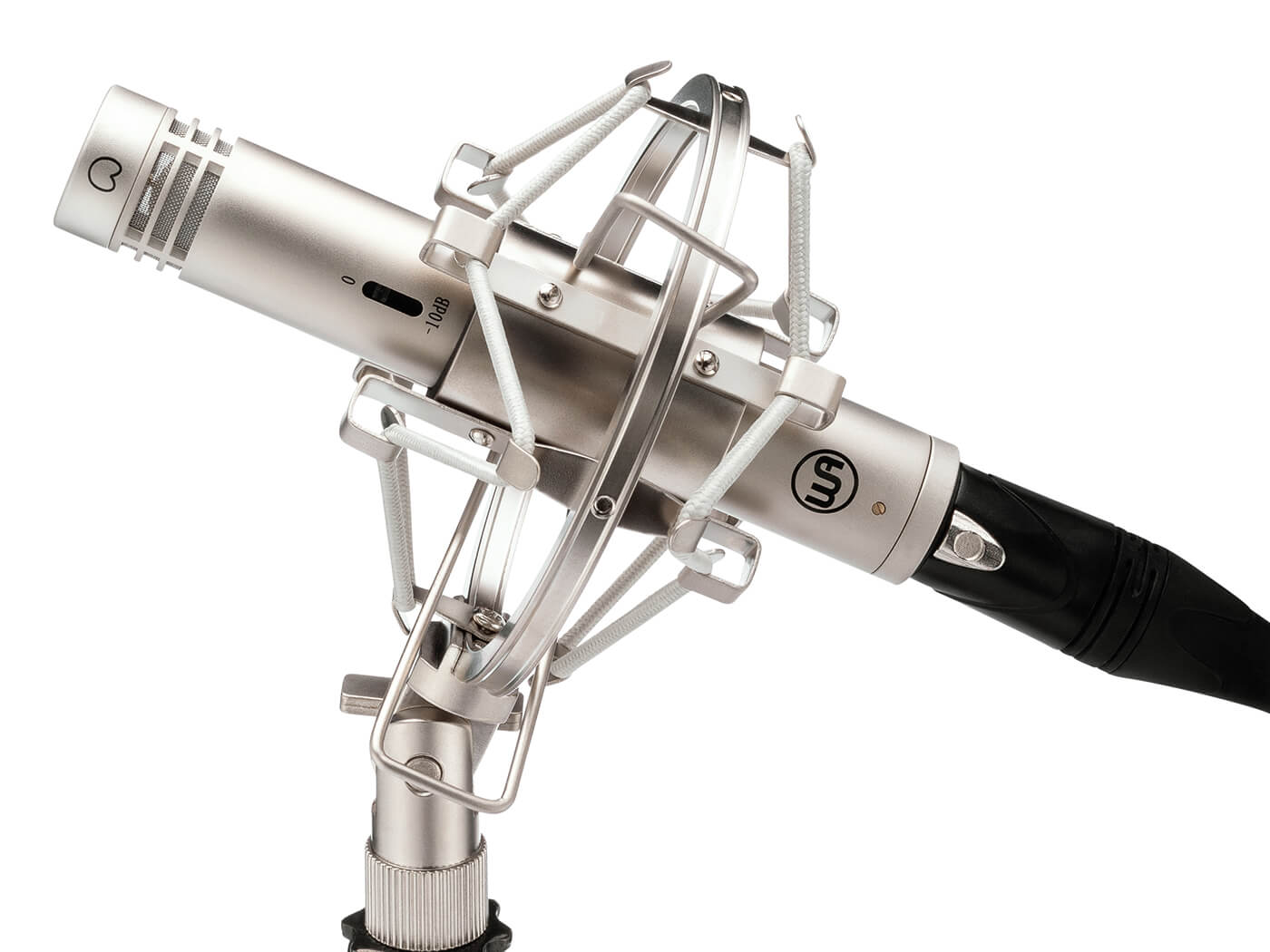 My initial observation, using each mic with a cardioid polar pattern, is the WA-251 on test here has a more tightly focused pick-up range with greater rejection of off-axis sound; the GAP mic captures more ambient room sound. The Warm mic is ever so slightly brighter in the treble, while the GAP is a little warmer in the lower midrange. Both mics exhibit an expansive character with plenty of detail, clarity and body and both perform superbly on vocals and all manner of instruments.

Shortly after the two new Warm mics arrived, I was able to use them along with the GA-251 in my preferred version of the Glyn Johns drum mic’ing method explored more thoroughly in our classic sounds feature. Using the 251s as the main stereo kit pair and our Neumann U 47 FET on the kick drum, I added the WA-84 underneath the snare drum. Although the classic Glyn Johns method utilises a stereo pair and kick-drum mic only, I find the added top-end snap from a bottom snare mic useful on occasion, so I’ll usually put up our KM84 as an optional extra in the final mix. 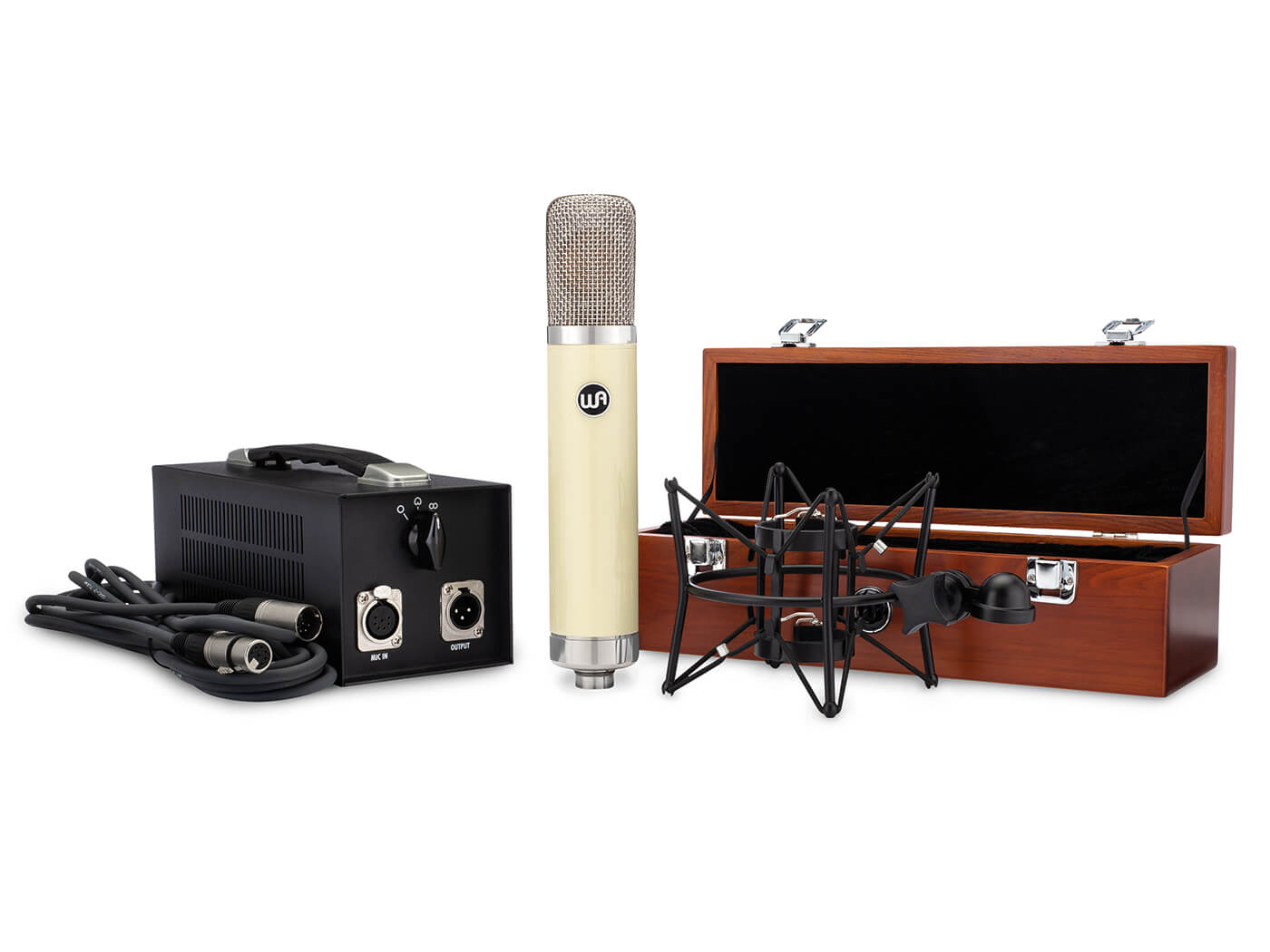 In this application, the two 251 mics expressed more of their similarities than differences; either mic would likely please anyone looking for a lovely large-diaphragm condenser mic, especially one based upon the classic Telefunken.

Both of these new Warm Audio microphones perform exceptionally and offer superb value for money. They provide genuine vintage character without the vintage-market price tag.

A good-quality condenser microphone is an essential element of any recording setup unless, of course, you only ever produce electronica within your DAW. The WA-251 is high quality, versatile mic, perfect for vocals and a wide range of instruments. It’s also an affordable version of a highly coveted classic valve mic – the Telefunken ELA M 251E – original examples of which are now extremely expensive.

The small-diaphragm WA-84 is arguably a less essential item, however it’s such a close copy of the original Neumann KM 84, in terms of its performance, the asking price makes it a bargain; it offers excellent bang-for-buck. Warm Audio continues to offer superb, competitively priced examples of vintage kit and the two microphones on test here are a most welcome addition to the company’s range.

While this is an even more authentic replica of the original Telefunken design and specification, it is far more expensive than Warm Audio’s superb-sounding version. GAP’s beautiful replica also comes with the added luxury of a vintage tweed-style carrying case. 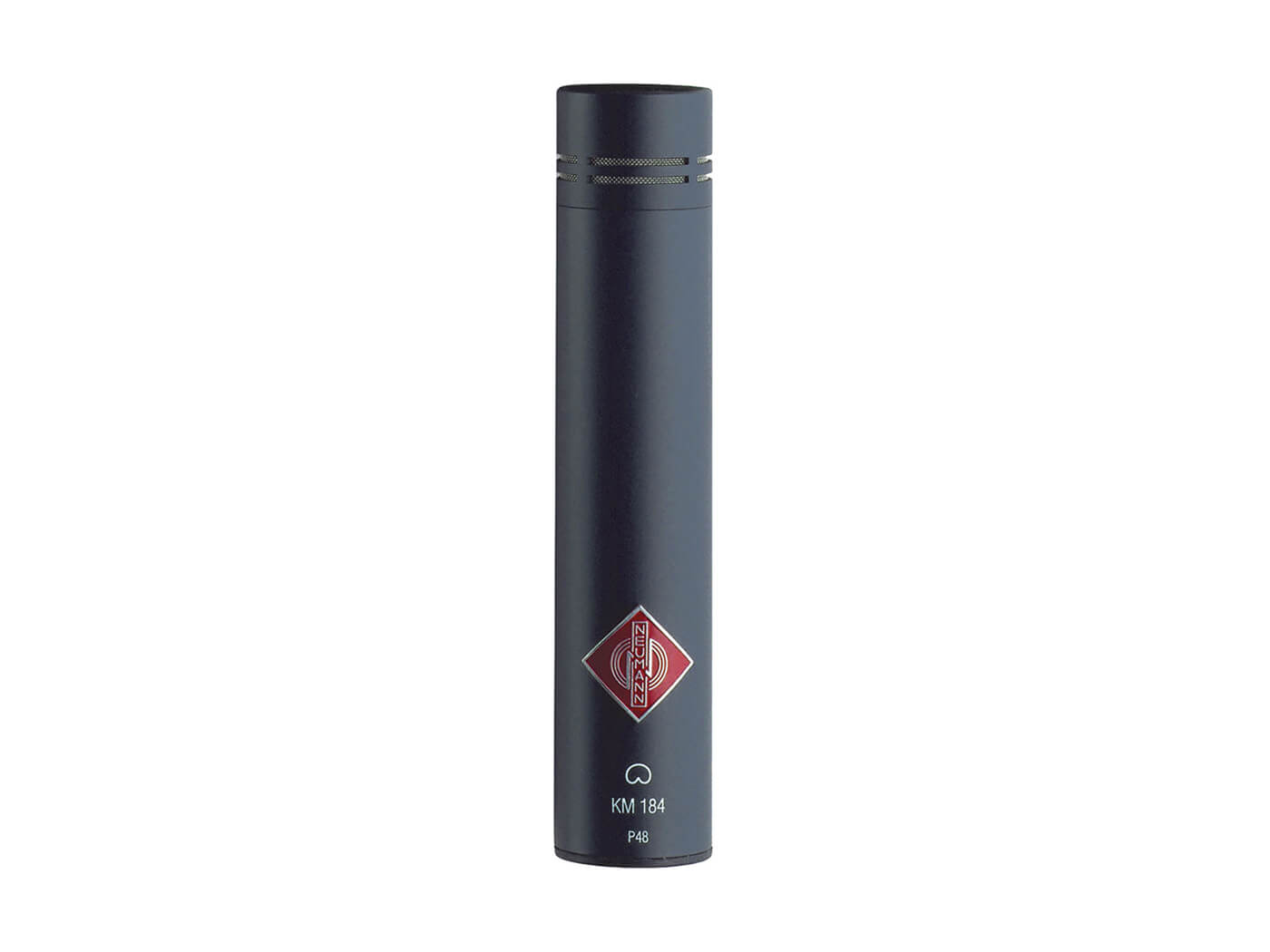 The Neumann KM 184 is a popular small-diaphragm condenser mic, which could be seen as a low-cost descendent of its classic KM 84. As a transformer-less design however, it is less faithful to the original KM 84 specifications than Warm Audio’s wonderful CineMag transformer-equipped WA-84.