With a decent spec, low noise and a good software bundle, Tascam’s new Series of interfaces delivers a lot for the money. So should you splash the cash? 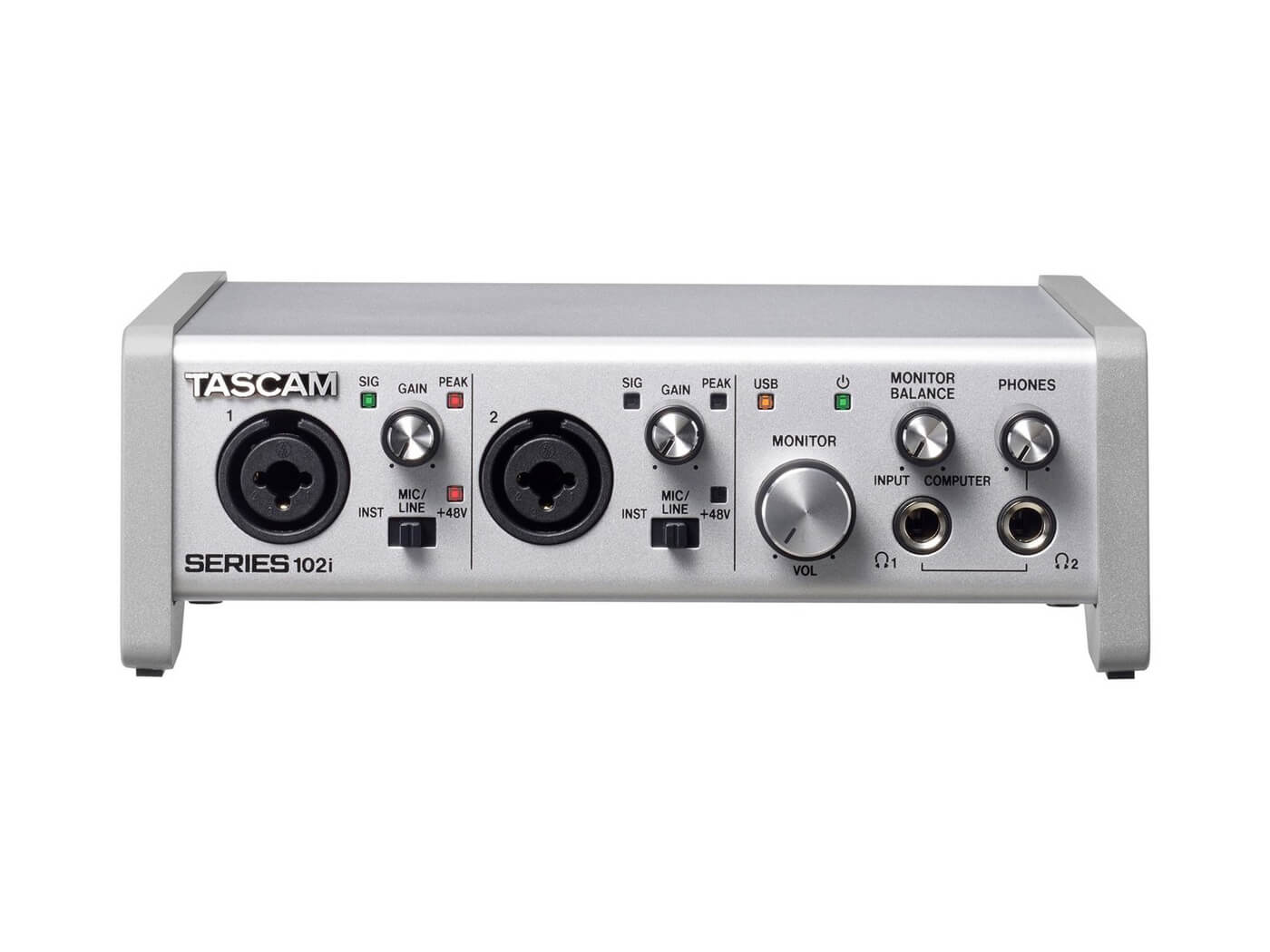 There are so many companies vying for your cash for interfaces at this price point, what you’re looking for are decent specs, low noise, a good build and a decent software bundle. On the face of it, the 102i from Tascam delivers these. It’s part of the new Series range which also comprises the bigger 208i which has a lot more I/O – more on that below.

What you get with the 102i are 10 inputs with two by way of the front-panel combi mic/line/instrument ins – each with a physical selection switch between input types and +48V for using a condenser – plus separate Gain dials. The other inputs come by way of the back-panel S/MUX input which adds eight channels of digital audio at up to 192kHz. There’s a further Monitor Balance dial (for adjustment between computer and input signals) a single Phones level dial for two headphone outs, MIDI I/O around the back and two line outputs for monitors.

The Series 102i feels solid and rugged. The all-metal enclosure and side panels give the impression that it can be taken out and about, although it is not buss powered, so not as good as Tascam’s own US-2×2 and iXR in the portability stakes.

You’ll need to download the installer software which I couldn’t find at the main Teac site, as suggested by the manual, but is available at Tascam.com, together with the latest firmware, which I upgraded.

The installer software includes mixer and routing software which looks a little dated, but does include a well-featured virtual mixer for the 102i. On this, you get an EQ and compressor per channel, plus a reverb with five settings: Hall, Room, Live, Studio and Plate. The EQ is pretty comprehensive, with four bands and Q controls per band plus an LCF switch to quickly remove low frequencies on the input. The compressor controls are basic, but function well and are more for allowing you to nicely even up levels on the input rather than add too much bite. The reverb is good, although I did have trouble actually setting it up; just make sure you have the relevant Aux1 and the Aux1 Master dials up – it will help!

The interface is pretty quiet, it must be said; I only got noticeable noise cranking up the input beyond around 80% and with the high EQ kicked in at maximum. Otherwise, it has a very smooth playback, comparable to the Focusrite Scarlett 8i6 I also had in for review. Low latency, too – I wasn’t getting anything too discernible.

Throw in the Steinberg and IK bundled software and this is a very decent hardware/software bundle. You get low-noise interfacing and good-quality playback, all from a rugged piece of hardware and nice mixing options with good software effects. 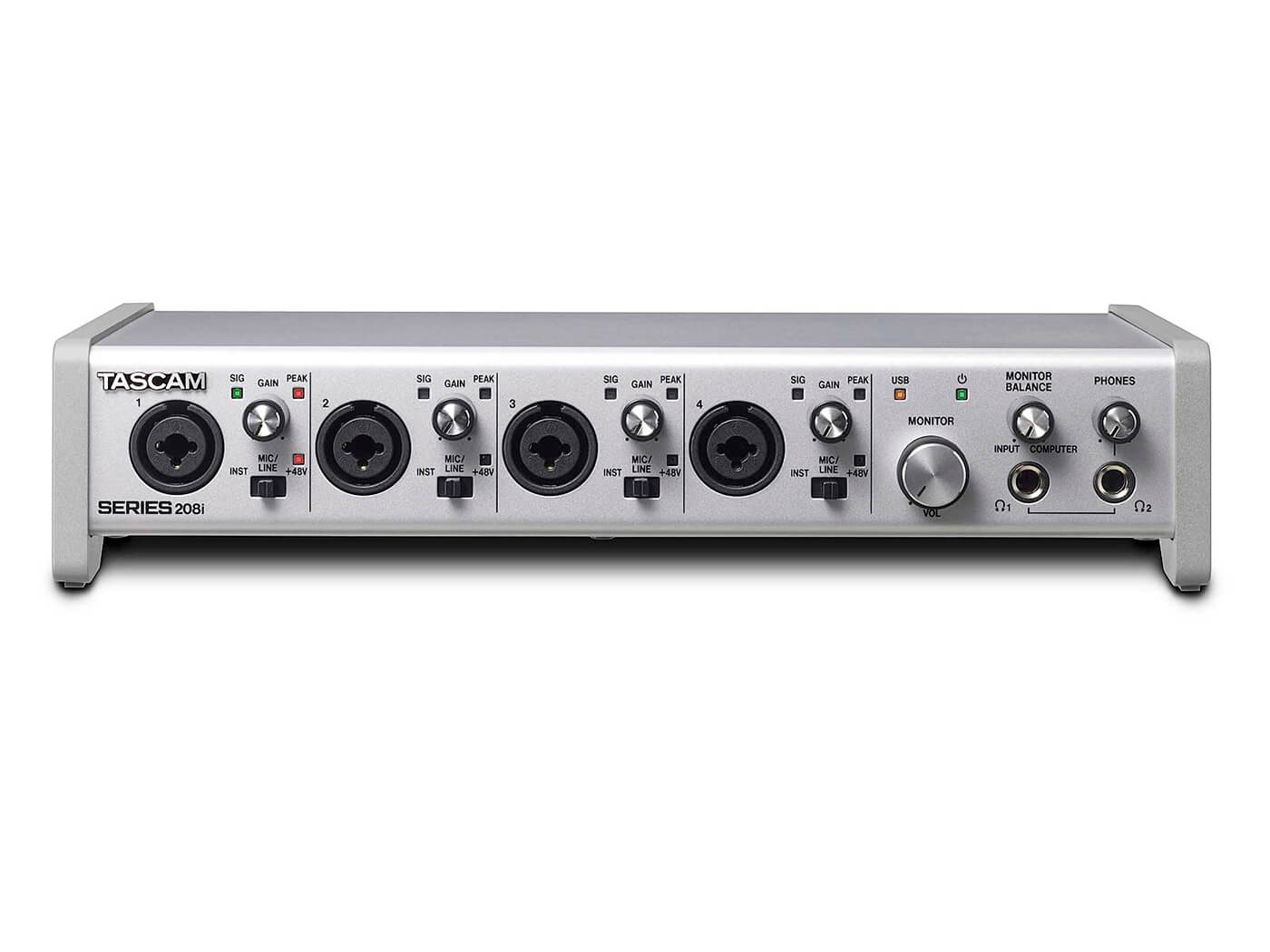 Streeting at around 100 quid more, Tascam’s own 208i offers quite a bit more connectivity,
so is well worth the extra outlay. You get four combi ins and six extra line outs – plus the same digital I/O – that affords you a lot more flexibility in operation. 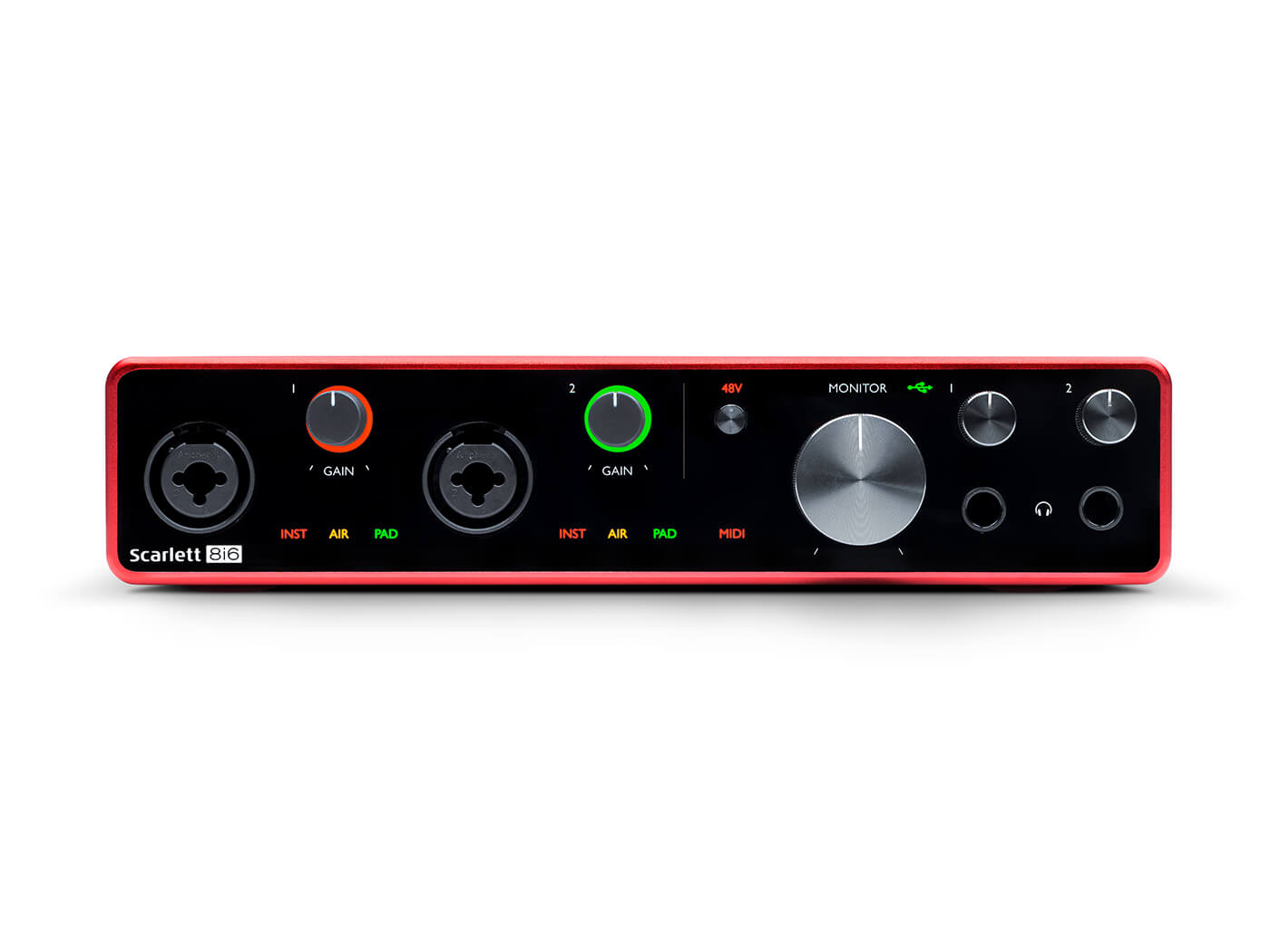 A slightly different set of inputs and outputs, but otherwise these two interfaces share a similar front panel with dual combi inputs and headphone outs. You also get a great set of bundled software with the new Clarett range and super low noise.