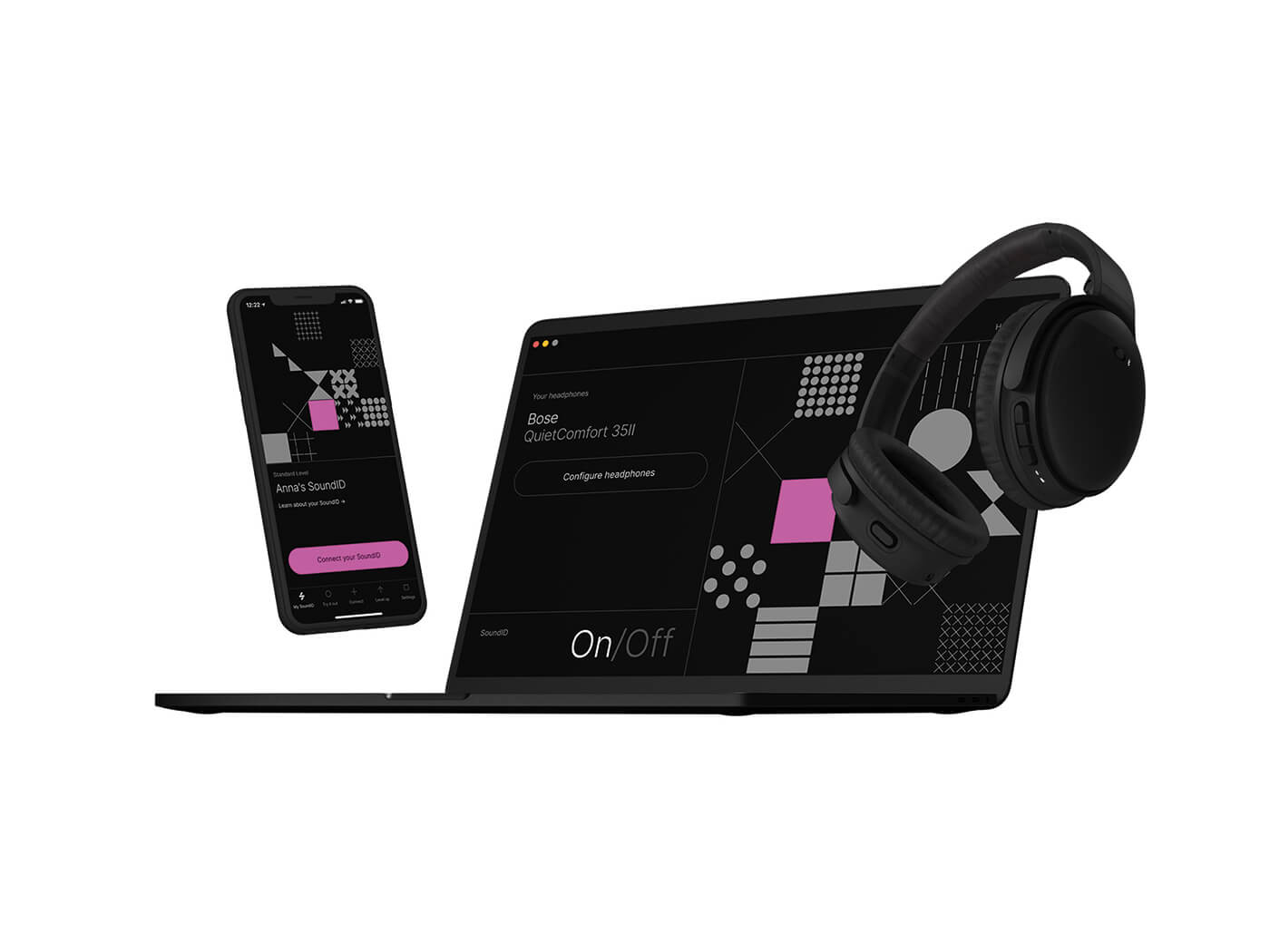 As you’re pouring blood, sweat and endless caffeine into crafting your musical masterpiece in a studio perfectly tailored to your needs, it can be disheartening to imagine listeners hearing it back on poor-quality speakers or headphones. It’s not unusual for everyday non-audiophile consumers to purchase headphones based solely on their aesthetics rather than extensive auditioning.

Sonarworks’ new SoundID, however, aims to help fix this, with a universal personalised calibration that you can cart around with you and apply to all listening platforms. But how much difference does it really make to the listening experience?

Released in 2018, Sonarworks’ True-Fi app was meant to deliver an instant and accessible version of its Reference headphone calibration. However, feedback showed that the average listener doesn’t actually like the sound of a perfectly flat pair of headphones. This led to a large body of research into the variations in listener preferences when it comes to frequency spread and, eventually, to the SoundID concept.

The free app is available for iOS and Android. Users undergo a series of machine-learning listening and hearing tests to generate their personal profile, which can then be loaded into a desktop app for processing system audio. 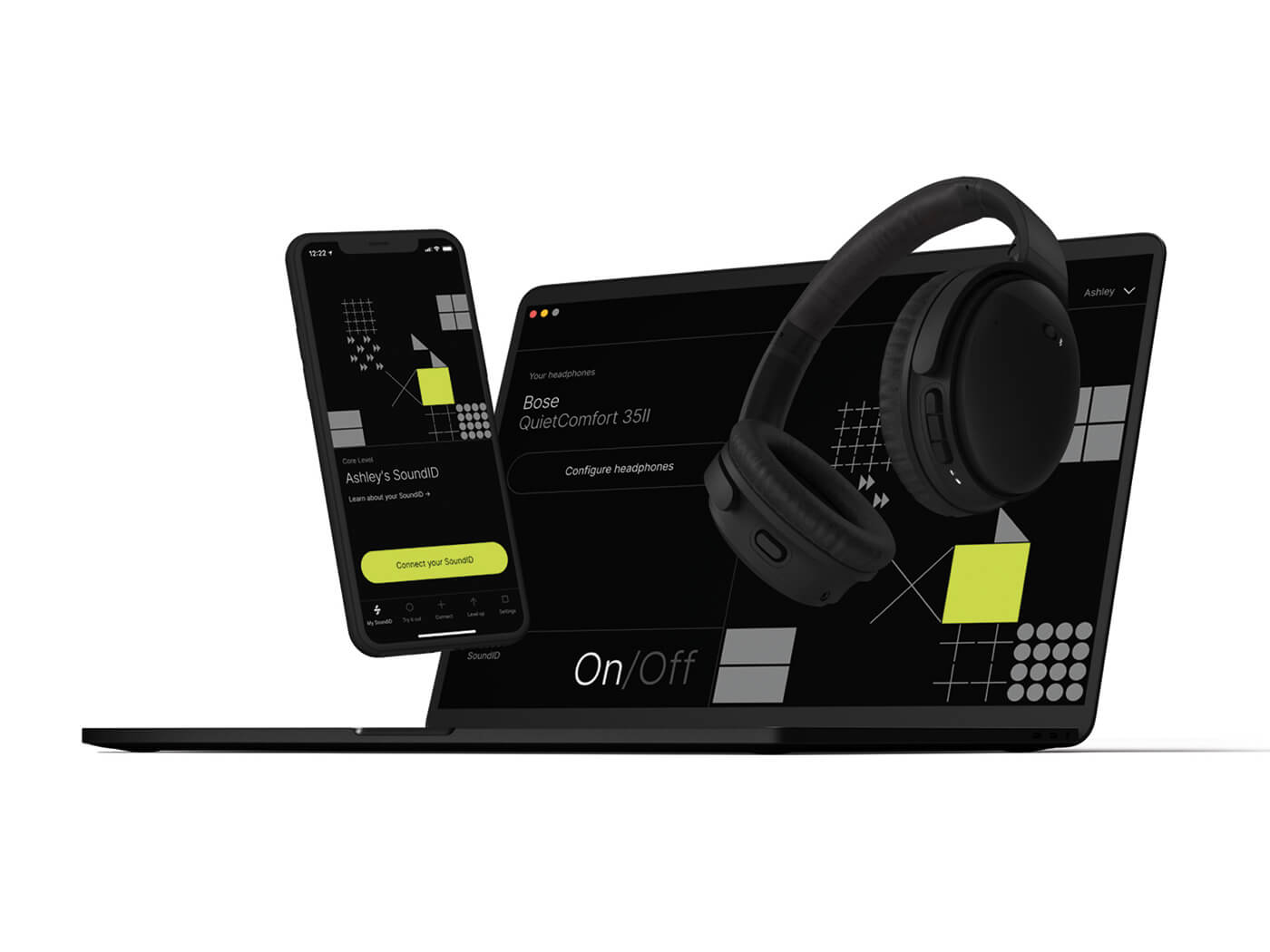 Put it to the test

Once you’ve set up an account and entered your personal information, SoundID asks you to select from a list of more than 350 headphone models that cover everything from expensive studio models to cheap-and-cheerful earbuds. The preference test is much like an eye test; SoundID plays two sets of audio examples, which have slight variations in EQ balance, and asks users if they prefer the first or second (or whether they heard no difference at all).

After answering between eight and 12 or so questions, users will receive their Core profile. From here, users can take an additional test to refine their results, as well as a five-minute hearing test that can pick up obvious physical listening variations. Human hearing alters with age, and this could prove a useful tool for monitoring preferences and abilities over long periods.

With the profile complete, users can listen to a demo track while switching the profile in and out, or load a single track via a Spotify premium account. The app’s function, then, is to generate for users a profile, which is stored in the Cloud and can be taken with you and loaded into other software and hardware. 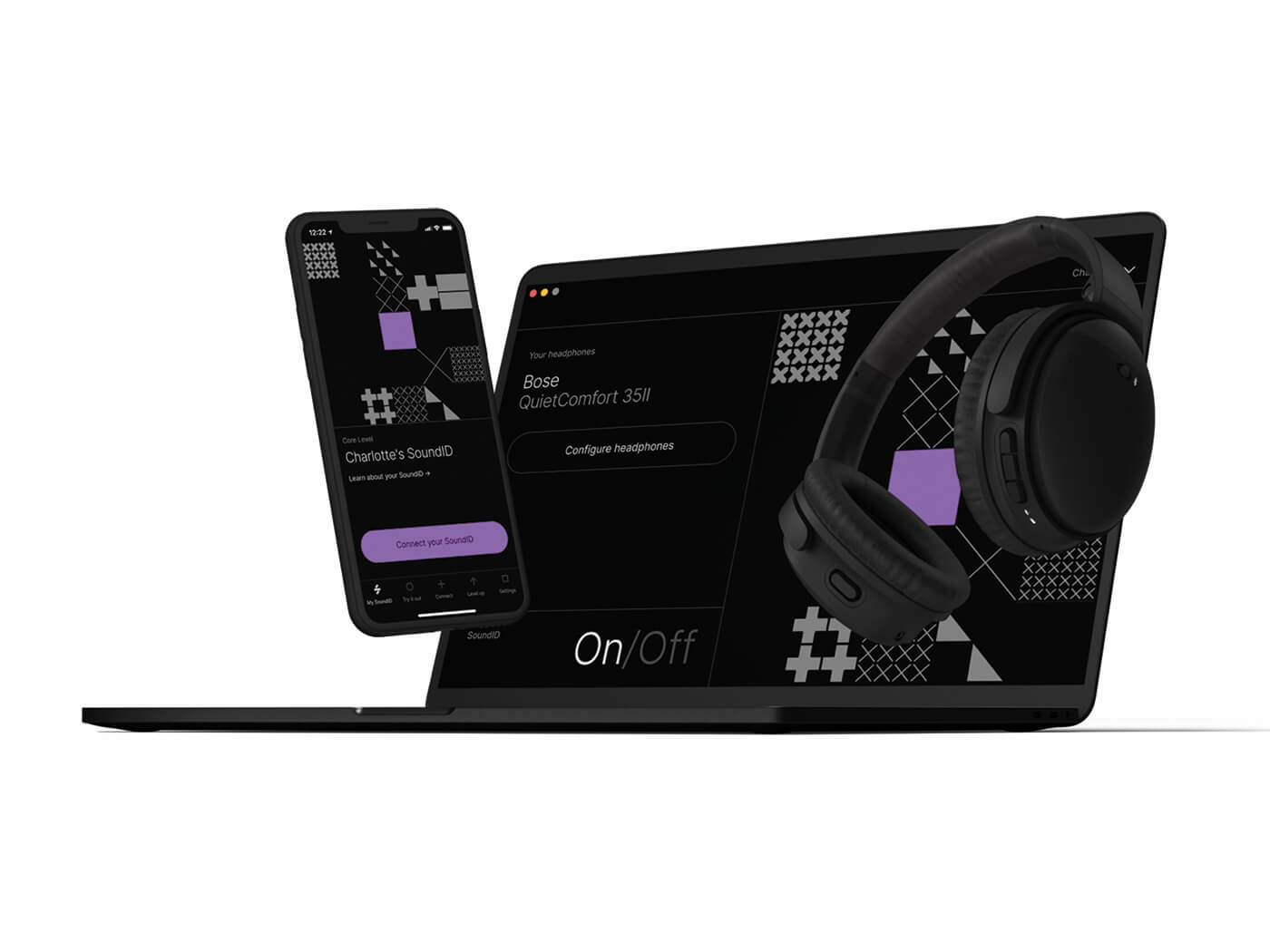 The SoundID Listen desktop software functions like a simplified version of Sonarworks’ Reference 4 Systemwide, which runs in the background to process all of your system audio. Whether you’re listening to tracks via YouTube, Apple Music or Spotify, or watching movies or playing videogames, all the system audio is piped via your personal profile to provide a more refined listening experience.

It essentially combines a headphone-calibration file, a listening test and your personal profile into a single on/off switch. You can also add additional pairs of headphones or change the audio-output details. For those familiar with Reference 4, this might feel oversimplified, especially as you can’t edit your profile at this stage. However, the focus here is on providing a simple and seamless system for consumer listening, which differs from the requirements of pro engineers. The smartphone app is free but SoundID Listen works on a subscription basis, with a core cost of £4 a month, and discounts for six-month and yearly subscriptions.

The main consideration here, of course, is how it sounds. Our tests include a set of Sony MDR-7506s, Beyerdynamic DT 1990s and some Apple EarPods. The profile was created using the Sony headphones and resulted in a massive improvement, with a fuller, more rounded and satisfying sound. However, somewhat undercutting the concept of users carrying a consistent personal sound with them, we found noticeable variations when flicking between the other headphones.

Although the DT 1990s’ sound was improved, it lacked the top end that we heard in the Sonys. The EarPods were swamped with low end, and we preferred the uncalibrated sound. It doesn’t help that, when switching the profile in and out, the volume isn’t matched, so the profile sounds louder. These things aside though, the headphones we set up the calibration with provided improved sound. Given that the app is free and there’s a demo of the desktop software available, we recommend trying it out on your headphones to see if you like the results before committing to a subscription.

When it comes to the audience for SoundID, the underlying issue is that a large number of potential consumers use smartphones as their listening devices, while in the park, on the bus or at the gym, for example. As it stands, SoundID can’t be used on smartphone audio outputs, and won’t be able to until more platforms are supported. Users can, however, load individual tracks or playlists into the SoundID app via Spotify Premium, but that’s the only workaround right now.  This means that the only way to get the benefits of your personal profile is to listen via headphones plugged into a computer.

It seems a bit of a stretch, then, to ask listeners to fork out for a monthly fee given the system’s limitations at this stage. It also seems like a missed opportunity not to allow profile setup via the desktop app, as the current workflow requires using both the software and phone app.

However, looking long term can give an appreciation of the potential of this concept. The plan is for Sonarworks to have SoundID featured inside software and hardware, allowing users to simply import their preference files wherever they go. If SoundID is built into a pair of headphones, for example, it may be that the subscription cost is included in the headphones’ initial outlay. This is a much more appealing prospect, as it has the potential to make for a truly universal and personal sound, no matter the playback device. There’s also the possibility to add SoundID to speaker setups and car stereos.

This may be a long way off, as it’s much more complicated to calibrate for rooms and vehicles. However, the notion of moving between headphones to home hi-fis to cars, all of which are capable of providing a relatively consistent sound, is extremely exciting.

The technology is easy to use and the results are mostly good. We noticed a general improvement in the balance and quality of sound, and the enjoyment that we got from listening via our SoundID preference. The practical applications of SoundID are hampered right now –z until there’s wider industry adoption, that is. We’re excited to see how things develop and what Sonarworks has lined up for 2020 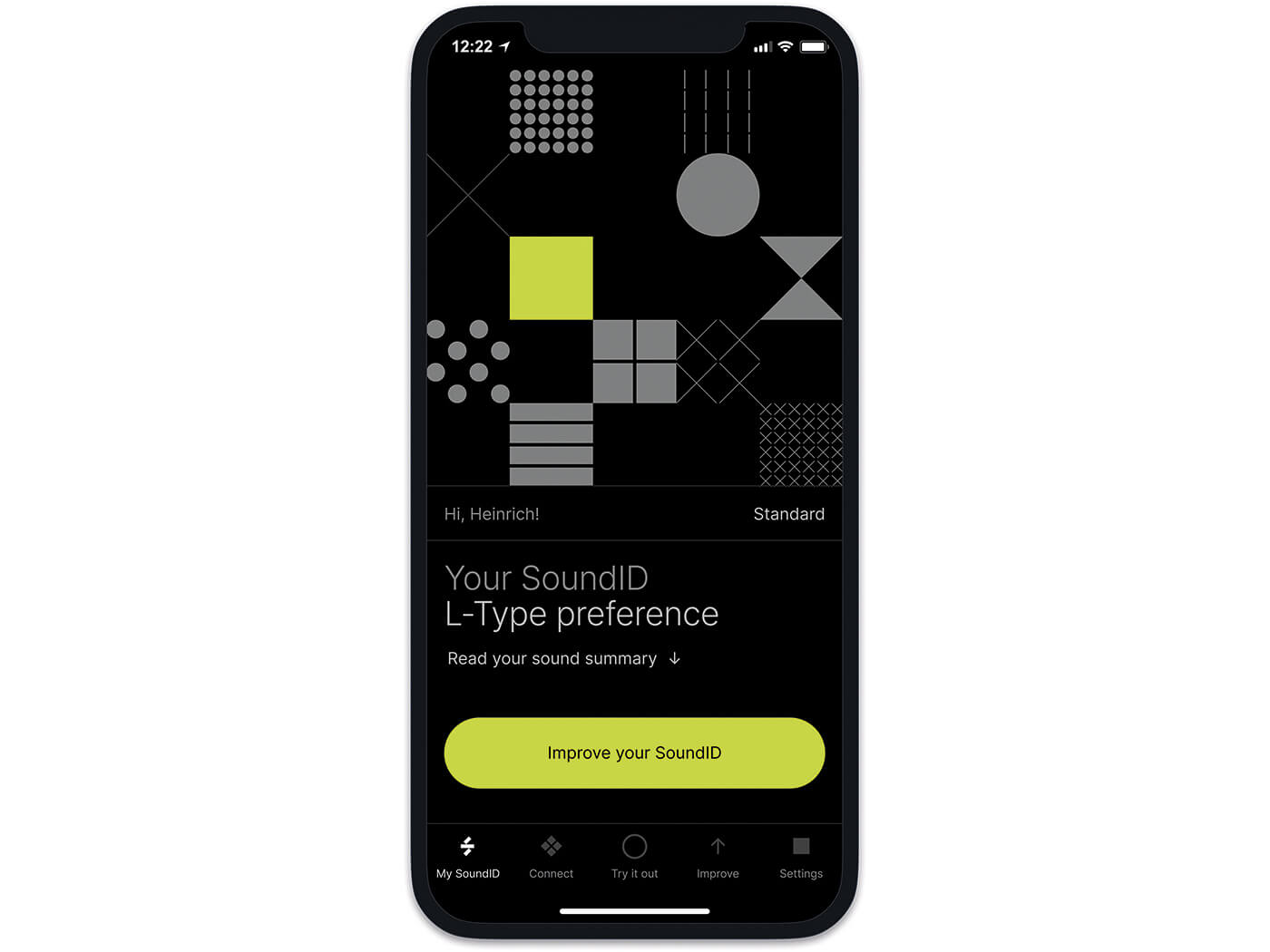 If you’re unhappy with the response of your headphones, this could be a suitable way to improve their sound and your listening enjoyment without shelling out for replacements. The best bet is to test the app and software to see how much of a difference it makes to you.

It’s worth factoring in how and where you do most of your listening too, as the support on mobile devices is limited right now. It’s worth noting too that SoundID is aimed at the consumer market, so audiophiles and musicians are better sticking to the excellent Reference 4, which delivers flat-sounding results better suited to making mixing decisions. 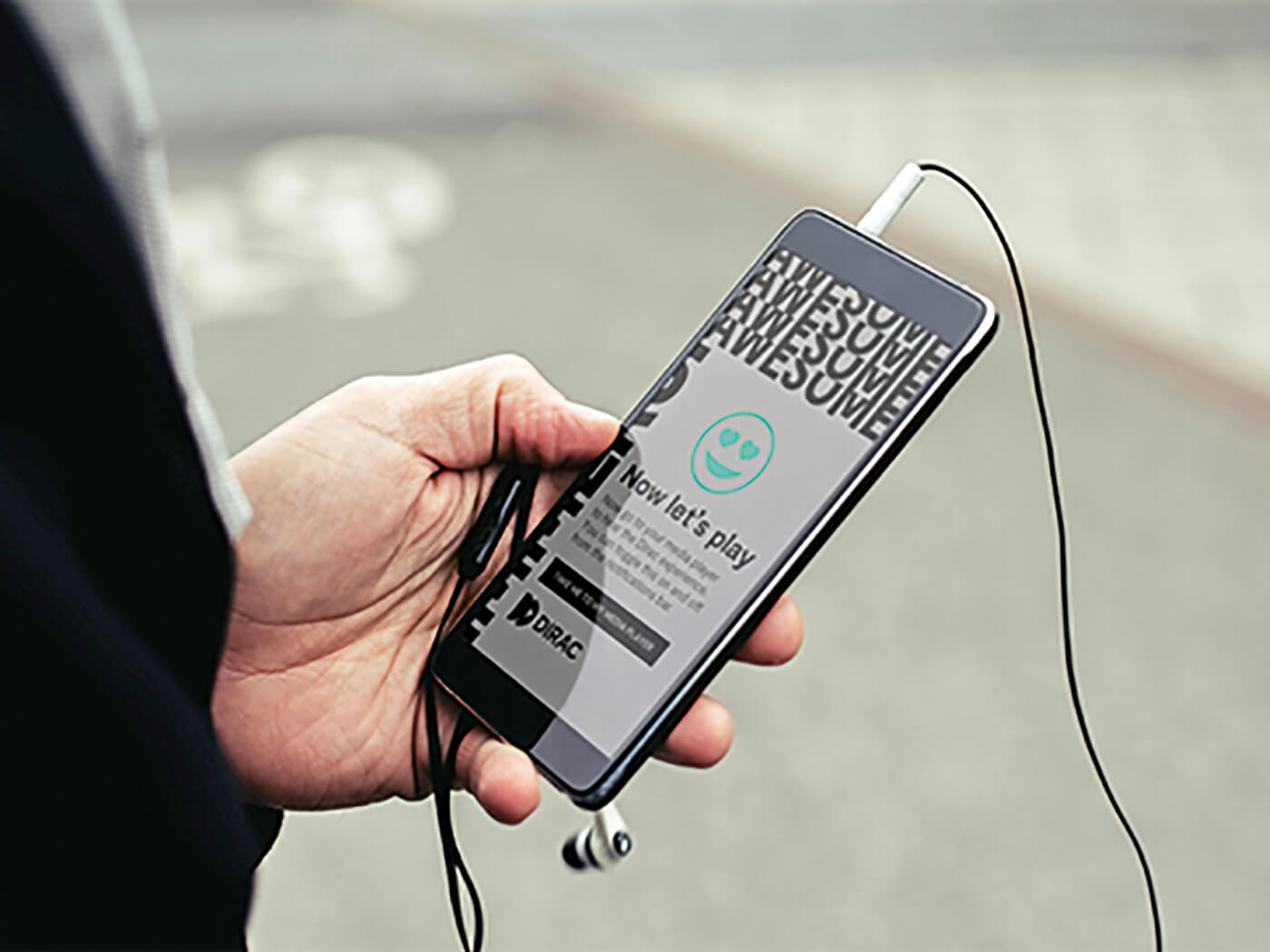 Another new solution that’s similar to SoundID but isn’t yet fully available, this Dirac product is described as a breakthrough headphone-technology and mobile app that automatically enhances performance to reveal the subtle beats, tones and sounds that are typically lost in standard headphones. 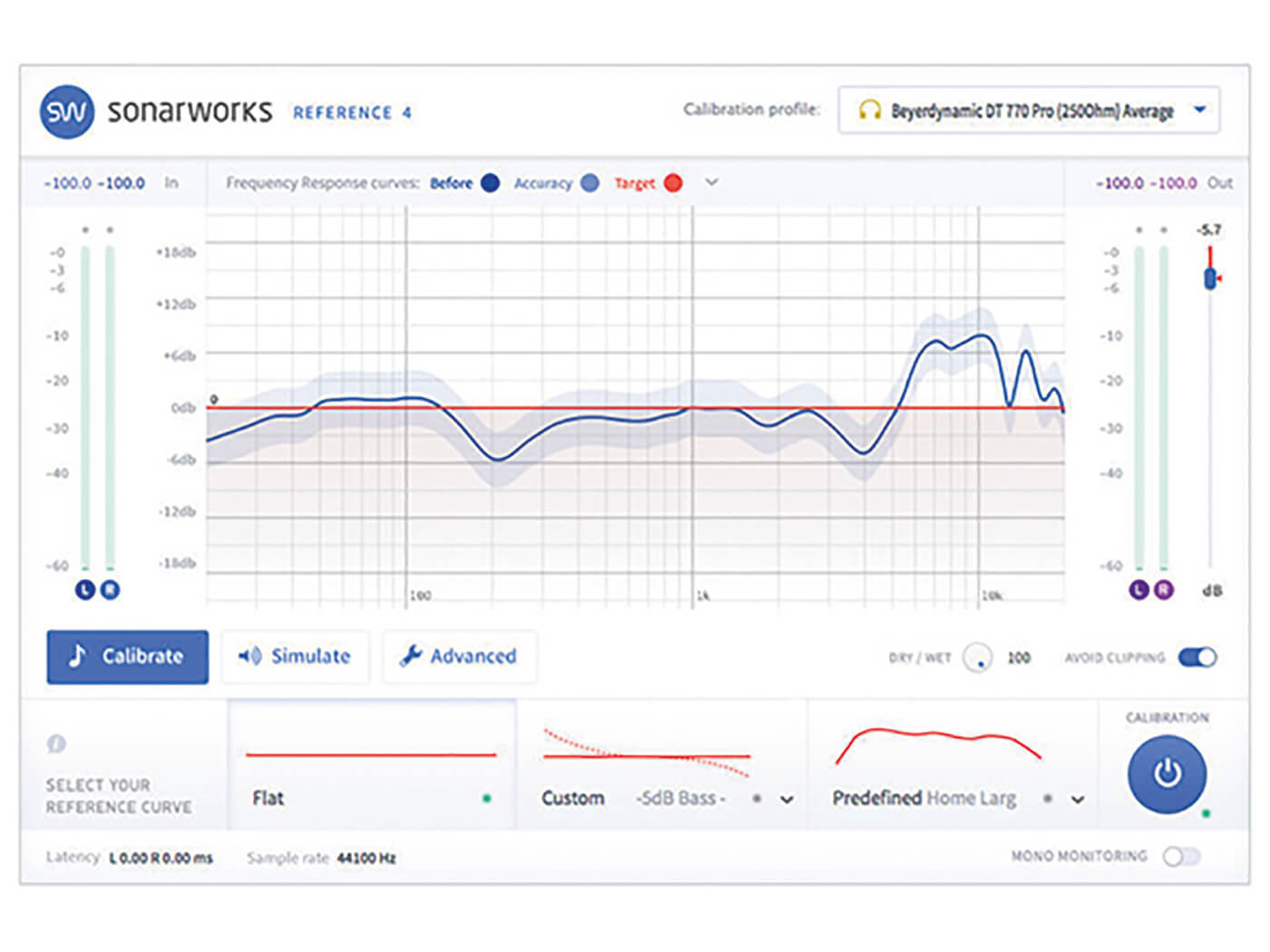 If you want calibration software to improve the sound of your studio headphones, Reference 4 is probably your best bet. It doesn’t have the personalised touch of SoundID but you can tweak the results, making it a better choice for sound engineers.