With its world-class technology heritage, SSL is setting its sights on home-studio producers with these compact interfaces that pack a lot into their small size. 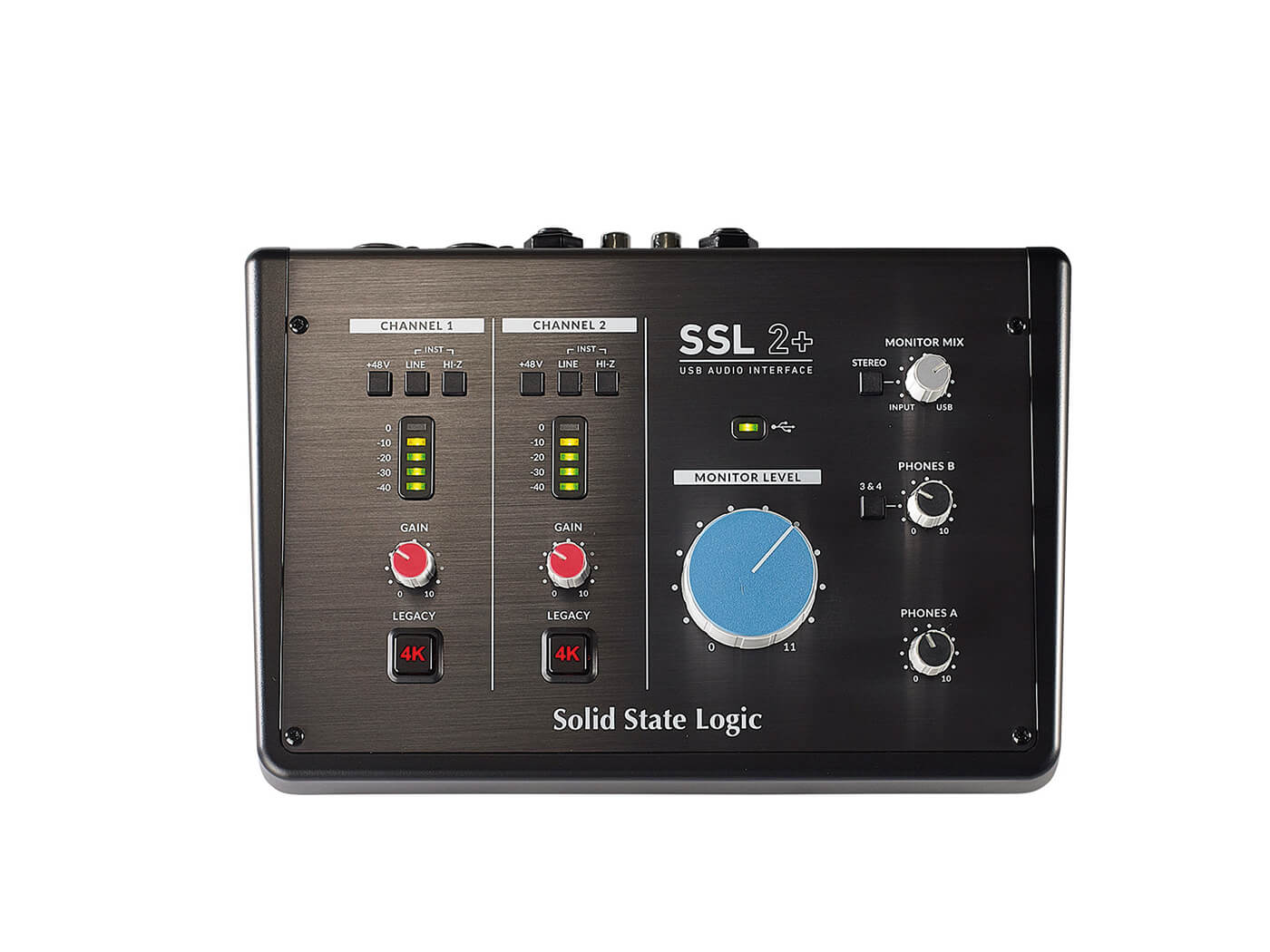 Solid State Logic’s large-format mixing consoles grace some of the world’s finest pre- and post-production, audio, video and broadcast studios, including Abbey Road, Real World and Westlake. These monsters can come with mortgage-sized price tags but, in recent years, SSL has taken the knowledge that goes into these ultra-high-end consoles and applied it to more compact and affordable products and rack gear aimed at smaller studios and semi-pro setups.

The SSL 2 and SSL 2+ USB audio interfaces, then, are something of a departure for the company. They’re aimed at the home and project-studio level of the market, where they’re up against an ever-growing crop of diminutive interfaces that boast similar functionality and capabilities (this likeness is due to most being based on the same core chipset, albeit with implementation-specific additions and modifications). The question is: is this just a strong brand badge slapped on a few unexceptional products or do these interfaces earn their SSL label? 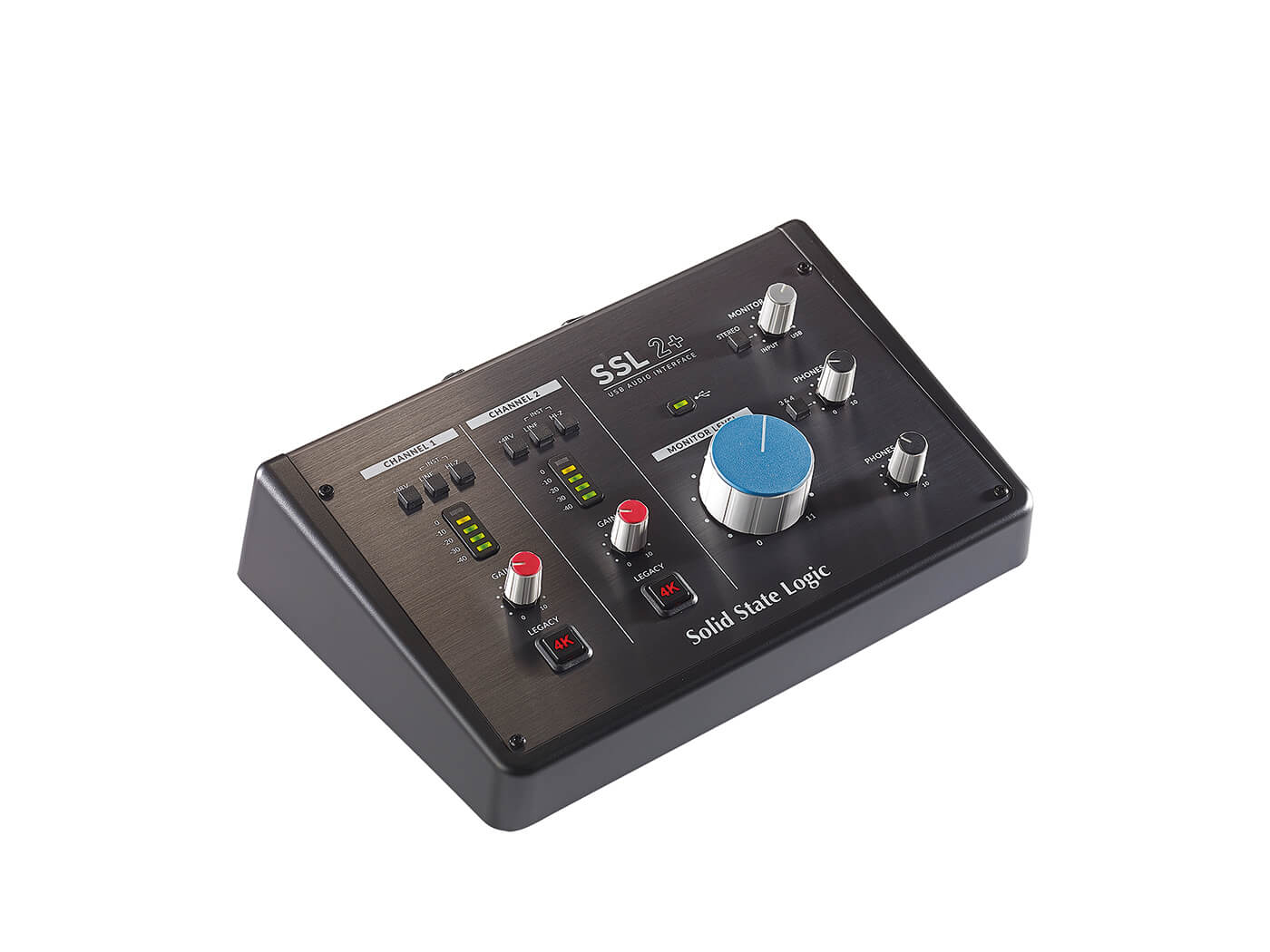 As suggested by the name, both the SSL 2 and the 2+ have just two input channels, both being of the mic/line/instrument flavour and served via a pair of XLR/jack hybrid sockets on the rear of the units. The simpler of the two interfaces also has just two output channels, which drive both the main L/R jack outputs and the onboard headphone output. The 2+, on the other hand, has four output busses and two headphone outputs. The first and second outputs are fed to the main output jack sockets, as well as to a pair of phono sockets; the third and fourth outputs are only on phonos, which is fantastic for use with decks and/or a DJ mixer but not so helpful if you’re not a DJ.

The 2+ has an additional headphone output whose source can be switched between either pair of output busses (the first headphone output is hard-wired to carry outputs one and two), and that has its own independent volume control. Both units share the same compact casing, with a hard polycarbonate body and smart-looking brushed metal top panel on which you’ll find various knobs, buttons and meters. These are laid out in a logical fashion, with input-channel controls to the left and monitoring controls to the right.

Each input has input-select switches for choosing between mic, line or hi-z/instrument signals, 48v phantom power, a five-part LED level meter, an input gain pot, and a large button labelled ‘4K’. This engages a ‘Legacy 4K Analogue Enhancement Effect’ on the channel, via a subtle high-frequency EQ boost and the addition of some finely tuned harmonic distortion. It doesn’t give all of the nuance and character that a full 4000 series console would – after all, you could buy a bunch of SSL 2s for the price of one 4K channel – but it delivers a distinctly 4K-like sound. 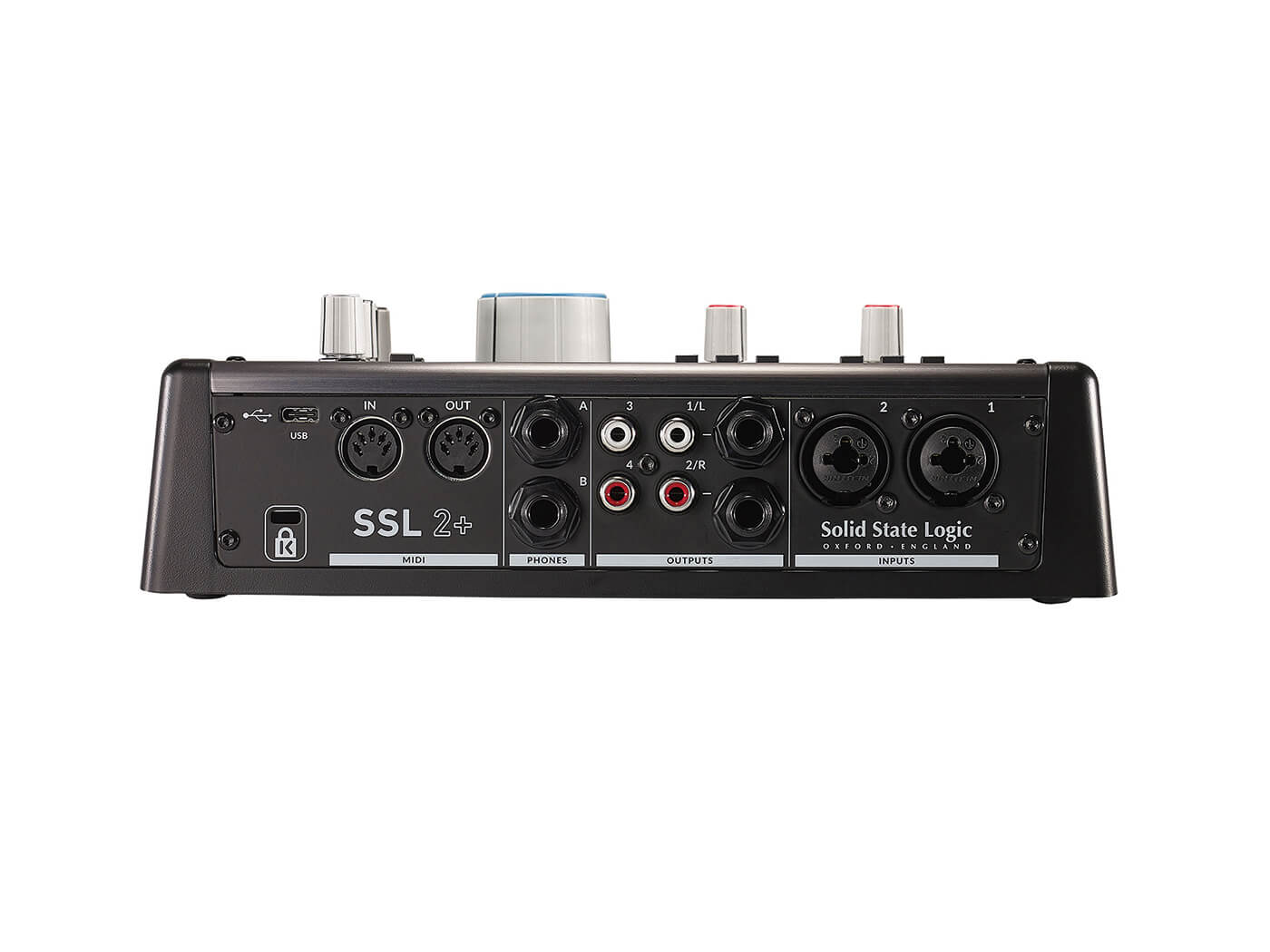 There’s a nice big monitor volume controller with a smooth action (all the pots on the SSL 2 and 2+ are smooth and solid), a headphone volume control (or two, in the case of the 2+) and a monitor-mix control. The latter balances the main output signal between the latency-free direct-monitoring signal and the sound coming back to the interface from your computer.

There’s also a Stereo switch that switches the direct-monitor signal between mono and stereo, which is so that, for example, a vocalist’s monitoring signal can be centrally panned, while a keyboard player can have a stereo direct-monitor feed. The control panel, then, is simple and effective, and my only criticism is that the push-switches feel a bit cheap and scratchy, a shame given how robust the rotary controls are.

The units connect to the host computer using the trusty ol’ USB-2 protocol but this is served via a modern USB-C socket. There’s no need to go hunting for converters if your computer doesn’t have any USB-C connectors – thankfully the interfaces come with both USB-C to USB-C and USB-C to USB-2 cables. The interfaces are class compliant too, so on a Mac (10.11 and upwards) they are 100 per cent plug-and play, with no additional drivers to install. Windows users, however, will need to install the appropriate WDM driver.

Class compliance also means that the interfaces will work with iPads and iPad Pros, and (in theory) Linux distributions that support the standard. The 2+ features a MIDI I/O pair, something I like to see on audio interfaces despite MIDI-over-USB being the norm these days. 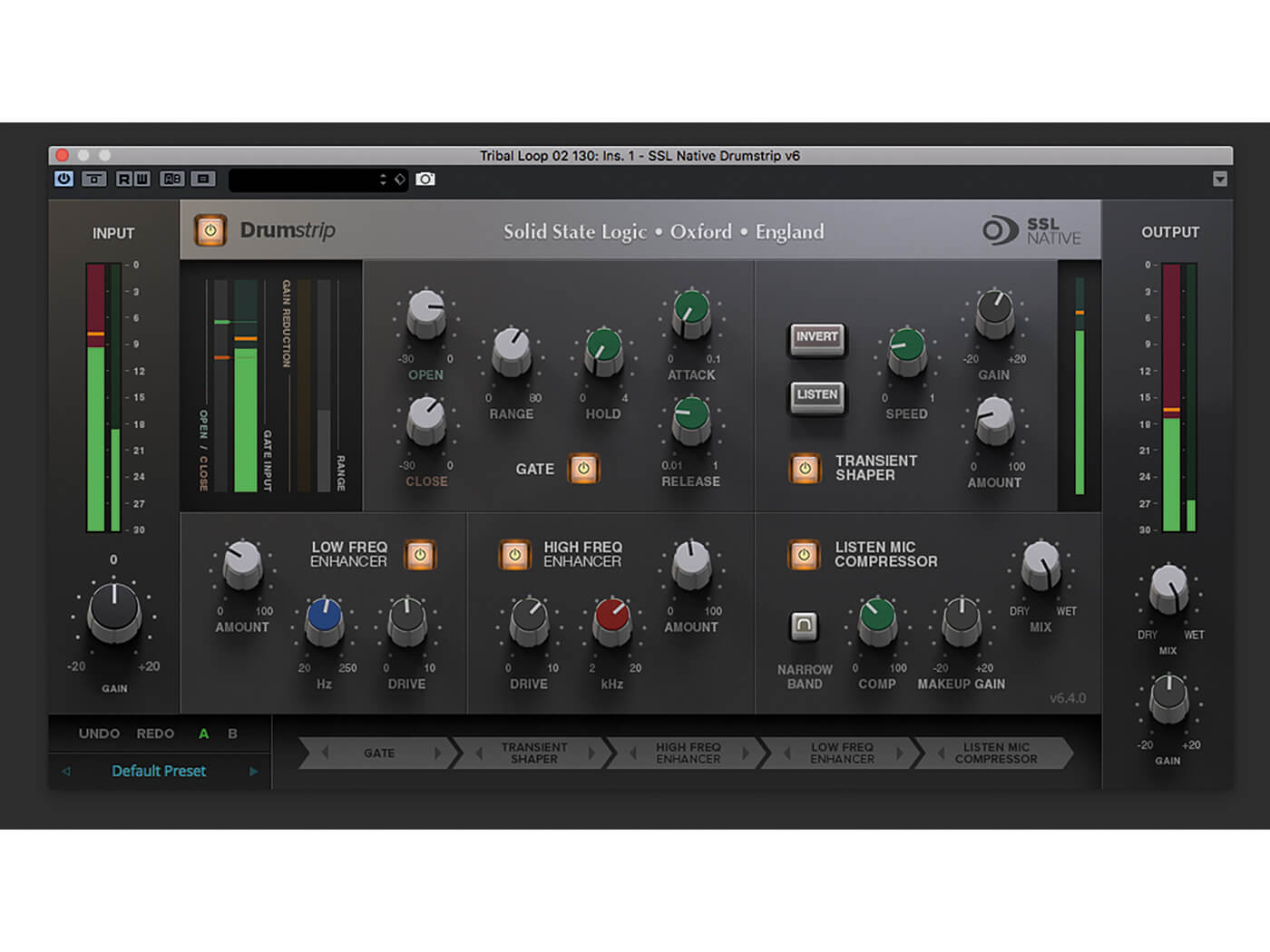 Alongside the hardware, SSL 2 and 2+ come with a collection of software and samples. You get licenses for Ableton Live Lite and Pro Tools First, as well as a 1.5GB set of samples and loops from Loopcloud. SSL has also bundled Native Instruments’ Komplete Start, a 16-strong selection of synths, instruments and effects with more than 2,000 sounds, along with a full licence for NI Hybrid Keys, which would normally set you back £45. This little lot alone will see you well set up for creating music, no matter what style or genre you’re working in, but there’s even more in the form of full licences for SSL’s Native Vocalstrip 2 and Native Drumstrip plug-ins, along with six-month licences for everything else in the SSL Native plug-in pack, which includes renowned processing plug-ins such as compressors, EQs and saturators.

The two full-licence plug-ins elevate the capabilities of the interfaces. Vocalstrip 2 has a compander (a hybrid compressor and expander), a de-esser for sibilant sounds, a de-plosser for plosives, and a vocal-focused EQ section with a high-pass filter, and two adjustable mid bands, one with a narrow Q, the other with a wide Q. The 4K effect delivers a bright and edgy flavour that works well across a range of sound sources

Just as Vocalstrip 2 is well honed for dealing with vocal parts, so Drumstrip is a spectacular tool for working with drum parts, whether applied on individual drums or across your mix. The plug-in provides a flexible gate with separate open and close thresholds, a transient shaper to accentuate or dull the attack of your drum sounds, lowand high-frequency enhancers, and a classic SSL listen-mic compressor.

These two plug-ins provides fantastic results, and add a lot of value to the SSL 2 and 2+ offering – purchased separately, the SSL Native plug-ins alone would cost more than either interface. The Legacy 4K Analogue Enhancement effect isn’t going to satisfy those used to working with the real thing but it delivers a bright and edgy flavour that works well across a range of sound sources.

When the 4K effect is used in combination with the SSL Native plug-ins, your recordings should be blessed with a touch of class, and this is what truly helps the SSL 2 and 2+ stand out from much of their competition. All the bundled DAWs, samples and plug-ins also give beginners everything they need to get started, while experienced users will get some stellar tools to add to their armoury.

Purists may disapprove of SSL’s venture into the mass market but that would be churlish. The Solid State Logic label on these interfaces is without doubt more than just a bit of desirable branding. 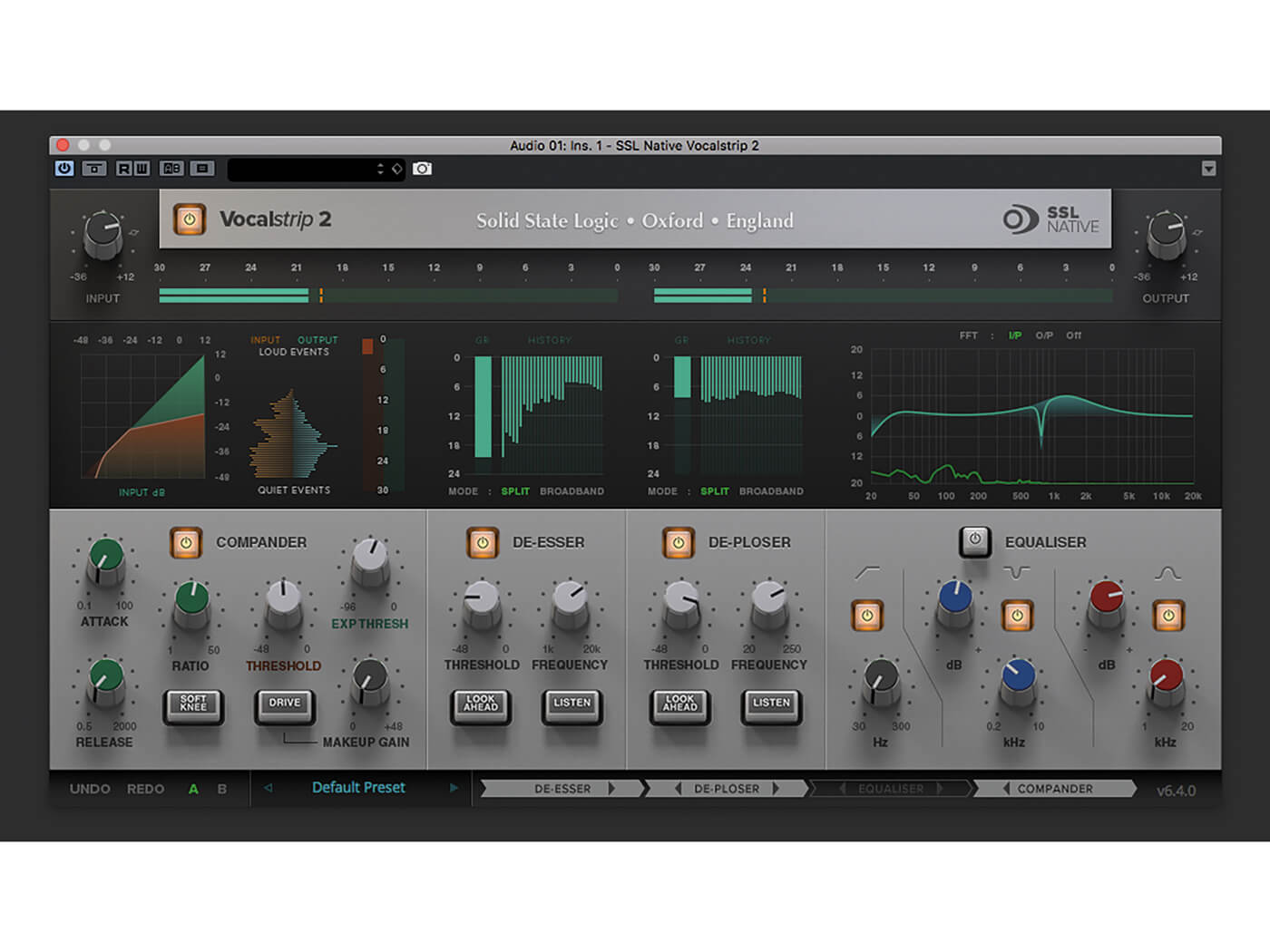 Whether you’re just getting started with music-making or you’re looking to kit out a portable or work-from-home rig without breaking the bank, the SSL 2 and SSL 2+ will fit your needs fabulously. There’s a great deal of choice in this area of the market but the bundle that SSL has put together here makes these interfaces a match for beginners and experienced producers alike. The SSL brand comes with a lot of kudos, and it’s only natural that you’d have high expectations for these devices. You can’t expect a fully bespoke SSL circuit design at these prices but you can expect the benefit of decades of design know-how, all of which is evident in the audio quality that these interfaces are able to deliver. 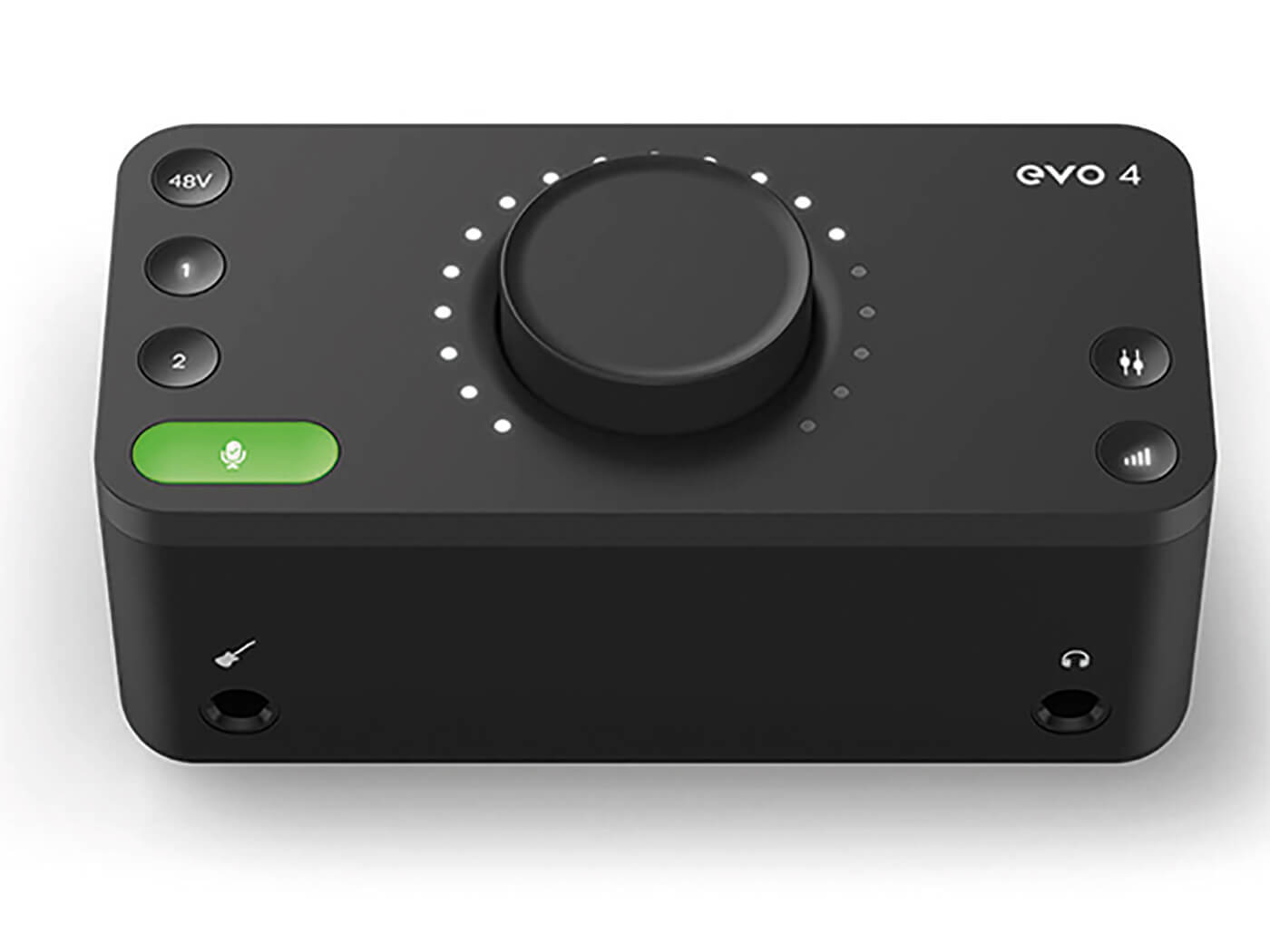 This compact 2-in/2-out interface from Audient is easy to use but is by no means dumbed down, and features a clever Smartgain feature that helps you set recording levels, which will be a huge help help for beginners.
audient.com 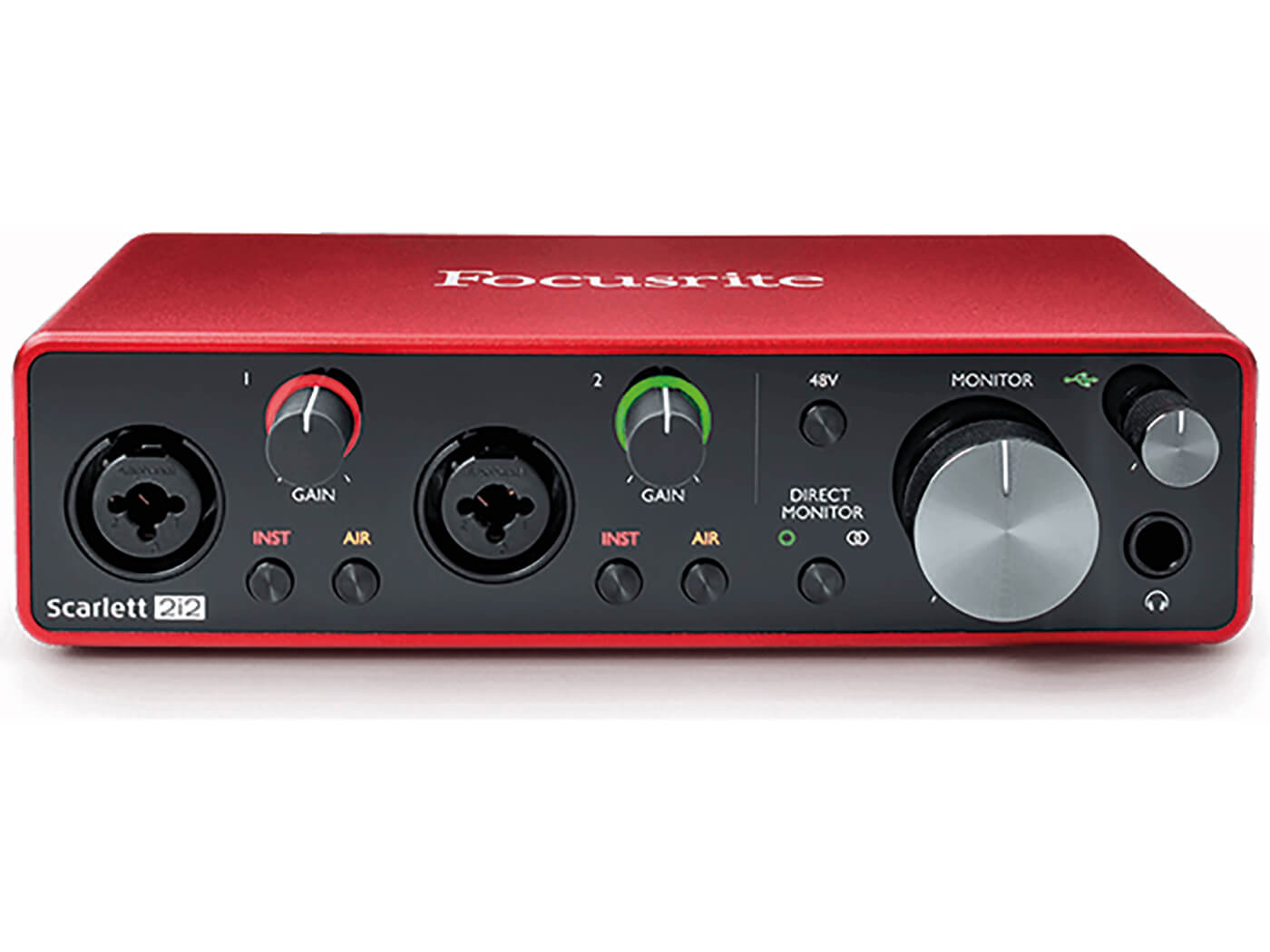 Another 2-in/2-out audio interface that supports sample rates of up to 192kHz and benefits from Focusrite’s latest Scarlett preamp technology, which delivers high quality and character across a range of mic types.
focusrite.com