This innovative SM7B wannabe is all ready for the home broadcasting revolution. 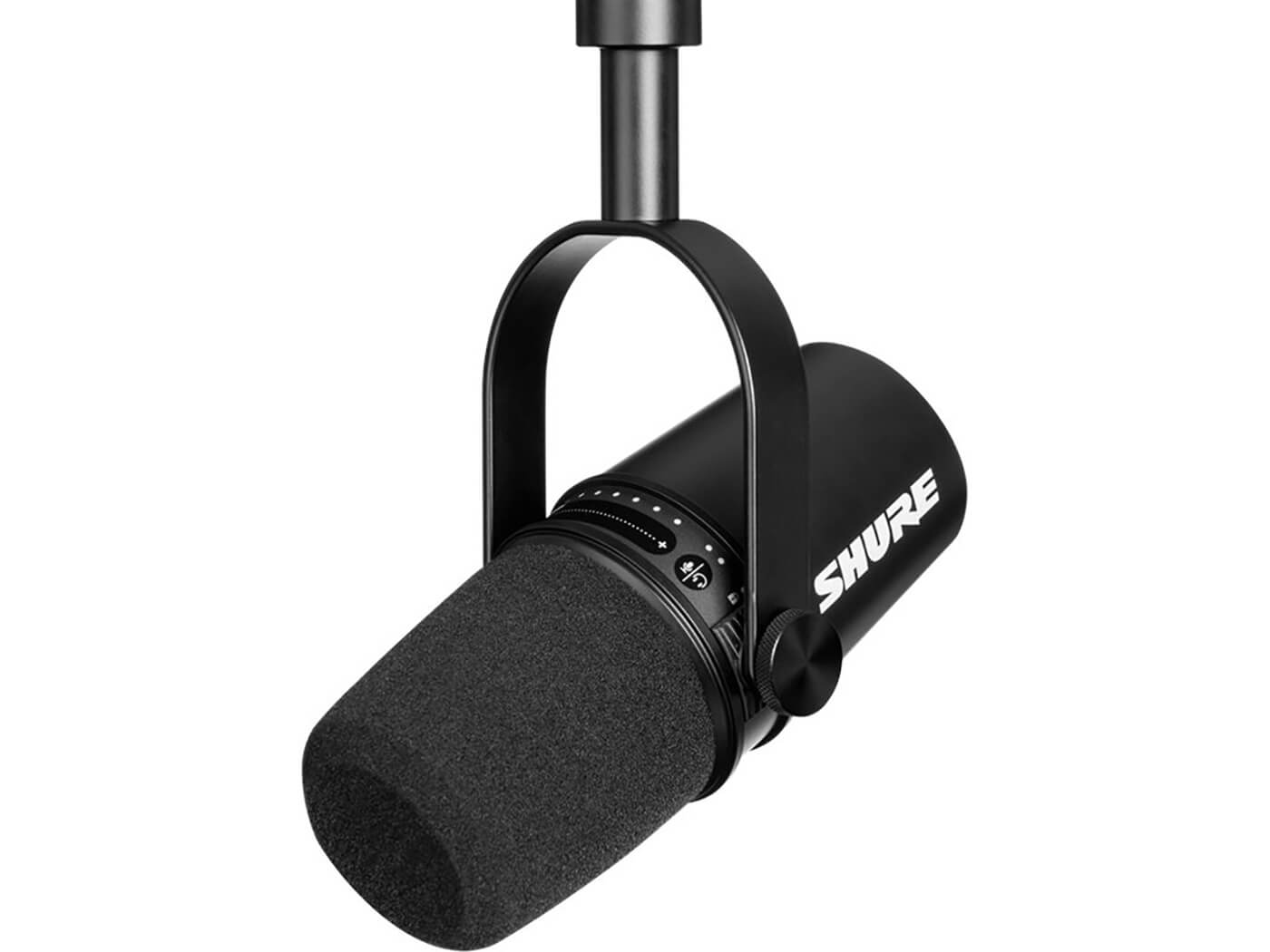 In a bewildering age of online meetings, virtual music events and the rise of the mighty podcast, the humble USB mic is in hot demand. The ability to simply plug in a mic with minimum fuss and use it as an audio interface presents a winning combination for many. And the ever-so-handy mute switch allows quickfire attenuation when everyday life – in the background – threatens to get in the way.

Shure takes a step or two beyond the norm with the MV7, developed with podcasting in mind. The mic offers live signal processing and harnesses the sound isolation benefits of a dynamic capsule rather than a more ubiquitous condenser. For recording engineers who’d like to use the mic more conventionally, there’s a no-nonsense XLR connector. However, this taps the signal from the capsule at source, and you cannot access the more special features mentioned above.

The MV of all 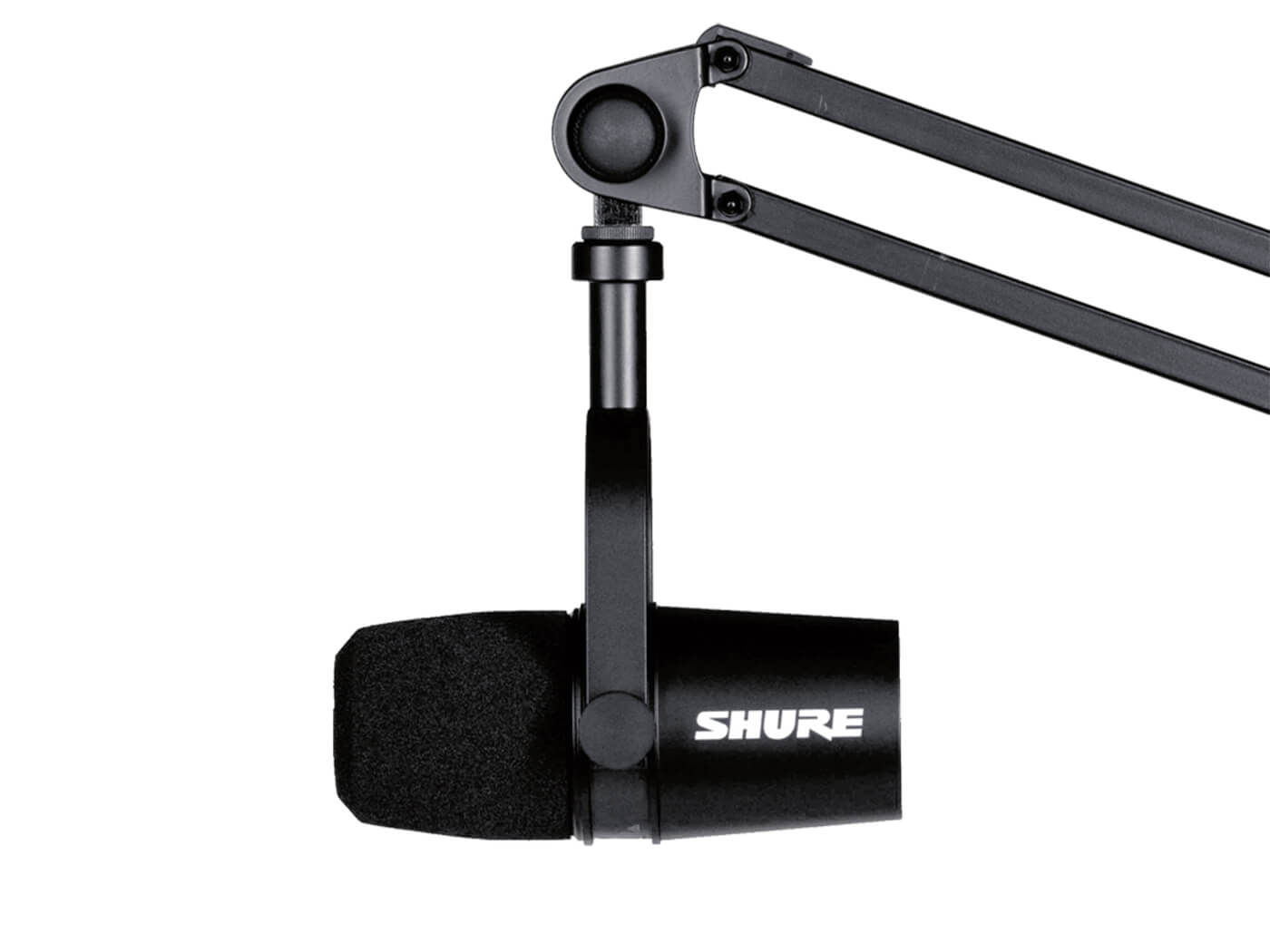 Given the abundant love shown for Shure’s own SM7B dynamic mic in both broadcast and recording circles, it comes as no surprise then that the MV7 comes served up looking like a smaller-bodied SM7B of sorts. You can choose between a stylish black or silver paint job, and the integral mounting ‘yoke’ is incredibly handy – and looks the part – for positioning the mic on a boom arm. Unlike the SM7B, though, a series of LEDs and touch controls complete the key specifications and enhance aesthetics, which are more important than you’d imagine if you’re broadcasting on camera or in a dimly lit room all day long. A bundled USB-C cable is very welcome, too, letting you work with newer laptops without the need for a mess of dongles.

Control and signal processing smarts come courtesy of the provided ShurePlus MOTIV app that works on all major desktop and mobile platforms. EQ presence boosts/proximity cuts are available for sound shaping, as are various preset levels of compression to help even-out the mic signal when a presenter or singer is moving around. There’s even an incredibly useful limiter to avoid delivering clipped audio to listeners. In manual mode, you can freely change these settings and save your own for different broadcast and recording applications.

Over in automatic mode, the MV7 can be set up by novices as there is an auto level-sensing function. You can also specify how far away from the microphone you’d like to be, which will determine a suitable EQ curve. 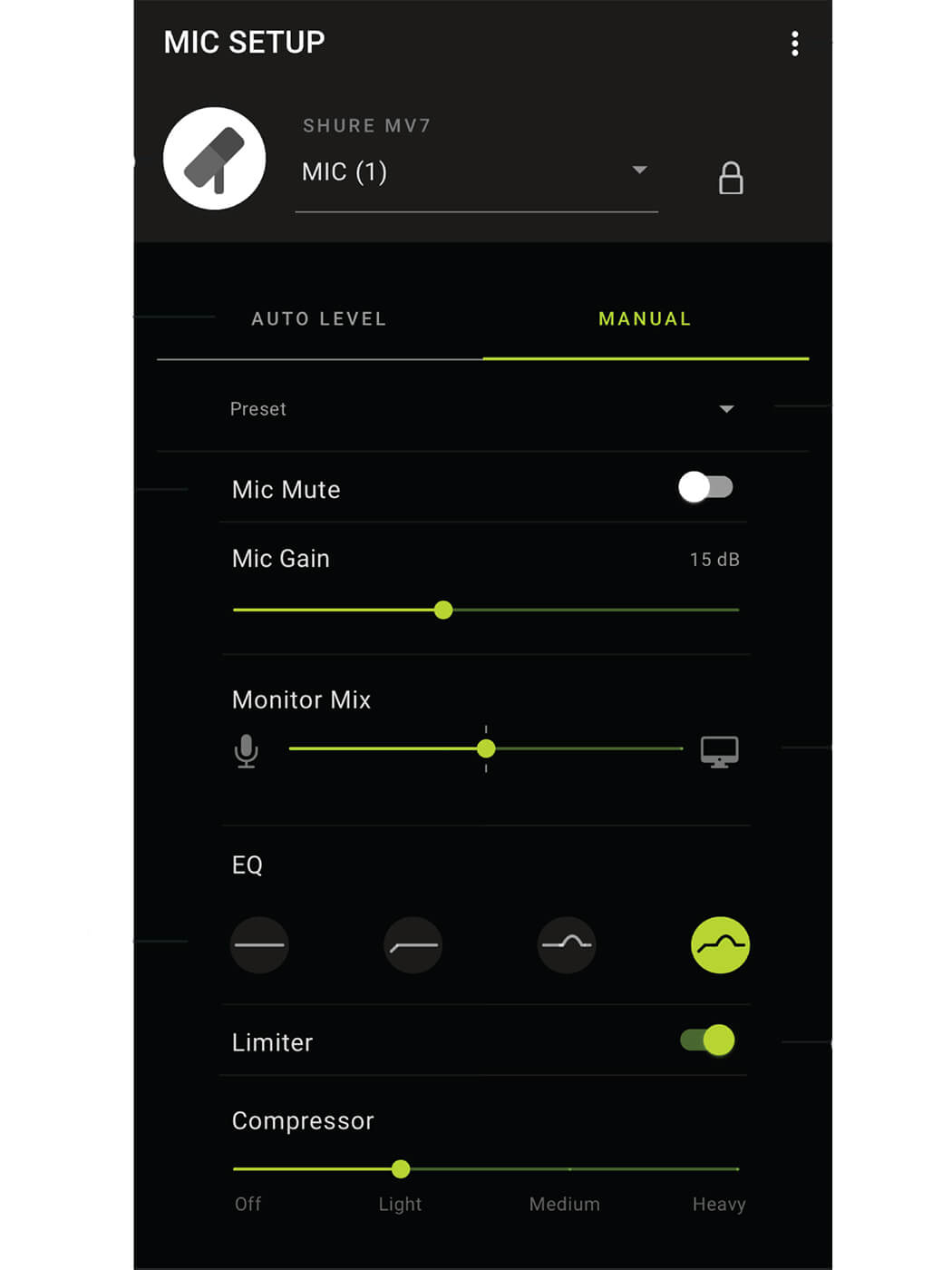 Getting started with the MV7 is super easy, helped out by firmware updates being accessible within the MOTIV app itself. Manual mode is straightforward and rewarding for those with even the most modest microphone know-how. We used the mic for several online meetings and broadcasts, finding the compressor and limiter virtually essential once we’d got used to having them there. The EQ function gives a pleasing lift to high frequencies that dynamic capsules often require to enhance clarity. All this was possible without having to have extra external hardware such as a mixer or channel strip.

With rival mics, we usually have to keep a keen eye on levels, which tends us away from the creative flow of sessions. Furthermore, a less sensitive dynamic capsule makes so much sense when you have other busy people confined to the building.

DAC and headphone amp quality is good, too – a simple balance slider sets the mix between input and playback levels in the headphones, and there’s no audible hiss. Inexplicably, however, there seems to be no way to set the master headphone level within the MOTIV app; you have to use the mic’s physical controls.

While the LED touch strip certainly looks the business, it’s sometimes either a bit fiddly to operate or doesn’t fully recognise the user’s input. For example, the mute button is small and so close to the yoke with the mic boom coming in from above that it’s difficult to press without first holding the mic still with your other hand. This isn’t very smooth and is quite audible, especially when you need it in a hurry.

However, almost everything can be set up within the software, which you can then leave alone as you go about your work. We just wish that the all-important mute button was as easy to get to as it is on the Blue Yeti, for instance.

In terms of frequency response, the MV7 doesn’t quite match the mid-range smoothness that an SM7B has (with its EQ contours disengaged). This means a harder bite to the mids than the SM7B, but a noticeable step up from an SM57. The way the mic is tuned is not a bad thing for vocal clarity, but it’s perhaps not quite as flattering as the SM7B on acoustic instruments or spoken voice. With the range of features on offer, it would surely be unfair to expect the mic to match its venerable sibling’s quality at this price point.

Overall, despite a few challenges, the MV7 is a definite hit. It provides so much more than many of its rivals, and we’ll miss it when we give it back.