Is a transformer-based recreation of an iconic tube microphone a convincing proposition in practice? 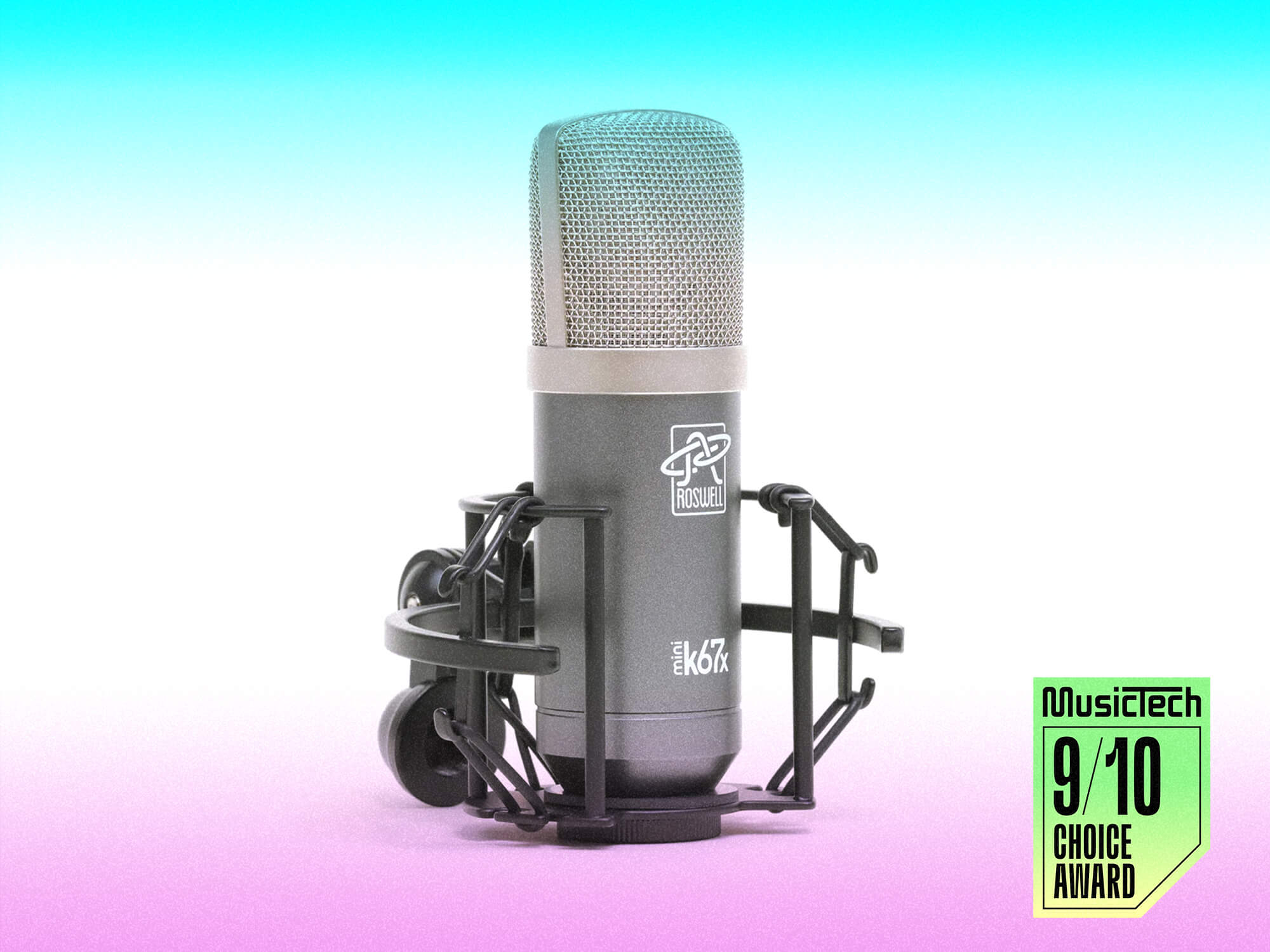 To call Roswell Pro Audio’s founder Matthew McGlynn a microphone obsessive would be underplaying his passion. Having first collated technical data for thousands of microphones for his Recording Hacks database, he went on to set up the Microphone Parts website offering all sorts of modification packages to improve microphones’ sound, appearance and technical specifications. Unwilling to stop there, Matthew aimed to combine all the best attributes of other mic designs and decided to build his own. Roswell was born, with all products being designed, assembled and tested prior to shipping at its Californian base.

The Mini series is an affordable entry into the Roswell sound, with established K47 and K87 models taking influence from iconic German mics with similar model names. The new Mini K67x aims to achieve the harmonic saturation of the equally iconic Neumann U 67 when worked at moderate sound levels, using a custom output transformer rather than a larger (potentially more noisy) tube-based design. 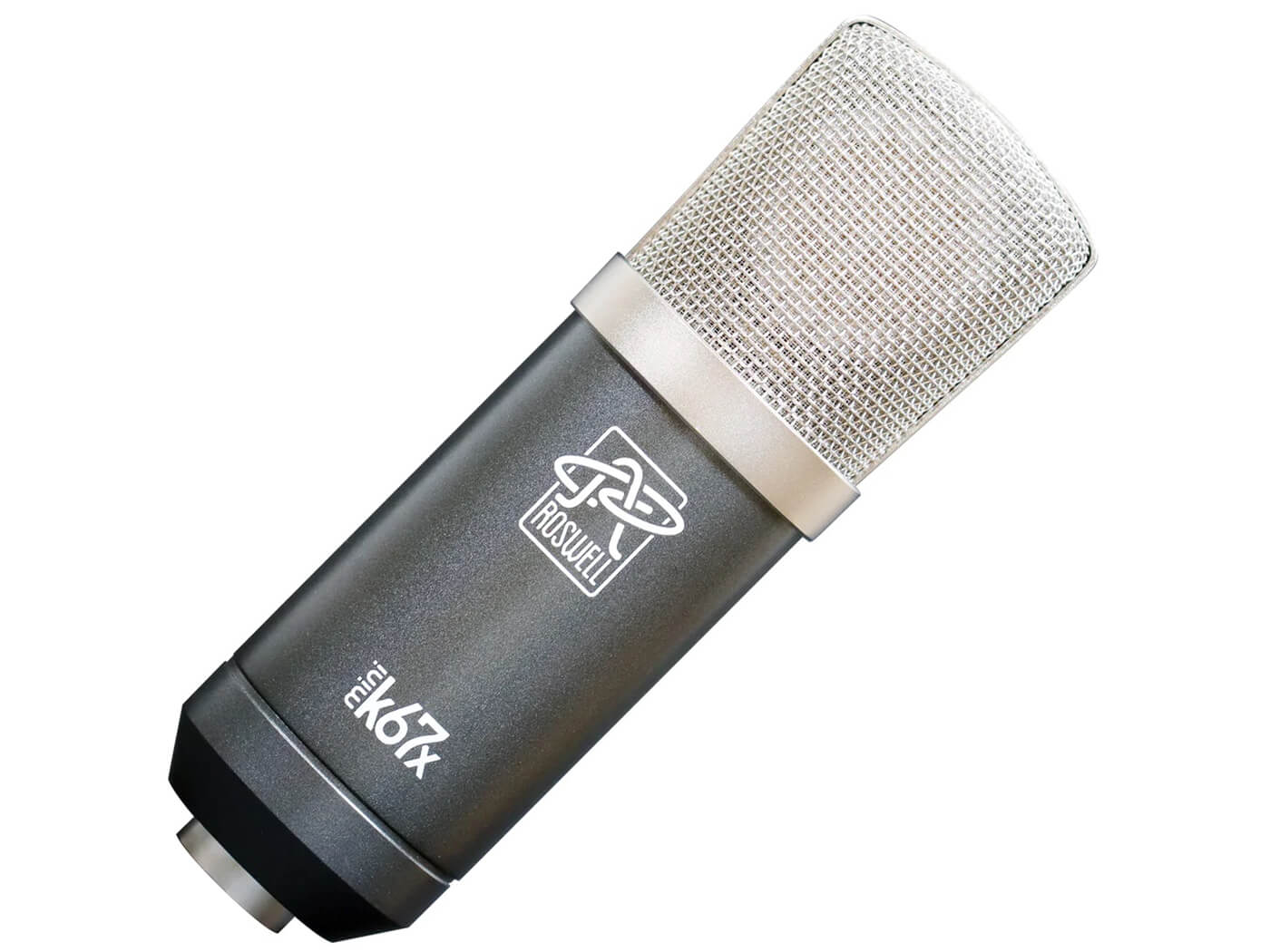 The microphone has a fixed cardioid pattern and a 35mm dual backplate capsule. It’s a no-frills affair as there is no sensitivity pad or high pass filter – Roswell has concentrated on investing on the most crucial components that make up the design rather than adding features that most users will have available on their mic preamp anyway.

Out of the included flightcase and in hand, the mic is super compact but robust and reassuringly heavy. A sturdy cutaway shockmount and fleecy mic sock also come with the bundle and, while our K67x came in the standard dark grey finish, a striking custom finish with metallic blue paint and a metal badge is available for an additional $30. 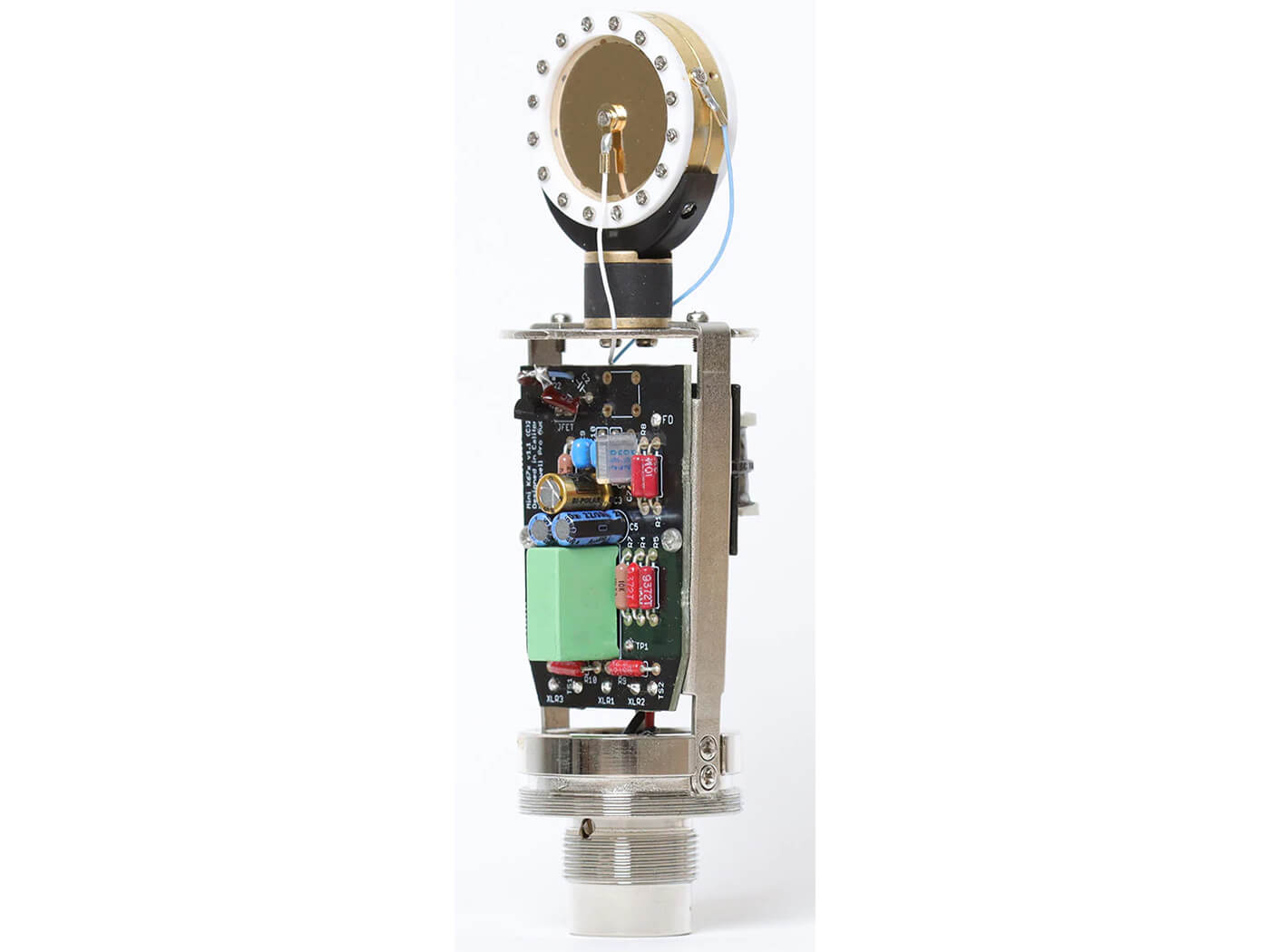 The Mini K67x was put to the test in two of the most frequent condenser mic applications: acoustic guitar and vocals from Jess Hunter.

We were truly impressed by the Roswell Mini K67x on everything we tested it on. Rather than being an intangible gimmick, the transformer circuit adds considerable depth and mojo to the already gloriously-voiced K67 capsule. It’s not really an entry-level microphone but other microphones that sound this superb are likely to cost far more. We’re going to miss the marvellous K67x when we return the review unit back to Roswell.