Roland brings multi-camera streaming to the masses with its new AeroCaster system, but can it compare to a system costing thousands? 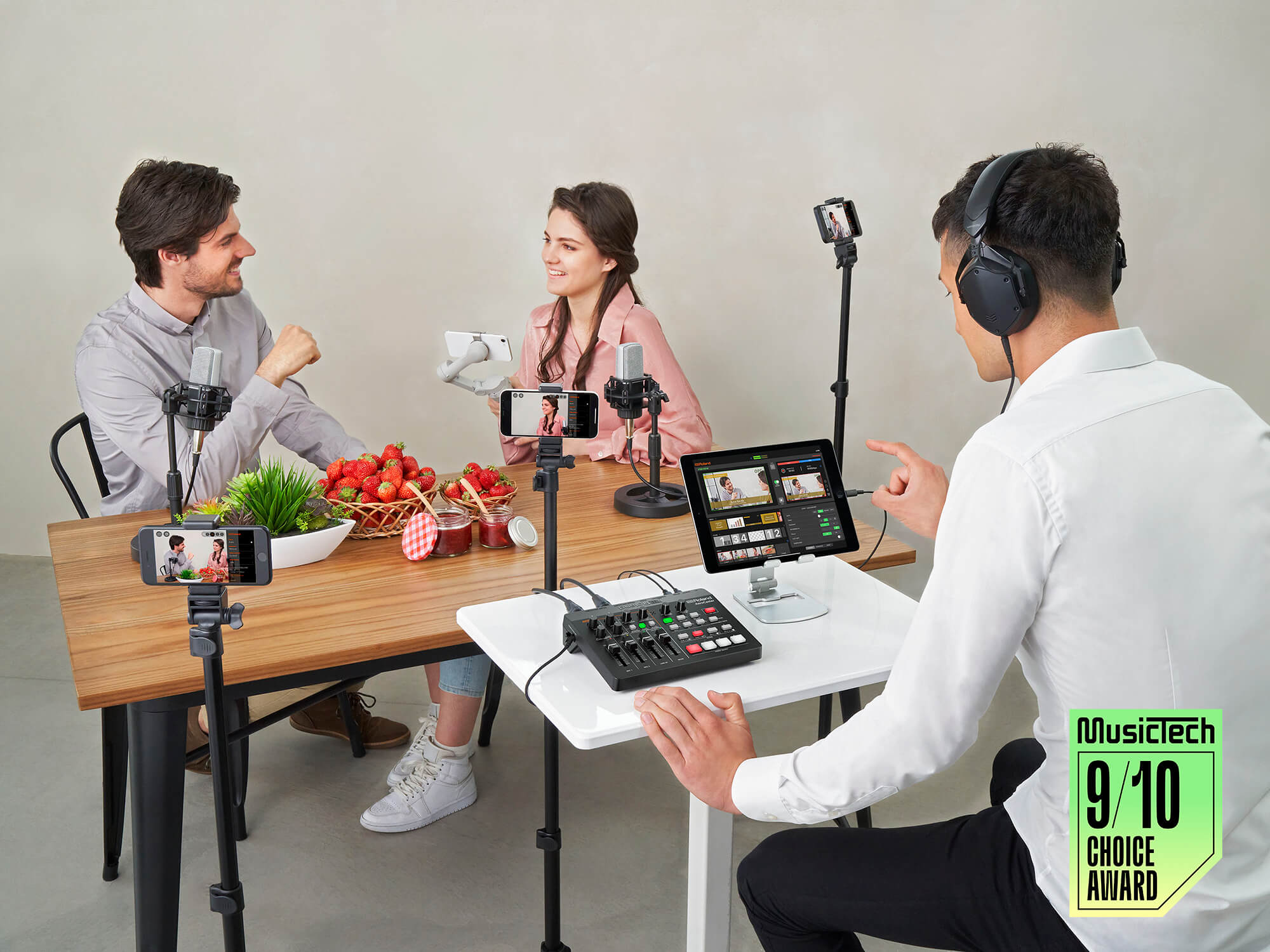 
Roland may be revered for its pro audio gear but the company has, for many years, also produced an impressive range of digital video devices aimed at the broadcast and streaming markets. Its new AeroCaster is a fascinating hybrid of hardware and software that uses mobile tech you already own to provide a cost-effective alternative to buying or renting multiple video cameras or DSLRs. It’s a (mostly) wireless multi-camera vision and audio mixer with live streaming, ideal for bands recording live performances, vodcasts, presentations and more.

The heart of the system is two-fold: the AeroCaster box itself, which connects to an iPad, and the AeroCaster Live app running on the iPad. The box powers over USB-C from a compatible iPad but, to use both mic channels’ phantom power or when connecting to a Lightning iPad, you’ll need to power it separately via its dedicated USB port. Lightning and USB-A cables are provided, though no USB-C – Roland presumes that if you have a USB-C iPad, you’ll have a charging cable for it. 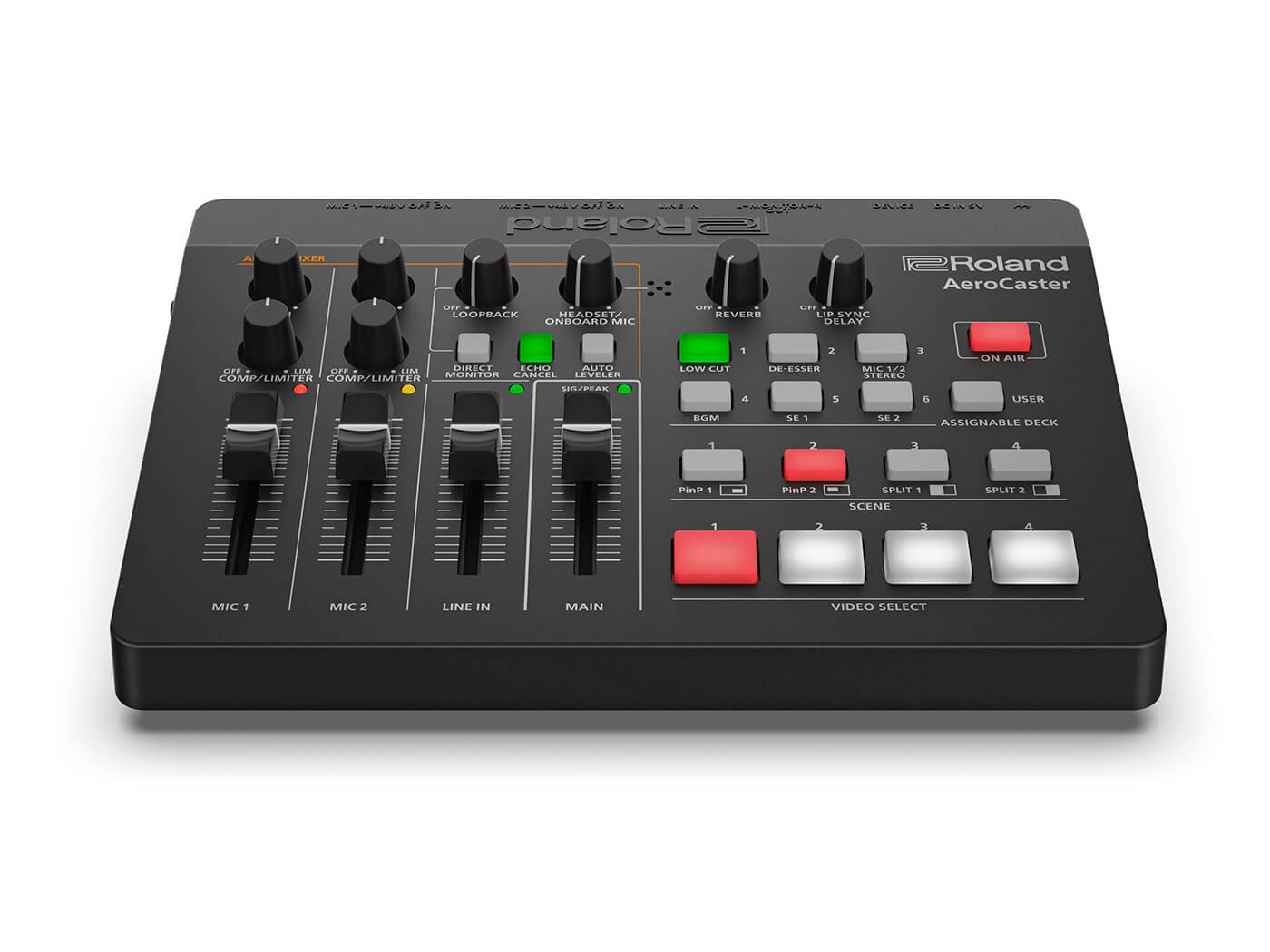 The setup is refreshingly simple. Download the AeroCaster Camera app on up to four iOS or Android phones or tablets, make sure everything is on the same wifi network and that they appear as sources in the iPad app.

There’s on-phone or remote control of zoom, focus, exposure, stabilisation and white balance, and the key iPad’s camera can also be used as a fifth source. It’s also possible to load up media from your iPad such as still images and graphics to drop in, and share a screen from a computer using the Chrome browser.

You can set a bit-rate for the connection with the proviso that higher rates mean some delay, especially when several cameras are connected. A Lip Sync compensation dial on the hardware allows you to compensate for any sync issues at higher bit rates. We did have a few issues reconnecting cameras, with occasional hanging, though once connected they remained solid. Vision mixing can be done in-app and also from the hardware, with four video select buttons, picture-in-picture and split options available. In the app you can also trigger transitions including wipes and fades. 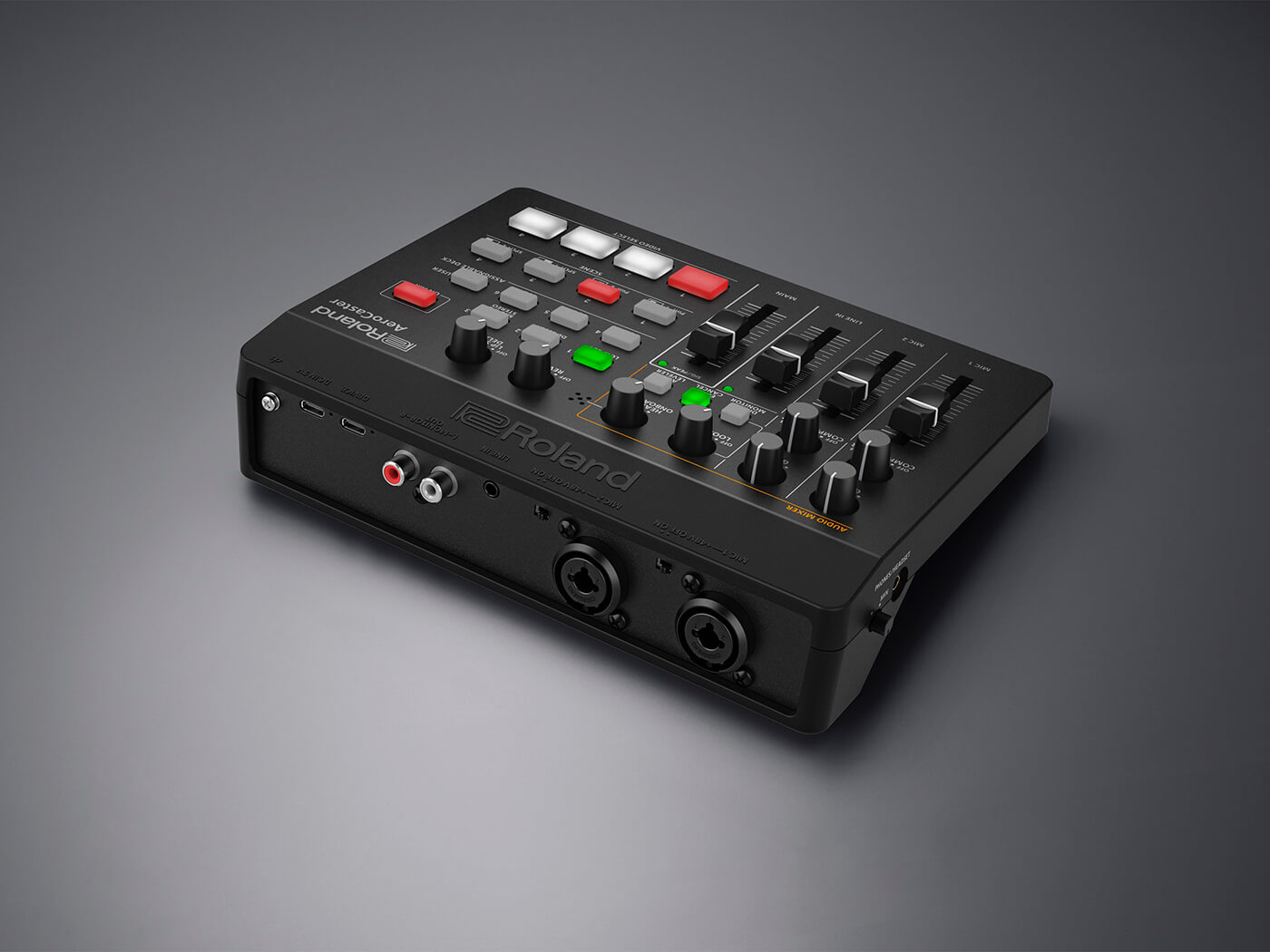 The box, which can also be used standalone as an audio interface, has two combo input jacks with phantom power, a 3.5mm aux in and headphone and line out jacks for connecting to monitors.

The headphone jack supports audio in from a headset mic and there’s an on-body mic too, though both can’t be used at the same time. As well as gain and level controls, there’s a compressor/limiter for the mic channels, a stereo option, direct monitoring, auto level, echo cancel, loopback and low cut, de-esser and noise gate processors.

These buttons also double up as scene selectors and you can store up to 30 presets and switch between them. When you ‘go live,’ you can stream directly to Twitch, Facebook Live or YouTube Live, or record your content directly to your Camera Roll as a movie file. Our audio recordings were clean and clear, with no noticeable noise at sensible recording levels.

The AeroCaster system is an excellent concept, harnessing the video cameras of recent mobile devices to provide a multi-camera setup and accessible vision mixing tools that you don’t need to be an expert to use.

You’ll need to connect microphones (or instruments) since the phones send only video and not sound, although a future update could allow this. The onboard audio tools are highly useful, with one-press effects to clean up your signal that do a reliabe job. And if you were pre-mixing a live performance, you could send the signal from an external mixer to the stereo inputs, getting around the limited onboard ports. For anyone looking to vision mix and broadcast on a budget, it’s an excellent choice.