The seamless blend of hardware and software is a podcaster’s dream, but Røde’s flagship console offers much to musicians as well. 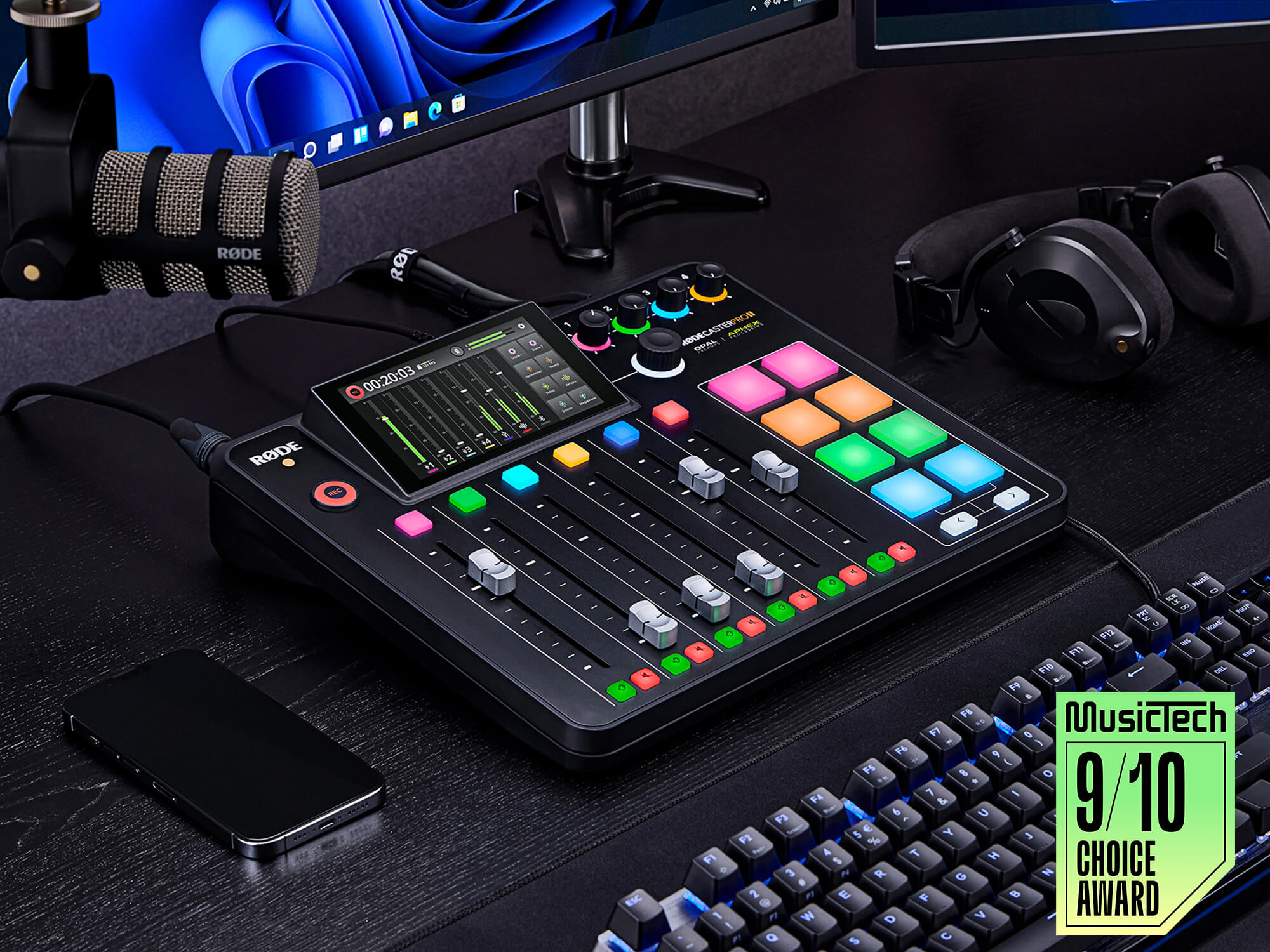 ⊖ Limited audio and session editing onboard – for now
⊖ You can make podcasts on your computer, albeit not this efficiently

We were impressed by Røde’s original Rødecaster Pro in 2019 but, although there’s a likeness, this year’s Rødecaster Pro II is far more than just an upgrade – it’s an altogether more sophisticated proposition. The price has been upped but, considering the extra features you get, the increase isn’t drastic. The comprehensive standalone podcast studio now offers more to musicians and recording artists producing material beyond podcasts too.

The unit is slightly smaller than its predecessor, thanks in part to Røde’s use of software to provide tools such as virtual channels, meaning fewer physical controls are required. There are nine assignable channels in total – six physical faders and three virtual. You also get wifi, ethernet and Bluetooth with music or wide-band speech profiles, the latter of which is able to prioritise voice signals on incoming calls. 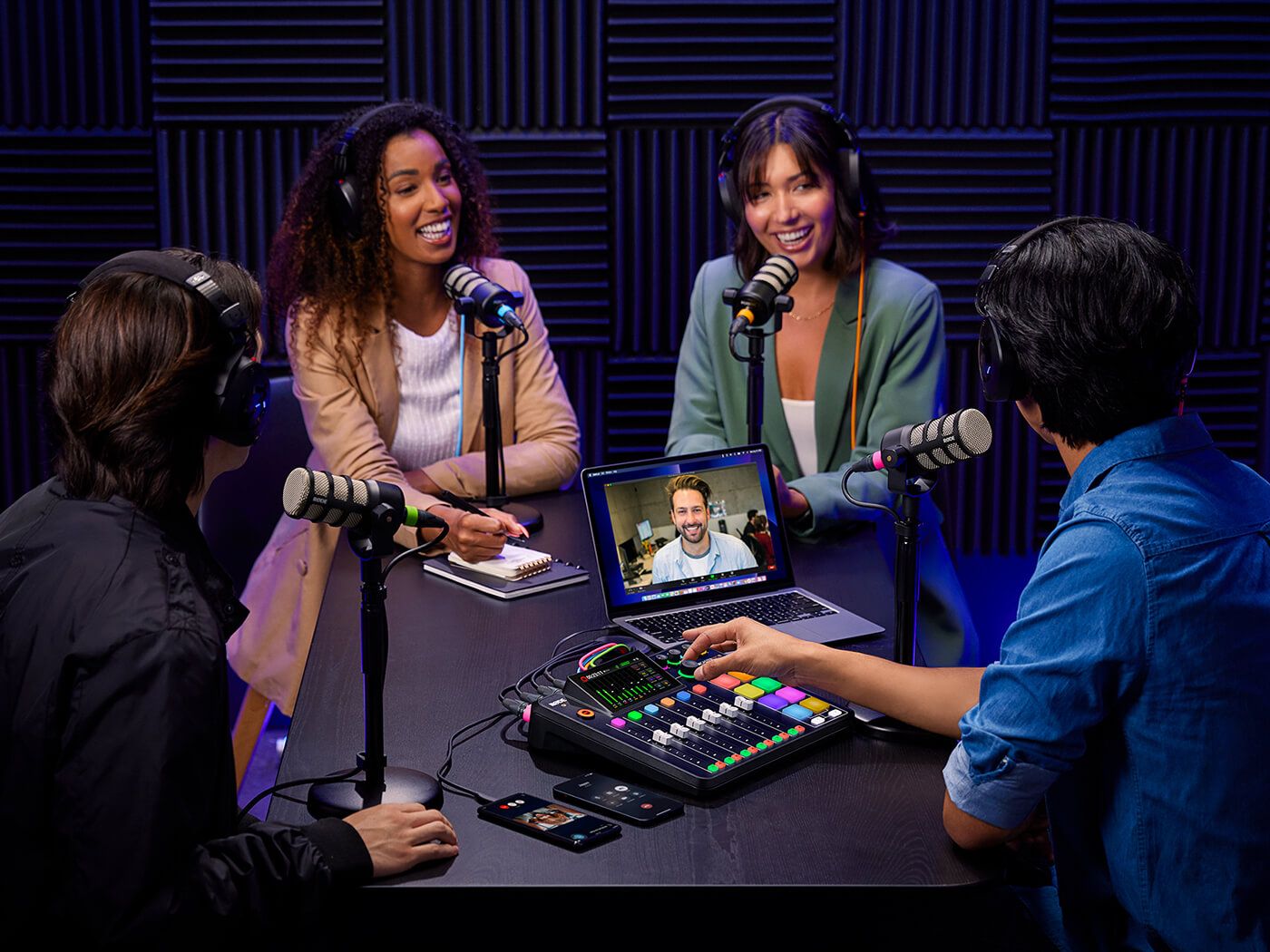 Unusually, the Rødecaster Pro II has two USB audio interface ports. The first connects to your Mac or PC and can send multi-track audio and MIDI, with the Smart Pads capable of sending MIDI messages for triggering actions or notes in software. It also enables a chat channel with its own fader, which can be used to route audio in and out of applications such as Skype – useful when dialling in remote guests.

The second USB port can route stereo audio in from a second computer, a smartphone or tablet, and both USB inputs have a Mix Minus option that prevents echo from ruining your call recordings. You can freely route any source you connect, and there are simple monitor and mute buttons on each channel, a large record button and a rotary control to enter data when using the touch screen.

Its build quality is excellent and feels totally premium, from the casing to the knobs and faders. It’s powered by the bundled 30W USB-C PD adapter, and you also get a robust and lengthy USB-C cable with which to connect to your computer. It can record in three ways, only one of which requires a Mac or PC. The first is to a microSD card, which slots into the rear panel. The second is to an external hard drive that connects over USB. The third is to set it up as a multi-channel audio device in your DAW, whereupon it can stream up to 16 channels for recording.

When recording locally, you’ll probably want to choose the multi-track option where each channel is saved as a separate 24-bit/48kHz audio file plus the stereo mix. You can drag and drop these to a computer for editing, record pre- or post-fader, and bypass the onboard effects, providing clean recordings that ignore your live mixing. Audio can be edited in a basic fashion on the device but this is limited to trimming start and end points and adding fades in and out. It’s not inconceivable that Røde could add more advanced onboard session editing but the size of the screen could make this tricky. 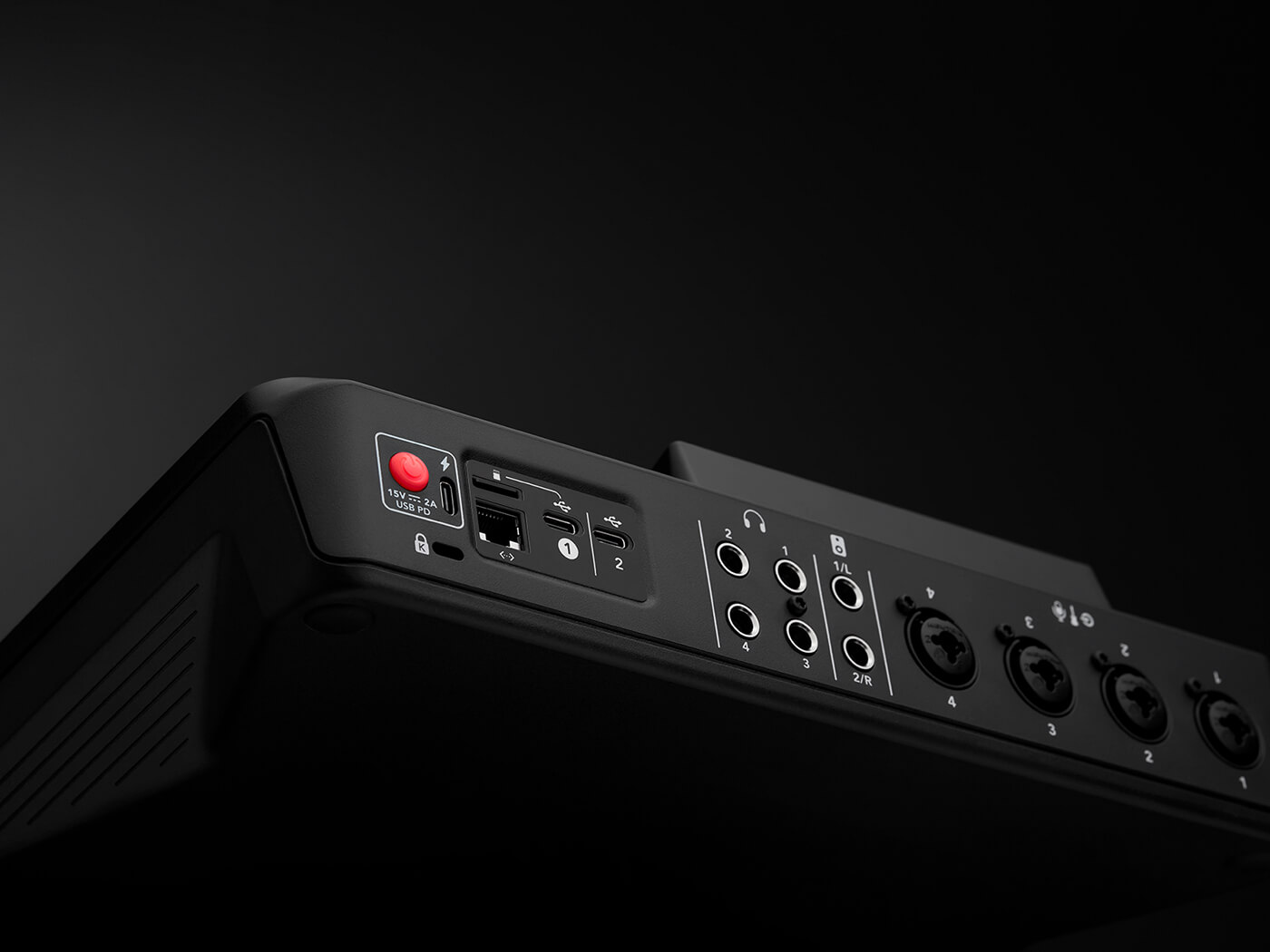 Speaking of the screen, it’s a high-quality 5.5-inch touch surface with plenty of brightness, haptic and audio feedback though the audio ‘beep’ can be safely turned off since touches register reliably. The layout of the device blends software and hardware in a clever way, with channels that can be assigned to any source in software using the screen. The four neutrik combo jacks on the rear let you connect XLR or quarter-inch jacks, and presets for certain mics will load appropriate channel settings. Four headphone outputs have individual gain knobs and you can use the screen to choose how audio is routed within the system.

There are eight backlit Smart Pads, each with eight banks, for a total of 64. They’re easy to programme by assigning commands to them via the display. These include playing audio clips, sound effects or files (you can drag and drop your own via the desktop app), sending MIDI commands or activating effects. The internal quad-core chip powers a set of onboard effects from Aphex, which include reverb, echo, pitch and robot, and can be punched in or out using pads or left on latch mode for any given channel. It’s fun and feels like live-DJ’ing a session. There are also more mix-oriented effects available per-channel, including the Aural Exciter, Big Bottom, compressor, gate, filter, de-esser and EQ, as well as the Compellor master compressor and leveller. 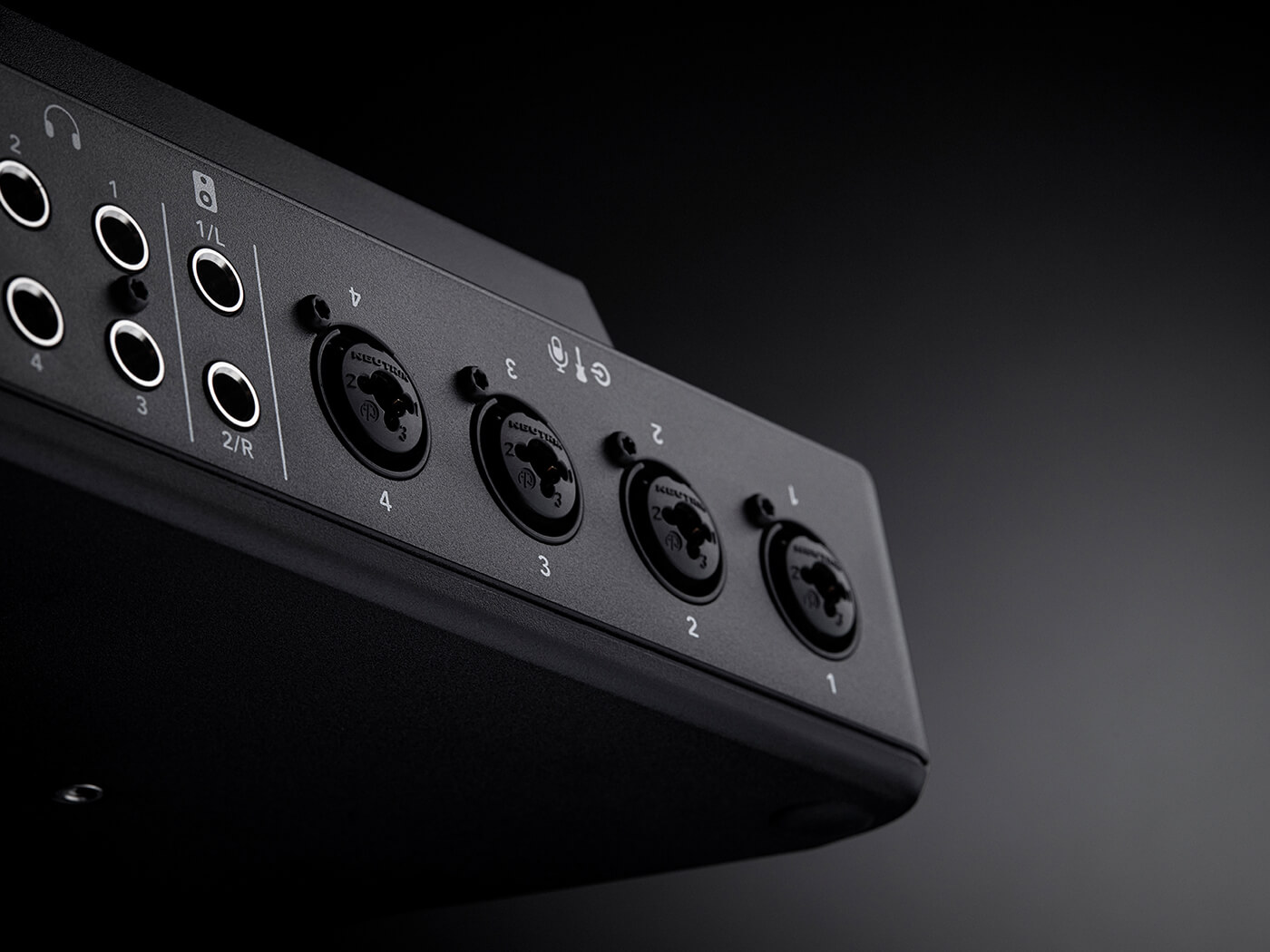 The Revolution preamps have a low noise floor and high gain, meaning it’s possible to get very clean recordings right away, as well as drive a wide range of mics, including those that require phantom power. In our tests, recording both to a microSD card and streaming to a MacBook Pro using a number of mics from Røde and other manufacturers gets us excellent results – especially after dialling in a little sparkle and EQ using the onboard effects. The Røde Central app for macOS and PC is straightforward but very useful, enabling firmware updates and also customisation, the drag and drop of sounds, file management and more.

Røde’s Rødecaster Pro II is a powerful studio-in-a-box perfect for standalone podcast recording, but it also integrates well with external devices for the streaming in of conference calls, for music, and for streaming out to a computer for stereo or multi-track recording. The touchscreen is a game-changer thanks to the friendly and appealing design of the operating system. It’s bright, clean, colourful and informative, and makes complex routing tasks easy to follow. 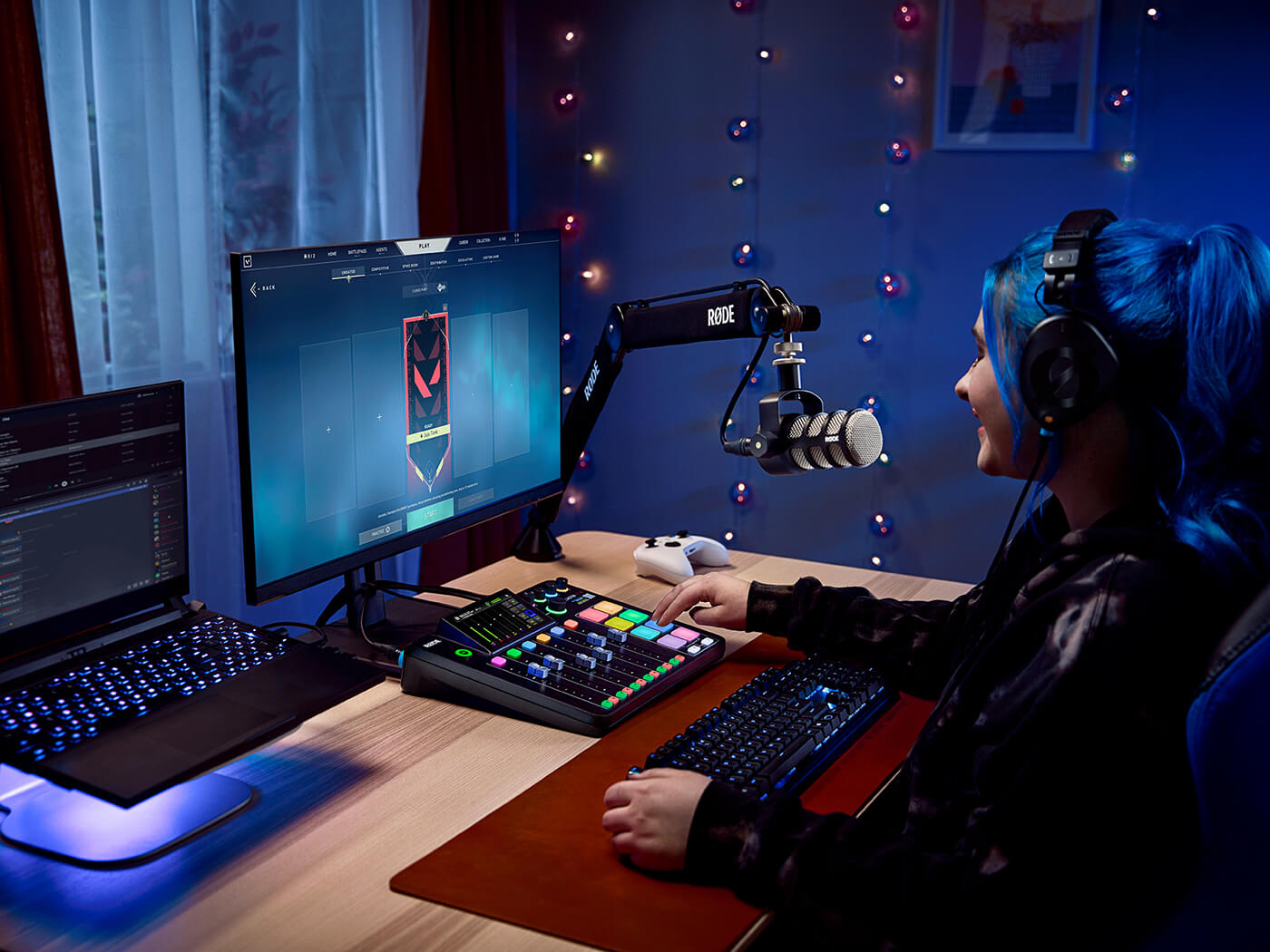 Its onboard effects are a mixture of fun and serious, and you can bake these into your recordings or capture clean takes instead. The implementation of the Smart Pads is well done and setting up your own custom banks is simple and genuinely useful. It’s a shame you can’t do more in terms of editing whole sessions internally at present, but Røde promises regular updates.

Though it works well as a device for musicians (multi-track recording to card with effects and no computer can be very handy), what you’re really paying for here is the podcast focus, with the onboard DSP powering everything you need to record – if not yet fully edit – multi-tracked and effects-shaped podcasts, streams and broadcasts. 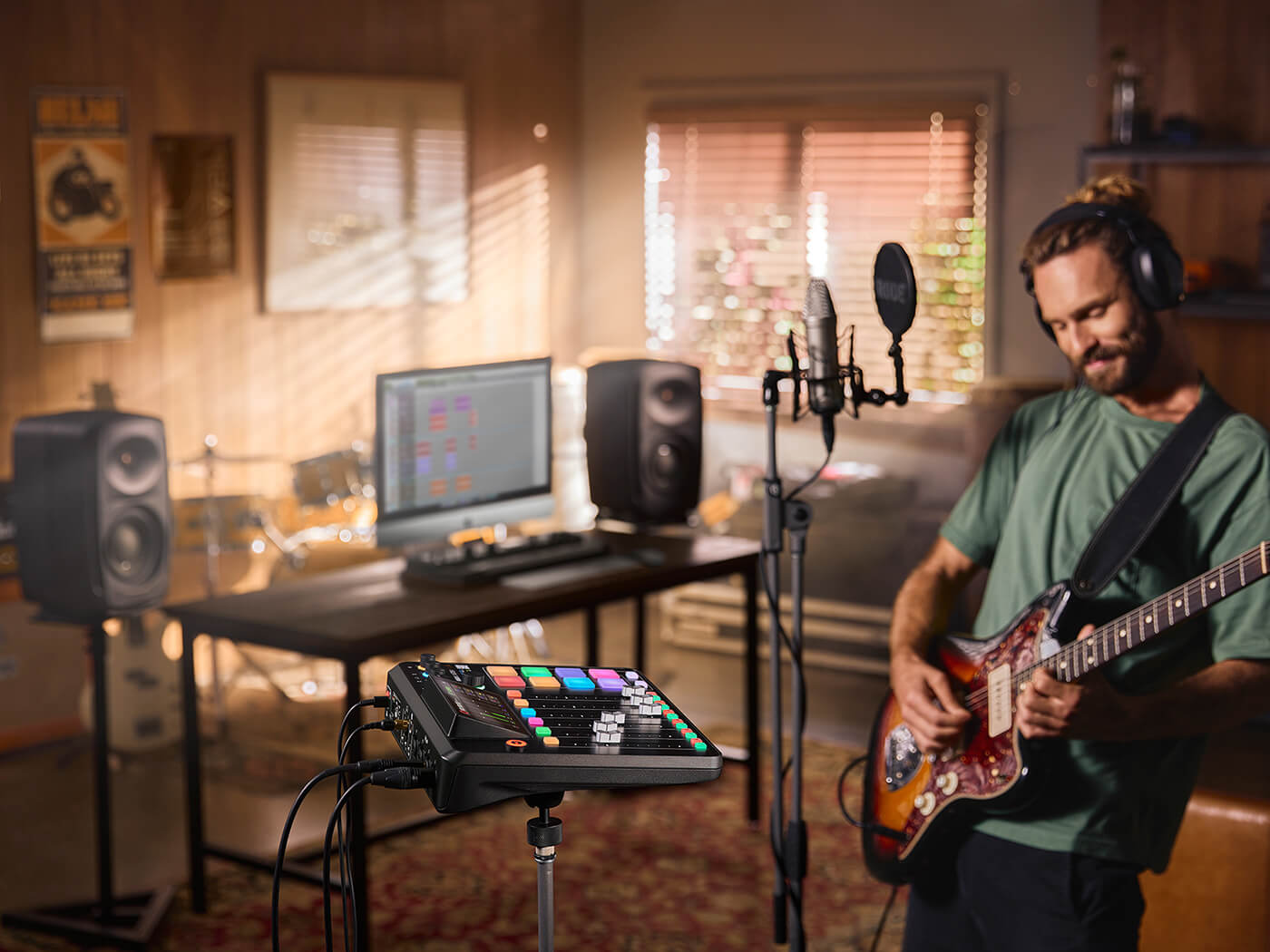