by Will Betts
#Microphones
Reviews

Can Rode’s little PodMic give the broadcasting heavyweights a run for their money? We pit it against the industry-standard Shure SM7B. 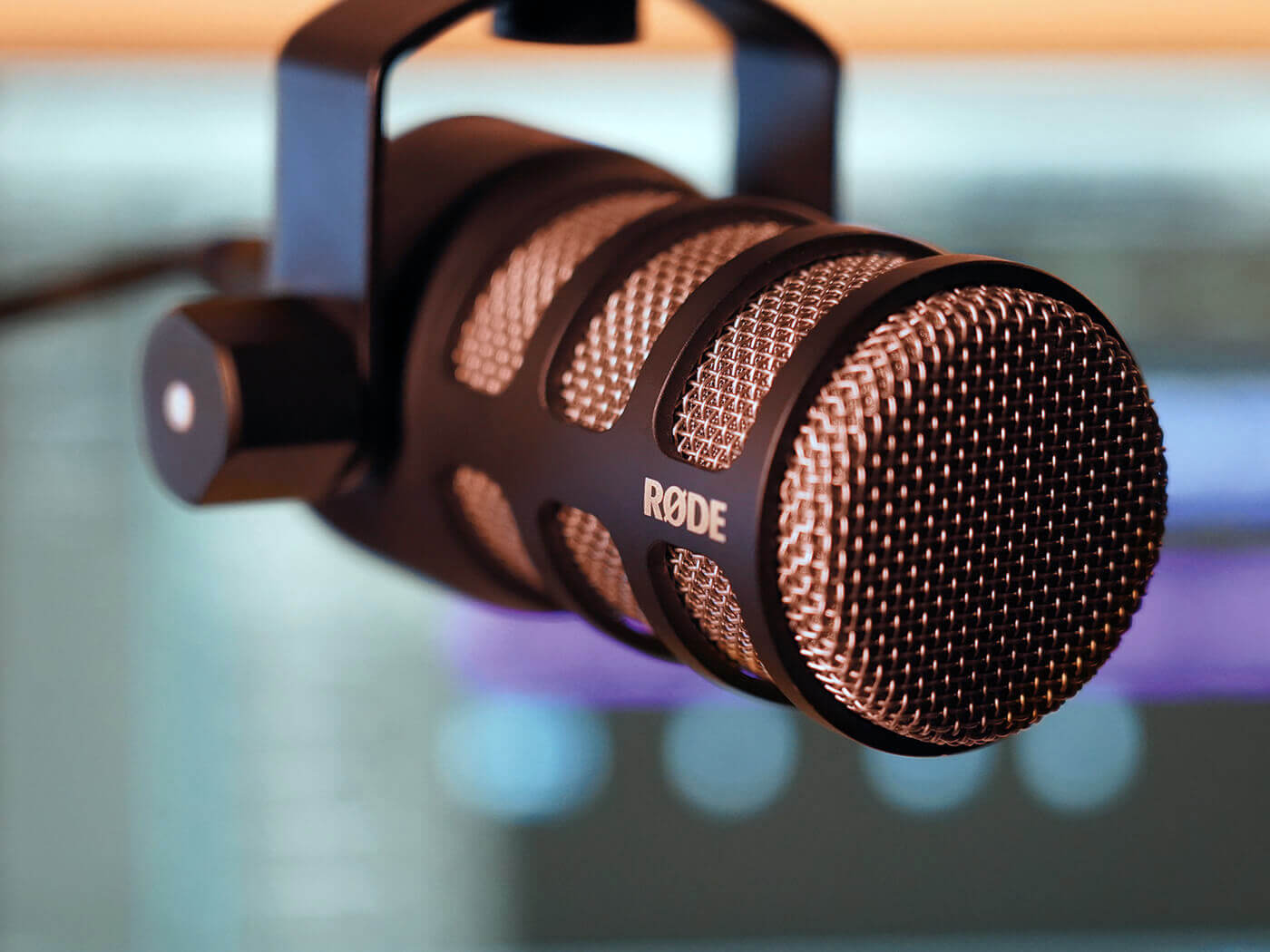 Røde has been making some great moves in the world of podcasting in recent years. With its little PodMic, it is creating tough competition for classic broadcast microphones at a fraction of the price. So, for this review, we’ve pitted the PodMic against the de-facto podcast/broadcast standard: the Shure SM7B.

We’ve spent a decent amount of time with the PodMic. Not only have we been using it to record the MusicTech My Forever Studio podcast for the better part of a year, but it’s also been pressed into action for frequent Zoom calls.

The PodMic is small but hefty. The main body of mic is only 12cm in length and under 6cm in diameter, making it significantly smaller than other pro mics in this area, which is great for cramped spaces. And, at just shy of 1kg, it’s heavier than the SM7B, giving it a premium, rugged feel. The finish is pretty posh as well – it’s a very similar matte black powder coating that’s on the Shure. It feels like it would easily survive being dropped repeatedly, not that we’d recommend doing that.

Ergonomically, it’s pretty well-conceived, though it’s not quite as versatile as the SM7B for positioning. The only flaw in the design is that the XLR plugs into the back of the mic, preventing a full range of motion within its bracket. In practice, this is no issue at all. And the nuts for loosening the mic body in the cradle are far easier to use than the SM7B’s.

It’s unlikely that anyone is going to be reaching for Røde PodMic for Michael Jackson-style singing in the control room. One reason is that it’s not really designed to be picked up and held like an SM7B – the mounting bracket just isn’t long enough. The second is handling noise. In our tests, the PodMic, while significantly less susceptible to handling noise than a Shure SM58, was not quite as immune as the SM7B. In a podcast setting, where mics are repositioned from time to time, the PodMic performs admirably, as long as the supporting mic stand or boom arm isn’t too creaky. Do yourself a favour and don’t get one of the £15 ones off Amazon.

The low barrier to entry for podcasting means that recording often happens in spaces that lack acoustic treatment – bedrooms, living rooms, wardrobes, etc. So, it’s essential that these mics are less sensitive and preferably very directional, so they don’t pick up your terrible room sound, or your guests’ voices. Thankfully, the Røde PodMic does this admirably. Unless you’re in a tiled room, the PodMic rejects enough off-axis noise that the result sounds very professional. It performs well but doesn’t quite have the isolation of the industry-standard SM7B. Yet, even with heavy compression, the mic doesn’t give away much about your surroundings.

The proximity effect on the PodMic is very prominent, too. This has pros and cons. If you’re looking for that rich, booming radio broadcaster sound, you can achieve that if you get very close. The bass falls away as you move a couple of inches off the mic, along with the level. And for most applications, that’s where you’ll want to be: about two inches off the grille. The pickup pattern is cardioid rather than hypercardioid, meaning you can be 20 degrees off-axis and your tone won’t dramatically change. This is useful if you tend to move a bit while you talk. Beyond 90 degrees off-axis, sound rejection even up close is impressive.

The lack of sensitivity and excellent off-axis rejection means that you can capture cleanly separated audio from three or four PodMics even in relatively close quarters, which makes the edit more flexible. 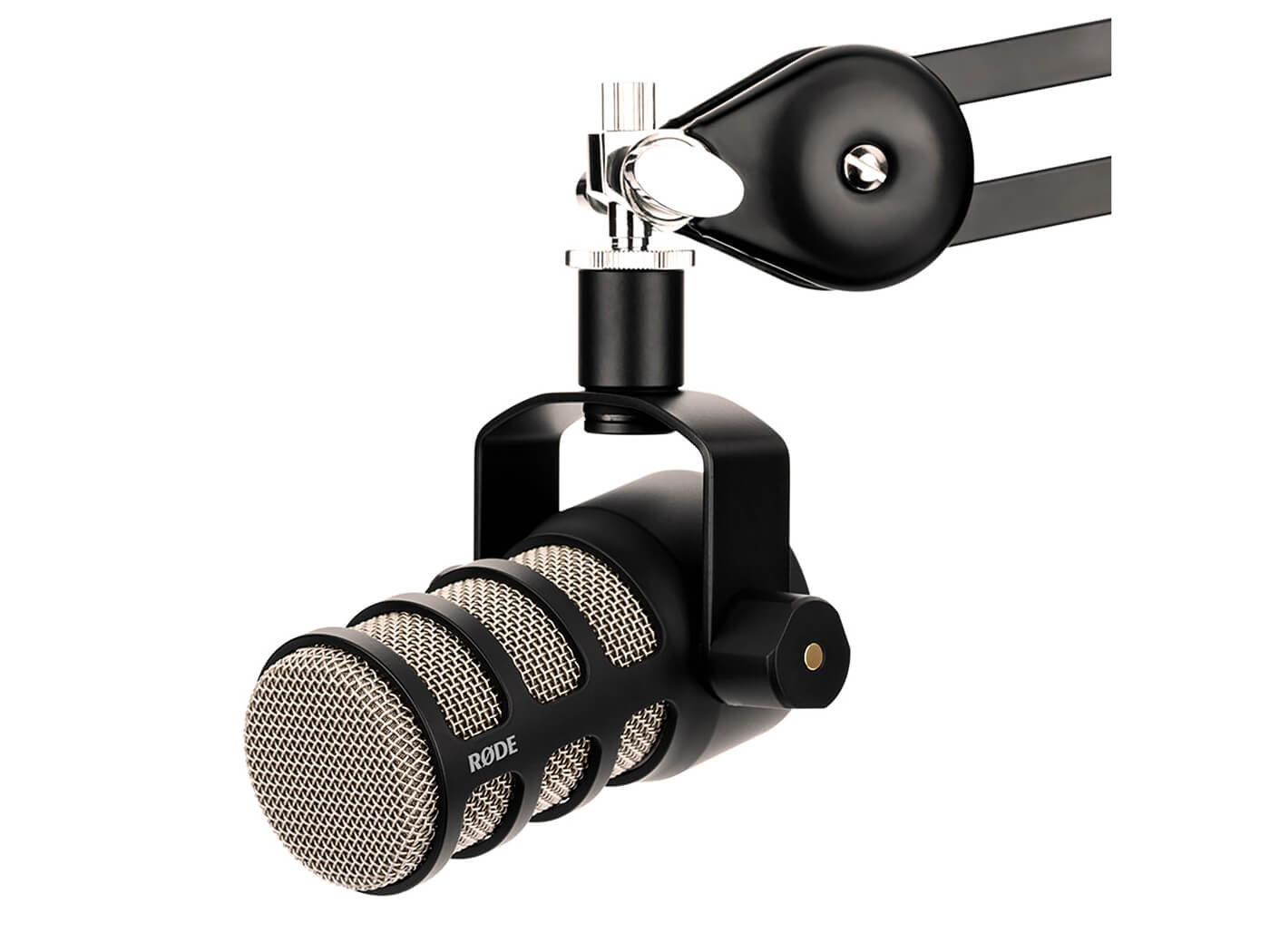 One of the PodMic’s big selling points is its built-in pop filter, which does minimise some plosives. However, when we recorded an episode of the MusicTech podcast using PodMics and no additional pop filters, there were still quite a few pops to fix in post-production. The best way to save yourself time editing plosives is to pick up the WS2 Pop Filter, sold separately for about £15/$20. Ideally, the PodMic would ship with the WS2, because it improves the experience of using the mic so dramatically, but we’ll forgive Rode on account of the mic being so affordable in the first place. With the WS2, the PodMic loses a little top end, but that’s not necessarily a bad thing.

Tonally, the PodMic has a decent amount of low-end, with a hump at around 150Hz. The mids are articulate with small peaks at about 900Hz, 4kHz and 5.5kHz, notably dipping in the sibilant 7kHz region. Finally, there’s a small boost around 9kHz for a little sheen, rolling off from about 11 to 15kHz. The result is a mic that sounds polished without much processing. The dip at 7kHz means that sibilance is less of a problem, but if you have a particularly sibilant voice, then you’ll still need to break out the de-esser.

Although it’s not an entirely fair test to pit the PodMic against the much more expensive SM7B, it compared favourably in our sound tests. The PodMic sounds a lot like an SM7B with its presence boost engaged. Of course, there are no switches on the PodMic to adjust settings, but it does take compression and EQ well. It’s worth being aware of the frequency response before fighting the character of the mic, though.

On a male voice, the PodMic sounds excellent, but when compared to an SM7B with the presence peak switch engaged, the PodMic sounds a little brittle in the high frequencies with harsher sibilance than the Shure. But, it’s not $300 worth of difference. It’s possible to iron out most differences in tone with dynamic EQ.

On a female voice, the PodMic sounds rounded without processing but can be a little harsh when heavily compressed, and we find it benefits from a low-end boost.

In the world of podcasting, if the SM7B is the king, then the queen is the Cloudlifter, a box for turning +48V phantom power into 20dB of clean gain. This boosts the notoriously low output from the Shure so it will work with cheap audio interfaces that don’t offer vast amounts of gain. But does the PodMic require such a device? Not in our tests. While the PodMic’s sensitivity is low by design, in practice, it’s still 5-6dBs louder than the SM7B.

Because many podcasters record into their computers and will have masses of electrical equipment nearby, shielding is an issue worth considering. We did notice a very small amount of high-frequency electrical interference on the PodMic, where the Shure had none.

When paired with the RødeCaster Pro podcast recording station, with its Aphex  Big Bottom and Aural Exciter processors, the low-end of the PodMic gains a pleasing heft. And with the RodeCaster pro 2.1 firmware update that came out in April, you can now tweak the mix and harmonics amount on the Aural Exciter for a tasteful amount of top-end sparkle. Of course, you can also do this in your DAW with an exciter plug-in if you’d prefer. The key here is that conservative use of harmonic exciters might deliver better results than a standard EQ.

As previously mentioned, pitting the PodMic against the SM7B isn’t exactly a fair test, but we were pleasantly surprised by how well the PodMic performed. And, for our money, being able to buy four PodMics for the price of one SM7B clinches it. If you’re looking for a podcasting mic, the Røde PodMic is an absolute steal. 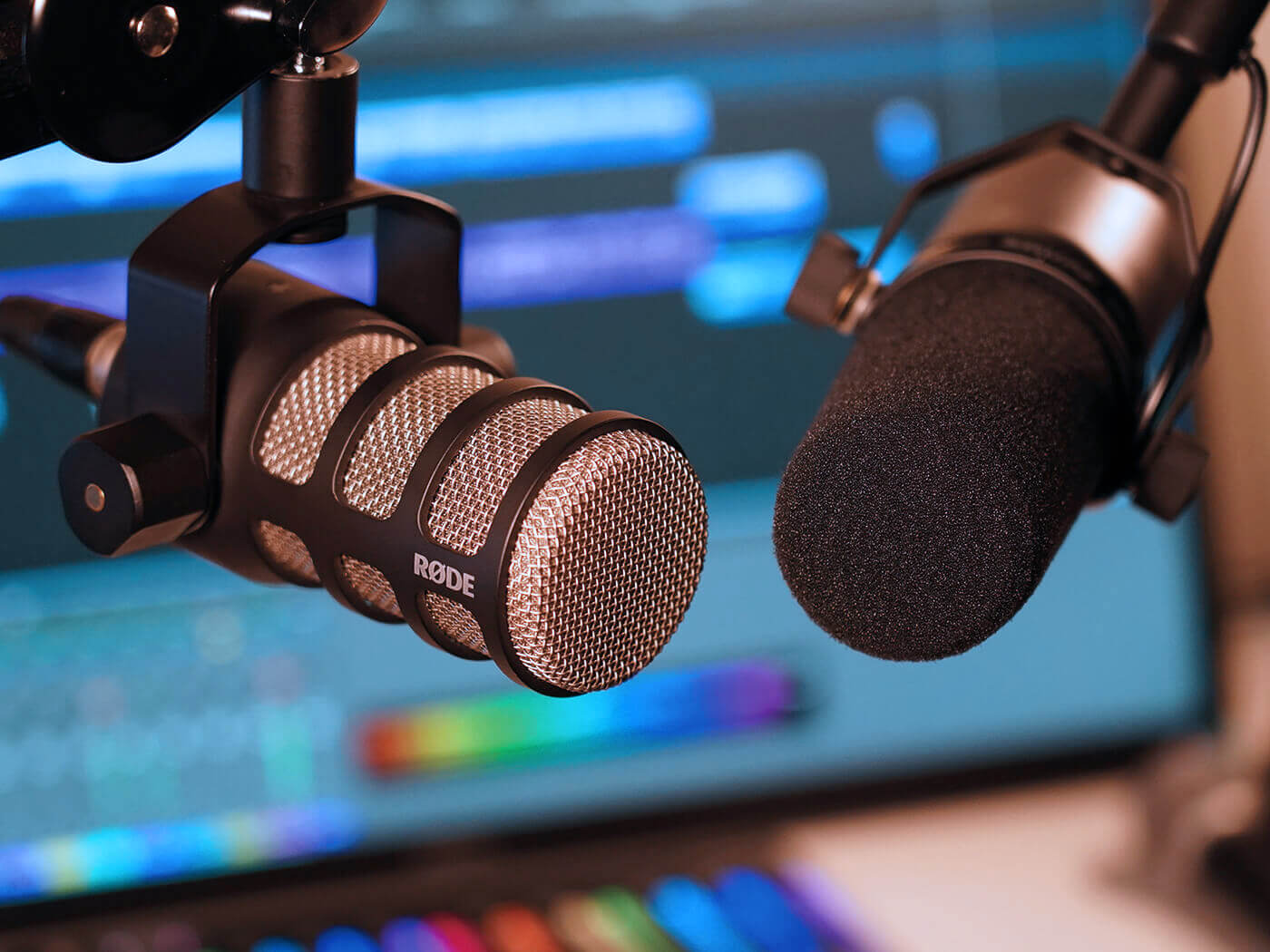 If you want to dip your toe in the podcasting waters, Røde’s affordable PodMic is an impressive microphone solution. Frankly, if you’re thinking about getting a Shure SM7B, you owe it to yourself to try the PodMic next to it. You’ll be surprised by the sound quality. With its excellent off-axis rejection, production-ready sound and rugged build quality, it’s a far better mic than it has any right to be for the price.

This professional broadcast microphone is notably used by the lord of podcasts, Joe Rogan. It takes processing well and has low-cut and presence boost switches for tailoring the tone to your voice.

For a similar price, you can get a hand-built British model from studio mic experts Sontronics. This similar design also comes in red and connects to a games console via XLR-USB cable.