Don’t be fooled by its clean-cut good looks, the Babyface Pro packs a punch. RME’s latest update to the handsome and high-quality portable interface adds watertight timing circuits and much more. 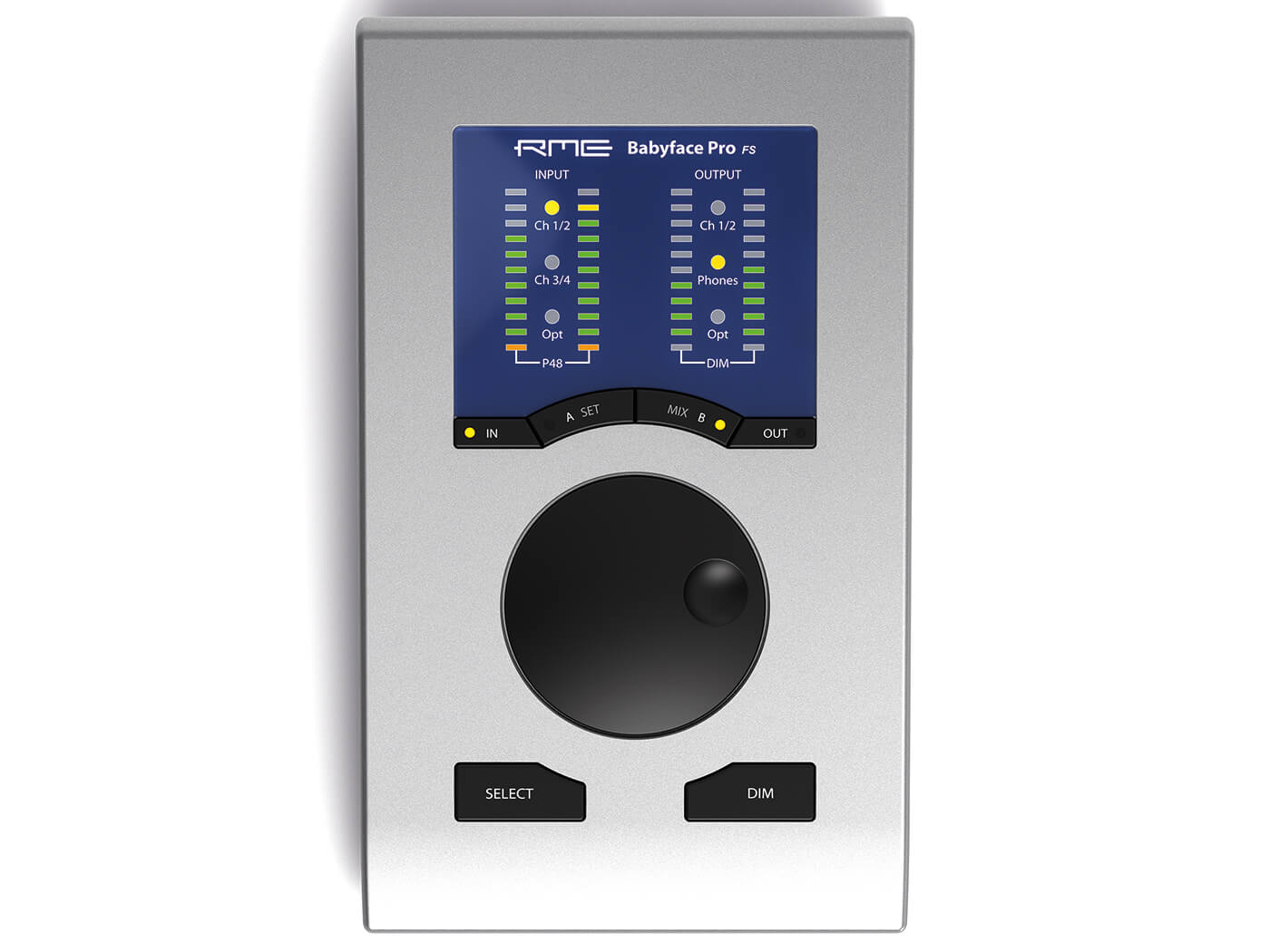 When the RME Hammerfall DSP audio interface hit the market little more than 20 years ago, it created something of a stir. The design standards and engineering quality packed into the hardware ensured exceptional audio performance, while its generous daubs of signal-wrenching processing grunt gave Hammerfall the bussing and mixing flexibility of a fully fledged mixing console.

The company’s reputation for engineering and sonic excellence duly sealed, RME has since become one of the go-to manufacturers for high-end professional studios and production facilities that demand dependable performance and features. Its latest offering is an update to the diminutive Babyface Pro audio interface – the Babyface Pro FS, still cute but with strength beyond its years.

An upgrade to the original Babyface Pro rather than a total overhaul, the Pro FS is built into the same tough chassis milled from a single block of aluminium. The unit is small – about the size of a thick paperback book – with a slight slope to its upper surface to tilt its controls towards the user. The interface will feel right at home as part of small-project studios but its compact size and bus powering makes it perfect for portable setups too, including outside-broadcasting vans and small post-production suites. It even comes in its own moulded hard case, replete with slots to store its cables, to protect it during transit.

The Pro FS’s core features are largely the same as its predecessor: four analogue inputs – two via XLRs and two provided as full-sized (6.35mm) jacks – feed into a powerful internal mixer from which they can be bussed to your DAW for recording, and bussed to the unit’s outputs for monitoring. These are a pair of XLR main outputs, and a pair of independent headphone busses, one feeding a standard jack socket, the other a mini-jack socket.

The Pro FS’s XLR-equipped inputs feature digitally controlled mic preamp circuits, and these have been upgraded too, with the signal-to-noise ratio having jumped from the original’s 112.2dB to 113.7dB. They also boast 76dB of gain range and individually switchable phantom power, as well as a PAD circuit that reduces preamp sensitivity, ideal for loud signals and for allowing the XLR sockets to act as line inputs.

There’s a potential problem here, however. Facilitating line inputs via a mic input and PAD may allow for an exceptionally low-noise line input path but it introduces the risk of inadvertently sending phantom power into the guts of a synth or effects processor – and thereby frying it. It makes me wonder if hybrid XLR/jack sockets might have been a safer option.

Digital I/O is provided via a pair of optical connectors. These can operate in stereo S/PDIF mode or in multichannel ADAT mode for up to eight additional channels of I/O. The Pro FS also provides a MIDI I/O bus that I, as the owner of a fair few older synths, find very welcome – it’s too often absent on modern audio interfaces. All inputs now benefit from the addition of RME’s SteadyClock FS timing circuit too, doubtless the source of the unit’s new ‘FS’ badge. This super-accurate clock source keeps all of the digital converters and signals in sync, allowing the updated Babyface to boast ultra-low jitter. 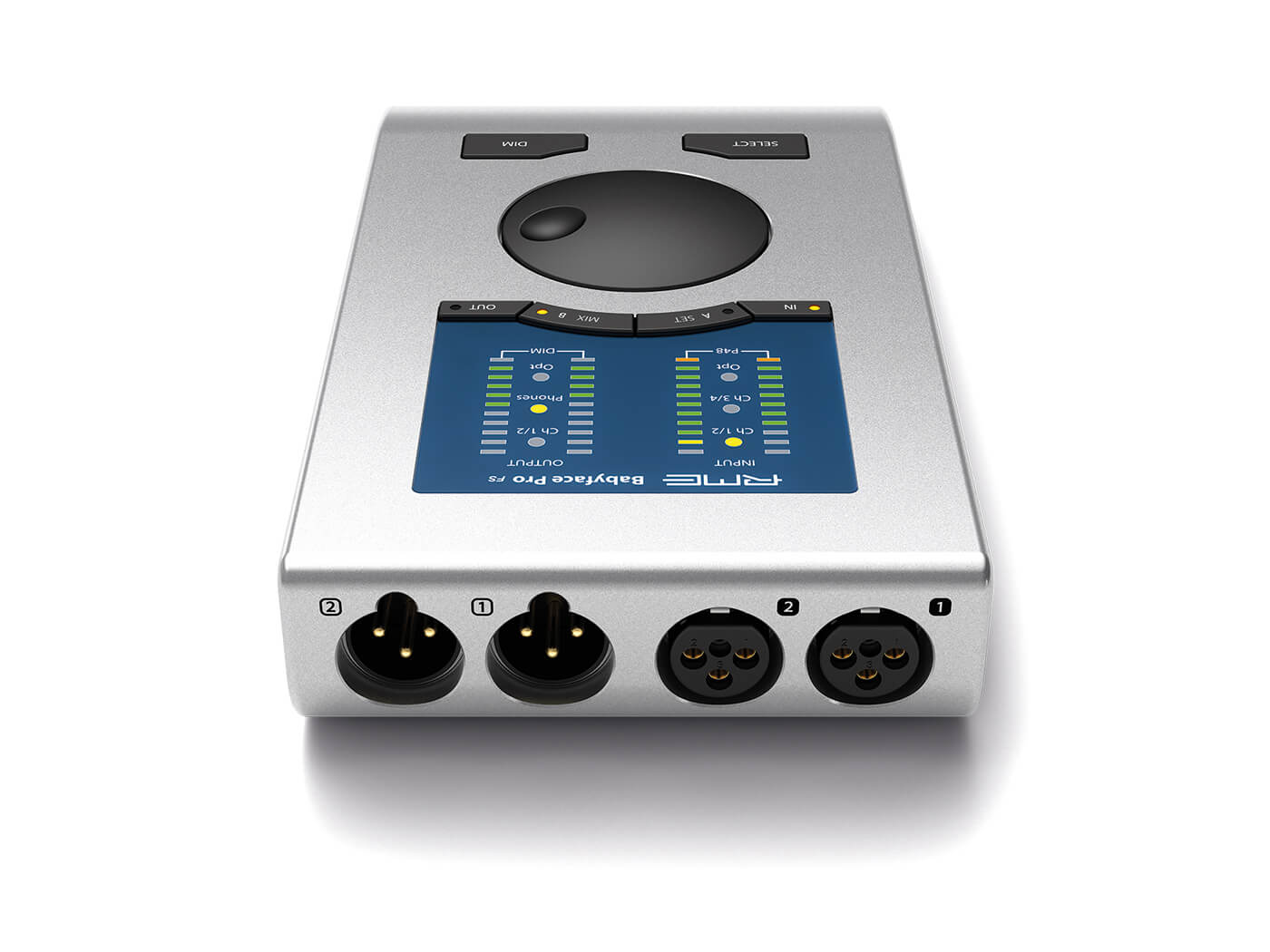 While the Pro FS has its own DC power connector, the unit can operate bus-powered via its USB2 connector, and most host computers will have no problem providing sufficient juice this way (the new updates haven’t impacted the Pro FS’s power consumption). Although USB2 is relatively old technology, by sticking with it, the German company has ensured that its new interface remains an option for those still working with older computers – and it continues to support such older systems in its driver, firmware and software releases.

This is commendable in a world that too often tries to force computer users into endless cycles of updates and renewals, and it demonstrates how well RME understands its customer base. Like many studios, RME keeps its expensive music-production systems running way past the time when their host computers would be considered obsolete by more general IT environments.

The Babyface Pro FS is compatible with any version of Mac OSX/macOS from 10.6 onwards, and on any Windows version all the way back to XP SP2. But this doesn’t mean the new Babyface is old hat – the unit is class-compliant too; it can be used with any operating system that supports the standard, including mobile OSs and many Linux distributions (although some of the advanced functionality would be inaccessible in this mode). 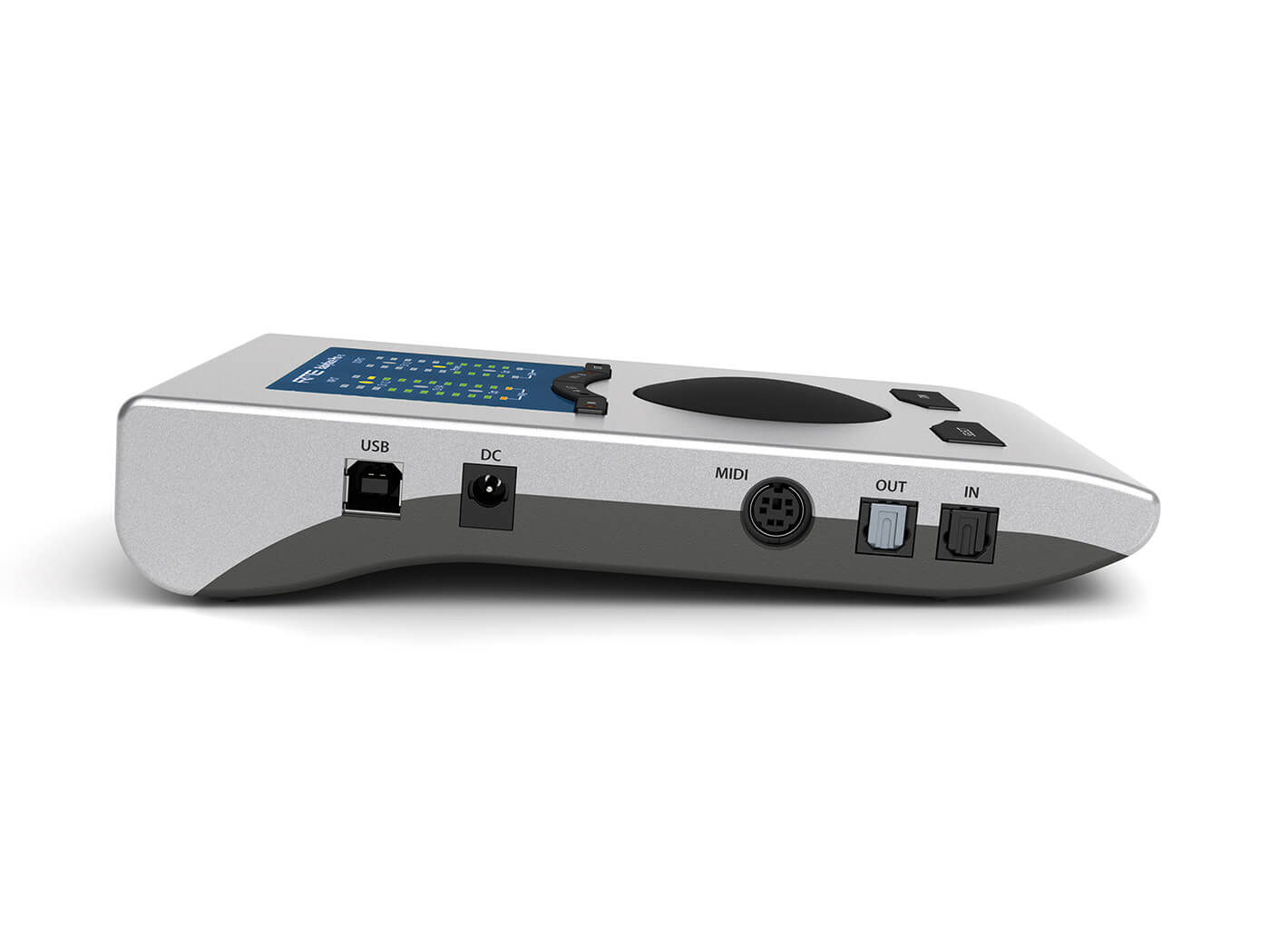 The buttons and large data-entry dial on the top of the unit provide access to basic settings such as input gain and output levels, and output pan/balance, but to get at the full flexibility of the Pro FS, you have to fire up the TotalMix FX software. The routing flexibility of RME’s mixing engine is such that, at first glance, TotalMix can look a bit daunting, but it’s actually quite logical: hardware input channels are laid out at the top, DAW playback channels in the middle, and hardware outputs at the bottom.

Once you’ve grasped the concept, it makes for a straightforward system and grants you quick and easy control over direct-monitored cue mixes, internal loopback busses, and all the rest of it. The cue sends for each hardware bus have their own 3-band EQ, along with a send to an internal effects processor, which provides a bit of sculpting, with reverb and/or echo on the direct-monitored signal. There’s also a clever trick for converting a mid-side encoded input into a standard stereo signal for monitoring.

TotalMix FX can control up to three Babyface units, and acts as a flexible hub that combines the devices into a single unified system. It can also be controlled via MIDI and there’s even an app, TotalMix Remote, for iOS, Mac and PC that allows you to control the mixer from another device on your network.

For those looking to get top-notch performance and pro-grade engineering from a small and portable audio interface, the Babyface has always been a terrific choice. With its slew of updates, RME’s latest incarnation has raised the bar. There are no bells and whistles here – no DSP circuit modelling, no onboard processing support for your DAW, or anything of that sort. Rather, what you get with the Babyface Pro FS is a flexible, expertly engineered, pro-grade workhorse with first-rate sound quality that you can pop into your laptop bag and take anywhere. 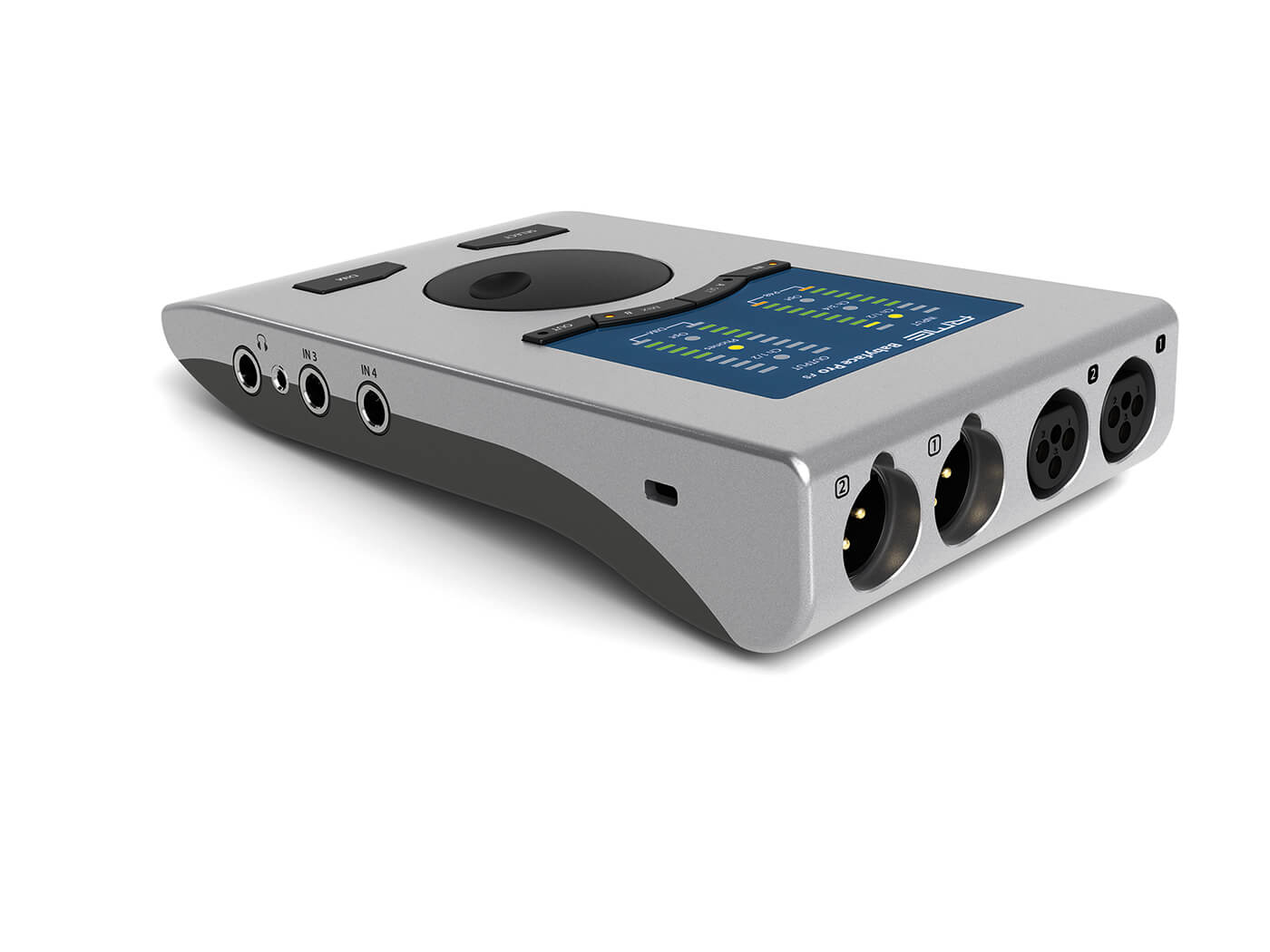 Compact, portable audio interfaces are ten a penny but, with so many focused on the consumer and ‘prosumer’ end of the market, it can be difficult for professionals and semi-pros to find something that offers the features and quality they demand and expect.

RME’s Babyface Pro has been a popular solution to this conundrum since it first hit the shelves in 2015, and the German firm seem to have been careful not to change the Babyface recipe too much with this latest model, instead bringing sensible incremental improvements to the unit. The continued support for the older computers and operating systems found in many studios should make the Pro FS particularly interesting to those who don’t want to replace their entire rig for the sake of an audio interface upgrade. 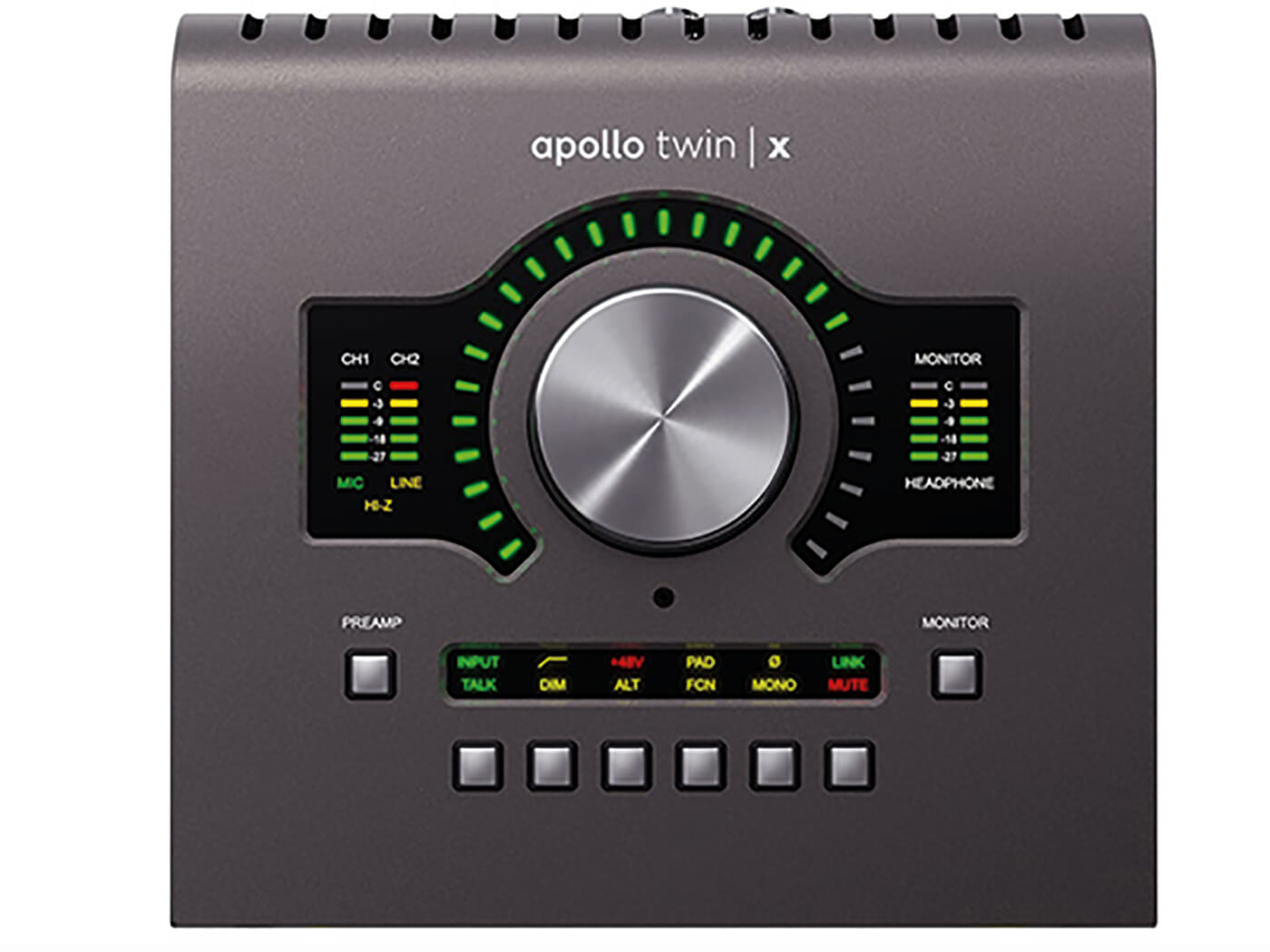 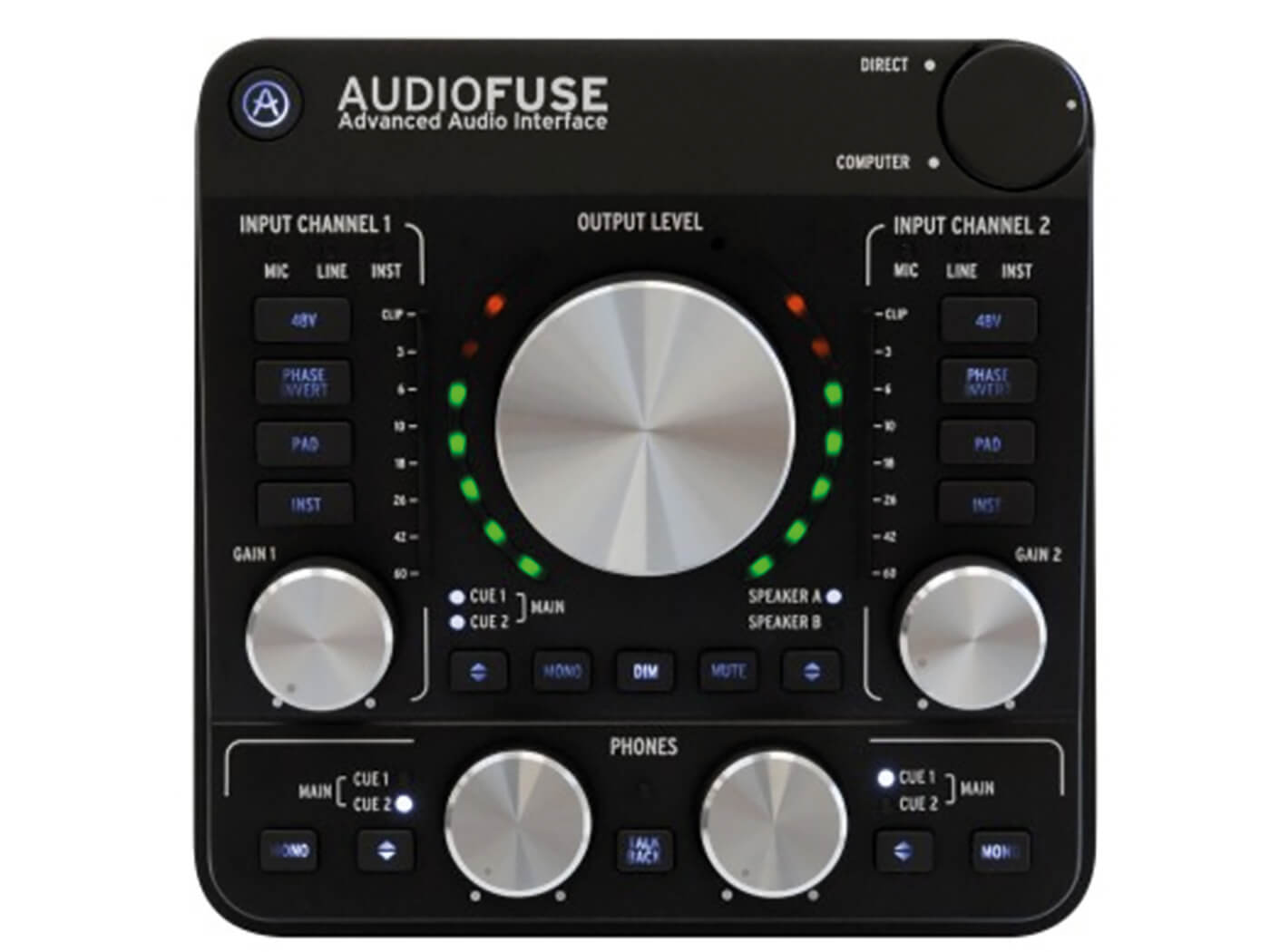 A compact audio interface with a lot of connectivity options, this unit provides four channels of analogue I/O, separate S/PDIF and ADAT digital I/O, MIDI I/O, RCA phono inputs, insert points on the mic inputs, and even a USB hub.