The MBC places a Class A analogue signal path, VCA limiting, switchable transformers and Silk saturation control before high spec stereo AD conversion in a 1U package for mixing, mastering and two-track finessing. 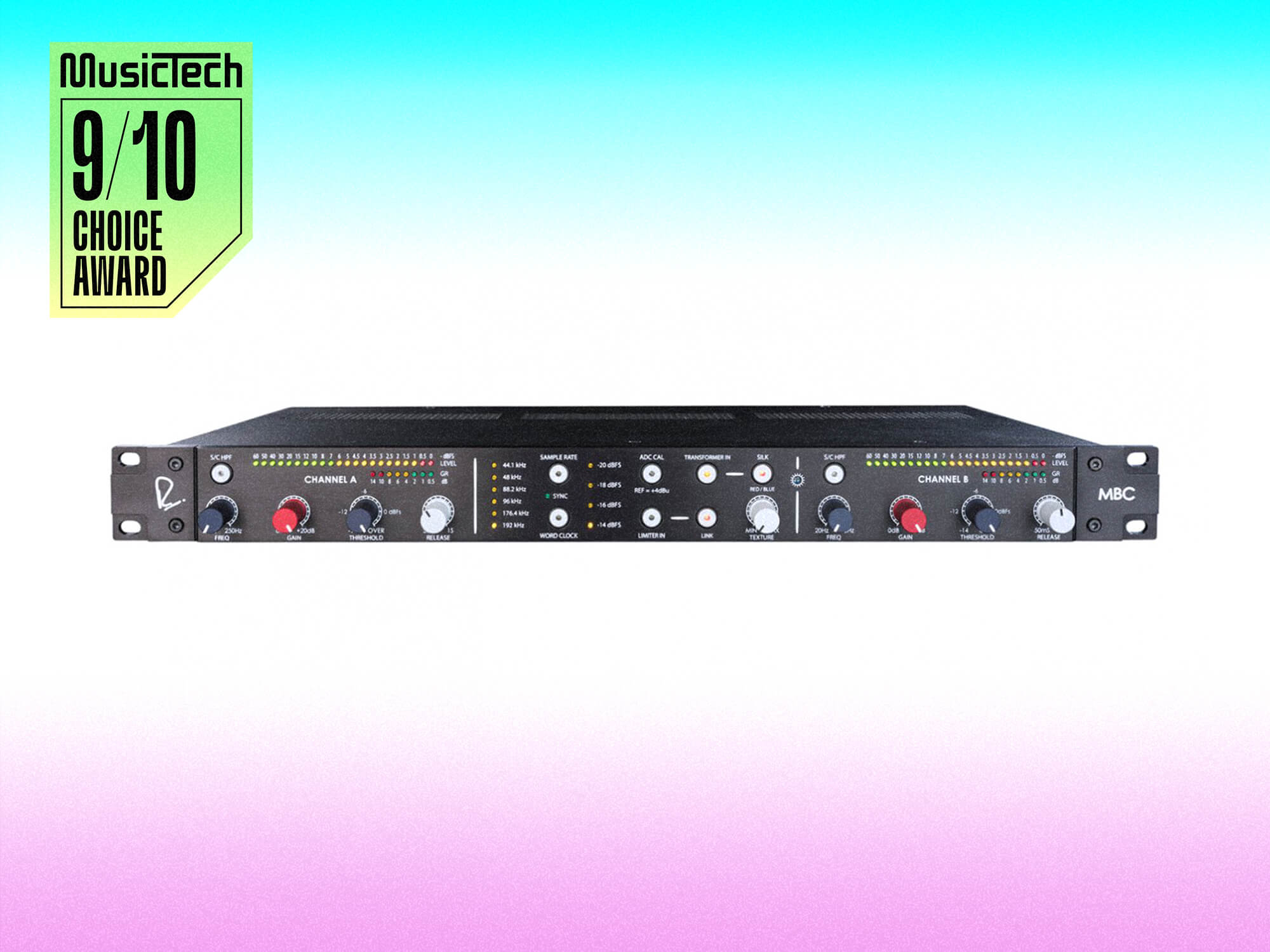 ⊕ Transformer and Silk option adds real character when needed
⊕ High headroom Class A analogue and crystal clear AD conversion combination is a winner for mixing and mastering
⊕ Detented potentiometers with super-tight inter-channel calibration for precise control and recall
⊕ Flexible VCA limiter for mixing, mastering and even tracking
⊕ Relays for silent switching throughout

⊖ Expensive but a worthy investment for mixing and mastering

Converting signals from the analogue domain into digital might not seem a fantastically exciting process. However, whether you’re capturing instrument audio into your DAW or printing a mix from a desk, the quality of a converter can make a marked sonic difference. Now, with their exceedingly well-designed Master Buss Converter, studio heavyweight Rupert Neve Designs seeks to make AD conversion a more creative endeavour than ever before. By bringing the company’s transformer-centric expertise to bear in the best possible way – and adding a limiter – they’ve created a high-quality, flexible converter that’s a pleasure to work with.

For flexibility, the Master Buss Converter’s Class-A analogue front end can feed two different signal paths, depending on your need. The first is a transformerless path to the AD converters – a rarity for designs bearing the Neve name – that offers maximum precision. This path is ideal for mastering setups, where minimum colouration is critical.

The second path is a classic Rupert Neve route with interstage transformers (post-limiter, pre-ADC) and obligatory Silk circuits for saturation. When some mastering colour is called for, and for many mixing and tracking situations, the MBC’s saturation options open up a range of useful tones. 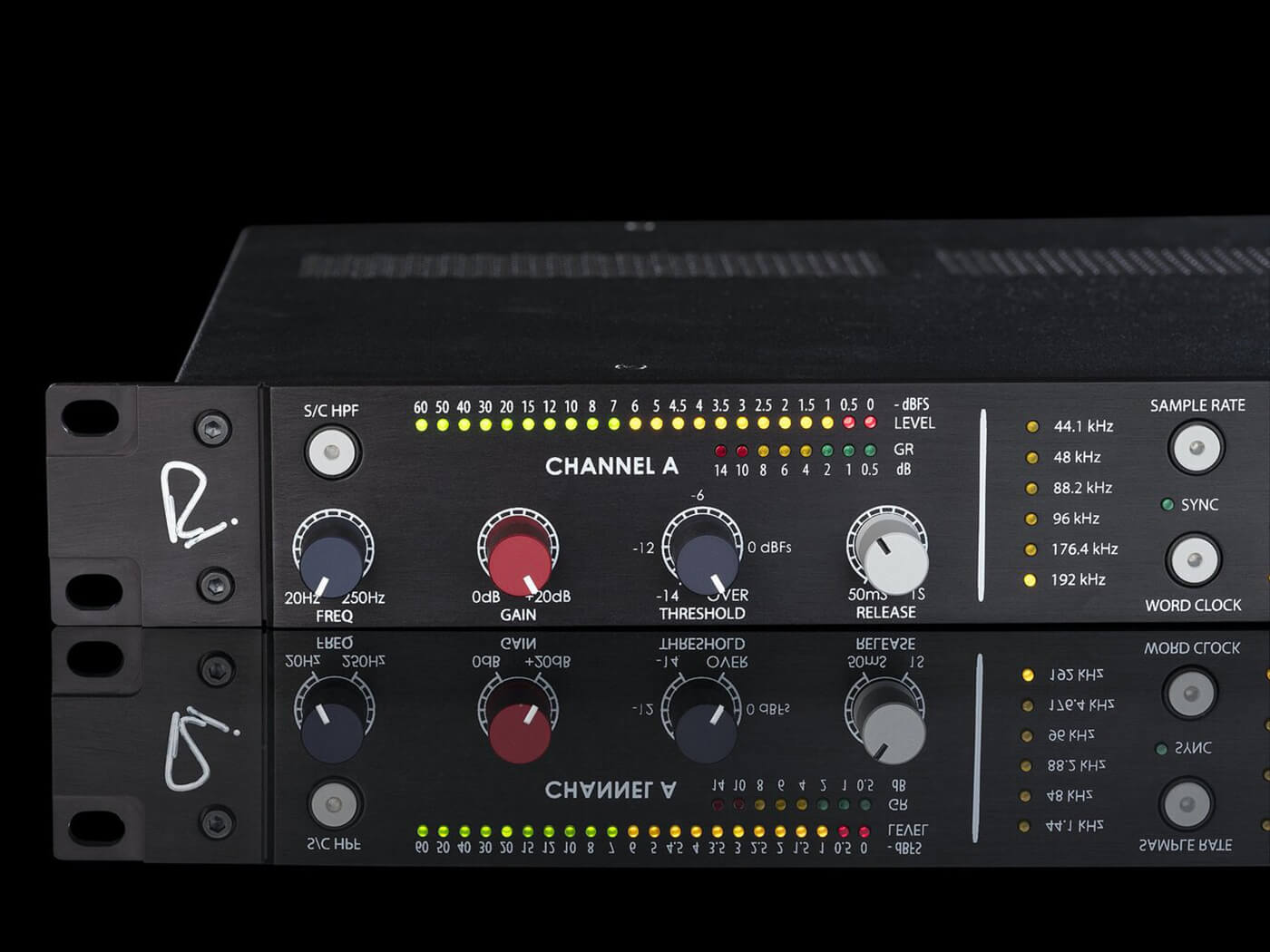 The converter stage can run as clock master via the Wordclock, AES and S/PDIF outputs, or receive clock via the Wordclock BNC input. There are four ADC calibration levels which align a digital output of -14dBFS to -20dBFS (in 2dB steps) to the analogue stage level of +4dBu, the standard nominal level for balanced audio lines. The illuminated calibration button and all those that control analogue stages operate a relay for quiet audio line switching and minimal circuit path lengths.

The front panel is handsomely neat, from the recessed Rupert Neve signature and MBC label to the powder-coated knobs, which sit atop 31-step detented potentiometers. There are nine rotary controls, with four per side for the stereo linkable limiter and one for the Silk Texture (amount). The Silk circuit acts as an additional harmonic saturation control for the output transformers. The Silk circuit offers red and blue modes that emphasise the high and low-frequency ranges hitting the transformer, respectively.

The limiter is a VCA design with a fixed ratio (10:1), a fixed attack time (500µs) and a variable release (50ms to 1s). The input gain can push up to 20dB into the limiter. The threshold operates with reference to the digital level, from -14dBFS through 0dBFS to ‘over’. This over position is interesting as it allows the user to effectively disengage the limiting, but not the circuit, and then lower it into action (i.e. below 0dBFS) to accurately hear the effect on the program material. Finally, a side-chain button brings the 12dB/octave high-pass filter to bear on the limiter with a frequency knob rolling off low frequencies from 20Hz to 250Hz. The LED metering for each channel consists of 22 segments for the output level (-60dBFS to 0dBFS) and 8 segments for the limiter gain reduction (0.5dB to 14dB). There are also meter peak hold switches at the rear: on/off and 1S or 3S holds.

The final stage of the MBC, the analogue-to-digital converter, performs precisely as it should, never imposing itself on the stereo signal and providing conversion of the utmost clarity. The AKM converters can achieve their very best performance thanks to the high-headroom, Class A amplification that precedes them. This fundamental part of the process is 100% trustworthy no matter what you throw at it, and is vitally important in a professional setting. Between the precisely calibrated and detented (recallable) potentiometers and the use of dBFS levels, the MBC manages to speak digital while acting, and sounding, analogue. The analogue harmonic enhancement and dynamic range control options may be relatively simple, but the quality they deliver is made possible by the equally excellent Class A signal path and eventual AD conversion.

The custom-wound transformers do exactly what you need, pulling the low bass up and giving everything above an extra tickle of excitement, helping details come forward. A hot input won’t push them into anything like overt distortion, and lower level sources still benefit from a trip through the iron. For mixing and tracking purposes, it’s hard to imagine bypassing them. In a stem/remix situation, they excel at tightening up flabby sub-bass without sacrificing heft. In mastering, the transformers are just as vital for wringing the last drop of juice from a mix without going back down the chain, especially if it’s short. The tolerances for these transformers are exceptionally tight as the stereo field is maintained beautifully no matter how hard you drive them.

Though every Rupert Neve Designs product that features the Silk circuit benefits from its unique tone shaping capabilities, it has impressed us the most in the context of the MBC. This is likely because it is predominantly used across full-frequency signals, whether at the mix stage or in mastering. You can gently amp up the excellent quality of harmonic saturation, tilting high with the red Silk and titling low with the blue. A tendency to heap on the saturation, as can be the case with other RND devices, is curtailed here as its effects are more apparent. 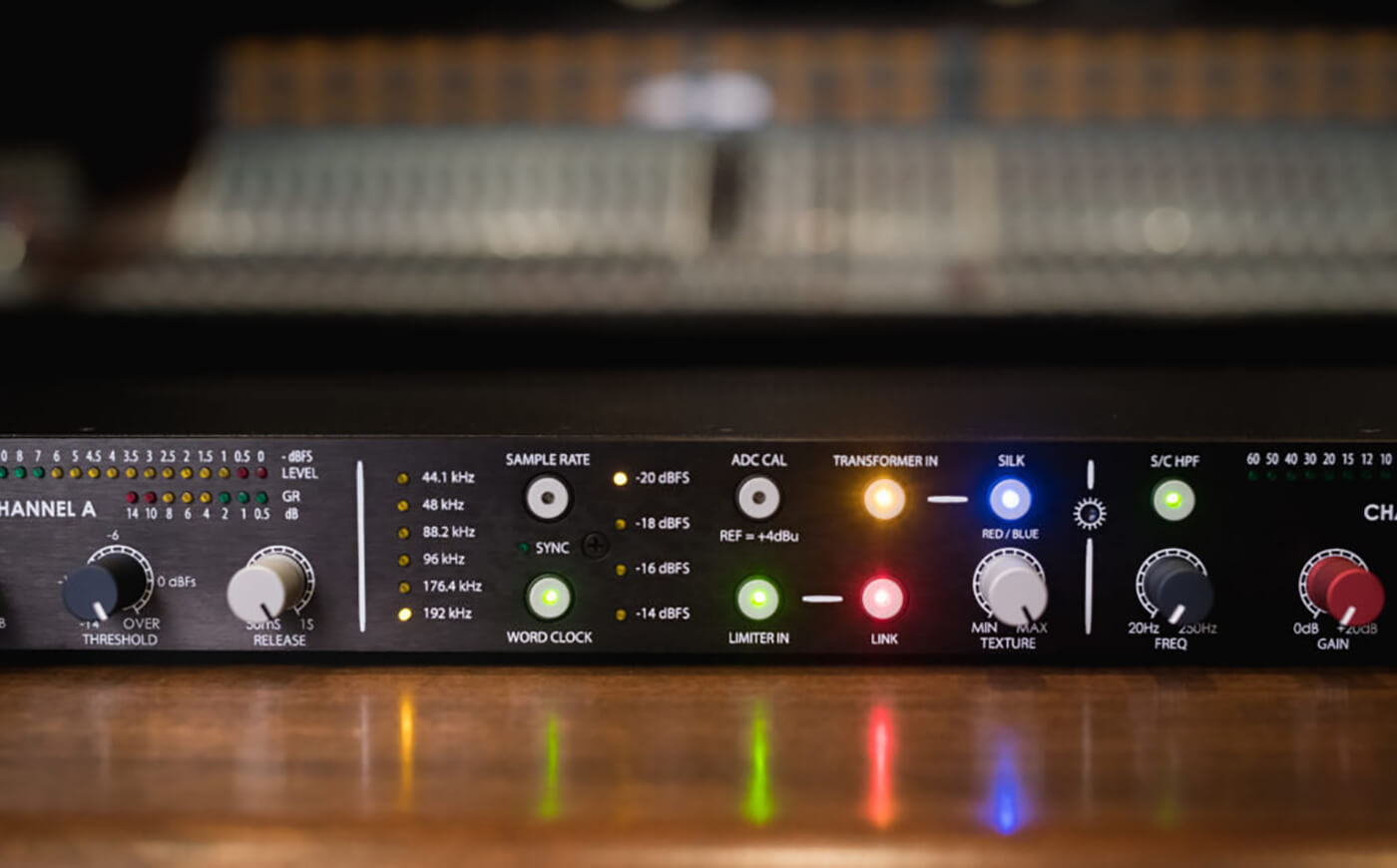 Before the Silk, transformers and ADC is the VCA limiter. This took a little getting used to, having taken far too long to twig that the gain control pushes the level into the limiter instead of acting as a makeup stage. Operationally this makes a lot of sense, making it easier to fine-tune the effects of the dynamic range reduction in combination with the threshold control. By raising the threshold to the ‘over’ position, you can use the gain control to push level into the Silk/transformer stage without incurring any limiting. In action, the limiter is easy to set in place and adjust with plenty of detent counting between channels. Pulling the threshold down into heavy limiting is an excellent way to set the appropriate release time before winding it back to ‘over’ and trimming back to the required level.

Though it can slam a drum kit hard and smooth a spiky acoustic guitar, the MBC limiter is best suited to eking out a couple of extra dB on a mix by clipping back any over-excited transients, especially as the fast attack time won’t be beaten by much. Though no limiter or compressor is transparent, this one does not draw attention to itself in ‘tidy-up’ mode, but it can also easily add a little extra punch to proceedings. It’s sensible where it counts and creative when needed. Despite it being at the beginning of the signal path, it is more like the icing on the cake in practice.

The Master Buss Converter faces the same issue that all high-quality stereo ADCs do in that they require high-quality components with tighter inter-channel matching than anywhere else in the studio. The result is a correspondingly high price tag, and all for something that works best when its character is undetectable. Though we all know what quality costs (don’t we?) Rupert Neve Designs has still managed to squeeze in a range of well-conceived and well-executed functions that expand the range of the MBC beyond most of its competitors. From truly professional level clarity to classic Neve console-style sonic girth, the MBC delivers superior results across all audio production disciplines that will see it in daily use for those that can afford the investment.