The Orbit may be the most humble of RND’s three analogue summing products, but its capabilities and quality promise to be anything but. 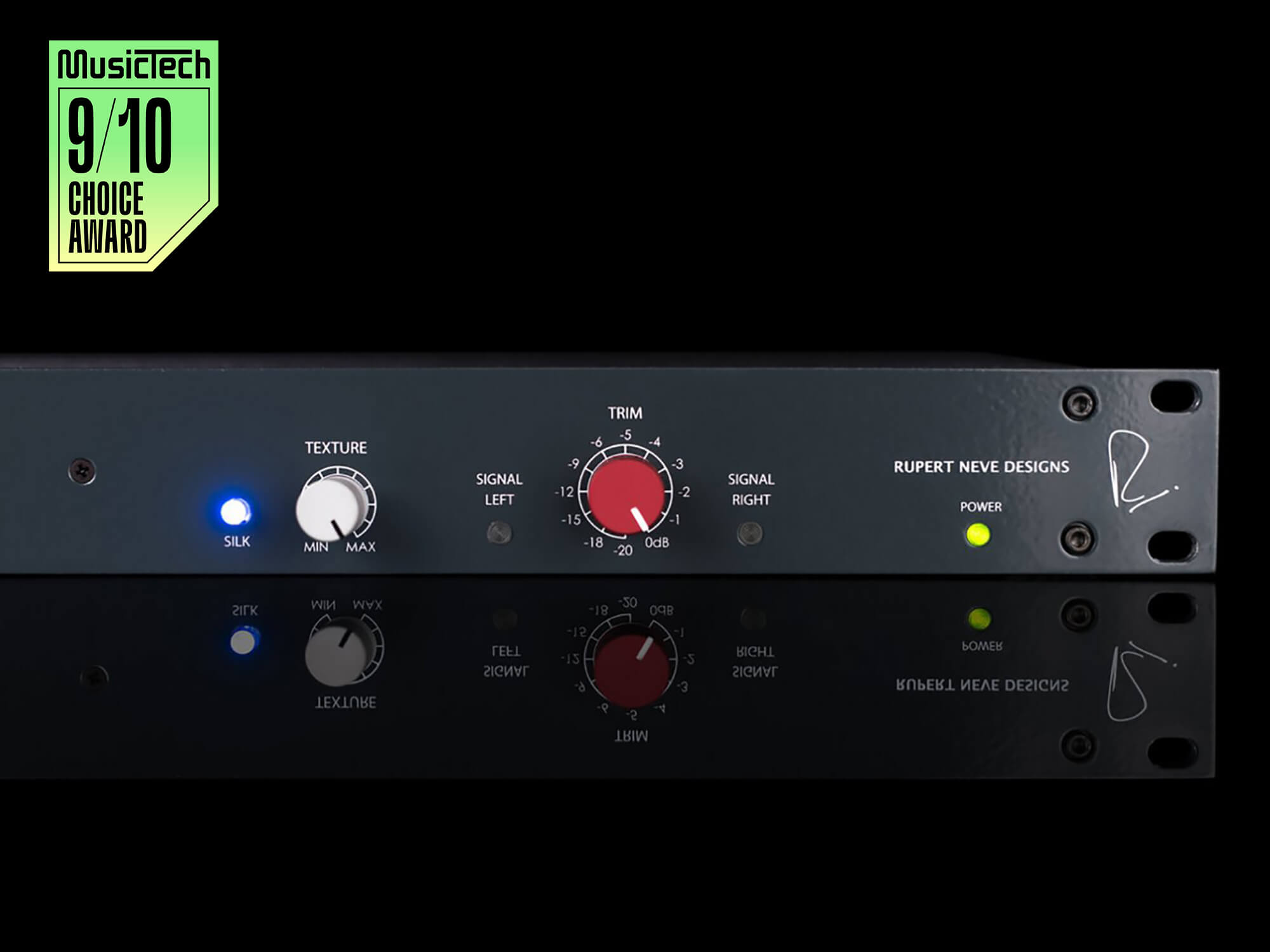 Summing mixers may not be glamorous, but their quality can make or break a production, and the 5057 Orbit sits firmly in the ‘make’ category. This simple, effective summing box is audibly first-rate, but the Neve console sound comes at a price.

The 5057 Orbit 16×2 summing mixer is hefty, from the thick Shelford grey 1U front panel to the bespoke output transformers and ± 21-volt internal power supply. The latter gives the Class A signal path plenty of headroom for combining up to 16 channels (via two DB25 sockets) without compromising audio quality.

This doesn’t mean colouration is off the menu – two of the 5057 Orbit’s features are dedicated to harmonic distortion. Firstly, the front panel provides the modern Neve signature Silk switch (LED illuminated) for blue and red modes with a 31-detent Texture knob to control the amount hitting the summed stereo signal.

Secondly, a -6dB stereo output uses tapped output transformers for those wanting to drive the output without clipping any proceeding stereo processors further down the signal path (bus compressors, EQs or a master A/D converter). Helpfully, the main (0dB) and -6dB outputs are provided as separate pairs of XLRs for simultaneous use if required, making parallel bus processing possible. 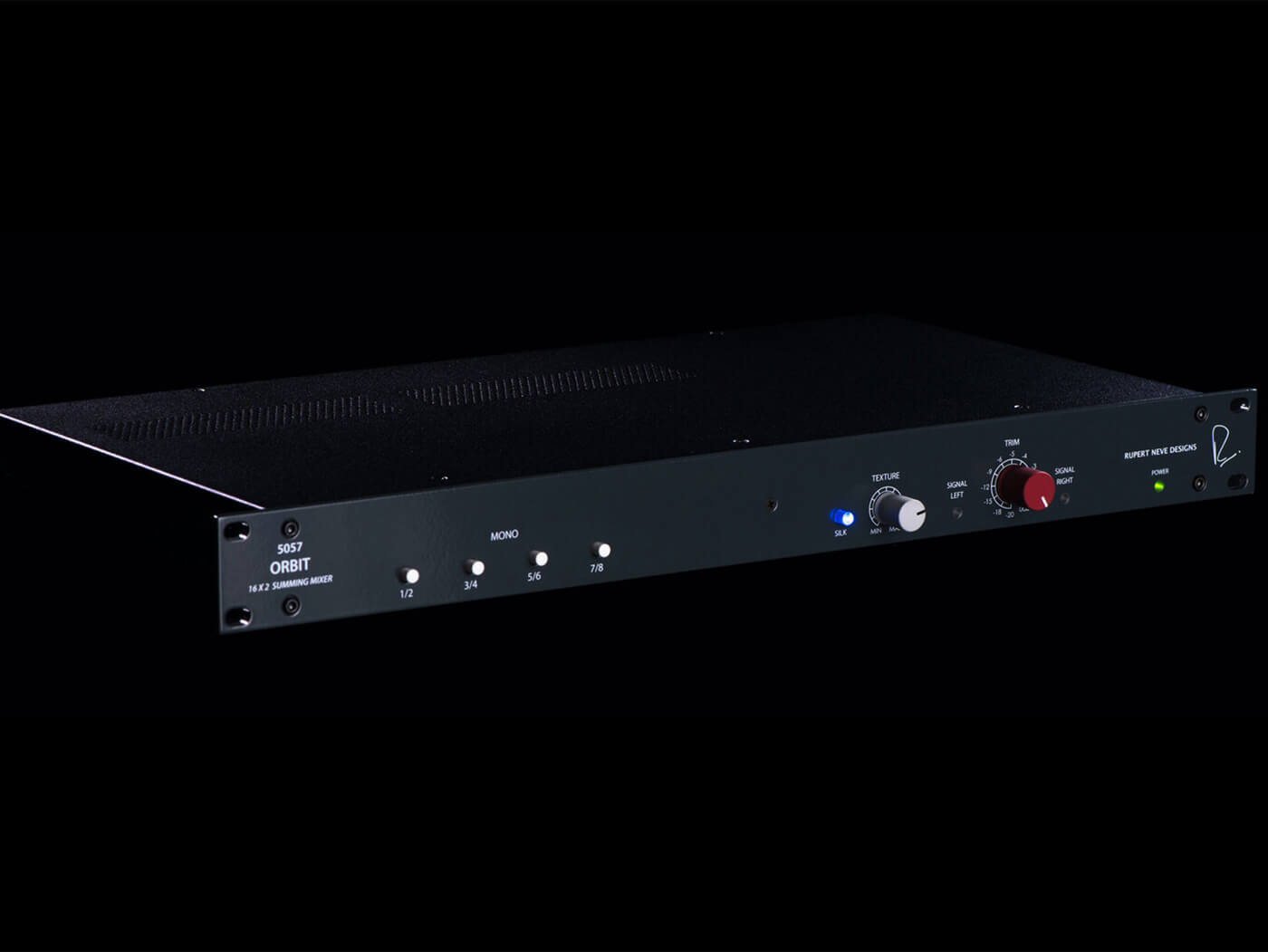 The 12-detent output Trim knob ranges from -20dB to 0dB of pre-Silk summed signal attenuation. This is flanked by two signal LEDs which show green for -20dBu and above, and red for overload (+24dBu), though the Orbit has another 2dB before clipping. The front panel also has four mono sum switches for the first four input pairs, and as there is no pan law (i.e. pan pot centre-point attenuation) each mono channel appears at unity gain (0dB) on both left and right output channels.

Having spent time with the 5057, it is clear that the significant headroom, to-the-horizon bandwidth and low noise floor make effortless what can take some fiddling in the digital domain. Orbit has a signal path that, at its most basic, creates a lossless blend of inputs. But with hotter sources and a healthy dash of the Silk function, it can deliver a mix that exceeds the source material.

The effect of driving the 5057 is not in the Culture Vulture category but more akin to pushing a quality mix console’s output, which is in the Neve wheelhouse. The harmonic saturation conjured from the output transformers may differ across mixes, but it is almost always pleasing, imbuing a sense of depth in the way that analogue cheerleaders always bang on about. It’s never harsh, hairy or raw, offering a subtle gain that over numerous projects may likely justify parting with almost two grand. 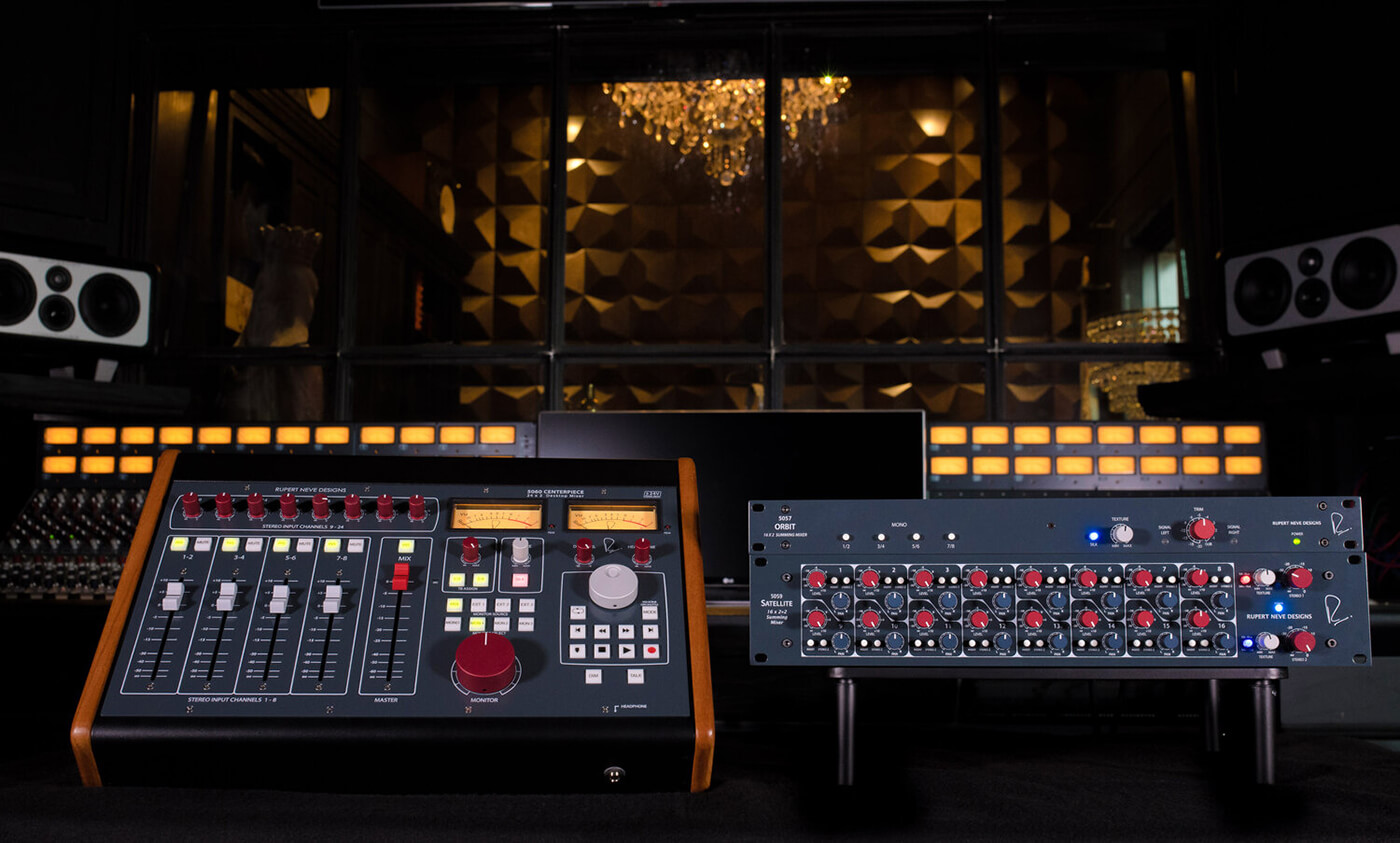 For those not familiar with Rupert Neve Designs’ Silk, it is a pre-emphasis function that increases the harmonic saturation of either high- or low-frequency content – Red and Blue Silk respectively. Though the detented Texture knob has 31 steps, it is hard to differentiate between any adjacent settings. We favour turning it way up and backing down throughout a mix, usually preferring Red Silk as it saves many HF lifts within the mix itself, in turn making for a smoother result. That said, the advantage of Orbit’s detented knobs is mix recall, the bane of 21st-century audio production. So no matter how slight the effect, the Texture and Trim knobs can always be recorded.

Though the 5057 Orbit is part of an analogue summing range, it is a high-quality product all of its own at a competitive price, especially compared to similar feature sets from equally high-end manufacturers. The Orbit may be simple, but it meets the brief with no cut corners and enough extra sauce to lift stems or thicken a mix before you’ve even reached for a bus compressor. 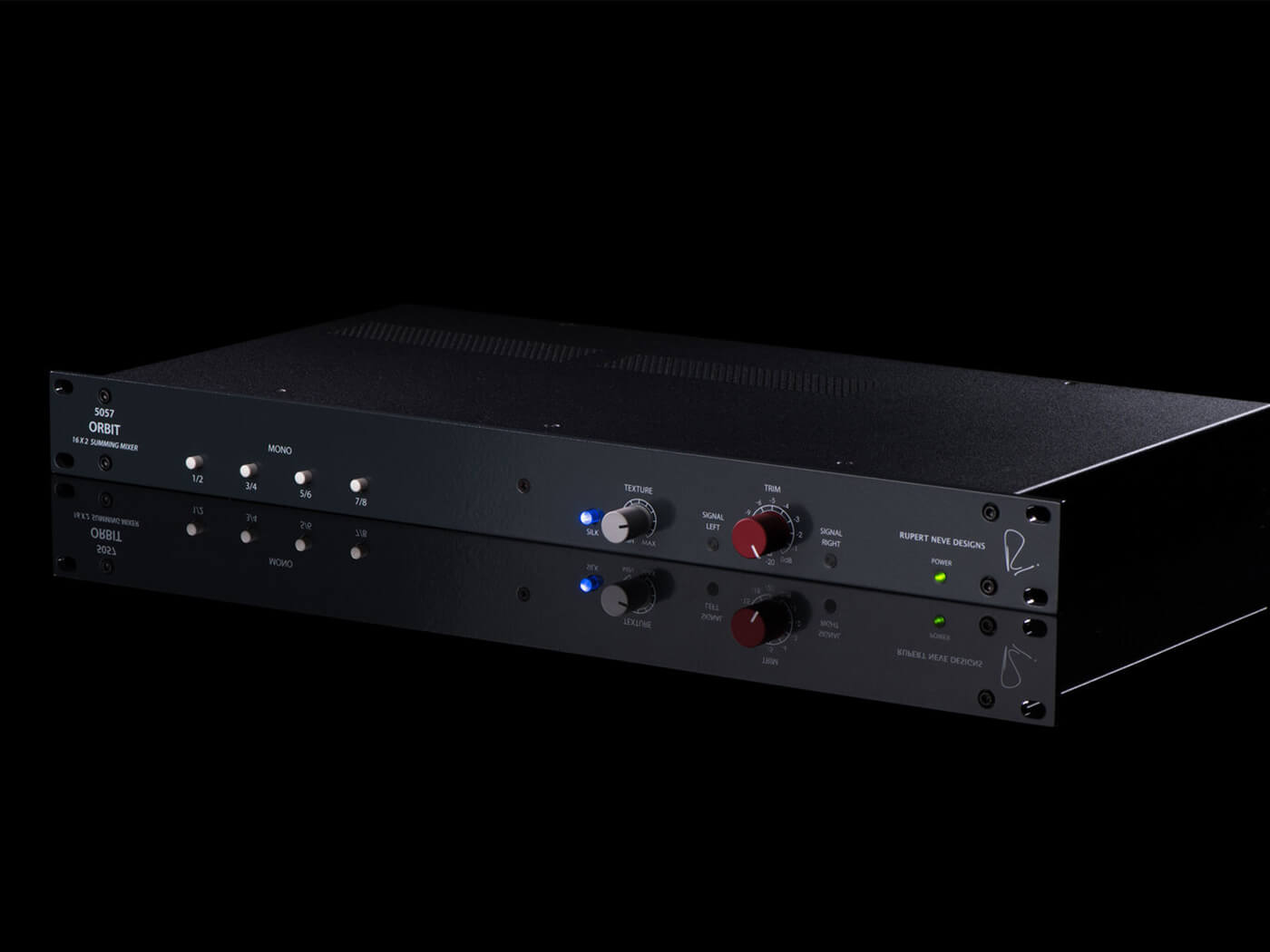