Touted as smart headphones for DJs and musicians, could these be your best friends in the booth?

Korg’s NC-Q1 headphones are a perfectly reliable pair in the DJ booth, with clever features that competing brands should strive to incorporate. They boast an impressive sound, if a little crunchy in parts, and are just as useful for monitoring your productions.

Korg isn’t exactly renowned for its wide selection of headphones, particularly not wireless Active Noise Cancelling headphones that come with features fit for a DJ. It appears that Korg, best known for its synths and keyboards, is simultaneously aiming for casual listeners, musicians, and DJs with the NC-Q1. Can they possibly address all those markets?

The NC-Q1 are light at 320g but don’t feel feeble, with metal casing around the earcups connecting to the headband via a rotatable metal arm. Available in white and black, they also look pretty sleek. They’re comfortable, too, thanks to their thick viscoelastic memory foam earpads and adjustable headband. Even for extended periods of home listening, live DJ sets and longer-form radio sets, at no point did we find them uncomfortable.

Korg’s move to make the earcups rotatable was a shrewd one. It’s an essential feature for DJs, who need to ensure they’re mixing tracks accurately, but it’s equally useful for the casual listener and producer who may want to dip in and out of conversation without removing them. And, if rotating the earcup is too laborious, you can tap the right earcup and activate a mic on the left earcup that allows ambient sound to pass through, like transparency mode in more consumer-centric headphones. You won’t get the same amount of clarity, but it’s a welcome addition and something we’d love to see on other headphones. 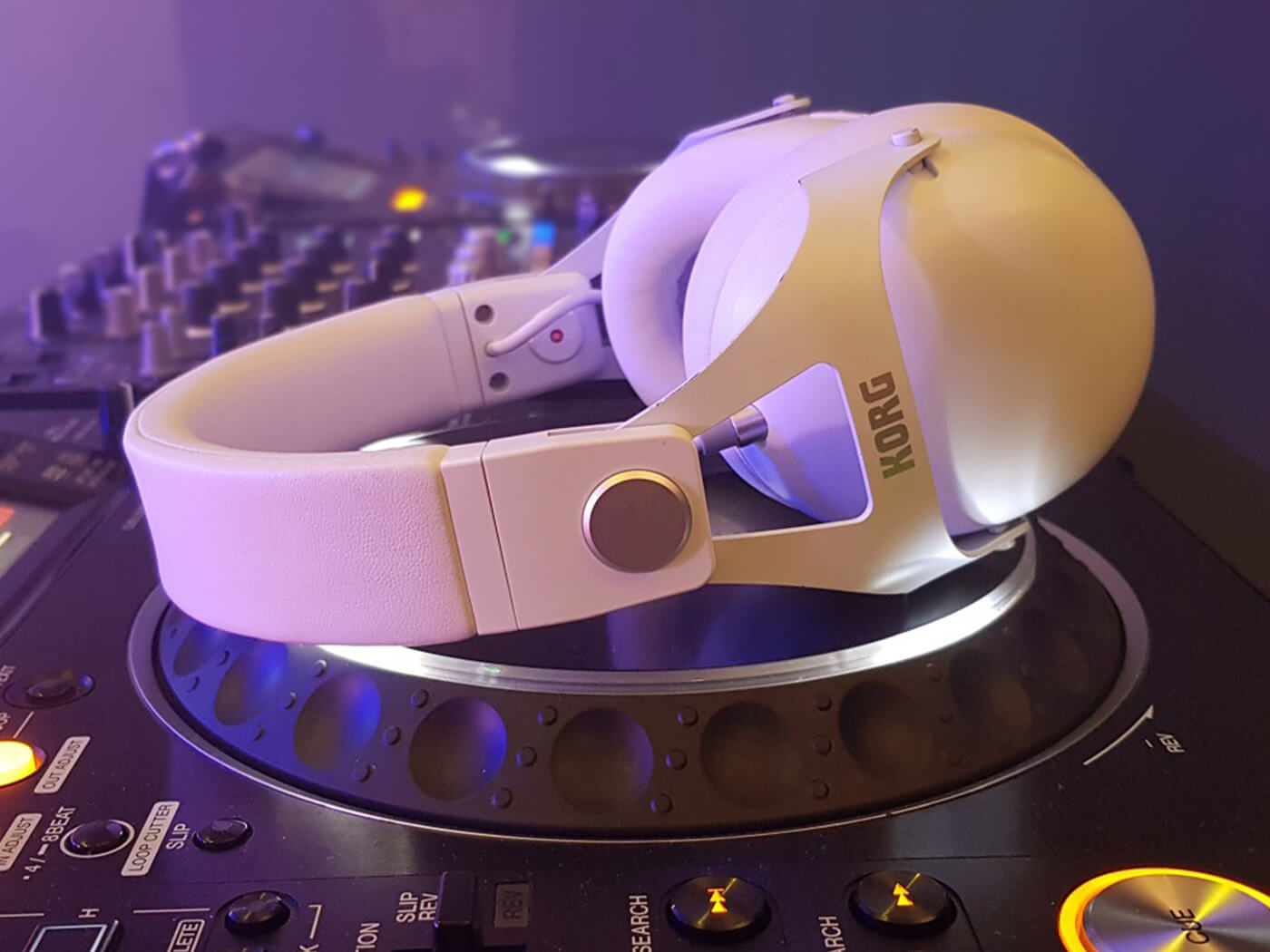 According to Korg, the NC-Q1s naturally minimise outside noise thanks to those thick foam earpads and a “special frame structure”. Granted, they isolate the listener more than a smaller pair of headphones, such as Audio Technica ATH-PRO7X which we compared them to for DJing, but you’ll still hear muffled music if your booth monitor is pumping.

Then there’s the Active Noise Cancelling, which is deployed via a small button on the right earcup. It’s not as effective as ANC found in higher-end consumer headphones, but it does eliminate enough to stay focused on the cue track during a mix. An attenuation button allows you to continue using ANC even in loud environments of over 120dB, making the ANC microphones less sensitive and reducing distortion. There are no other headphones that can provide ANC at these extreme levels, which is an impressive feat from Korg and something that DJs (and their hearing) will be thankful for.

A Sound Enhancing button on the right-hand side allows you to adjust the monitoring EQ of the ambient sound. Essentially, you customise how you hear external sounds when Smart Monitoring is activated, allowing you to scroll through high boost, high cut, low boost, low cut, mid scoop and flat. These clever configurations prove useful for monitoring your music in a range of different environments, especially with a volume slider just next to it to blend in the EQ.

How do the NC-Q1s sound?

The Korg NC-Q1s use dynamic drivers with a 41mm custom PEEK high-grade film diaphragm. Low-end sounds pack a punch with these headphones, while high-end content is still well-defined.

The NC-Q1s softly accentuate saturation in the mid-range, such as on drums, rich synth parts and distorted guitars. You’ll only hear this crunch in genres like hip-hop, metal, dubstep and those similar, but it’s not distracting. 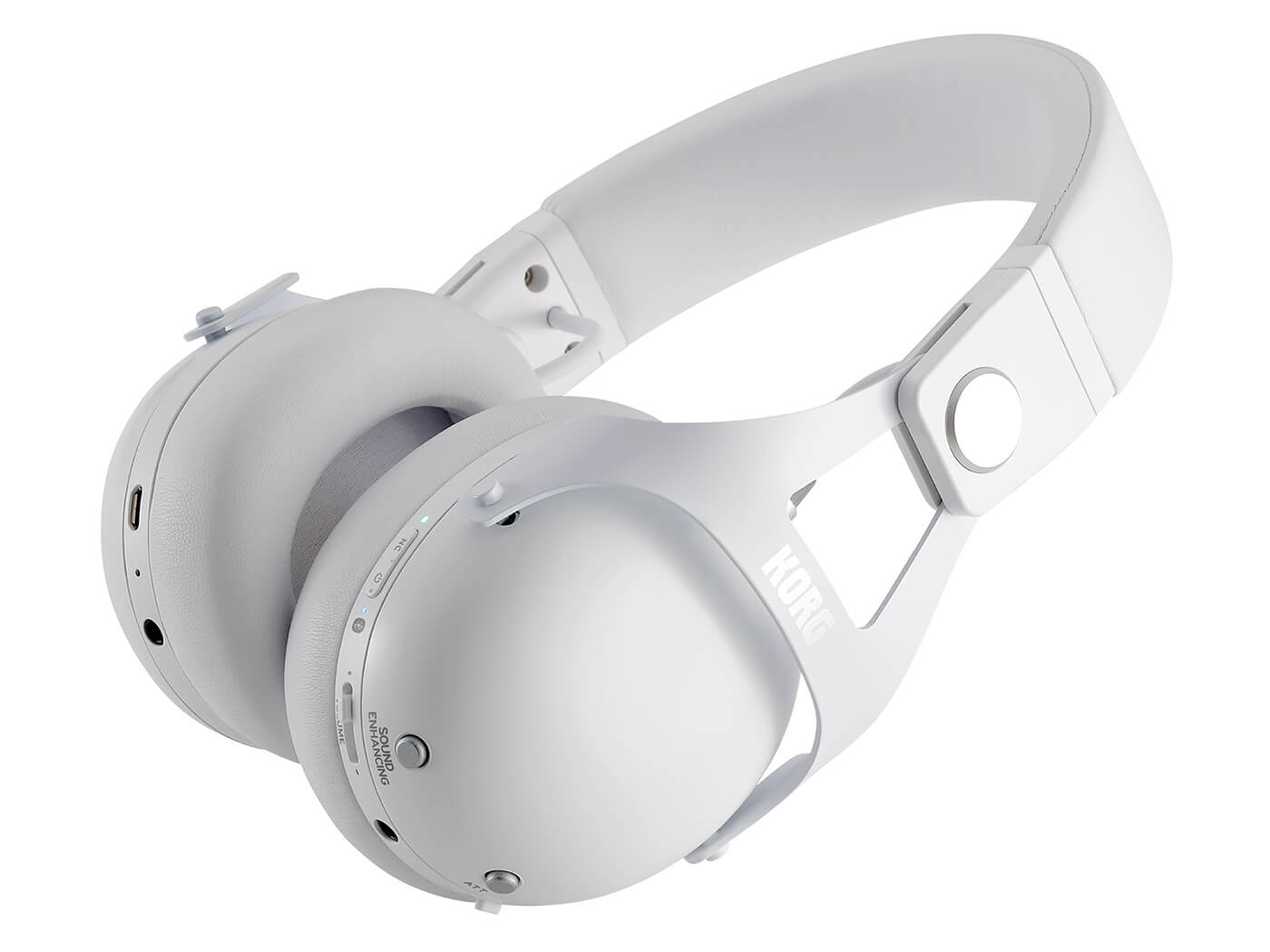 We compare the NC-Q1s with a pair of Sennheiser HD 650, which are used in critical listening situations for their relatively flat frequency response. The NC-Q1s have a boost in the low-end, which is crucial when DJing to ensure bass parts aren’t clashing between your tracks. However, casual listeners are likely to enjoy the sound of these headphones, and they’re a handy referencing device if you’re producing a track. 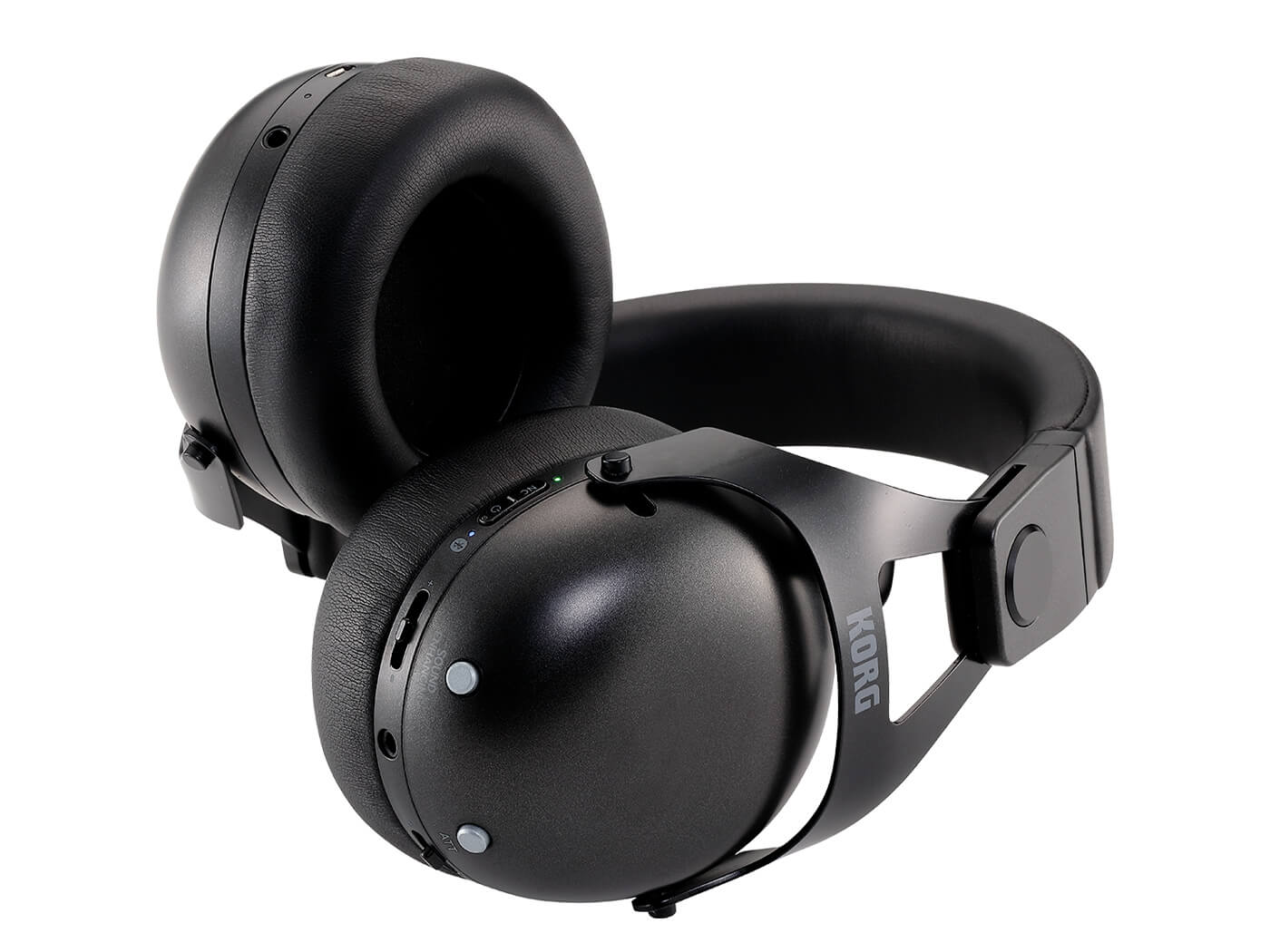 In the box, Korg includes a minijack cable to connect the headphones, along with a quarter-inch adapter to plug into mixers and interfaces. It’s easy to pair the NC-Q1s via Bluetooth: just press the power button and select the NC-Q1 in the list of available devices. You can listen to audio in a range of codecs up to aptX-HD for high-quality wireless playback, provided you have the hardware to support it.

You’ll get 36 hours of listening time with these – we found ourselves rarely charging the headphones. You can charge them via Micro USB, which feels a little dated in 2021 with the growing ubiquity of USB-C, but Korg supplies you with a cable, at least.

Ahead of the curve?

Korg’s NC-Q1s are a strong candidate for DJs in need of accomplished headphones. You’ll get the low-end boost needed for accurate mixing in the booth, along with clever controls such as Smart Monitoring and ANC. Producers can also take advantage of these as a reference for their mixes, and can equally be used for casual listening.

One thing that deters us from using the NC-Q1 for listening on a commute is the sound leakage, which is easily audible in quiet environments. Whether the slight accentuation of mid-range distortion is a good or bad thing will depend on your preference. For us, we quite enjoy hearing a bit of dirt amongst the pristine from time to time.