Can all the technology packed into these headphones justify the high price? 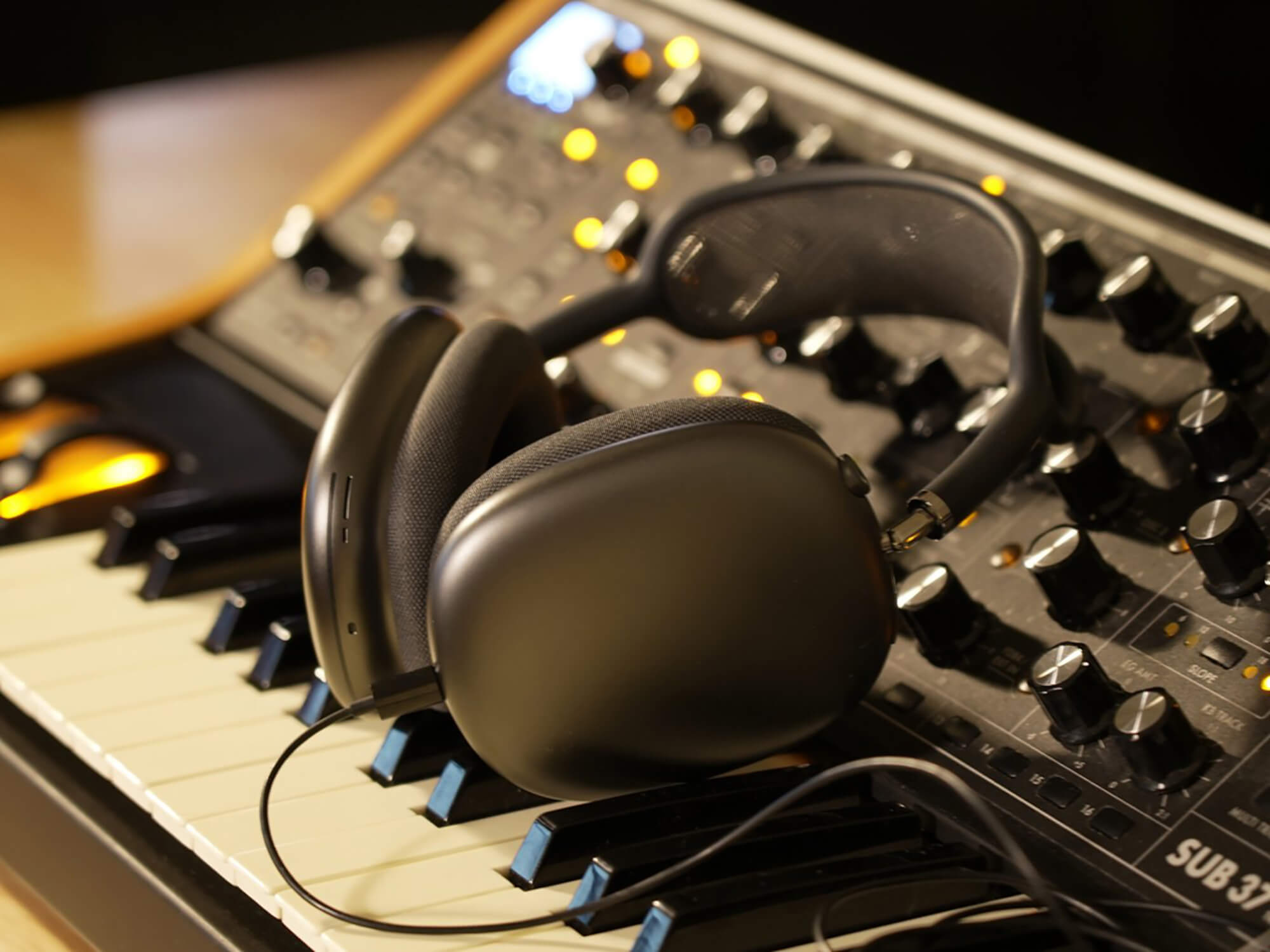 If you’ve already invested in Apple gear, the dynamic head-tracking features and excellent sound are compelling for movie watching. If these are your primary concerns, they're an excellent, if expensive, purchase. If you want them to double-up for occasional production duties, the additional cable is a bit of a sting, and the lack of lossless audio support is an odd choice.

Apple’s premium over-ear headphones, the AirPods Max, are undoubtedly a strong outing for general entertainment and music listening but can all their clever features possibly be worth the high price? That depends on how much you value convenience – and how deep your pockets are.

First off, these headphones are beautifully crafted with some thoughtful design elements. The earcups are made from high-grade aluminium, which feels robust, the headband connectors are sturdy stainless steel finished in rubberised plastic, and the headband is made from comfortable, breathable mesh. Every part of these headphones feels luxurious.

Even the snug mesh-covered memory foam ear cushions have a magnetic coupling that means they pop out for replacement and cleaning. No stretching, uncooperative pieces of leatherette here. However, they are fiercely expensive at $69/£75 a pair – twice what Bose charges for replacement ear cushions.

You can remove the headband with a SIM tray tool, making them far more repairable than other AirPods. Should something go wrong, then, you don’t have to toss them (and their glue-filled gizzards) in the trash.

Their self-fitting mechanism is also neatly executed; secure without squeezing your head too tightly. You can wear them comfortably for a couple of hours at a time, even with glasses.

Taking them out running isn’t advisable, though – they’re relatively heavy and they’re not water-resistant. These headphones belong at home, in a cafe or in a departure lounge. And they have a 20-hour battery life which should see you through pretty much any conceivable multi-leg flight, or a few days of solid desk-bound listening.

The AirPods Max integrate deeply into the Apple ecosystem. If you already own an iPhone and Mac/iPad, features such as automatic switching hugely simplify tedious Bluetooth connection/disconnection processes. Connecting can be as simple as looking at your iPhone, iPad or Mac, though the system can get a little confused if you’re surrounded by devices. On-head detection is surprisingly practical: the music stops when you take them off to consult your cat and restarts when you don them again.

In the vast majority of environments, active noise cancellation (ANC) is highly effective, too. They virtually eliminate office hubbub and continuous noise such as air conditioning. We stayed utterly engrossed in a movie on the iPad while phone calls and drilling went on a mere 10 feet away in the same room. Very impressive.

Though we haven’t tested the ANC capabilities on a flight, the AirPods Max should adequately attenuate the constant engine rumble. That’s because they cancel noises at a lower frequency than most other headphones. However, if you’re sitting on a bus or near a road, anywhere with low-frequency resonances, the eardrum pressure caused by the noise cancellation effect can be more distracting than the original sound. Compared to the ANC on the AirPods Pro, the AirPods Max seem to resonate sympathetically, and it’s rather unsettling.

The front button (one of only two controls) flips between transparency mode and ANC. The quality of the environmental audio that filters through is also better than the AirPods Pro. For music makers, this feature is an unexpected godsend for rehearsals. If you’re auditioning a part on headphones with your output muted (with the optional cable), you can switch between ANC and transparency mode, meaning you can either focus on the sound you’re creating, or let in the rest of the sound in the room.

The digital crown is also far more effective than expected, controlling start/stop/skip and acting as a volume control whether you’re connected wirelessly to an Apple device or wired to a DAC.

When paired with compatible iPhones and iPads, AirPods Max will deliver a head-tracked binaural mix of surround audio formats. When watching Alien (1979) mixed in 5.1, we had to double-check that the sound wasn’t coming from the iPad speakers because it tracked movement so well. The ability to turn your head to hear sounds from behind can be eerie but meaningfully deepens your immersion in movies and TV shows. The system occasionally gets confused if your device can’t see your face, but it quickly snaps back when you lock eyes on your precious slab of glass again.

Although Apple made a big splash with Spatial Audio on Apple Music, which folds down Dolby Atmos mixes for binaural playback, there’s little that’s inherently special about playing it back on Apple headphones – yet. All the binaural processing happens on the device side, not in the headphones.

However, Apple has promised head-tracked Spatial Audio will be coming to Apple Music in the Autumn, making AirPods Max (and AirPods Pro) even more functional. There are also immersive audio authoring tools coming to Logic Pro X, so we hope there will be ways to use the head-tracking tech in AirPods Max to check Atmos mixes at home.

If you’re a producer with any aspiration to use these headphones with a DAW or any other music-making device, you’ll need to buy the additional $35 Lightning-to-mini-jack cable. The latency of the A/D converter (within the cable) is virtually imperceptible, meaning played parts remain in time. By contrast, the latency created by Bluetooth transmission (around 150ms) makes playing in time, and even editing, arduous.

That cable is exceptionally skinny, though, and mechanical noise transfer is substantial. Brush the cable, and you hear all about it. In fairness to the slim cable, it is made for in-flight entertainment systems (Apple expects you to use Bluetooth most of the time), but it would be nice to see a more robust or studio/DAC-friendly design.

With these being consumer headphones, we wouldn’t recommend them for mixing, beyond referencing, even though their sonic credentials are strong. At the core of the AirPods Max is a very capable pair of 40mm drivers that deliver a fun, flattering sound with an extended but hyped bass, and clear, exciting highs. The mid-range feels a little scooped, dropping off between 2kHz and 4kHz in the upper mids and again dipping at 7kHz to tame some sibilance. It’s a sound profile that’s compelling for listening to music and watching movies but isn’t flat enough to be especially revealing.

Bafflingly, they also don’t reproduce lossless audio. The best they can do is AAC, even when wired. The AAC Bluetooth codec is an excellent approximation of CD quality, but you undoubtedly lose some detail in the conversion and compression process. However, they still easily give you enough information to edit audio on the go, and we’ve used them to remove plosives from the My Forever Studio podcast using iZotope RX8.

We A-B tested the closed-back AirPods Max against the open-back AKG K612 headphones, which have a particularly flat and revealing character.

If you’re already in the Apple ecosystem, then AirPods Max provide the best user experience for watching movies and experiencing spatial audio with your devices. But they are expensive, and the bells and whistles aren’t all strictly necessary, even if they do make your life as a music listener easier. They’re a hell of a lot of fun for listening, though. Plus, the noise cancellation is superb. We’re very reluctant to return ours, even if our AirPods Pro get more day-to-day use. If you need active noise cancellation and watch stacks of movies (or Disney+), these are for you. 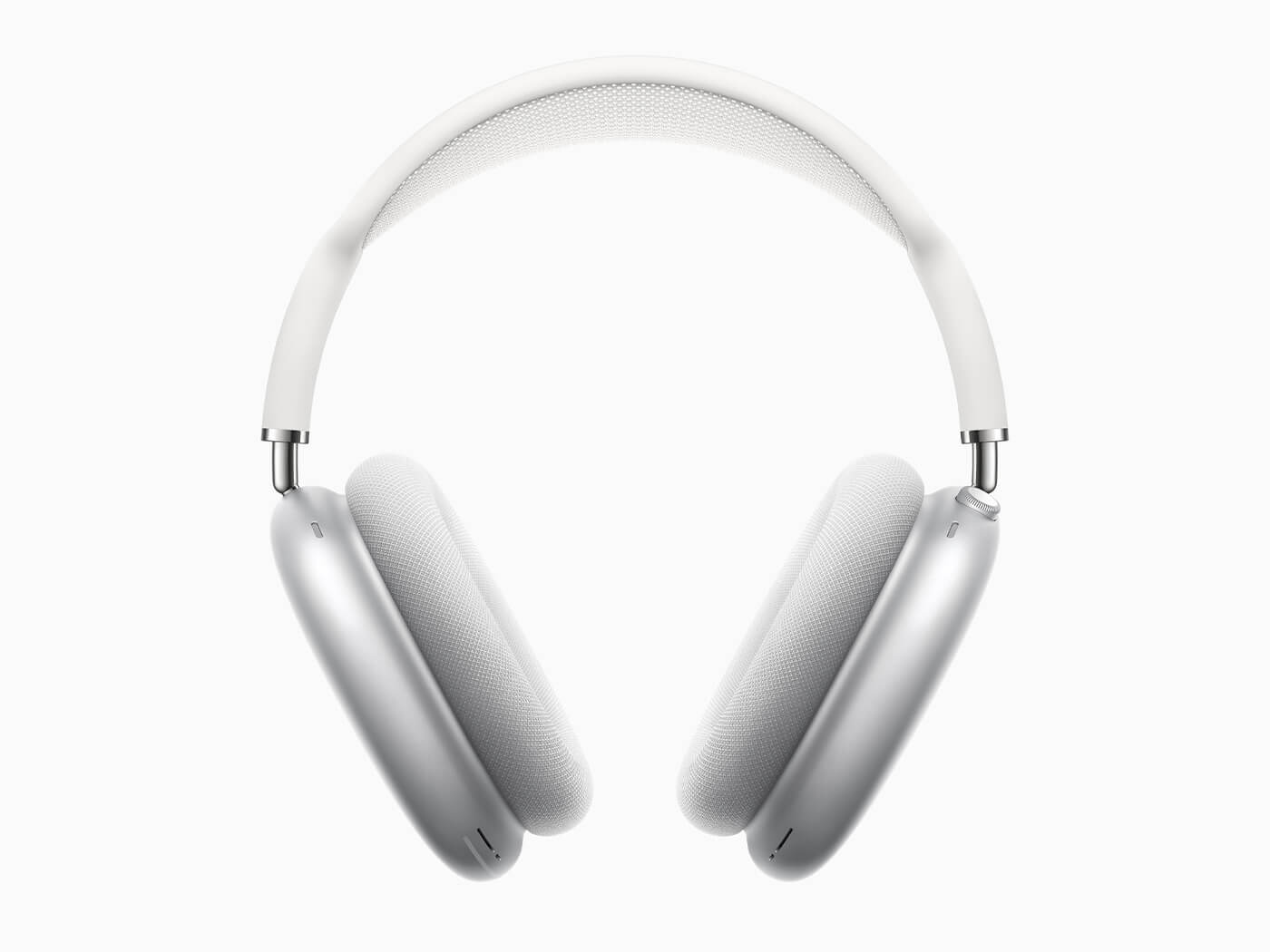