Many microphone preamps draw on classic designs so it’s always exciting to see something new in the hardware world – and the Savannah is a real peach. 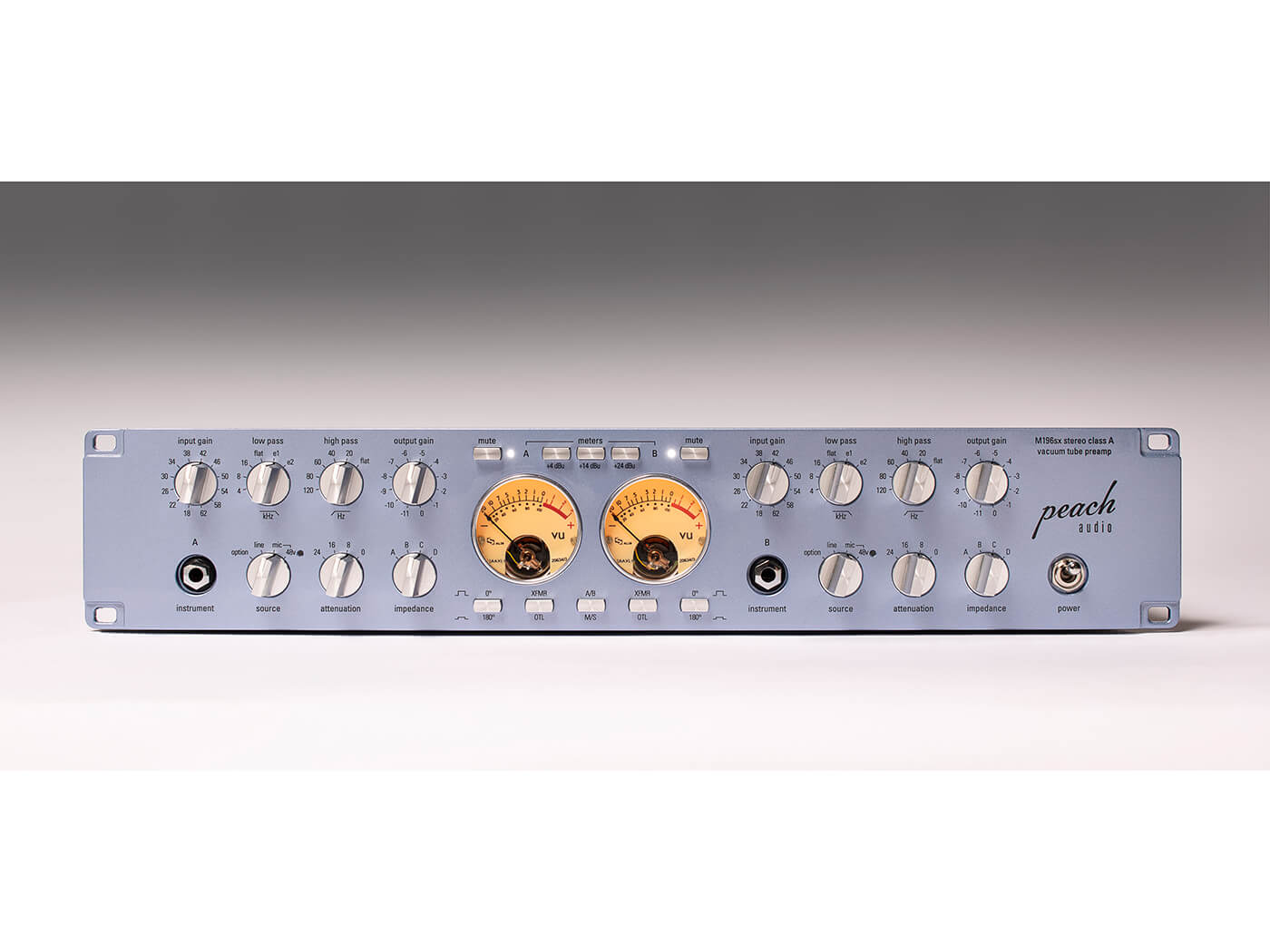 Well-established Australian manufacturer Peach Audio is making headway in international markets with the M196sx Savannah stereo microphone preamplifier, a valve-driven unit that employs classic Class A vacuum-tube technology alongside modern design elements. As much as we love vintage clones, it’s always interesting to get to grips with brand-new designs that owe nothing to well-known historical products.

As mic preamps go, this is a feature-packed product that doesn’t stray into channel-strip territory. It has all the abilities you’d expect from a basic mic preamp, including input gain, 48v phantom power, and phase reverse, but also incorporates much more, so you can fine-tune your tone.

The source input control not only allows you to select microphone or line inputs, but also engages the phantom power for condenser mics. An unusual feature of the source control is the Option setting, which offers transformer-balanced input and output for additional interfaces; this can be used for re-amping guitars, basses, keyboards or indeed any instrument that might benefit from some outboard amplifier tone.

Along with the microphone inputs on the rear panel, the unit also has transformer-balanced XLR line inputs, as well as front-panel instrument inputs. With 62dB of available input gain, effective from 18dB in 4dB steps, the amp has more than enough drive for any microphone, even insensitive ribbon designs. Each channel has an output-gain control along with an attenuation control, which offers up to 24dB of attenuation in 8dB steps. As the amp is at its purest and cleanest at full output, dialling in some attenuation to allow greater input gives a grittier, more saturated tone.

High-pass filters are always useful on preamps and this one is more comprehensive than most, providing a gentle 6dB per octave cut at 20Hz, 40Hz, 60Hz, 80Hz and 120Hz. Far less common on preamps are low-pass filters. Savannah, however, offers three points of 6dB-per-octave attenuation set at 4kHz, 8kHz and 16kHz.

The highest two of these are useful for shaving off unnecessary top frequencies on bass instruments, creating space for sounds with desirable treble content. The 4kHz setting is more savage in a lo-fi way and can be used to great effect in conjunction with the HPF to produce narrow-band audio. The LPF control also provides for two levels (6dB and 9dB) of top-boost at 16kHz to add some sparkle.

As if all this tone control wasn’t enough, there are four options for impedance selection to help you find the optimum setting for any microphone. This isn’t an exact science and you won’t cause any damage by selecting what might be perceived as a technical mismatch. Rather, use your ears to achieve the sound most pleasant to you. Generally, the tone becomes thicker and weightier (and louder) as you click through the settings. Be careful not to fall for the louder-is-better psychoacoustic phenomenon when selecting impedance.

You’d be forgiven for thinking that all this character control was about as comprehensive as it gets – but that’s just the input section. The output section also provides two sonically contrasting colours. The XFMR transformer-balanced output is the best if you’re looking for a vintage vibe with bags of character, while the OTL transformer-less unbalanced output is cleaner, more open and transparent. 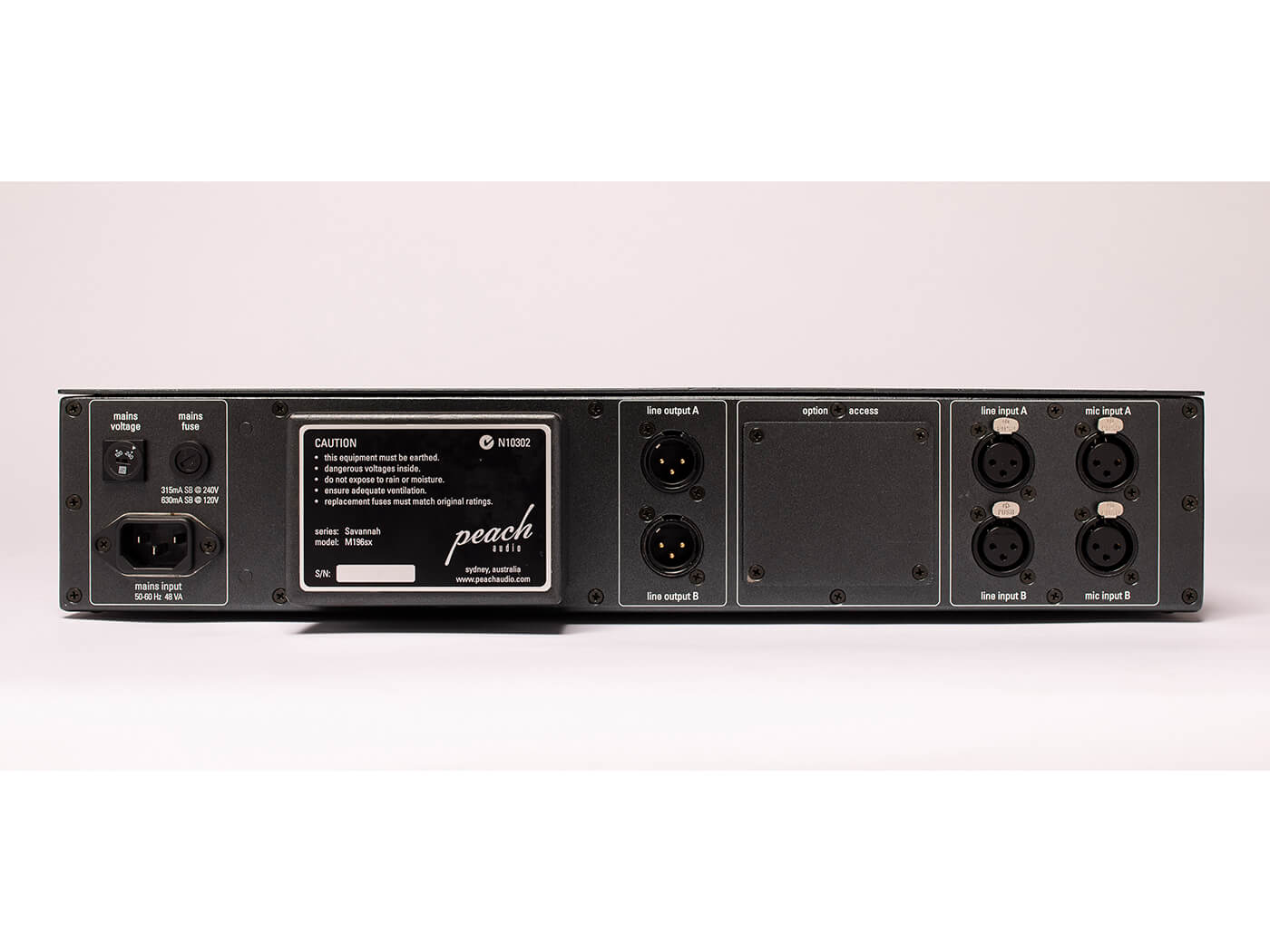 Unusual on an analogue unit of this nature, in addition to the standard stereo outputs there’s a clever output transformer matrix that enables mid/side stereo processing to be performed in-the-box.

This is a serious and physically heavy bit of kit. As the Savannah is no classic-preamp clone, it features no retro-styled dials. It’s only the well-proportioned VU meters that lend the unit anything approaching a vintage aesthetic and, though some engineers prefer LED meters for their superior response and accuracy, the Savannah’s VUs are anything but sluggish. What’s more, you can select +4dBu, +14dBu or +24dBu as reference levels.

With so many functions, it’s vital that the real estate on the front panel is allocated sensibly – and, in terms of the size and spacing of its controls and the order in which they appear, the Savannah can’t be faulted. They feel smooth yet purposeful and are indented (stepped) to allow for easy and precise recall and stereo accuracy. The push-buttons could be sturdier, though, and detract from the otherwise excellent build quality.

Before employing the Savannah on a session, I spend a few hours getting a handle on its basic tonal characteristics. For this, I plug in an AKG C414 to record some acoustic guitar; this is a guitar-microphone combination I know well. To begin with, I set the Output Gain to maximum, with no attenuation, for the purest tone.

With this in mind, I select the transformer-less (OT) output option and the first (50 ohm) impedance setting. The resulting sound is big, open and crystal clear, resembling my favourite microphone preamplifier of all: the Thermionic Culture Earlybird. Dialling through the impedance options, I find that the 200 ohm setting better suits the characteristics of the C414, highlighting its woody midrange.

Sticking with the 200 ohm setting, I switch in the XFMR transformer-balanced output and immediately detect a thickening of the sound, making it less hear-through transparent but in no way muddy or veiled.

Ramping up the Input Gain while making use of the attenuation control reintroduces some obvious valve-like qualities and rounds out the sound, bringing to mind Chandler Limited’s REDD47. If you’re after a 1960s Beatles vibe, this is about as close as it gets.

All the filters work exactly as I want them to and, while we’re dealing with acoustic guitar, shaving off some extreme low-end is always a good idea to eliminate subsonic rumble and create space. Best of all, though, was the 16kHz top-boost, which adds a glistening sheen I might otherwise have gone for the Pultec EQP-1A to achieve.

Keen to use the mid/side stereo-processing matrix, I set up our Neumann U67 in omnidirectional mode for the mid (cardioid is often used, though I prefer omni), and the C414 for the sides. Dialling in the right amount of stereo width is simple and far more convenient than the standard mid/side technique.

Excellent results are also achieved with a pair of Coles 4038 ribbon mics used as conventional stereo drum overheads. Here, the transformer-balanced output and 50 ohm impedance setting brings out all the gorgeous midrange richness for which they’re renowned, along with a trip-hammer transient response. Adding a touch of 16kHz top was the icing the cake.

In summary, Peach Audio’s Savannah is a microphone preamplifier of the highest order. Endlessly versatile, it is among the best on the market and will no doubt be employed in some of the world’s top recording studios. It might just become a bona fide modern classic. 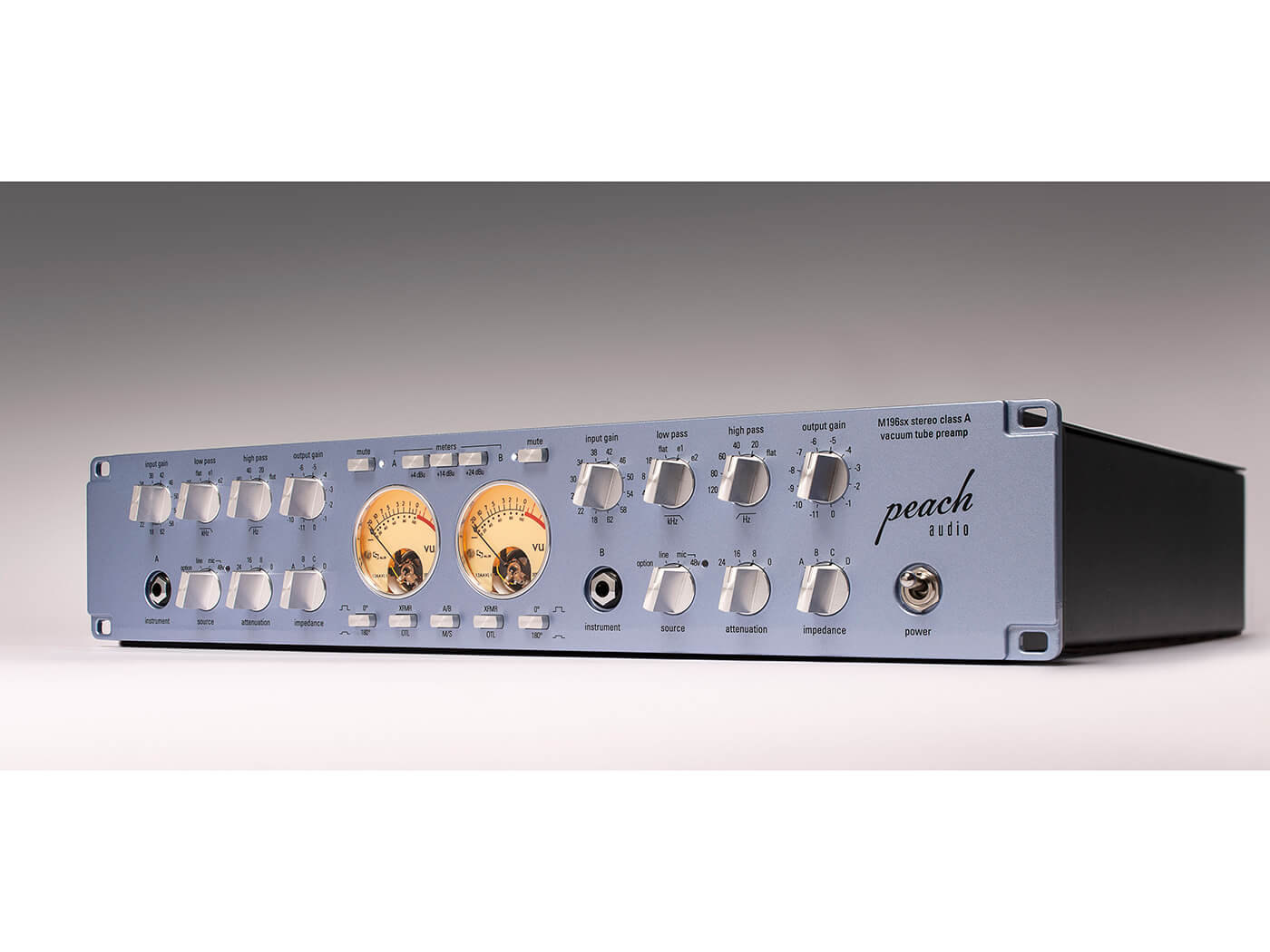 If you make music at home, working either exclusively in-the-box or using microphones rarely, then no – there are many fine mic preamps that ask a fraction of the Savannah’s price. This unit is more naturally suited to top-flight studios, which secure work by offering the best recording equipment money can buy.

That said, there are home-based producers of acoustic and analogue-based music that need nothing more than a couple of channels of top-class preamplification. Capable of bell-like clarity, punchy vintage tone and harmonically rich valve saturation, the Savannah does it all. Factor in the useful filters – especially the gorgeous 16kHz top-boost – plus mid/side stereo processing capability and it could be the best £3,000 you’ll ever spent.

The Earlybird is an all-valve two-channel microphone preamplifier employing a balanced Class A push-pull circuit. It’s a low-noise design incorporating three bands of EQ lift. Thermionic Culture’s Snow Petrel (reviewed last issue), an ultra-clean high-gain valve preamp, is worth a look too, and is perfect for insensitive ribbon designs (such as the Coles 4038), as well as being a great all-rounder.

If valves don’t float your boat, try this revered and iconic British solid-state preamplifier. It features Neve’s Marinair transformers – not found in any of the 1073 copies – along with their legendary three-band EQ section. The 1073 offers a weighty yet open sound that can be heard on literally thousands of recordings from the 1970s onwards.