The next step in the evolution of personal audio adapts sound to your unique physiology, and it’s here with the Nuratrue system. But how personal does it get? 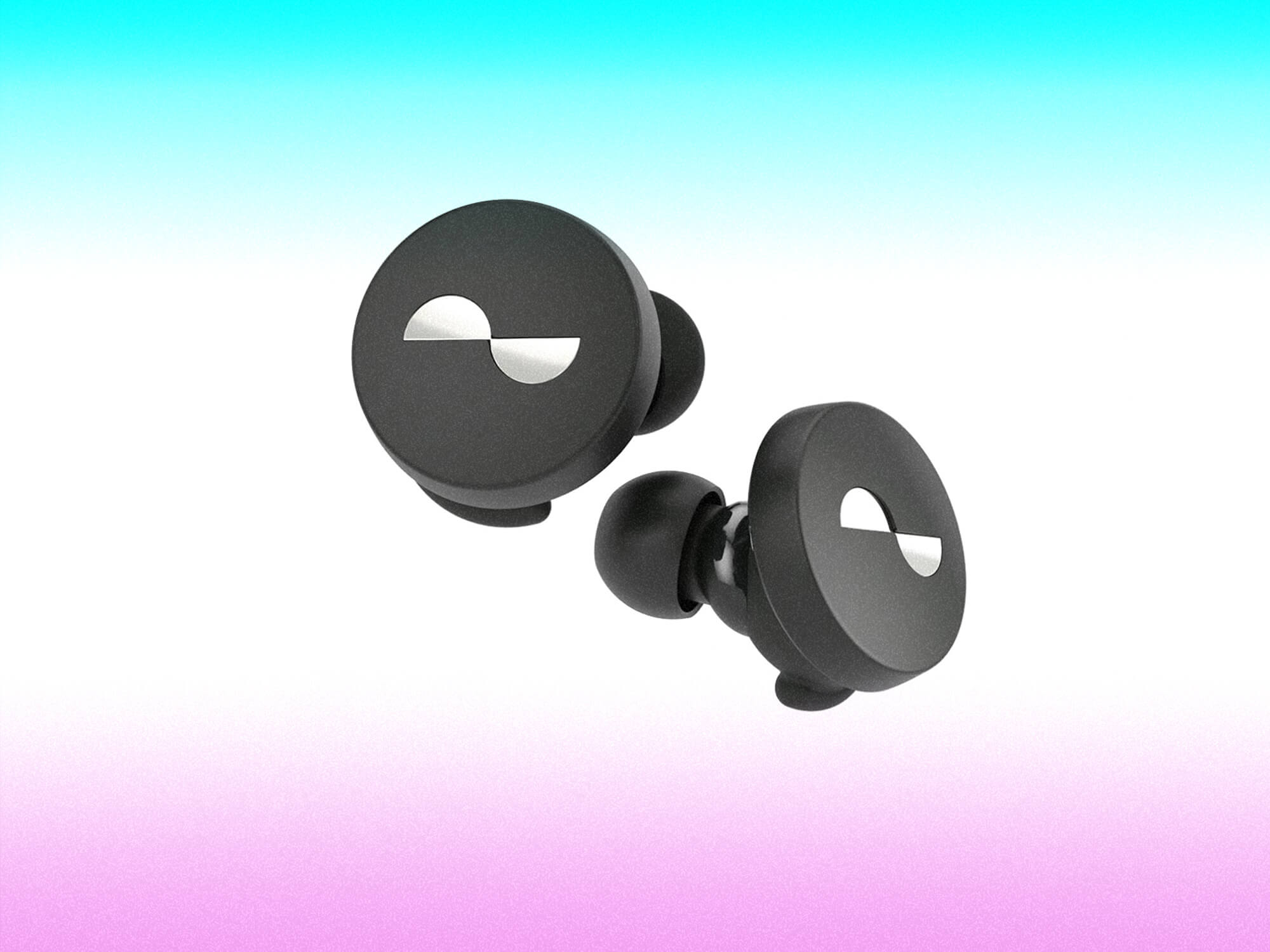 Analysing how your ears detect sound does help these earbuds to put a new, dynamic twist on the listening experience.

Only a few years ago, the concept of true wireless earbuds seemed revolutionary. But technology evolves rapidly, and we now expect much more from our portable earphones than basics like a reliable connection and decent battery life.

Nura makes a range of headphones and earphones which are all about personalised sound. The latest addition to its line-up is Nuratrue, a pair of wireless Bluetooth earbuds that analyse and adapt to your ears to provide what the company calls a more personalised listening experience.

It’s an idea that’s appeared in other products like the Drop + Panda THX headphones, though the implementation is rather different here. While that model lets you create your own EQ profiles, Nura’s performs active analysis from the hardware. 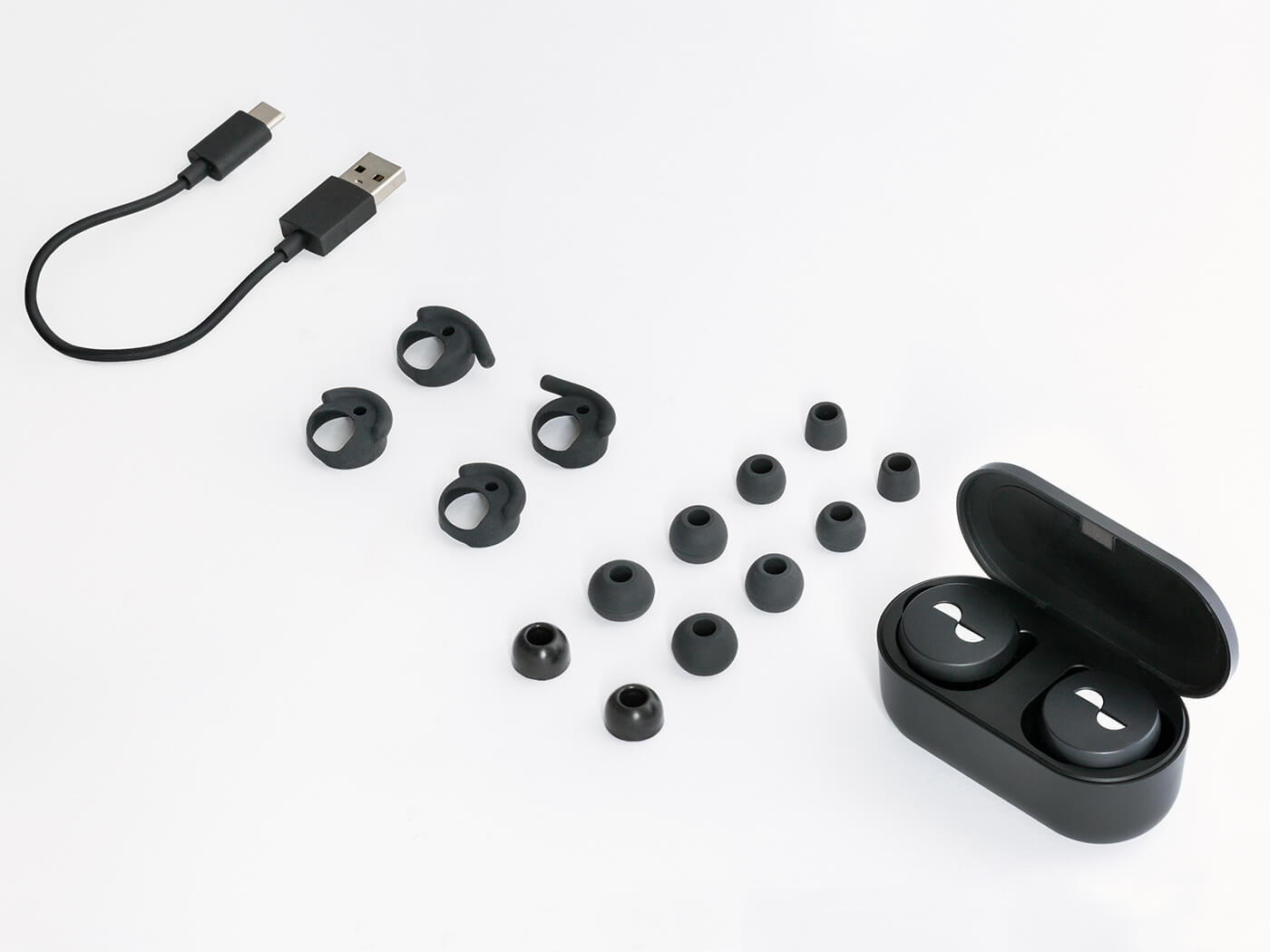 Outwardly, things look pretty standard. There’s a charging case with a USB-C connector and a USB-C to USB-A cable, four differently sized silicone ear tips, one set of foam tips and two sizes of ‘wings’ to account for ear size. LEDs on the case show its current charge; you’ll get six hours of playback from the earbuds plus a further three full charges from the case for a total of 24 hours of usage on a single case charge.

Six hours isn’t as good as some competitors manage, with Master & Dynamic’s MW08s managing a phenomenal 12 hours – but it’s better than others. Apple’s AirPods Pro last just 4.5 hours, though it’s important to remember these figures all vary depending on the features you use. Active noise cancellation uses more power than listening without it, for example, bringing the MW08s down to a still-impressive 10 hours. Generally speaking, the more things you switch on, the more it saps battery life.

Take the buds out of the case, and they switch themselves on; return them to the case to switch them off. Though there are touch-sensitive buttons on the sides, they don’t have traditional press-down buttons.

At the first start, they place themselves into pairing mode and prompt you to download the Nura app for iOS or Android. Link your phone or tablet to the buds via Bluetooth, and the app begins its setup process, which it walks you through with a combination of spoken and on-screen instructions.

They use Bluetooth 5.0 and aptX for streaming which works well and provides excellent audio fidelity. Even though the latest and most efficient standard is Bluetooth 5.2, relatively few phones currently support it, and none of Apple’s phones do. 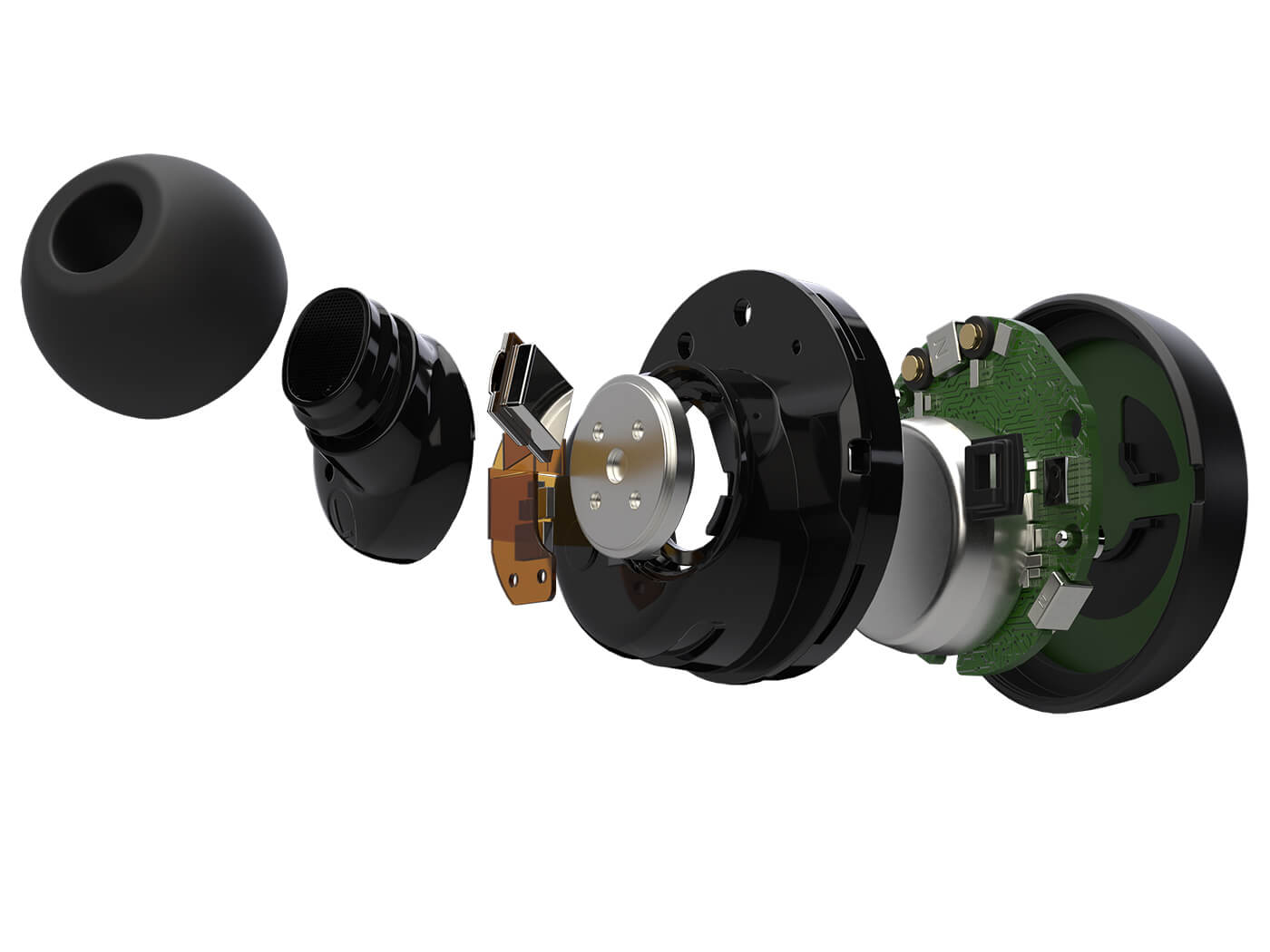 The first stage is an analysis of the fit, where the app prompts you to move the buds in your ears until arrows on the screen are aligned, meaning they are fitted tightly enough that sound will not escape. For this and other analysis tasks, small sensors on the inside of each bud are used for measurement. Next, the app plays a minute or so of tones at you, measuring the way the sound behaves inside your ear and creates a listening profile based on the data it collects. After this, it plays you a dance track (View2 by Sasha) and shows a button to switch between “neutral” sound with no processing and “personalised”. It also explains “Immersion Mode”, which consists of a slider that adds bass. 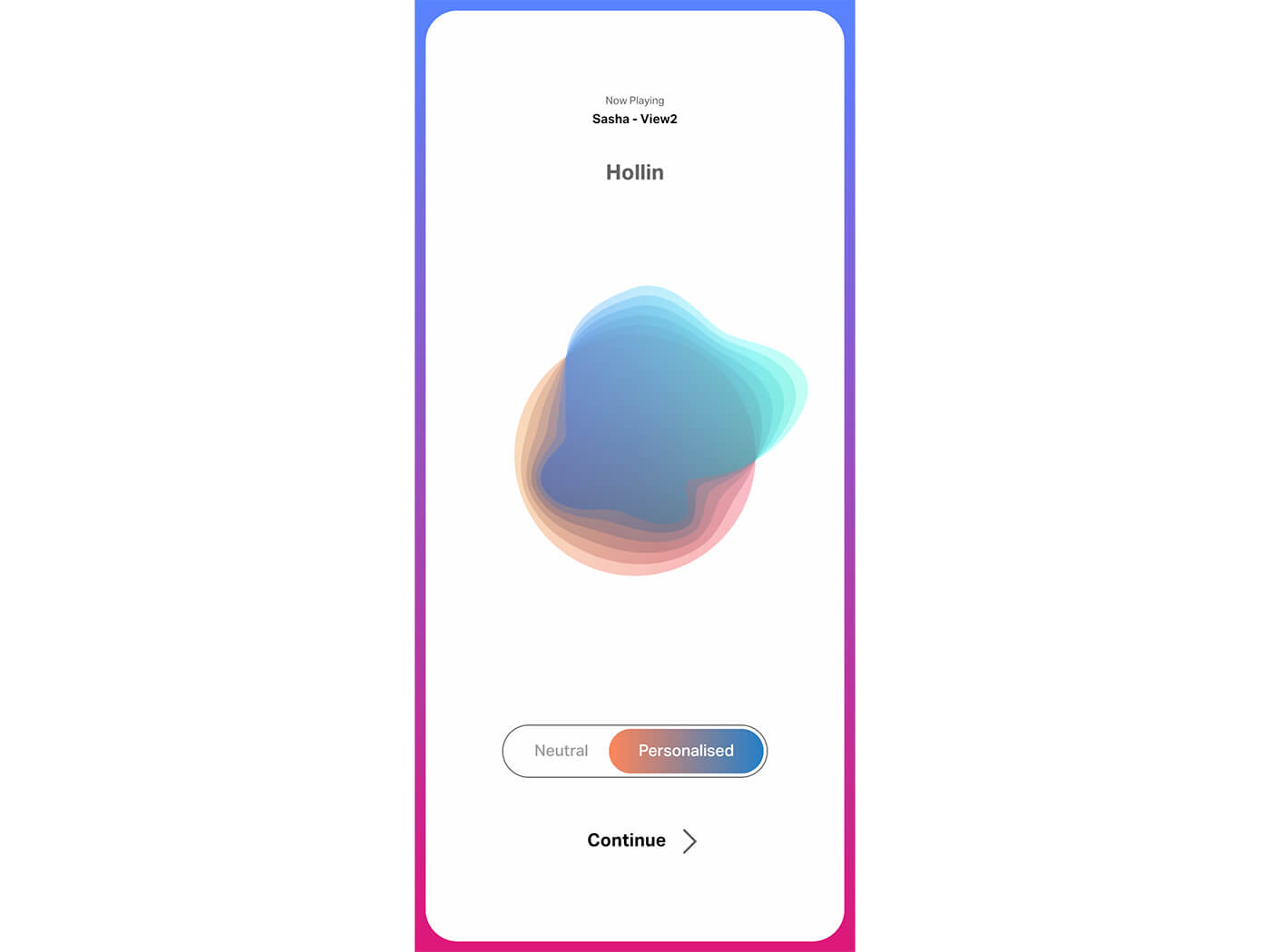 Whatever source you’re listening from, the buds will use the settings you make in the Nura app for playback. It’s not explicit what kind of processing is applied by switching between Neutral and Personalised settings for any given track, but the difference in sound is significant.

Neutral is thin and lifeless, distinctly lacking in stereo width. In fact, listening to familiar tracks in Neutral mode sounded a lot worse than they do through Master & Dynamic’s MW08s, which are not (as far as we know) doing any active analysis or sound shaping. Of course, there’s the argument that nobody would buy the Nuratrue system and then leave it on the unprocessed setting. But it does help you judge the extent to which the processing alters the sound in Personalised mode. 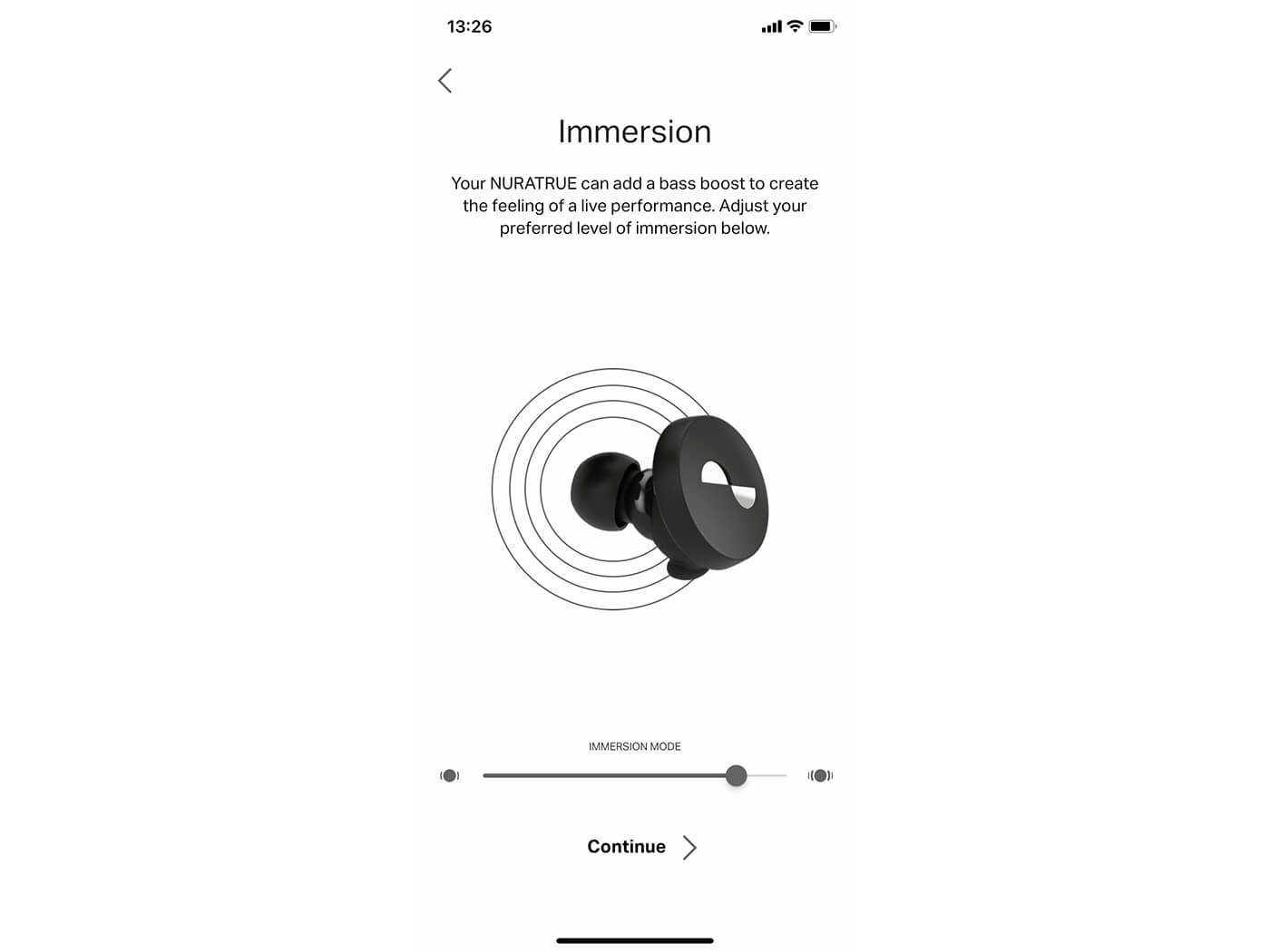 And boy, is the sound being altered. Using the model created from its analysis, the app applies what feels like EQ and stereo width processing, and perhaps some compression or limiting. Everything has more punch, drive and weight.

Top-end elements like hi-hats get more stereo separation, while mid-range parts such as guitars and vocals also have more clarity without fighting with each other on the soundstage. Everything is pulled upwards.

The Immersion slider enhances the bass, but it’s not a crude, bludgeoning bass boost that overwhelms you when pushed. Instead, it’s a rather helpful way to bolster the lower frequencies, which the buds are more than capable of handling. Even when adding a lot of bass, playback remains balanced with no distortion. With Immersion set right to maximum, bass-heavy music does sound slightly overdone, but this is easily fixed by backing off the slider to 60-80 per cent.

Air’s Moon Safari seems to gain a smooth veneer, its dusty retro synths becoming warmer and more upfront, while the lush basslines come across with a new vibrance. At the other end of things, Chase & Status’ RTN II JUNGLE, already mastered fairly hot, has its clattering breakbeats lifted and pushed to the fore. At the same time, terrifying bass lines are made fatter and even more urgent by the processing. 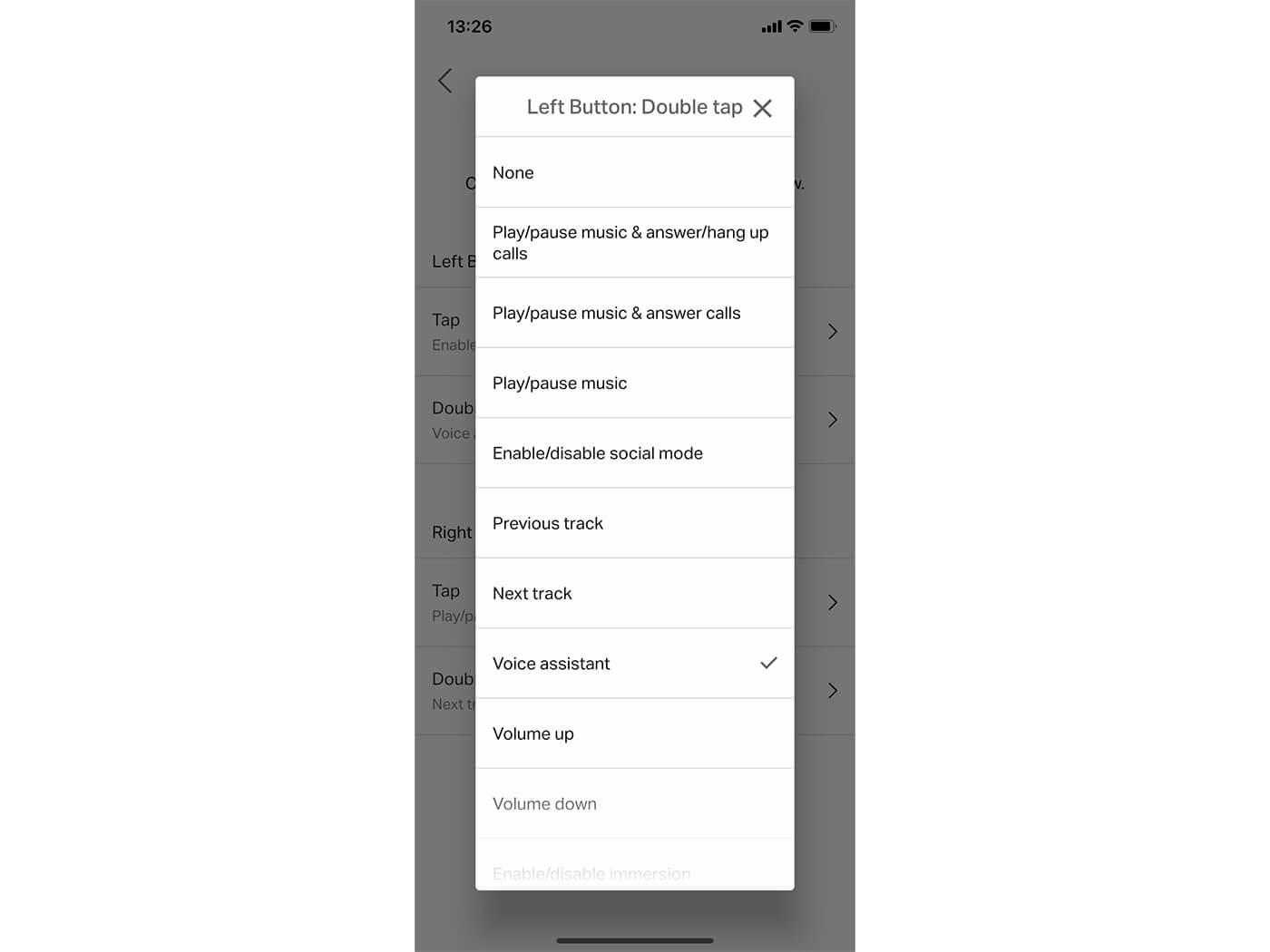 There are a few more features that you can customise in the app. Each bud has a touch-sensitive side panel, and each one can be assigned a single and a double-tap action. These include playback and volume controls, answering a call, activating the phone’s voice assistant and switching Immersion mode on or off. Active noise cancelling is on by default and works well, blocking external sounds. But you can suspend it by tapping the Social Mode setting, which reduces playback volume and activates the buds’ microphones to blend the sound around you with your playback.

Nuratrue is a clever system that provides a listening experience tailored to the listener and literally to the shape of their ear canals. Sonically they are excellent, with bags of power and clarity across all frequencies. Hardcore audiophiles might baulk at the idea that music is being processed differently from the way it was originally mixed, but plenty of earbuds don’t do this. For those after an exciting and dynamic listening experience, Nuratrue certainly punch above their weight.