The NDH 20s are Neumann’s first headphones, but can they deliver the kind of quality results that the company’s microphone and monitor users expect? 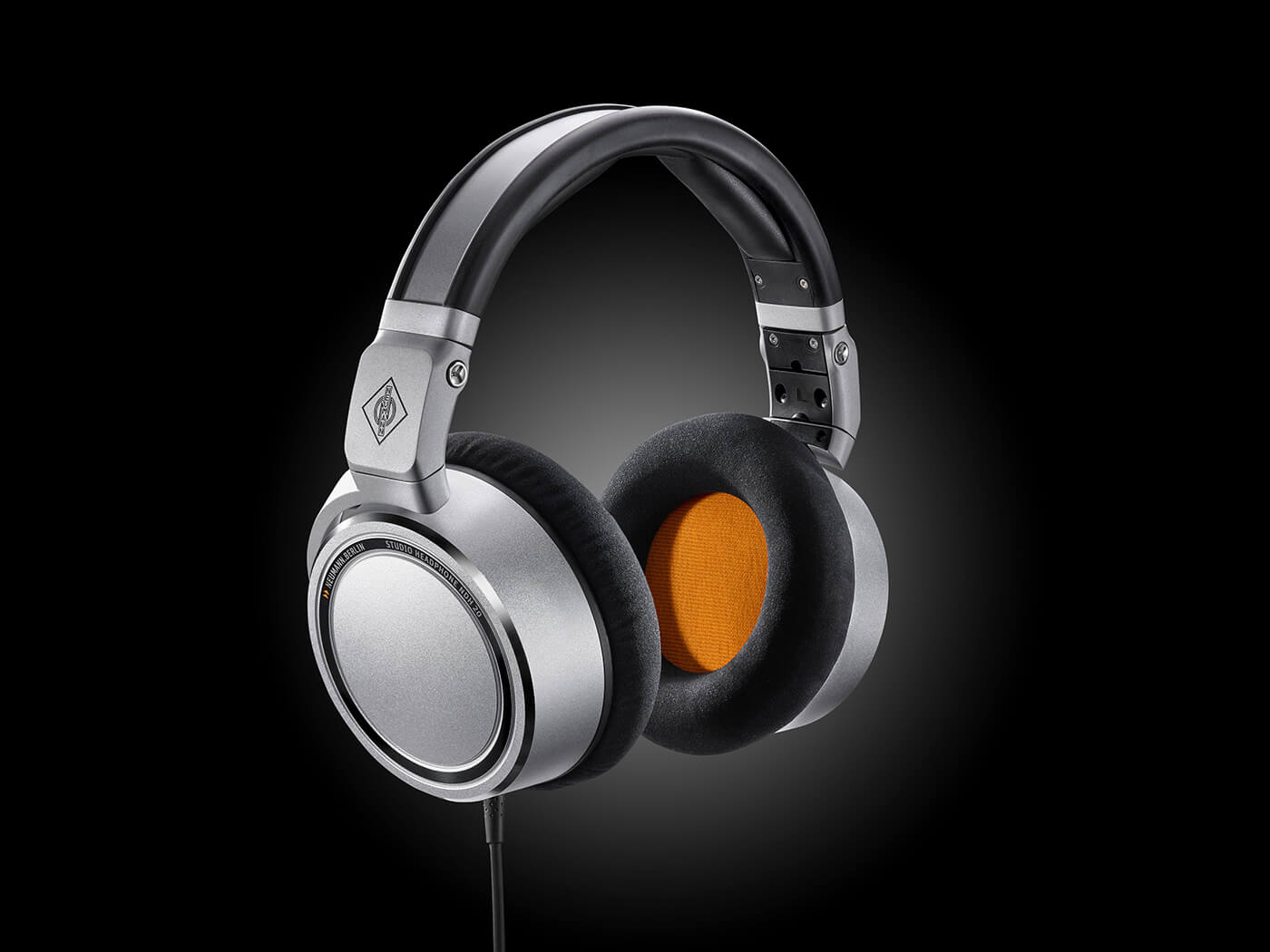 You’ll know Neumann, of course, for its classic and modern microphones. The U 87, for example, is the microphone that pretty much every artist, producer and engineer we talk to cites as a personal favourite; indeed, Neumann started remaking this microphone last year, after its second-hand price had soared so much due to demand for the original version.

What you might not know the company for, though, is its well-regarded range of monitors. I was tempted buy a set from this KH range a few years ago, so good was its reputation. Sadly, that never happened, but what I have managed to get is this new set of NDH 20 headphones for review – a debut set of headphones from Neumann and the first time that the company has attempted to transfer some of that monitoring expertise into a set of cans.

Neumann has designed these closed-back headphones specifically for studio monitoring, editing and mixing and claims that they offer ‘an astonishingly detailed, well-balanced sound image’, similar to the company’s loudspeakers. So let’s see if those claims are justified.

Neumann isn’t the first company to embark on this strategy. Most recently, I reviewed Adam Audio’s first attempt at headphones, the Studio Pro SP-5s and concluded that they really were a genuine headphone alternative to a decent set of studio monitors. 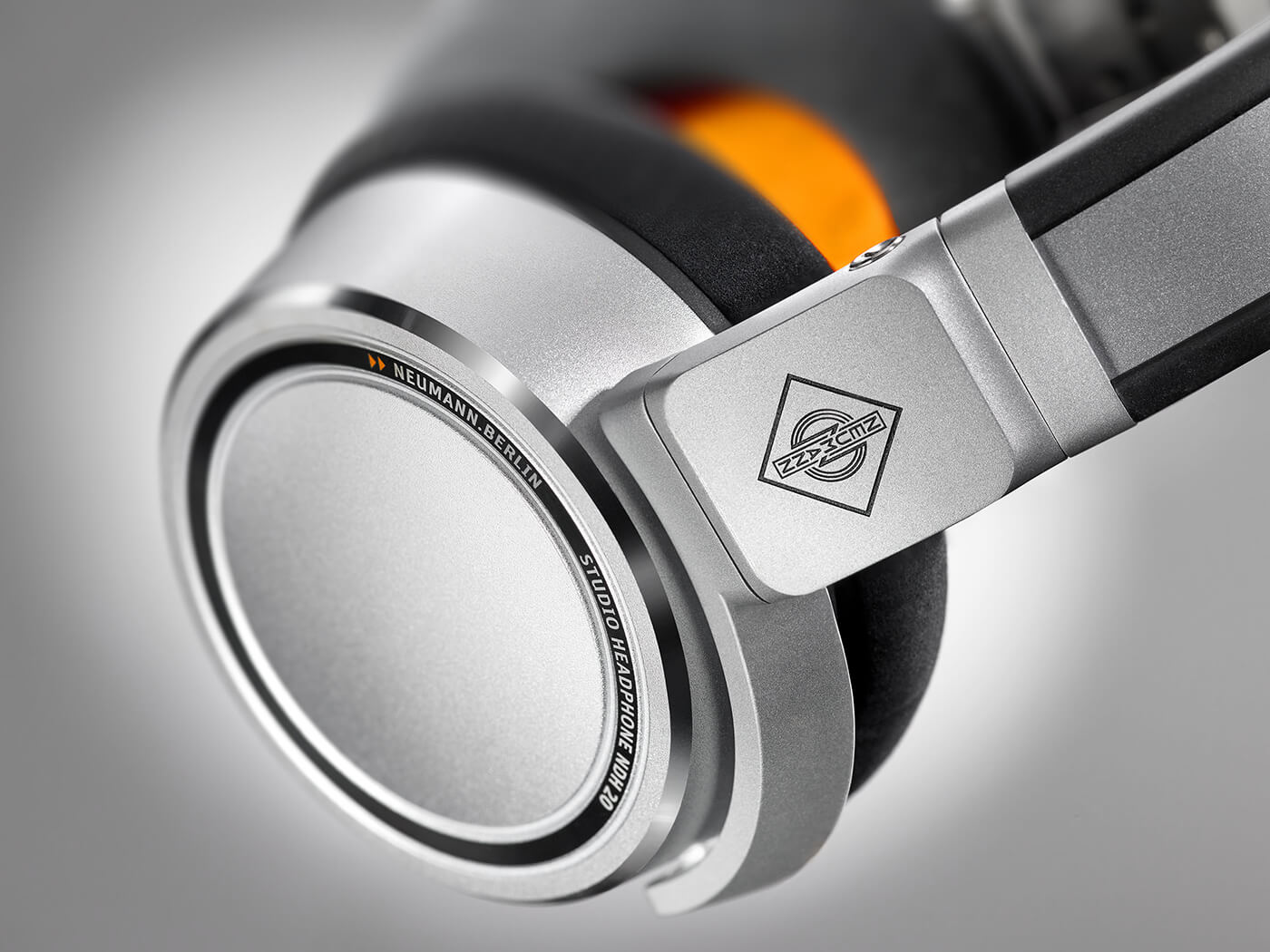 The NDH 20s are closed-back headphones which do have some advantages over open- back equivalents when it comes to mixing your music. (Many people prefer the alternative open-back design more for a music-listening experience, as it’s a lot more natural.) A closed-back design does pretty much what you’d expect from the description; your mix is enclosed, you’ll get less sonic interference from the outside world and your music should therefore be laid out before you in all of its intricate detail, so you can easily make those precise mixing decisions.

That’s the theory and it is largely justified, although closed-back phones can tend to feel a little tiring and clingy over long periods and some claim a general midrange weariness, although I’ve never really experienced that. The best sets of closed-back headphones are able to add a little vibe to your playback experience, so you can largely ignore the enclosed feel – and I think that’s what Neumann is attempting here, as they do have a lovely sound.

The design of the NDH 20s means that you don’t feel too entrapped. At 390g, they are heavy enough to sit well on your head, although some extra padding might have been nice on the metal headband (or that could be my bony head shape).

Isolation is pretty good. With no music playing, they don’t block out the sound of my typing as I write this – as some more active-isolation headphones can do – but when that music starts, you certainly feel immersed in it, which is what good closed-back phones should do.

They will also allow you to monitor at sensible levels with zero impact from the outside world – indeed, I found myself actually reducing volumes soon into my listening tests, which is always a good thing. In fact, after a while, I did start to feel completely isolated from the outside world – great in the studio, but perhaps less helpful when you’re crossing roads. (And as these are stylishly designed to be seen in, I almost feel obliged to add this as a warning: use open back when you’re out and about, closed back for the studio, kids!) 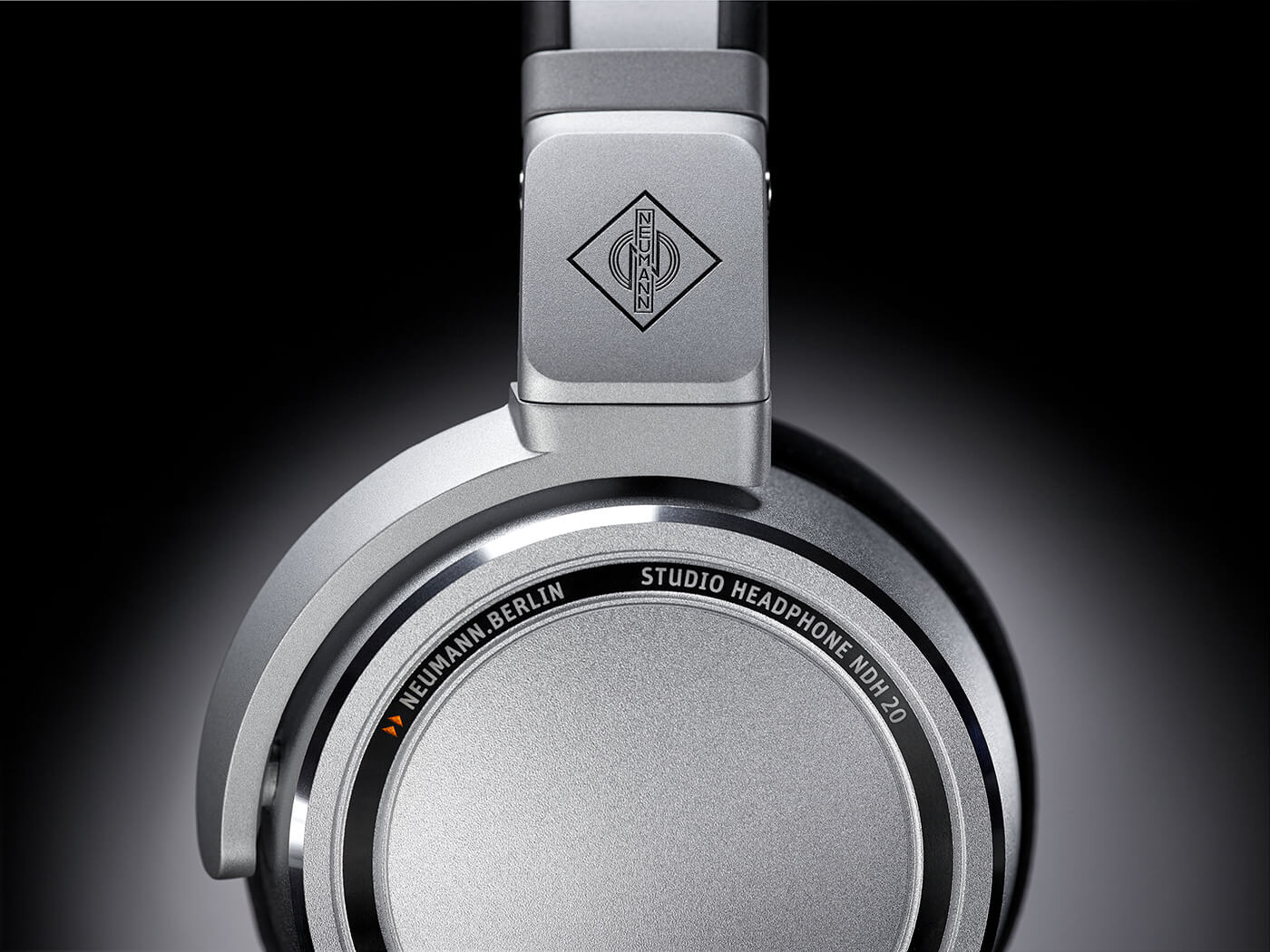 The immersion is helped by a beautiful sound stage which extends as far left and right as it does top-down. It’s not as ‘live’ as some open-backed cans, of course – the best of those can put you in the centre of a studio or gig – but these offer as wide a ‘closed’ experience as I’ve heard.

In terms of accuracy versus vibe, I’ve said before that the Holy Grail of the monitoring world is a set of speakers or headphones that delivers accuracy without taking your head off with the harsh realities of mix accuracy. This is rare as finding monitors that give you a decent vibe for longer listening sessions means that they have been coloured somewhere across the frequency spectrum.

With the NDH 20s, I feel that there is some colouration. There’s a slight lift in the bass, which definitely helps the overall experience, but you’ll have to take this into account for accurate mixing. I found myself edging down some of the bassier sounds in some well-known mixes, for example, which might give too-light results in the long run.

Having said that, this was only slight and it is more than made up for by what I hear in terms of the separation of different bass sounds and other mix elements; you really can pick out your mix detail. And if you can pick a sound out within a mix with this clarity and detail, you will consequently have the ability to make some great mixing decisions with it.

Another bonus on my own mixes was the overall level. I was able to identify all mix elements at lower volumes, which goes back to that closed-back design. Finally, I put them next to my cheaper reference phones and found them far less aggressive in the mids and much smoother. Twice the price, yes, but worth the upgrade.

Comfort-wise, there are a couple of things to consider with good phones: the physical feel and that long-term listening vibe. For the former, the NDH 20s are neither the best nor worst. I find the larger and softer ear pads of Beyerdynamic’s DT range to be the best for my ears and while these aren’t too bad, they do get quite hot, which you could argue is a good thing, as it reminds you to take breaks in those longer sessions! In terms of the sounds, though, that vibe means you will definitely listen to these all day – it’s simply a great and pleasing experience.

No phones will ever offer true accuracy with a vibey feel to keep you listening – and only a few I have tested have ever managed to pull off any kind of working compromise. Neumann’s NDH 20 do lean more towards the pleasing listen with slight bass lift, but you could consider this a good compromise. This is because they offer so much in other departments that you will probably want to spend time with them to learn their nuances and then go on to mix well with them. 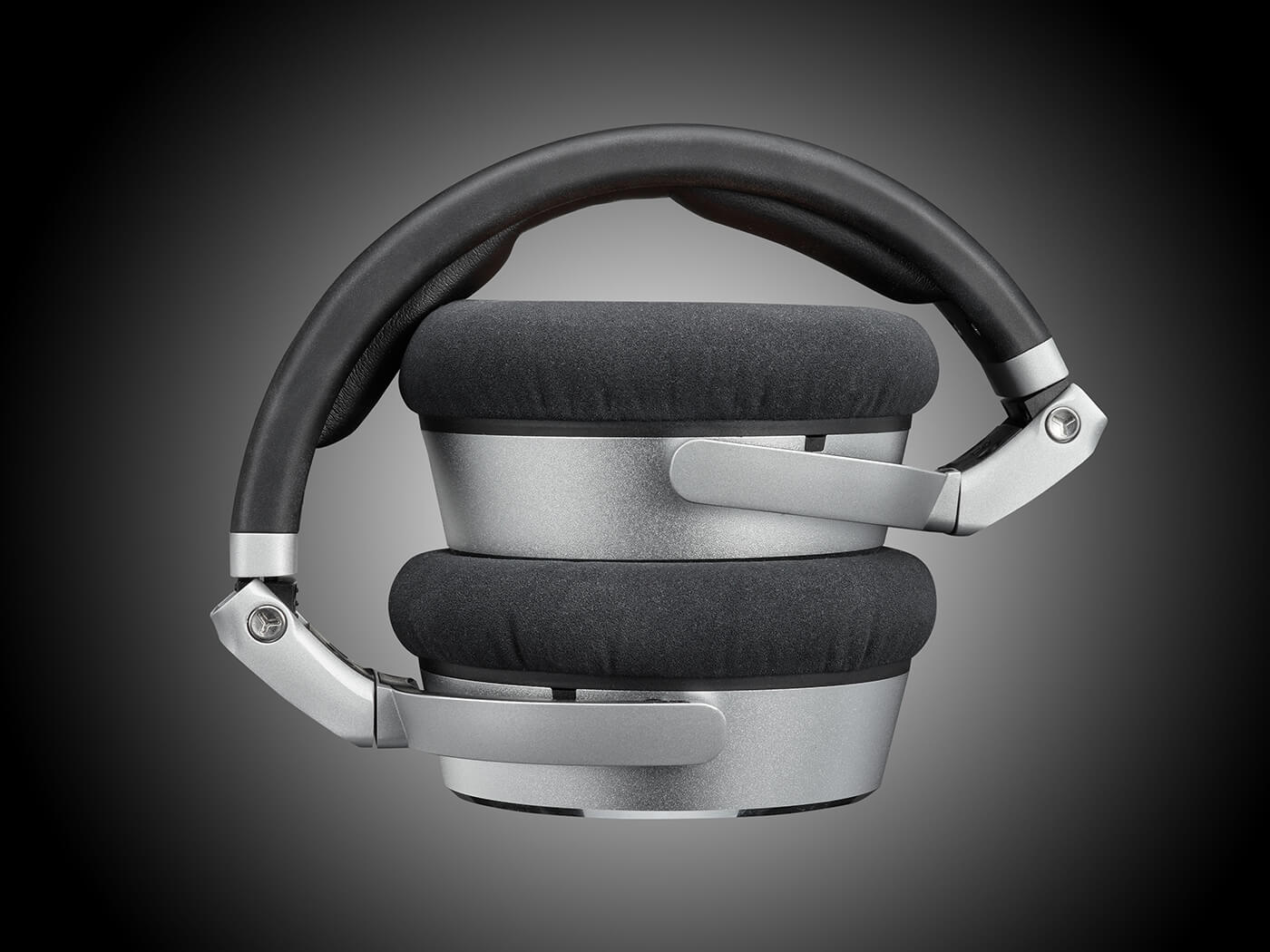 The soundstage is right up there with any closed-back headphones I have tested, the design is both cool and practical and the isolation is sufficient that you will enter an immersive and positive mixing world.

Using headphones for mixing is a necessity for some people, where space or neighbours impact. For the rest of us, they also offer a great source for A/Bing mixes made on a regular studio setup, and you should always try your mixes on as many playback systems as possible. However, over £400 for a set of headphones is a lot.

Of course, you don’t need to spend that much on them but, like monitors, the more you spend on them, the better studio overall mixing experience tends to be. Yet if you’re restrained by your studio space, or have annoying neighbours who don’t like your music, you may find the headphone route is your only choice, so spending that bit more is a necessity. In that case, these are among the best in that price bracket so are a great choice. If you are monitoring with speakers, they are not a must, but a good A/B source. 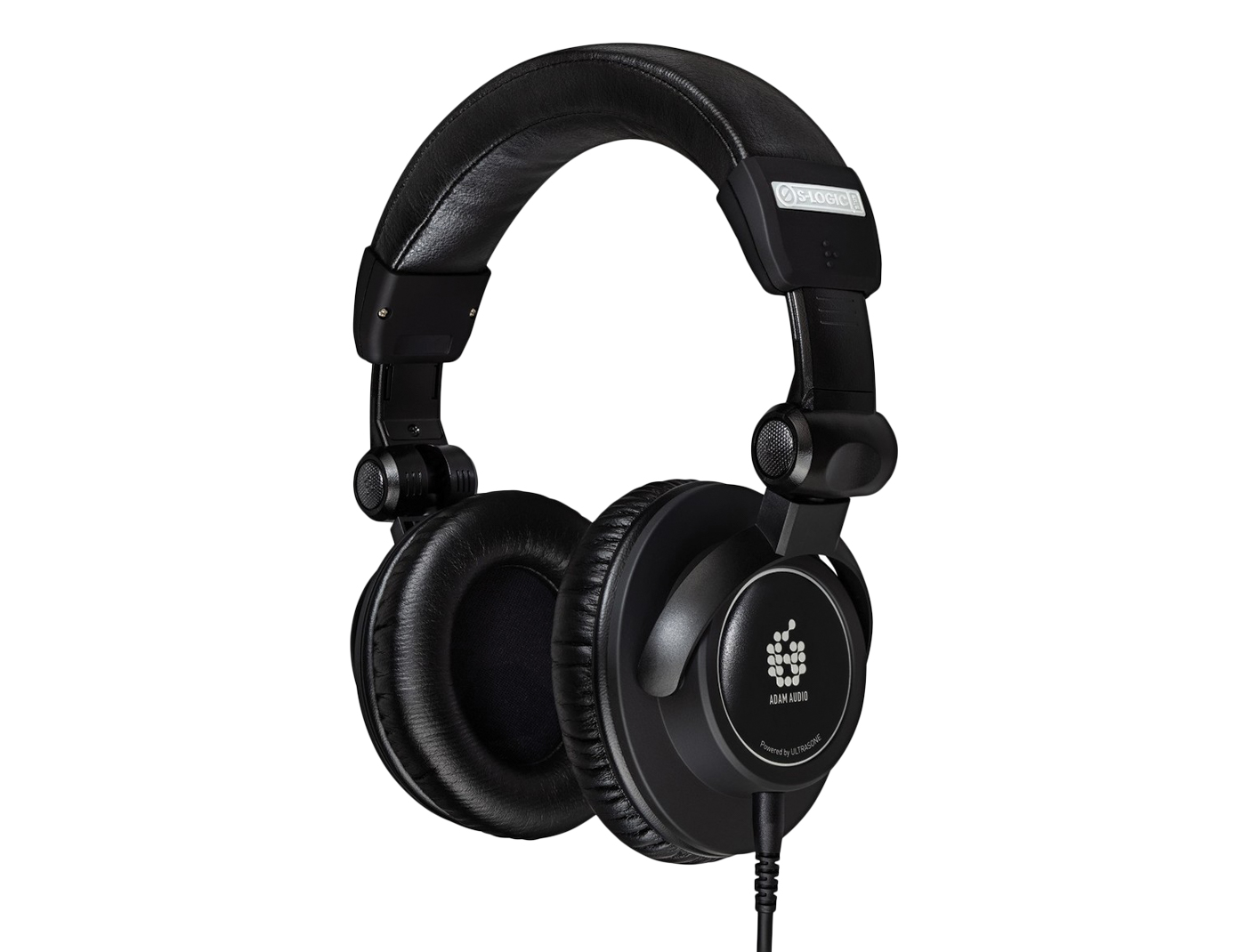 With a similar spec, these closed-back headphones do offer accuracy and vibe, a rare feat. They are not as pretty as the Neumanns, but are great phones for wearing inside the studio (rather than out!). 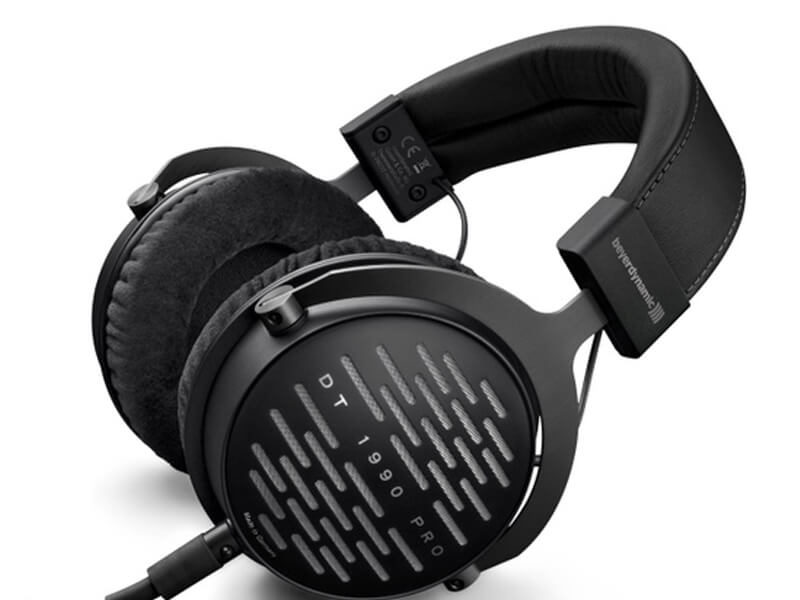 Still my favourite phones for their combination of comfort, vibe and accuracy and now just £399, a big drop from when I reviewed them. They’re open-back though, so will not give you the isolated experience.